BY FRANCESCA CADEL and MARCO MORO

Globalization has become so popular that it appears a banal and unfruitful subject. Everyone knows about it: globalization means that trains and planes carry people and goods freely around the globe, every country is connected and dependent on each other, many people work or study abroad. Usually, these premises are used to draw the conclusion that the world is more open and united. But are they enough?

Considering all the discriminations — some of them evident, others really subtle — that we observe around us, and the growing predominance of the Western model, understood in all its aspects involving every area of life, isn’t the world becoming more and more closed in on itself? We will ask these and other questions to major experts, exploring their views on how the cultural heritage of migrants is affected by displacement, and how this effect propagates from generation to generation. The path towards a more open world might have been already inaugurated, but we may still have a lot to learn about dealing with it. 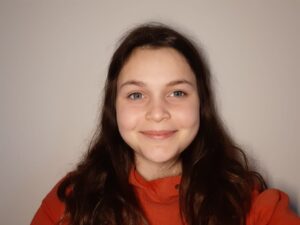 Francesca Cadel was born in Pordenone, in the North of Italy in 2003. She is currently attending a high school of Science and Technology at Liceo Michelangelo Grigoletti. She is interested in politics, history and civil rights; therefore she aims to get a law degree. She is part of the youth editorial staff of the local newspaper Messaggero Veneto Scuola and part of impactmania student internship. 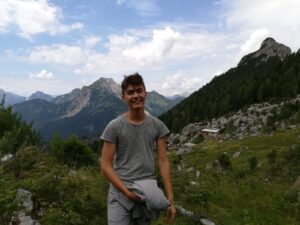 Marco Moro was born in San Vito al Tagliamento, Italy in 2003. He is currently attending the fourth year of the scientific high school Michelangelo Grigoletti. He is passionate about philosophy and politics, and he has been playing piano since his childhood. He is part of the youth editorial staff of the local newspaper Messaggero Veneto Scuola and part of the impactmania student internship program.

From Google Arts & Culture:
Contemporary Heroines (2015) is the second part of Abul Kalam Azad’s ongoing series that draws its roots from the classical Indian epic poem Silappathikaram, which is believed to have been composed from 3rd century BCE to 3rd century CE. Contemporary Heroines shot in the same region in which the poem is set, tells the tales of the great women of our times, hidden among us and engaged in their ordinary lives.