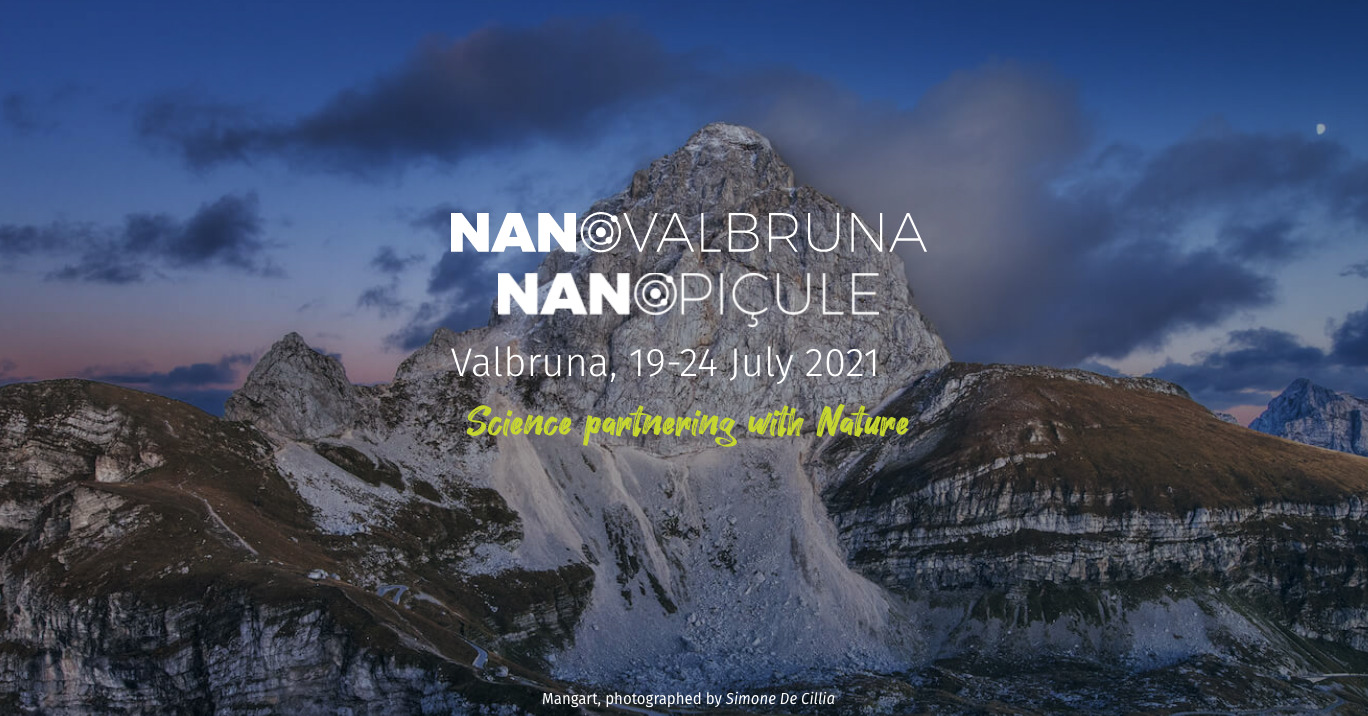 NanoValbruna is the first NanoGreen Festival of Friuli Venezia Giulia. Focused on the application of nanotechnologies for the solution of environmental and energy issues, this event promotes a double perspective: identifying innovative solutions to support the Green Economy and putting the economic and social resources of this territory and its community on the line.

Alongside the scientific panels, with the attendance of international leaders, the program foresees numerous interactions and exchanges with the local community, and two days of activities dedicated to school-aged children (NanoPičiule), directed by young researchers, experienced teachers, and designed with the collaboration and presence of senior scientists. 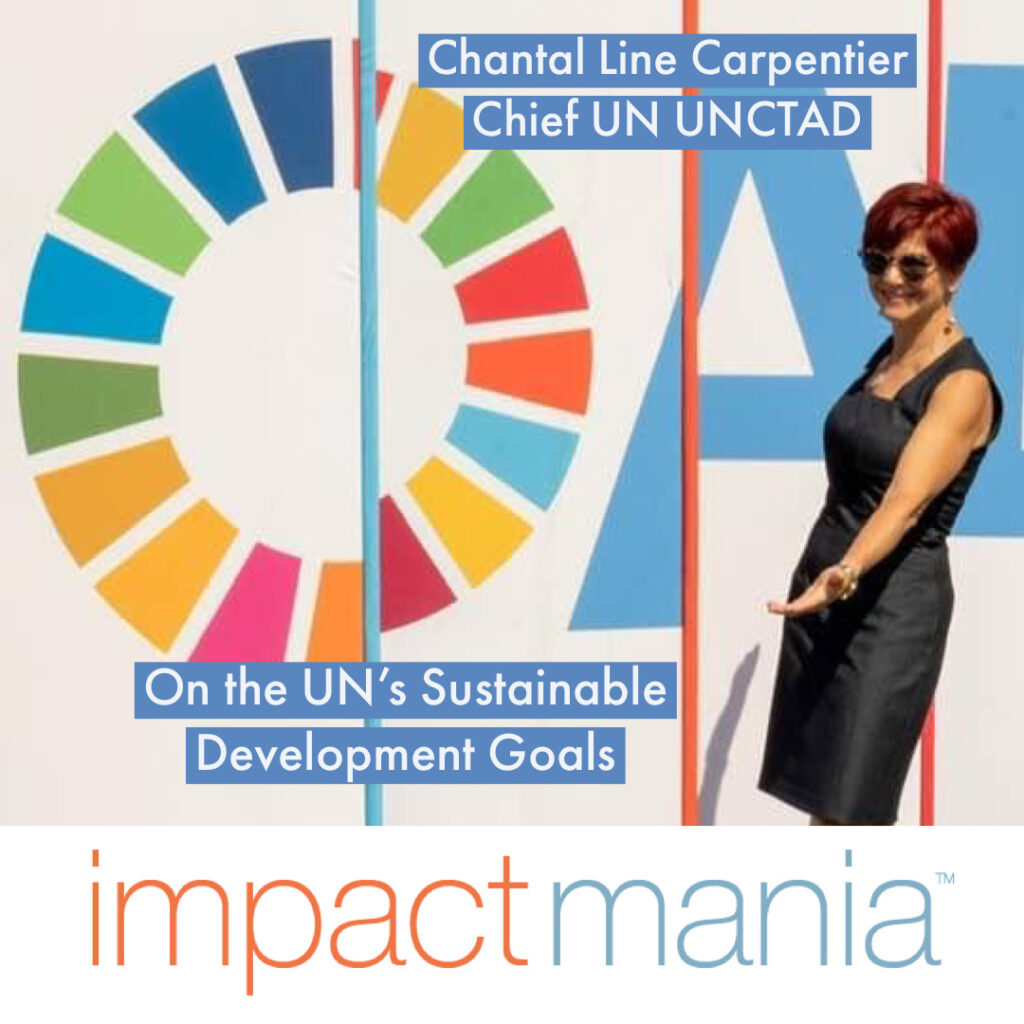 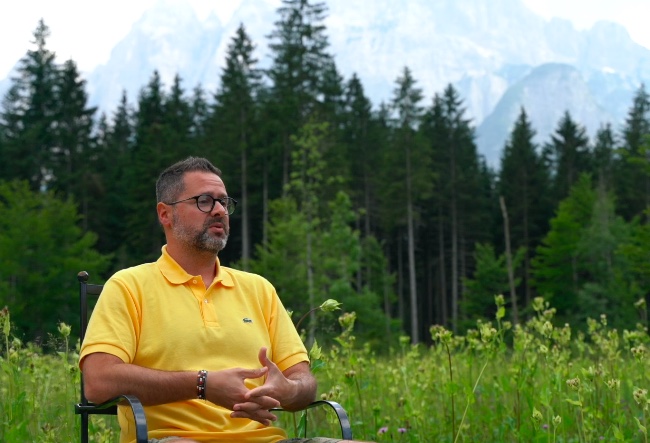 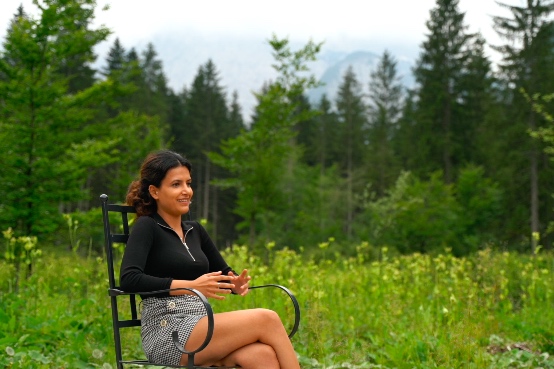 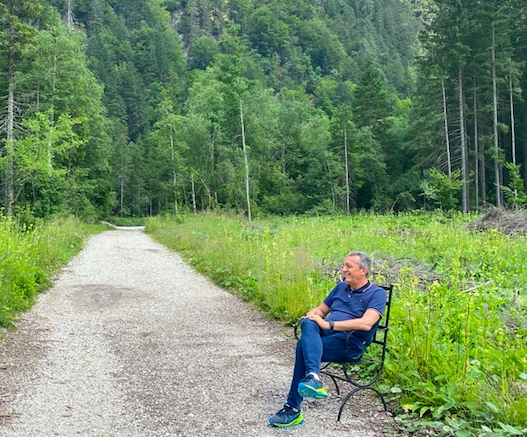 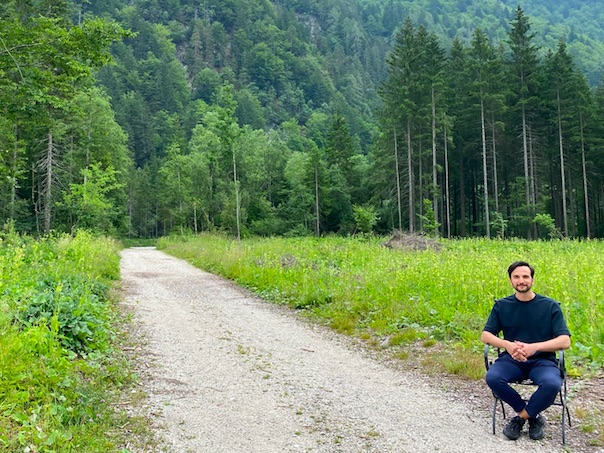 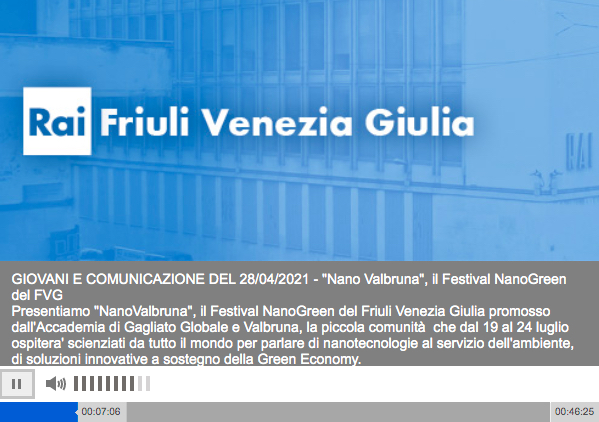 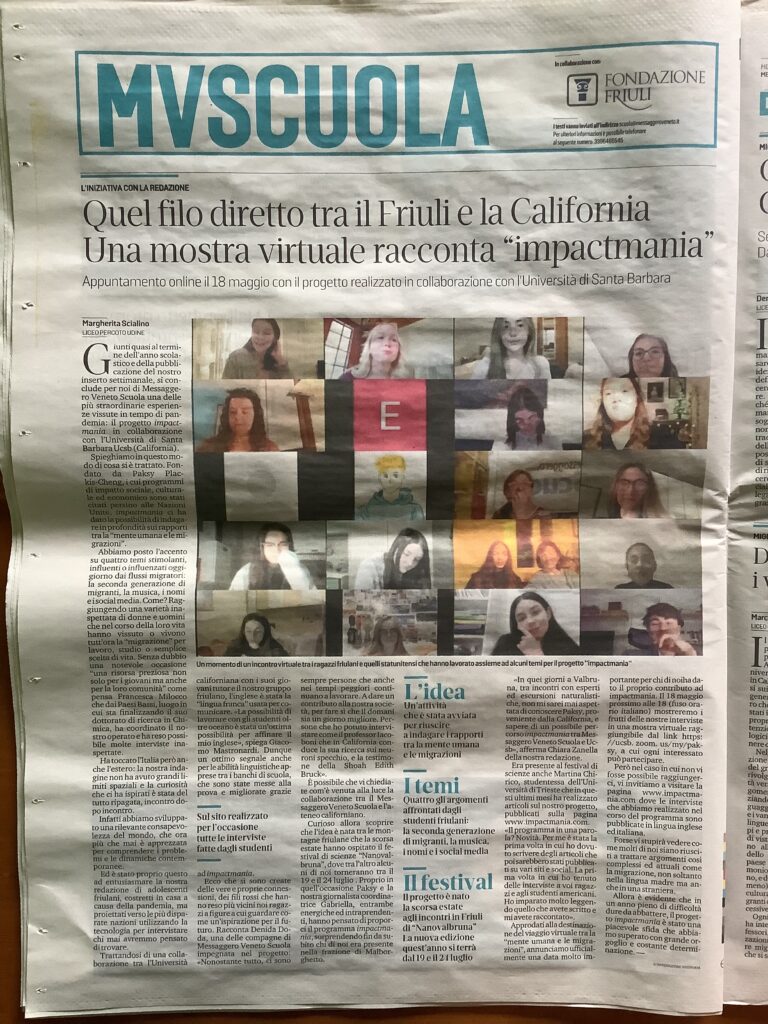 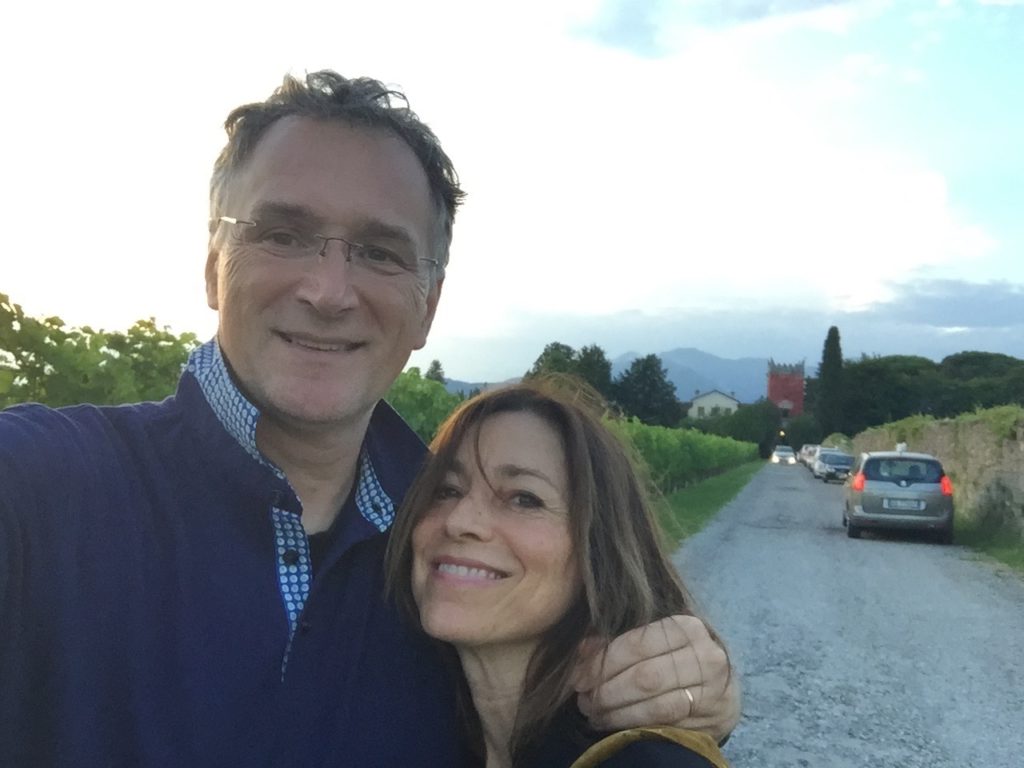 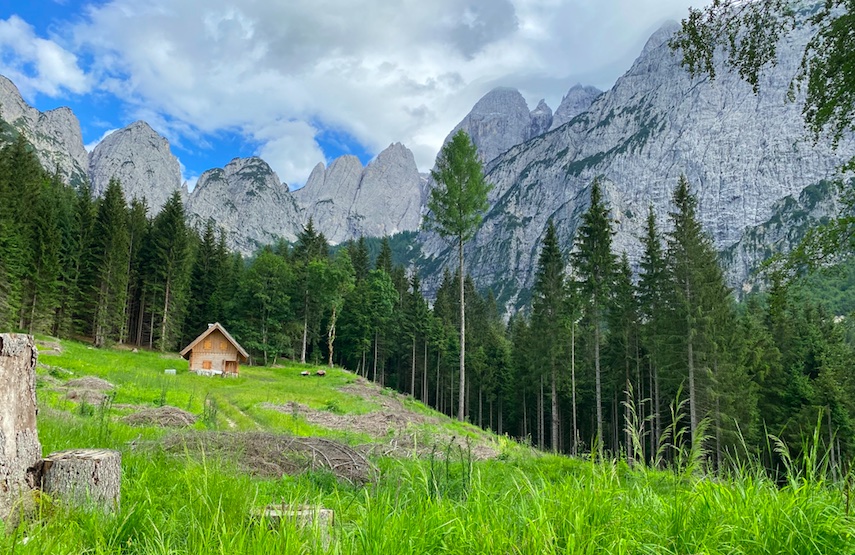 Dr. Rinaldo Comino: Sustainable Economy is the Future of Work 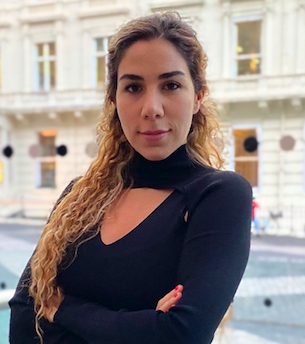 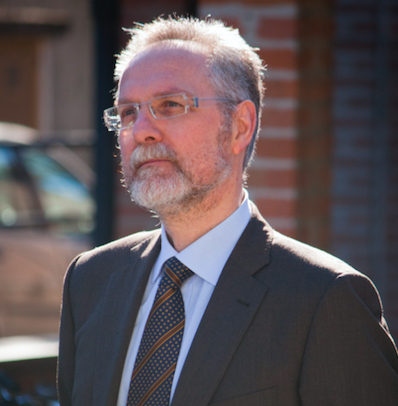 Francesco Marangon: Revive the Beauty of your Region 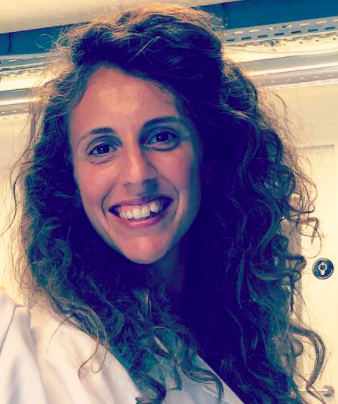 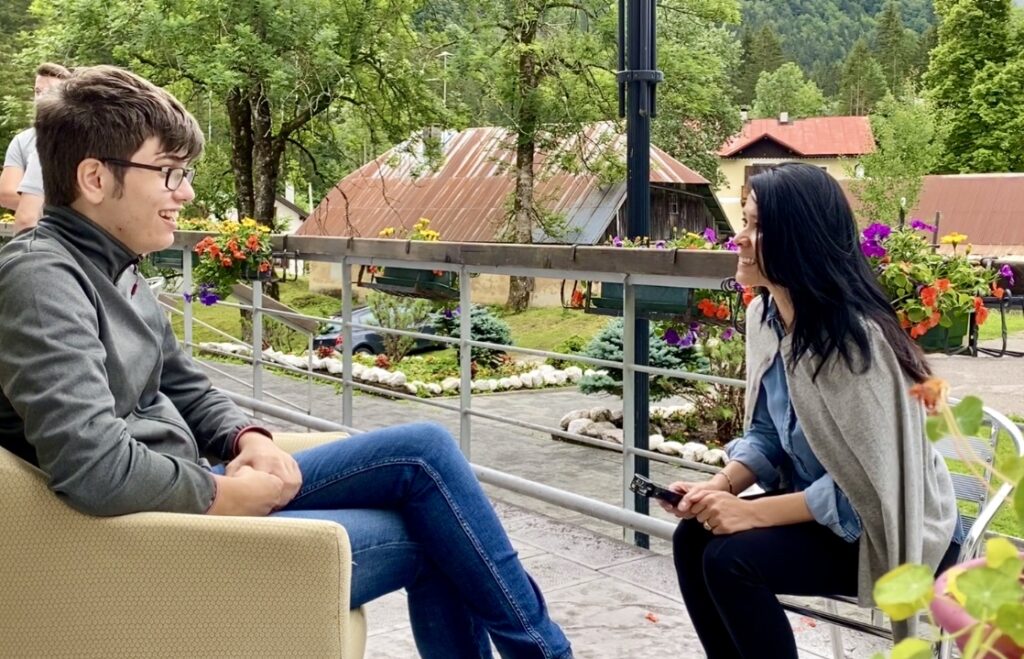 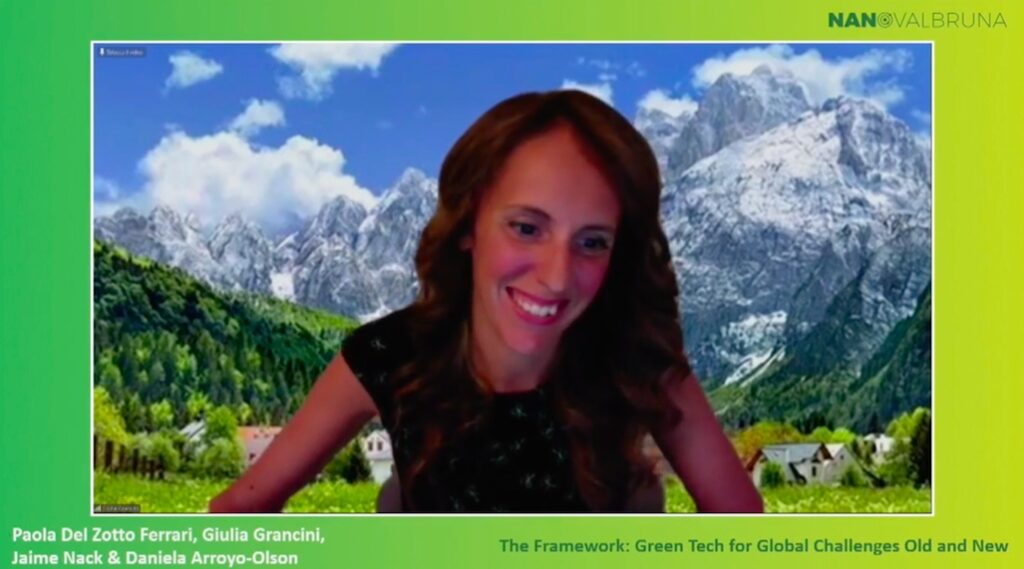 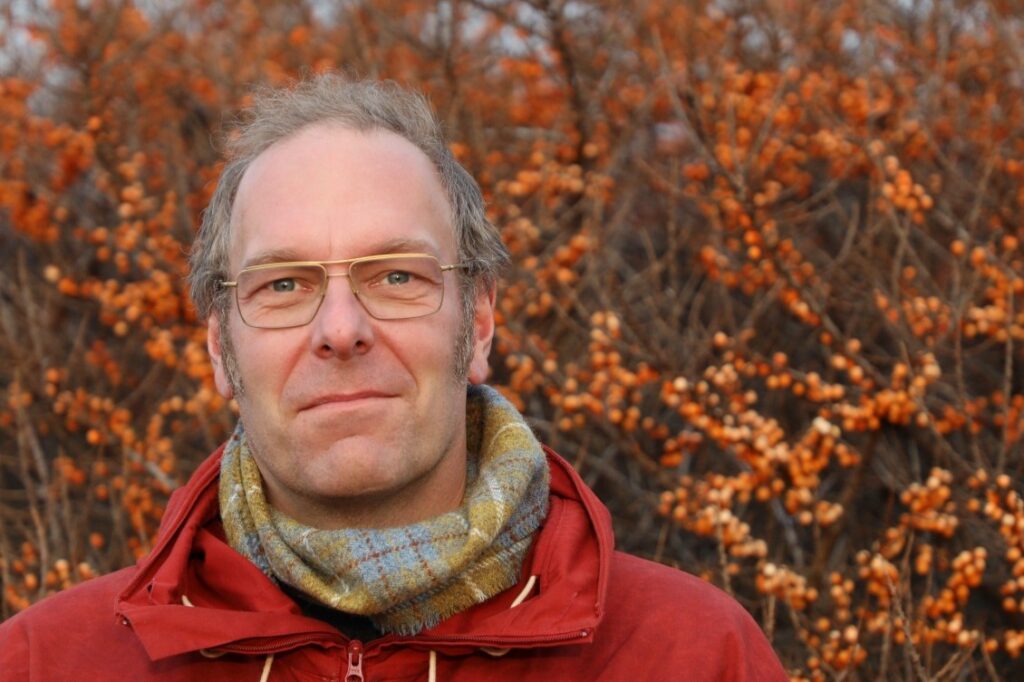 NanoValbruna collaborated with impactmania and the young editorial staff at the Messaggero Veneto, a daily newspaper in Friuli collaborated on making scientific research more accessible to the public-at-large.

“In redazione con noi” is unique in the Italian media landscape. The initiative was born 20 years ago from an idea shared by the newspaper and the Friuli Foundation. It involves the creation of a newspaper entirely written by students of all levels studying in the provinces of Udine and Pordenone. In particular the high school- and university students make up the two editorial offices of the Messaggero Scuola. The purpose of the project is the growth of young people in terms of information and above all, knowledge of the reality in which they live in and of the opportunities that the surrounding world offers them. The analysis of the problems related to our times also allows them to develop an independent and critical thinking approach. This experience allows them to better orient themselves in their study and work choices.

impactmania features people and projects that drive cultural, social, and economic impact. This is to inspire, involve, and connect the current and next-generation’s impact makers.

impactmania’s work have been featured in international media, a number of universities presses, the UN, and the U.S. Consulates. impactmania’s Women of Impact program was awarded the U.S. Embassy Public Diplomacy grant (2019).

Pakley Cheng is a Marketing Communication professional specialized in (re)branding, communication and promotion of sustainable products and companies. She traded in her extensive commercial background maximizing the value of highly recognized brands to support positive social projects. In 2017, she founded the agency LMK. With LMK she takes on engaging community projects and spends her time mostly giving back to society through producing (inter)national projects to benefit vulnerable and underserved communities. 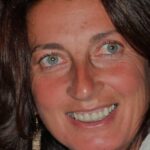 is the Vice-Dean of the high school Liceo Percoto in Udine and lecturer in Law. Annalisa is an expert in innovative didactic projects and former lawyer of the Udine bar. For years she directed the Department of the Liceo Economico Sociale and collaborated with Pearson for the drafting of the didactic texts. She was a member of the Board of “European Dialogues” and she collaborated in the implementation of various school-related socio-economic development initiatives. Annalisa co-leads the team NanoValbruna as part of Accademia di Gagliato Globale 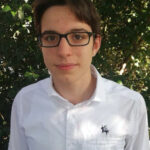 Federico Del Col (16) participated this year in the project of the Messaggero Veneto School, for which he conducted mainly interviews, both for the paper and on YouTube during the recent quarantine period. Federico has been part of a Scouting group in his hometown (Pordenone) for several years where he became passionate about the outdoors activities. He attended the classical high school for three years, a school focused on the study of Latin and Ancient Greek languages. This year he will begin an experience abroad, studying two years at the United World College in Maastricht, an international school in The Netherlands. 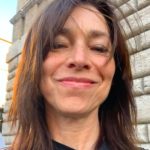 Paola Ferrari co-founded Accademia di Gagliato (nanogagliato.org), the precursor to NanoValbruna. The platform NanoGagliato helped revitalize the small village of Calabria, Italy and has received mention by UNESCO. The science community festivals are now being replicated in several countries. Paola is among the founders of the Equality Moonshot, an initiative aimed to balance global wealth allocation as a requisite to achieve the SDGs. Paola is also a member of FAB, Lamborghini’s Female Advisory Board, and a consultant for Automobili Lamborghini on matters of global sustainability 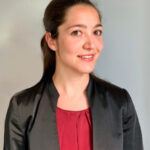 Francesca Milocco was born in Udine, Italy 1991. After obtaining the master in Chemistry at the University of Trieste, in 2016 she moved to The Netherlands to pursue the PhD in Chemistry at the University of Groningen. Her research is in the field of coordination chemistry and the homogeneous catalysis with a focus on sustainable issues, such as CO2 utilisation or the replacement of scarce toxic metals with non-toxic earth abundant one in catalytic transformations. 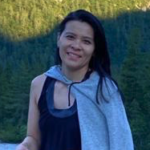 Paksy Plackis-Cheng is an award-winning creator of programs around identity and community building. She produces and leads an innovative interdisciplinary mentorship program — springboard to career — at the University of California, Santa Barbara. Her work has been cited in numerous media and university presses, U.S. Consulates, and the UN. She is partnering with NanoValbruna to make cultural, social, and economic impact more visible and connect those who drive change with the next generation of impact makers. 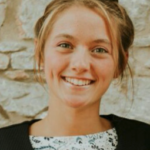 Anna Previt was born in Gorizia, Italy in 2001. In June 2020, she obtained the high school diploma in “International Relations for Marketing” at the technical institute “Zanon” at Udine. Anna has been collaborating with the local newspaper “Messaggero Veneto” for two years. She loves sports and plays basketball, volleyball, and beach volley. Recently, she also started kitesurfing. Anna is a volleyball- and beach volley referee at regional level and she is an assistant coach of a mini volleyball team. Her goal is to attend the university of physical education. 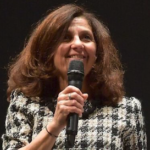 Gabriella Scrufari graduated from the classical high school in Udine before her degree in Literature and Philosophy. Since 1991 she has been a professional journalist. Since 2003 she has coordinated the young editorial offices of Messaggero Veneto as part of the project “In Redazione Con Noi”. From 2003 to 2006, Gabriella was press officer of the Provincial Committee of the Italian Red Cross. She has held journalistic theory and technique courses developed for high schools in the province of Udine and managed a similar course for the university based in Gorizia. 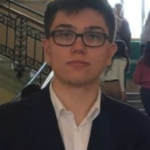 Emanuele Quagliaro was born in Udine, Italy in 2002. He is currently attending the fifth year of classical high school “Jacopo Stellini” in Udine. He is actively taking part in the MV Scuola for two years. MV Scuola’s project involves the young student in the world of journalism both in print and on other media, including the internet and radio. Passionate about history since his childhood, he was awarded a special mention for his historical work in the first edition of the “Friuli Scuole” prize in 2018. 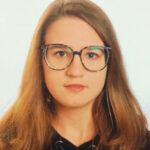 was born in Palmanova (Udine), in 2001. She graduated in 2020 at the Jacopo Stellini High School in Udine. She is currently a student of nursing and aspiring journalist.