Article in Italian by Martina Faggiani, translation by Alessandra Scomparin

For the original article published in Messaggero Veneto, click here.

The start of a project between two overseas editorial staffs: Messaggero Veneto and impactmania students at the University of California, Santa Barbara (UCSB) working during the school year. Cultural and different experiences exchange aiming to grow together.

As the year is ending, a new challenge begins for Messaggero Scuola: the association with a group of students from the University of California, Santa Barbara. During Christmas vacation, the young people of our two newsrooms of Udine and Pordenone will meet virtually with their colleagues overseas to work together on topics of very recent events which will result in articles, interviews, Instagram lives, podcasts and YouTube episodes. This is a new collaboration that translates into two internships with similar purposes: helping the young participants develop their own incisive thinking skills and create quality content utilizing modern digital tools, which in this exceptional time have become essential for communication and information. “The goal we establish is to create connections that last a lifetime.” This is the message that Paksy Plackis-Cheng, Senior Fellow of Research and Media at UC Santa Barbara, has given to the students in the first online meeting on the second of December, summarizing in one sentence the spirit of this international collaboration: the comparison between cultures and experiences, providing benefits that can lead to human progress.

The projects already started by the American students will offer a starting point to confront two realities. The theme chosen by the Californian group is Human Mind and Migration, a current study on the effects of migration on humanity and society (incorporating neurosciences, social politics, and culture) in which the term “migration” needs to be understood not only as a phenomenon determined by war, famine, and climate change, but also as globalization and its impact: a radical change in life, studies, and work perspectives. Divided in groups, the students will start a shared path that will continue for the whole school year and offer both groups opportunities to better understand their overseas colleagues’ “work” realities.

The Californian students are busy with an internship supervised by Paksy Plackis-Cheng, who creates interdisciplinary programs for her students at UC Santa Barbara. Paksy is also the founder of the online platform impactmania, a network which conduct in-depth interviews and connects cultural, social, and economic projects.

“Human Mind and Migration” includes various focus points such as The Role of Social Media in Migration which will include participants in an analysis of the influence of social media on the decision to migrate and the integration of new migrants. Music and Migration: The Movement of Sounds” will then offer starting points to analyze the ways in which music is connected to individual and cultural experiences, while Second-Generation Neurological Responses to Migration will examine the transformation of second generation migrants’ minds and childhoods from both a scientific and social point of view. Finally, A Migrant Genealogy of Naming will study migrants’ names, the tradition they derive from, and their relationship with cultural assimilation and social protests. With this new project, the editorial staff will continue the initiative already started last spring during the emergency with weekly appointments on its Instagram profile, the Messaggero Veneto YouTube channel, and with podcasts, representing the innovation introduced this new school year. 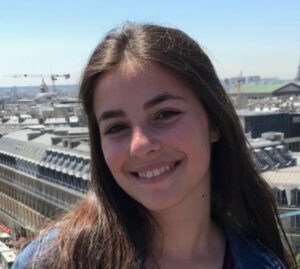 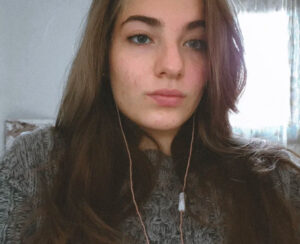 Alessandra Scomparin was born in Pordenone, Italy in 2003. She is currently attending the fourth year of the scientific high school Leopardi-Majorana in Pordenone. This year she has been participating in the project Messaggero Veneto Scuola and is part of the impactmania internship program. She is very curious and wants to learn everything she can from every situation. Passionate about music and languages since she was born, she plays the piano and the ukulele. Alessandra also spends time learning new languages on her own (currently studying English, German, and Korean).

Hostile Terrain 94: Art as a Means for Political Change
Hannah Jongsma: Is Mental Health of Minorities Related to How They Are Viewed by Others?
Featuring You in 2020!
Join us: Women of Impact is going to New Zealand!