LANGUAGE AND MIND:
HOW THE WORD INFLUENCES THE WORLD THAT SURROUNDS US

BY LUDOVICA BORGATTI and GIACOMO MATRONARDI

We decided to interview Franco Fabbro, Professor of Clinical Psychology at the University of Udine, as he is a great expert in neuropedagogy of language, on whom he has written many books. He seemed to us the best person to answer our questions about how the language we speak affects our way of living and thinking.

In an increasingly interconnected world, where the opposite poles of the Earth could be joined with a simple click, there are — and always will be — people who move and for multiple factors find themselves catapulted into cultures completely different from their own.

And it is here, where necessity becomes demand, that communication becomes fundamental. When two cultures or two people meet, it is inevitable that one transmits something to the other, be it a voluntary or involuntary exchange. The first means by which a conscious relationship is established is the word, a constantly evolving tool like the same living being that uses it. In the world there are over six thousand languages used by humans and each of these differs from the other in various aspects.

How do the languages we speak affect us in the brain?

For the answer, we interviewed the Professor of Clinical Psychology at the University of Udine, Franco Fabbro, who graduated in Medicine and Surgery with a thesis on the nervous system and language and has long been interested in the neurolinguistics of bilingualism, especially in childhood.

The Professor also deepened the topic in two of his books entitled Neuropedagogy of languages (2004) and Cultural identity and violence (2018).

First of all, it must be said that neuroscience studies indicate that each language determines a specific sculpture in the brain. In the case where a subject is bilingual, at the macroscopic level the two languages can be found in the same areas. While at the microscopic level, as far as neuronal networks are concerned, they are located in two partially different areas. Therefore, this allows you to hear and understand two languages at the same time, but not to speak them simultaneously.

The statement, “Each language determines a different worldview,” is therefore substantially true.

A different point of view on the world around us can be found, for example, in the typology related to “gender” characteristic of a given language. In fact, gender is an arbitrary category that profoundly affects a person’s way of thinking. Spatial orientation also changes the way we approach something.

Most Indo-European languages are ego-centered, meaning the speaker is the point of reference for speech. For example, when we say that a city is 400 kilometers away, we take the position in which we find ourselves as a reference point, yet there are languages spoken by the Australian Aborigines in which a given mountain is taken as a reference. It has been shown that this different perception of space results in a better ability to move. 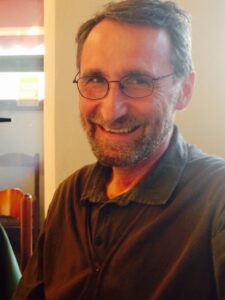 How advantageous could it be to know more than one language?

From a practical point of view, they can in fact access a larger amount of information and opinions different from each other, while from a neuropsychological point of view it has been found that those who know how to express themselves in multiple languages must constantly exercise an action of choice and inhibition of the language to use.

This implies that the functions of the frontal lobe are more developed, a brain section that man already possesses in a more evolved way than other living beings. In some way, therefore, one of the most “noble” parts of the human psyche is being trained.

The maxim, “Those who know more than one language have lost their heart,” shows us how the condition of multilingualism allows a subject to pass from a condition of linguistic ingenuity to a dimension of greater complexity which is certainly more realistic.

This happens because the affective component differs according to the languages and is therefore no longer unitary. Sometimes, the difference is obvious: those who speak only one language tend to overestimate their world and consider others inferior, while for those who know several languages this assumption begins to waver.

Multilingualism makes you gain many things, but it can also make you lose others. It would therefore be important to encourage multilingual education based on respect for and conservation of languages defined as “minors”.

​Do you believe that the Italian and international school system provides adequate provision for learning a new language?

Compared to my time, when foreign language teachers often didn’t know enough of the language they taught, but only knew the grammar, the situation has improved.

However, I do not believe that the Italian school prepares students in the best way to tackle the study of a new language in addition to English. 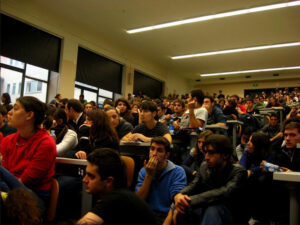 Bilingualism is nowadays a minimum skill — in my opinion we should promote an education that is increasingly focused on multilingualism.

This is a case/action that has been going on for a long time; in fact, the European Union had already issued a recommendation for multilingual teaching in primary school in the late nineties.

In drafting this recommendation, in which I would participate too, European educational institutions were exhorted to immerse children from an early age in a multilingual context. 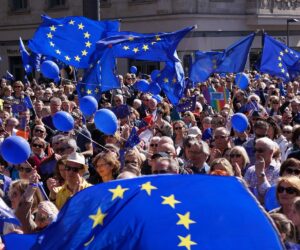 People for a united European Union. Photo: Pulse of Europe.

The intention of the European Union (EU) was to train European citizens to be capable of speaking at least three languages of different lineages. This process may be simpler than you think.

In the same way I would deal with the question of religions, which in my opinion should be considered such as foreign languages, and Italian literature, they should be taught, also through practice, for at least five hours a week.

This would allow the student to have an overview of the world around him, thus favoring integration and tolerance. Thus one would come to understand that cultural differences as well as linguistic ones are minimal and the basic principles of languages and religions are the same for all human beings.

How do you believe that the linguistic stress to which an individual is subjected can foster a healthy relationship between cultures?

Moving from one place to another determines a large component of stress, almost equal to that of the loss of a loved one.

Human groups, since they developed language about 80,000 years ago, have structured themselves within different languages, shaping linguistic communities, in addition to and above all cultural communities.

These environments characterize the people who inhabit them both in their recognition and in their distinction from other linguistic groups.

Even very young children know how to distinguish the members of their community from others, preferring those they consider similar. 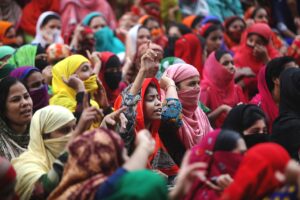 People therefore show that they tend to be open to strangers belonging to the same cultural group, while they are more closed towards those they do not recognize as analogues. Leaving or joining one of these groups is therefore not an easy experience.

However, man has universal characteristics that predispose him to welcome children and young women more easily. From a neurolinguistic and psychological point of view, the process of integration and mutual tolerance is therefore slow. There must be a considerable open-mindedness on both sides, based on respect and flexibility. 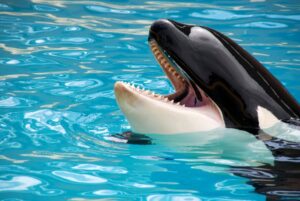 The orca chooses its partner based on the dialect with which it expresses itself.

We have evidence of this type also in the animal field: many passerine species speak and sing different languages and among these there are also “bilingual” individuals. Whales, social animals found all over the world, also sing different languages and even present dialects specific to each family group. Within the whales, language barriers have given rise to real different species that are able, however, to welcome foreign specimens in their group.

The process of adopting these “newcomers” is very long and takes about four years, in which the “adopted” specimen learns progressively the language of his new community. We also find this troubled path, even if in a different way, in human beings.

In both cases, integration must be based on tolerance and the willingness to integrate within the new linguistic community. 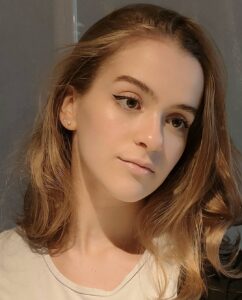 Ludovica Borgatti, born in 2004 in Italy, is a third year student of the Liceo Classico Stellini and is also part of the youth editorial staff of the local newspaper Messaggero Veneto Scuola and part of the impactmania student internship program. She has always had a great passion for reading and cinema, but one thing that fascinates her beyond all limits are people and their stories. 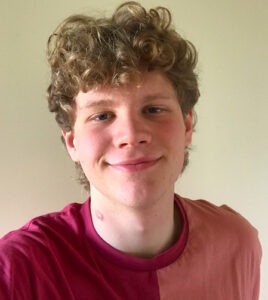 Giacomo Mastronardi, born in 2004 in Italy, he is a third year student at the Liceo Classico Stellini, he is also part of the youth editorial staff of the local newspaper Messaggero Veneto Scuola and the impactmania internship program. He has a great passion for writing, journalism, and literature. One of the things that makes him happy the most is socializing.