Being Social Becomes a Business

Being Social Becomes a Business

Ibrahim Chaabt and Ayoub El Bub are two Moroccan influencers present in the Italian social world, they are business partners, but more than that, they are two great friends. Their friendship started on social and that continues in the world of work. Both are young people with big ambitions and big goals in life, some of which are already taking shape. 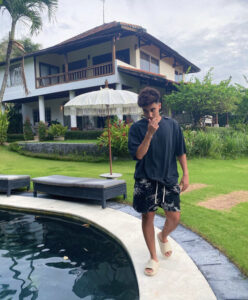 Ibrahim Chaabt debuted in the social media world in 2013 through ironic videos on Facebook, especially about his mother. Being known on social media has made his integration easier, both in everyday life and in work. In 2017 he began his career on Instagram, but did not immediately find the success he had on Facebook.

He spent a period alone, without friends and filled his afternoons with programming and improved in this field, until he came to work for a Google company.

Ibrahim has always had a great love for travel. Although his parents disagreed, he did it anyway, often without informing them. During one of his trips to Valencia in Spain, he was the victim of an attack by a group of Spaniards. While he, his friend Ayoub, and a girl were going to take a taxi, they passed in front of a pub and a couple of drunk people were present. The three friends were laughing in Moroccan and the boys in front of the pub began to make fun of them: Ibrahim reacted. The locals began to insult them, they threw a punch at Ayoub, and laid hands on the girl. This aggression was the subject of much discussion, but they have always shown their authenticity without leaving space for the doubts of their followers.

Wanting to be a point of reference, Ibrahim always tries to remain humble by expressing and sharing his adventures with his followers.

Ibrahim has always been very skeptical about friendships. He never believed it, but knowing Ayoub El Bub has definitely changed his mind. After meeting, the two became, as well as friends, also colleagues, business partners. 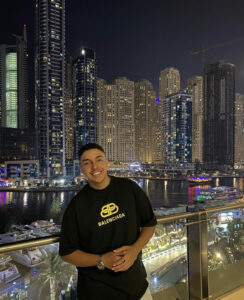 For Ayoub, Italy is everything, more than home. Even if he has always seen an inferiority in being Moroccan in Italy. “Social media didn’t help me integrate, but they confirmed my idea.”

Ayoub began using social media during work breaks, becoming increasingly known and arousing more interest. The school has never made him weigh his diversity or his origins, but the Italian school system has led him to depression, but he has never shared this aspect with followers.

He likes to express lightness and happiness, never cares about those who judge him and faces everything with a smile, it is very ironic in what he says.

On the Italian social scene, however, they are not highlighted very much, except when they do something wrong. Racism? He always manages to defend himself, it bothers him more when they do it to others, especially those who can not defend themselves properly.

According to Ayoub, you don’t have to have much contact with people because this way you meet fewer judgments and therefore work better.

His name would never change, it means “he who endures adversity”, he likes it because he is a lover of diversity. 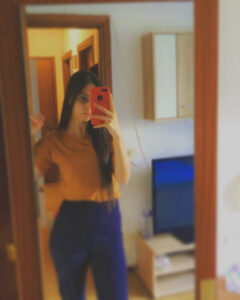 Nada El Maazouzi is a young 19-year-old girl with a dream of becoming a journalist, raised in Italy, but born in Morocco. She began her degree at the University of Udine. Her objective is to contribute to the integration of foreigners in other countries than those of origin, without weighing up the differences between the different citizens. For Messaggero Veneto Scuola – impactmania’s program, Nada interviewed 5 young people, with a great desire to reach their dreams. They represent their generation with a great desire to create their space in society.