The students of Messaggero Veneto Scuola were part of the impactmania’s internship program for the 2020-2021 academic year. A series of migration topics were explored in this Program culminating in an online exhibition and presentation with the University of California, Santa Barbara (UCSB), May 2021.

COVID made us all Digital Nomads, however, it didn’t stop us from cross-cultural and interdisciplinary learning.

Mariana is a young architect from Syria who is currently studying at Politecnico di Milano (Polytechnic University of Milan). Through her story, I would like to show the importance of projects that facilitate student mobility. We also reflect on the rebuilding of Syria after the war and the role her generation could play.

Hello Mariana, can you tell me a little about you and your scholastic career?

I’m a 27-year-old Syrian student and right now I’m studying in Milan, Italy at Politecnico di Milano. Previously, I completed a five-years bachelor’s degree in Architecture Engineering in Syria. During the first three years, I studied in Aleppo and then during the last two years in a university on the coast of Syria. It was an important experience, especially because it solidified my idea of studying abroad.

Can you explain something more about the project you’re in?

I’m part of an educational corridor created by a few universities in Italy. The aim of this project is to support Syrian students continuing their graduate studies abroad. The program helps us with logistics, such as arranging visas and supporting students with scholarships. Initiatives like this are fundamental. After the [Syrian Civil] war, Syrian families can’t afford to send their children to study abroad. Moreover, this project proved to be a success many times over and currently there are almost 30 Syrian students just in the Lombardy region.

What does studying abroad mean for you?

It was really important for me to continue my studies abroad and search for new opportunities. I’m interested in learning other languages and discovering new cultures and so it was really exciting for me to live and study in another country. I applied to different universities in Europe, but I decided to go to Italy, because I’m fascinated by its cultural heritage. 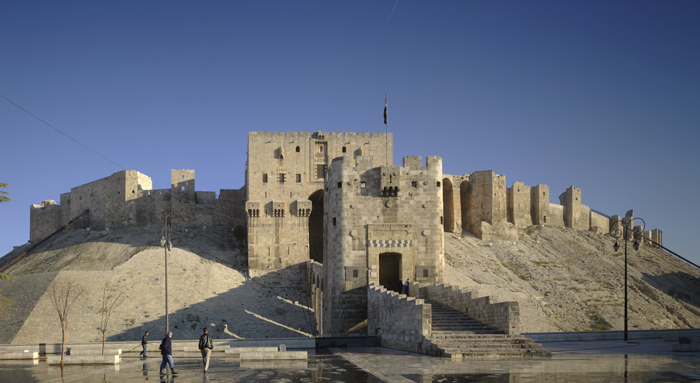 When you introduce yourself as a Syrian student, which kind of reactions do you get?

When I say I’m from Syria, there are some people who call it into question, like “Are you really from there?”

It also helps me to justify some approaches I might take when presenting a project since sometimes I follow criteria and characteristics which are different from the ones used by the other Italian students.

What are some of the main differences between the Italian and Syrian university systems?

I would probably say the possibility of choosing. In Syria we have to follow our course curriculum and usually you don’t have many chances to follow some extracurricular classes.

In Italy there are some more choices, I was able to both discover and learn a lot of new things and specialize, which I’ve found so interesting since it is something you build for yourself.

In Italian universities there are oral exams along with the written one, which is something really useful for me since I realized that sometimes I can’t find the right words to properly explain a concept I have in mind.

Has studying in Italy changed your approach towards architecture?

Studying in Italy is giving me another perspective on common aspects, from construction sites, restoration to building materials. For example, about the latter, in Syria it is common to use mainly concrete and stone, while in Italy they also work with iron and brick. Moreover, I’m also more in-depth exploring new technological development.

More than half of the Syrian’s population (13.5 million people) are forcibly displaced. About 6.8 million are internally displaced.

How would this affect the rebuilding programs?

For sure there would be, as a consequence, the birth of new neighborhoods along with the restructuring of those which were seriously damaged and now suffer from the lack of infrastructures. The urgency now is to provide the basic needs, especially sheltering systems for the internally displaced and the other main infrastructures, such as hospitals, roads, and schools, to rehabilitate the destroyed neighborhoods. However, especially in the case of Aleppo, which is a very cultural and historical city, I believe they are doing a lot of programs for rebuilding, but as an architect I find there’s no criteria, no strategy. They are rebuilding because they want to cure the injuries as fast as possible without thinking about the consequences in the future.

Apart from Aleppo, there are many other cities heavily destroyed. Do you think the city centers would be rebuilt as they were before or in a different way?

I think they’re more going for reconstruction, building as it was before by using the stone effect and trying to have the same impact. However, in architecture this operation is something questionable since when we want to preserve, we also need to determine why we’re doing that.

I believe that changing everything and making the city centre more modern and similar to the western style is not a good choice either since it is not always understandable to the local culture.

In my opinion, what should really be done is adapting some ideas but not coping. 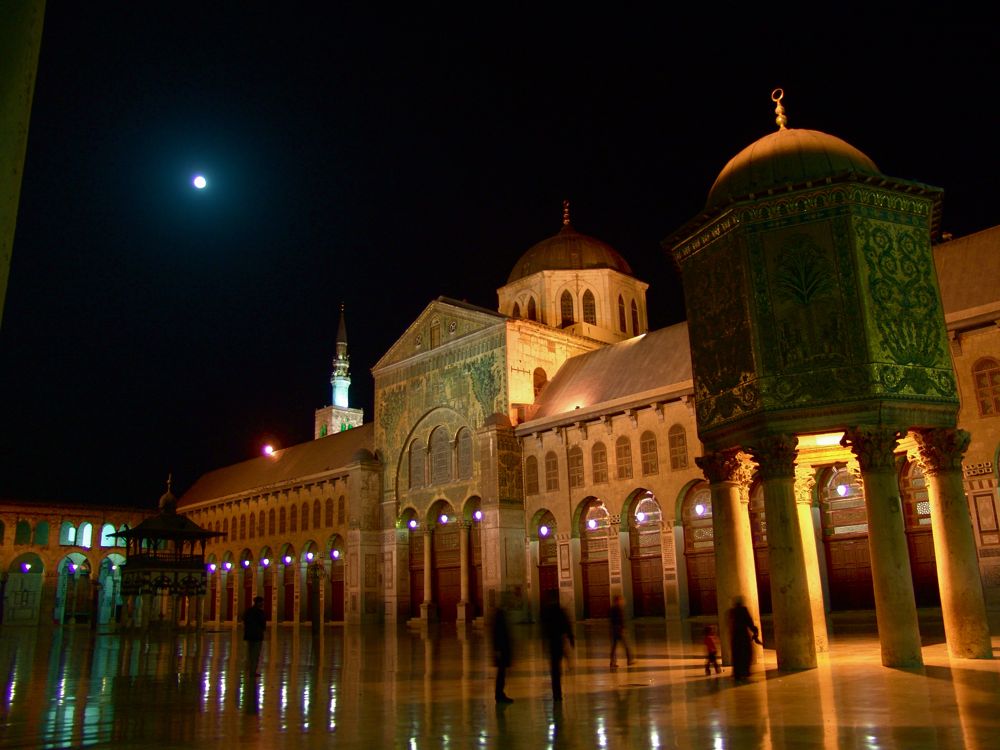 For instance, the Umayyad Mosque in Damascus has a big courtyard and is in the old city, which is a very densely populated area. They opened a square in front of the mosque, probably this decision was taken to mimic the Milan Dome or some French cathedrals. However, while the European cathedrals are open to the outside to allow everybody to contemplate their beautiful facades, the Umayyad Mosque doesn’t have any facade, since it’s open to the inside.

Right now, Syria is starting the post-conflict reconstruction, how important is to get the citizens involved?

The government is trying to act in this direction by imposing that NGOs and other foreign organizations, which are helping in the rebuilding, have to cooperate with the citizens. Since it is fundamental the reconstruction takes place under the supervision and the advice of the local community which lives there and understands the culture and can the needs of its people.

As a young Syrian, what is the role of the young generation in Syria?

I believe it is very important for every discipline to have young experts belonging to the new generations, with fresh, original ideas and new methods. For instance, studying in Italy made me more open to the different choices in terms of material and construction methods. However, applying these techniques in Syria would be challenging since it would require a whole community, used to more traditional building methods, to change and understand this new approach. Moreover, using iron or steel would also imply the creation of a new skillful manpower.

What would be the biggest challenge the young generation in Syria would face in the next future?

The effects of war have had a huge impact especially on the youngest generation physically, spiritually, and socially. My generation, the ones now studying at universities, have passed their entire teenage years in war and healing would take time. 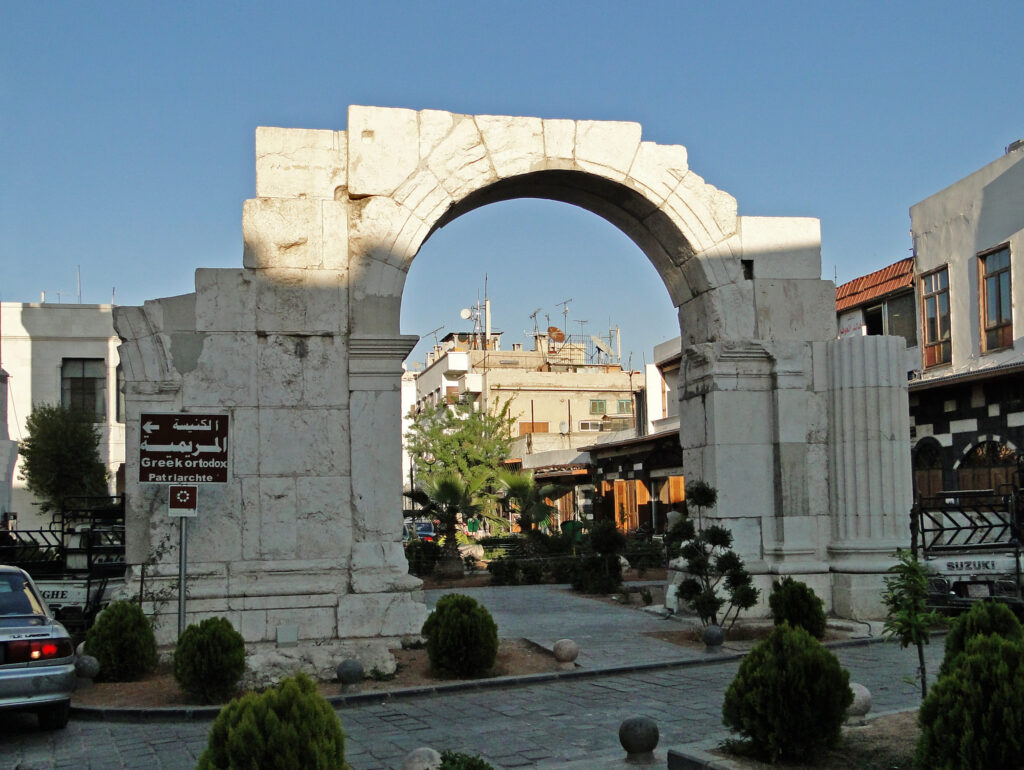 What can architecture teach us about Syria and its people?

Probably to look behind the headlines. Syria is the cradle of a millenarian culture and cities like Damascus and Aleppo are symbols of its immense cultural heritage. Aleppo’s first settlement can be traced back to 5000 BC and its ancient history can be seen in the urban design. Such as the presence of the Acropolis and the Via Recta, which were all features of the ancient Greek and Roman cities. Then with the Arab invasion, their architecture merged with those. And so, Aleppo, for the way it’s built, it seems like it has layers. However, it has been transformed over the course of the centuries in such a way that if someone doesn’t know its history, they wouldn’t recognize the different architecture. Even us Syrians need to discover and enhance our heritage.

Giulia Pecoraro was born in Udine, Italy, in 2002. Giulia is currently studying International Studies at Leiden University, in the Netherlands. During her last year of high school Jacopo Stellini in Italy, she was part of the youth editorial staff of the local newspaper Messaggero Veneto Scuola and the impactmania student internship program.

Monisha Daga in Delhi, India on a Post-COVID World
Original Lo-fi Composition - Human Mind and Migration
Foreign Voices
COVID turned many of us into Digital Nomads