impactmania > Articles > Isabelle Dumont: On Being the French Ambassador to Ukraine

Isabelle Dumont: On Being the French Ambassador to Ukraine
May 24, 2018 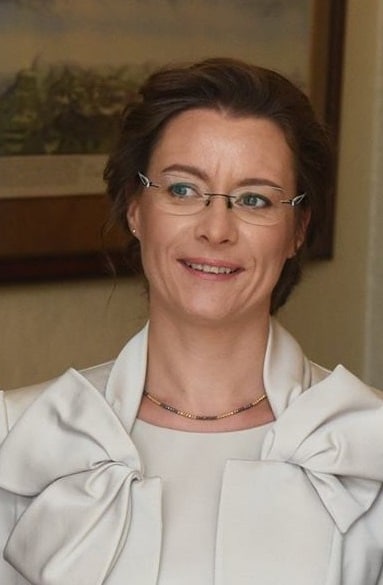 “Things are changing with my appointment [to ambassador] and other women’s appointments. Little by little there are more and more women, and our landscape is changing.”

In an exclusive interview, impactmania and Art, Design & Architecture Museum (UCSB) intern, Zoe Crouzat, speaks with French Ambassador to Ukraine, Isabelle Dumont. Isabelle was appointed ambassador in September 2015 and was previously the Deputy Director in charge of Russia, Ukraine, Belarus, and Moldova. She shares her experiences of becoming an ambassador, of being a woman in the field of diplomatic relations, and of working in Ukraine.

How did you become the Ambassador to Ukraine?

I was the Deputy Director in charge of the region that included Russia, Ukraine, Belarus, and Moldova when the war in Ukraine started in 2014. I had a surplus of activities, which became one of the “hottest” files of French diplomacy. I think it’s for those reasons that I was spotted by ministry officials.

What role does an ambassador play?
The role of an ambassador is to run an embassy. Depending on the size of the embassy, the work is extremely diverse. The job remains the same at its core. It consists of representing the President of the Republic of France and the entire government in the country in which one is ambassador.

I always describe it as a four-sided job, even if it’s more complex than that.

There are political relations: that is, political exchanges with ministers, prime minister, president, and visiting organizations.

There are economic aspects, the so-called economic diplomacy. That is looking after our companies, and in this case, trying to promote trade between France and Ukraine.

There is having a cultural presence and cooperation. These things are less talked about. But, for example, police cooperation is now very important. Cultural presence is also brought through francophonie and events that are brought to Ukraine to promote France.

Then the fourth group is internal management. It is something that is less visible to outsiders, but it is very important. All this work, all facets of politics, culture, economics, and bilateral cooperation are things accomplished by a team. It’s not the ambassador alone who does that.

How big is the team in Ukraine?

This is your first time working as an ambassador. Tell me about your experience in this new role. Is it a big change compared to previous positions?

This is indeed the first time I’ve held this position. I would say it is less difficult than I thought in the sense that ambassadors have the legitimacy of the position; that is to say, people recognize the title of ambassador. To arrive as an ambassador—we come in with the legitimacy of what we represent. From there, what is left to do is work. I’m lucky to have a very strong team. The team plays a really important role. Thanks to that element, it’s not so difficult.

The main changes compared to the positions I held before are the diversity and visibility of the work. When you are an embassy advisor, you track a part of the work; you follow either the political subjects or the economic subjects. The ambassador must follow all the topics as a whole. Then the second difference is visibility. This is the first time that I am in a situation where I am visible, where it is necessary to appear in the media, for example.

You are one of the youngest women in France to hold the position of ambassador. Have you encountered any difficulties as a woman?

Locally in Ukraine, not at all. I think this is because of two reasons. One reason is, again, the legitimacy that comes with the job. The local authorities trust the French authorities. The French authorities decided that the ambassador would be a young woman, and that is fine with Ukraine. There are no doubts regarding legitimacy from the Ukrainian authorities. In France, it’s a little more complicated, because France is still a country that is struggling to progress this role.

In France is the feeling that diplomatic positions should be held by men? Do you think that is changing?

When you are a woman, you feel it very strongly, since you are mainly surrounded by men. Yes, things are changing with my appointment and other women’s appointments. Little by little there are more and more women, and our landscape is changing. A few years ago, and it can still be the case now, it would often happen that in an assembly where there are women and men together, people would address the assembly with “Hello gentlemen.” It was not to hurt anyone’s feelings; it’s simply something that comes naturally. “Hello gentlemen,” because the very idea that there may be a woman has not really been accepted. But again, often there are no hurtful intentions towards women. It’s just that some people have not yet realized there is a place for women. I hear these mistakes less and less often.

Is there a quota policy in order to have a certain number of women in positions?

There has been a quota policy in France for several years, not only for the Ministry of Foreign Affairs, but for all ministries. We have forty percent of what are called “pre-nominations,” people of both sexes, who are appointed for the first time to a position of responsibility. They are not necessarily women. There are departments where there are more women, so the goal is to achieve a better balance.

What is the relationship between France and Ukraine?

What do you think of Ukraine?

I would say that it is a very endearing country. In France, it is a country we don’t know well at all. It is a very large country—as big as France—with very well-trained people. It is a country with real peculiarities and a culture of its own. Several times in recent history, and this is the case at the moment, the country has wanted to reform in order to get closer to the European Union (EU).

Interviewees are always asked who has had an impact on their professional life. If you had to name one or two, who would they be?

In my professional life, there are many of course, but I would say the one that had the greatest impact is Philippe Etienne, the diplomatic advisor of the President of the Republic today. Ten years ago, I was Bernard Kouchner‘s technical advisor in his cabinet, and Philippe Etienne was Chief of Staff. He made a big impact on me because he gave me confidence. I saw someone who listened to my recommendations, who took me seriously. Seeing someone for whom I had great respect for and who trusted me gave me confidence. I learned a lot about his ability to put things in perspective, his ability to see the big issues. He both guided and trained me at the same time.

You are also a musician and play the cello very well. Could you talk about that a little bit?

First of all, I do not play very well. I think we all need to have an activity other than work. For me, it is music. It matters for my balance. Here in Ukraine, I continue to make music.

After 3 years in the position of ambassador, what did you get from it?

It may be the most exciting job of my career. In the future, I do not know if I will find something more interesting. With the role France plays, every moment in Ukraine while this country is in transformation is a privilege. I draw something beyond satisfaction. I derive a deep interest, a real pride to be here, that I was trusted at this time. There’s almost a kind of melancholy in anticipation of the day I will necessarily hand over and move on.

You reached the position of ambassador at a young age. How do you see your career evolving from here?

I let myself be rocked by circumstances, as I have always done.