impactmania > Art & Culture > Ricardo Gandour: The News is Not What it Used to Be 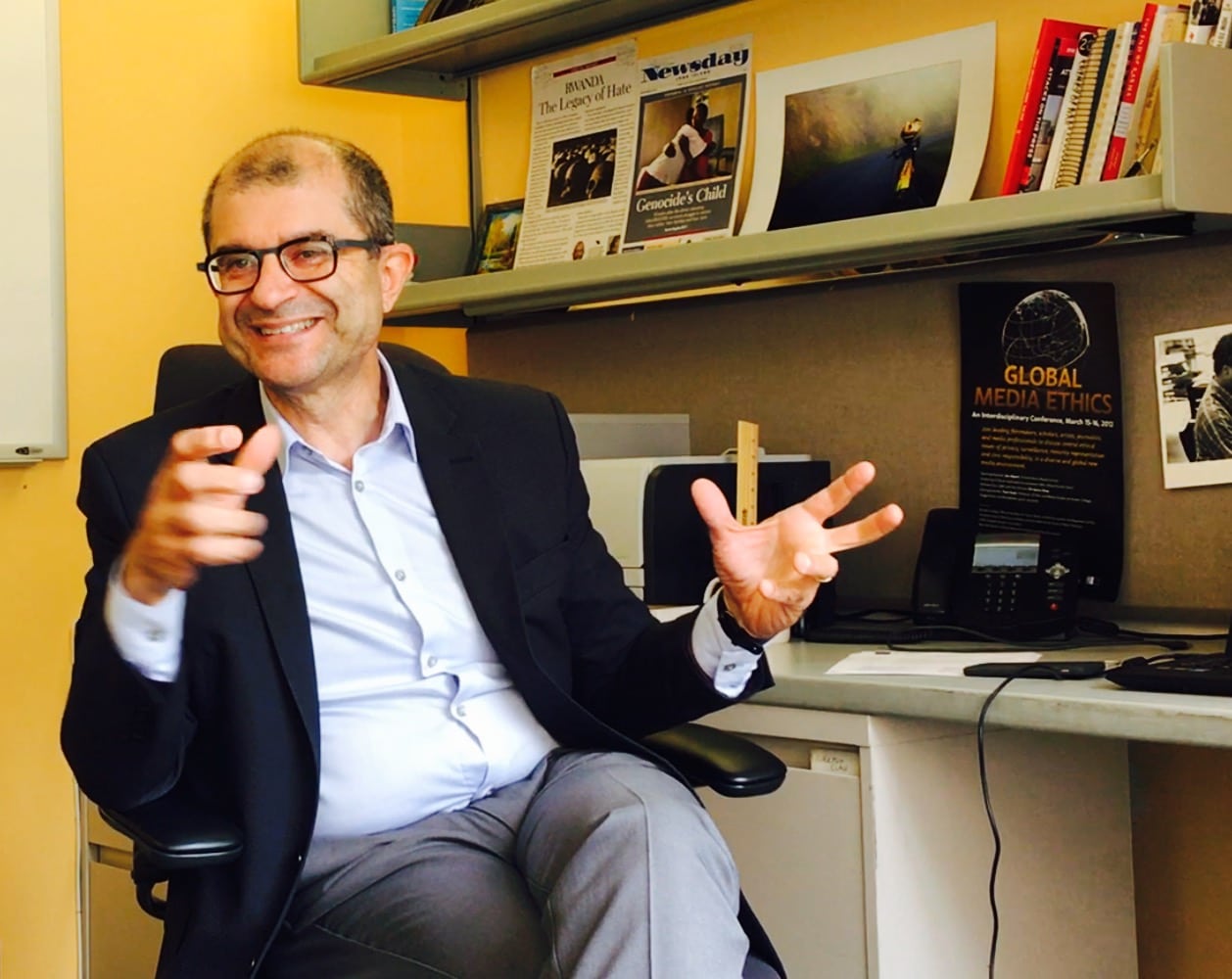 Ricardo Gandour, Corporate Director of the Estado Group (Brazil) and Visiting Scholar at Columbia University spoke with impactmania about how the news impacts our lives.

Gandour’s recent research found digital fragmentation and news outlet’s consolidation has led to an increase of factually incorrect information that causes polarization. He shares what we can do about this.

Also, as the Corporate Director of the Estado Group that publishes one of the oldest daily newspaper O Estado de S. Paulo in Brazil, Gandour speaks about how news plays a critical role in the recent upheaval in his home country and his task when he returns later this month.

The video animation based on Gandour’s research:

The news isn’t what it used to be. In the video animation, based on your research, you presented main developments in the news business. Do I understand it correctly that one of them is digital fragmentation and the other one is consolidation? Why are these issues?

Yeah, I think there is an important characteristic of this media transition. We have never seen this in the history of media. We are having kind of a false debate between the old media and the new media. This is a false dilemma. In my view, this never existed. Every time in history a new media was introduced, of course, it impacted the existing channels, but all channels go together.

All [forms] of communication go together and complement each other. But now, of course, the digital transition is becoming very long and changing dramatically how people communicate. But we have to avoid the issue of a possible battle, a possible fight between a new generation and the young generation, the traditional media versus the new media.

Besides a task for the next generation of journalists, editors, and writers, what could we do, what can a regular citizen do, besides maybe being mindful that this is happening?

It’s a great challenge. I live in a country, in Brazil, where roughly 30 million people are able to have a smartphone. A pre-paid plan of, I would say, $30 a month, or less.

And this is a tool for them, for their lives, for their survival. This is a tool for safety because they know where their children are, they can communicate, they can pay cashless for food, for public transportation. For most of those people, research shows that they are having their first digital experience with a prepaid smartphone.

They jumped the desktop, the iPad, the tablet and they are now with the digital experience, their first digital experience in their hands. But at the same time, this technology should be more used for educational purposes, for enlightening their views. It seems to me this is a public policy, a lack of public policy, government support failing in this.

The other effect is media literacy; people may be losing the skills to differentiate information from opinion.

I’m personally convinced that public policy will have to be developed properly to maybe concrete actions. Becoming mandatory in middle or high schools, one or other discipline regarding how to read, how to understand the information environment. This, in my point of view, would be a very simple and effective measure from governments to help their citizens to better understand what is happening.

So this is from the demand side, from the society side. The other point I would like to underline is from a macroeconomics point of view. I think all governments and institutions are a bit shocked and frozen about how the tech giants are dominating the information landscape. I’m talking about the big search engine, the big social network.

But all our laws and environment come from a historical moment where geographical barriers, in a sense, were natural ways of controlling this or that. What I see now is no geographical barriers and this domination of tech giants. It’s starting to influence the quality of information, the quality of discussion, and these algorithms can regulate what people are seeing, how people are giving their opinion.

So it’s very delicate to say that, but lawmakers, and governments, and again, it’s a public policy issue, must discuss deeply how to compensate and how to help their citizens to be exposed to a better and more balanced information environment.

Because big search engines and the big social networks are becoming the huge distributers and they control the signals. They control what you and I will see today or tomorrow. What we aren’t seeing now is that the peer group behaviors are being reinforced by which re-feeds you of what you previously enjoyed.

Many empirical studies show that there is a vicious cycle of not exposing people to diversity of opinions.

How concerned are you?

My main concern is that society is, maybe, getting some steps back on once dreamed globalization in the best way of this meaning. Maybe stepping back to nationalism and not showing minority concerns. While we are having this conversation, Britain is preparing to vote for getting out of the European Union, which is historical, if it’s to say that 20 years ago, is was unthinkable.

We never thought that the world could face this situation right now, discussing some possibilities, which is, in my point of view, two decades ago, we dreamed about a globalized world in more harmony, with more understanding, where all the voices have space to be listened to and to be understood.

From the video animation based on Ricardo Gandour’s research:

I think Brazilian journalists are trying to show to the society, to show things, to add context, to add analysis, and to invite the debate. But I will say, as an editor, the scenario is a very difficult scenario, because organization is huge. And people are, the society as a whole, is kind of overwhelming by this mixing of opinions and all this media situation we have now.

What is going through your mind now, you’re leaving Columbia University and heading back to Brazil?

Well, my mission now, when I go back to Brazil, is try to help the company I work for and also the journalism, as a whole, at the local school, to contribute for those in the Brazilian society having an accountable and transparent and modern journalism.

That’s why I’m carrying my luggage when I go back.

A heavy one. [Laughs]