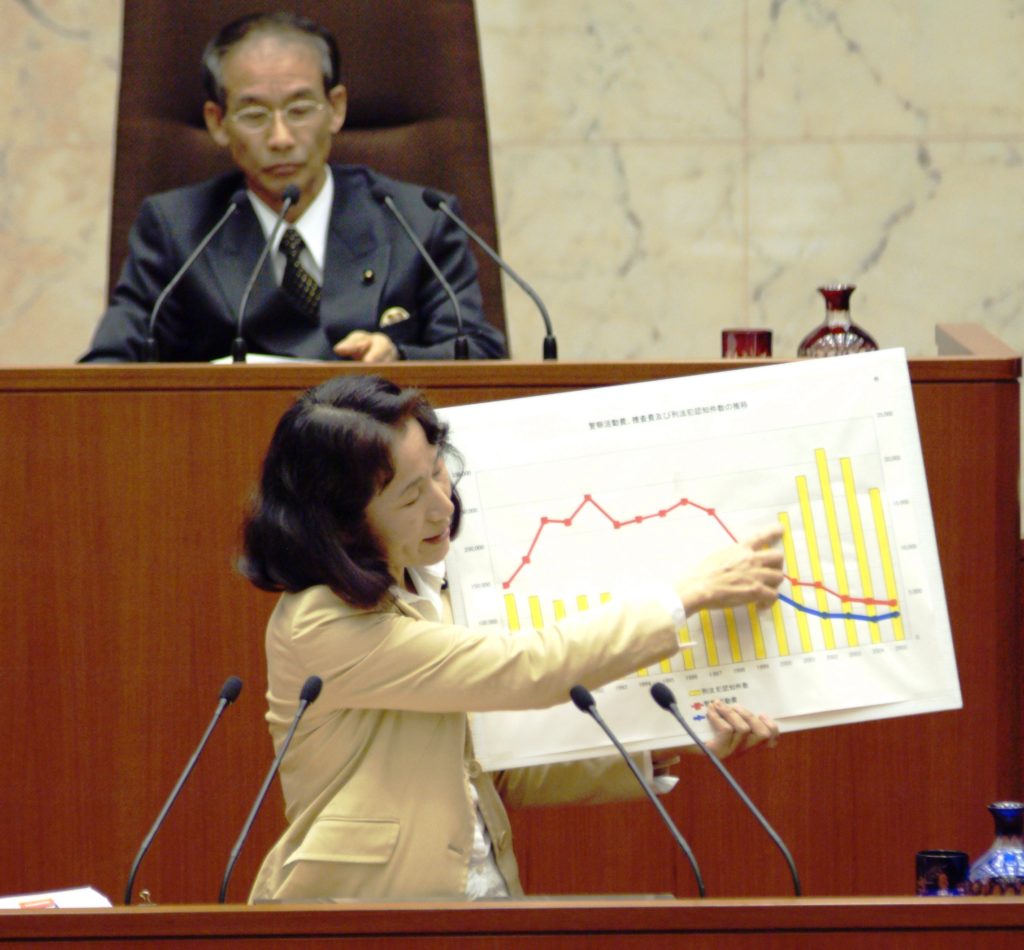 After a short stay in the United States, Satoko Watanabe became an activist-politician in the Kagawa Prefecture, Japan. At one time, she even ran for governor as an independent and received 37 percent of the votes.

Satoko Watanabe fought for education reform and civil rights. From abolishing government uniforms for women to demanding (through the Teshima Network) a toxic waste clean up in Japan. She also started an empowerment seminar for women, to learn policy and how to win elections without the support of big money. It resulted in young city councilors being elected.

In 2011, Satoko Watanabe founded an organization for the children of Fukushima [nuclear disaster caused by a major earthquake and tsunami on March 11th, 2011.]

Mrs. Watanabe, what made you become a politician?

One of my daughters started a questionnaire and she tried to change the uniform requirement. She went out and collected student voices. She was nine or ten years old. The school principal didn’t allow this handout. I spoke with the principal and I explained our intention, but still we were not even allowed to circulate a questionnaire. This is because people don’t want to stand out; it creates controversy.

My youngest daughter later on tried to change the school rules of her junior high school. She really wanted to wear a coat or scarf — something. Again, the rule there was, “No coats over uniforms.” She spoke with many teachers and also the school administration. She even ran for the student council, but she didn’t win, maybe because the other students did not believe that they could change school rules. She was very disappointed.

Where did your daughters get this “questioning authority” from?

I don’t know. Maybe from me? [Laughs.] I see some problems, I want to change it — somehow. I do this by collecting other people’s voices.

How did you find your activist voice?

After I got married, my husband did research at Miami University. So I went and lived a while in Miami. In the U.S., I didn’t have to worry about other people’s opinions. I found that people there don’t care so much how you dress or how you speak.

After I came back to Japan, I saw the country from a different viewpoint. I started working as an English teacher and a translator, and also joined the citizen’s group for liberalization of education. I realized that it’s okay to fight against the government or it’s okay to speak out. I felt…I can do this.

It couldn’t have been an easy path, right? You must have overcome a lot of things being a politician in Japan. Can you give me an example what you did to overcome ?

I was always making handouts to inform citizens, disclose information so people could see what was going on in their local government.

Do you feel transparency in politics happened from the time when you started until now?

Even though I ended up being independent, I was able to change things. Officials and assembly members were spending money with little accountability. I fought for more transparency — citizens agreed and demanded more clarity of what happened to tax money.

You started a women’s conference and even participated in politics on an international level, but what was the thing you wanted to change in your own community that led you to politics?

With government officials, only the women wore uniforms. Even though they are doing the same job as men. I proposed a change multiple times and did research nationwide. Some local government abolished the uniforms.

The uniform has followed you from when the children were little; you were fighting against uniforms all the way up!

[Laughs.] Yes. A uniform is a symbol. For only women wearing it is very symbolic.

Tell me a little bit about your latest project for the children of Fukushima?

I started volunteering for the Fukushima children and have invited about 770 children and their families to our prefecture so far. We organize summer camps and spring homestay. The homes are offered for free to Fukushima families on vacation. We support single mothers and evacuees who need help.

We organized photo exhibitions and documentary movie shows so that the people won’t forget what happened. I am far away from that area, you can say it is not my business, but in Japan this is a serious problem. People are still suffering; many people don’t realize that the government is trying to erase everything. They don’t want to talk about it. 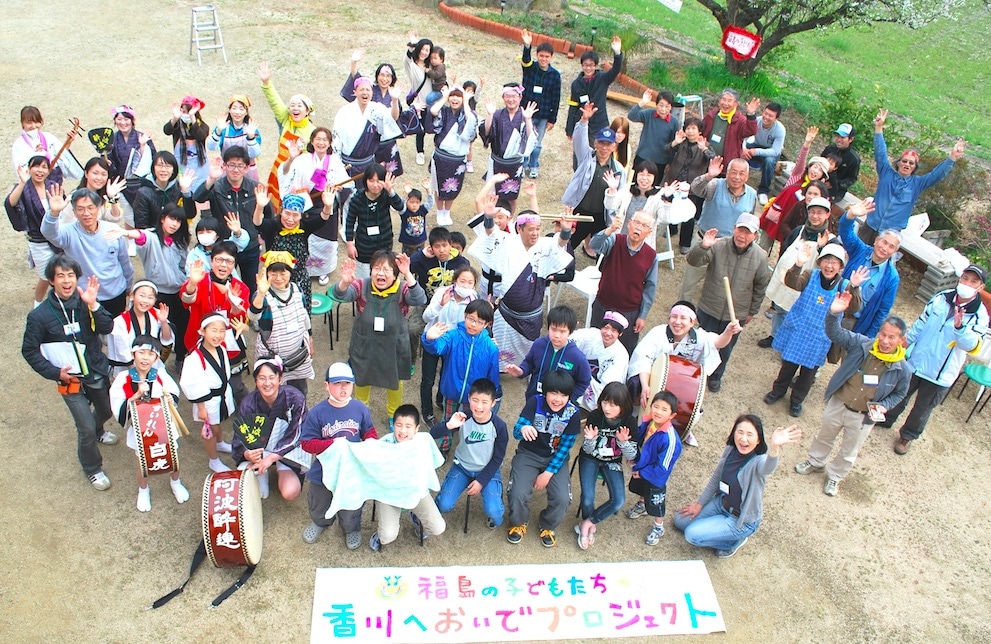 Satoko Watanabe and volunteers welcome Fukushima children and their mothers for a spring camp.

What is the objective for holding these camps for the children?

It is for children to play freely without worrying about radiation. It is to promote awareness; I don’t want people to forget about this major nuclear disaster. When they help with the camp activities as volunteers, they realize that the children of Fukushima need support. The children of Fukushima know something happened and their parents are greatly affected, they need our help.

How many nationwide projects are focused on Fukushima?

Maybe about 60 focused on Fukushima. Some of projects have ended, mainly because of financial difficulties. When I started the organization, I didn’t have any money. Many supporters are all long time friends and donated money and I met many young people who wanted to help. We appointed a young leader for the organization and all these volunteers became good friends.

I’m worried that we’ll be indifferent to people. We can’t turn our backs to others. For example, the Japanese government released many of evacuation zones and is trying to make people from Fukushima go back to their homes, even though the radiation level is much higher than the other areas. There are even pregnant women and young children.

The nuclear disaster is causing many children’s thyroid cancers in the area. Their mothers seem to hesitate to speak out, since they are afraid of discrimination against their children.

Mothers are very much worried about the increased health issues of their children. I speak with a lot of mothers of Fukushima children; they don’t feel they can speak about their concerns and worries. They are afraid of being criticized for hindering the restoration of Fukushima.

If there are more female Diet members [Japan’s National Assembly], there will be a change. The male in these positions tend to just look at short-term gain.

How many female politicians on the national level are there?

Increasing representation certainly will make a difference. When women are far away from powers, we can’t bring change in motion.

What’s the most important thing you teach the women in the political seminar you started?

People are waiting for you, if you decide you want to do it. People tend to believe that election is very dirty. But you can change the way of election campaign and show that you are a reformer. 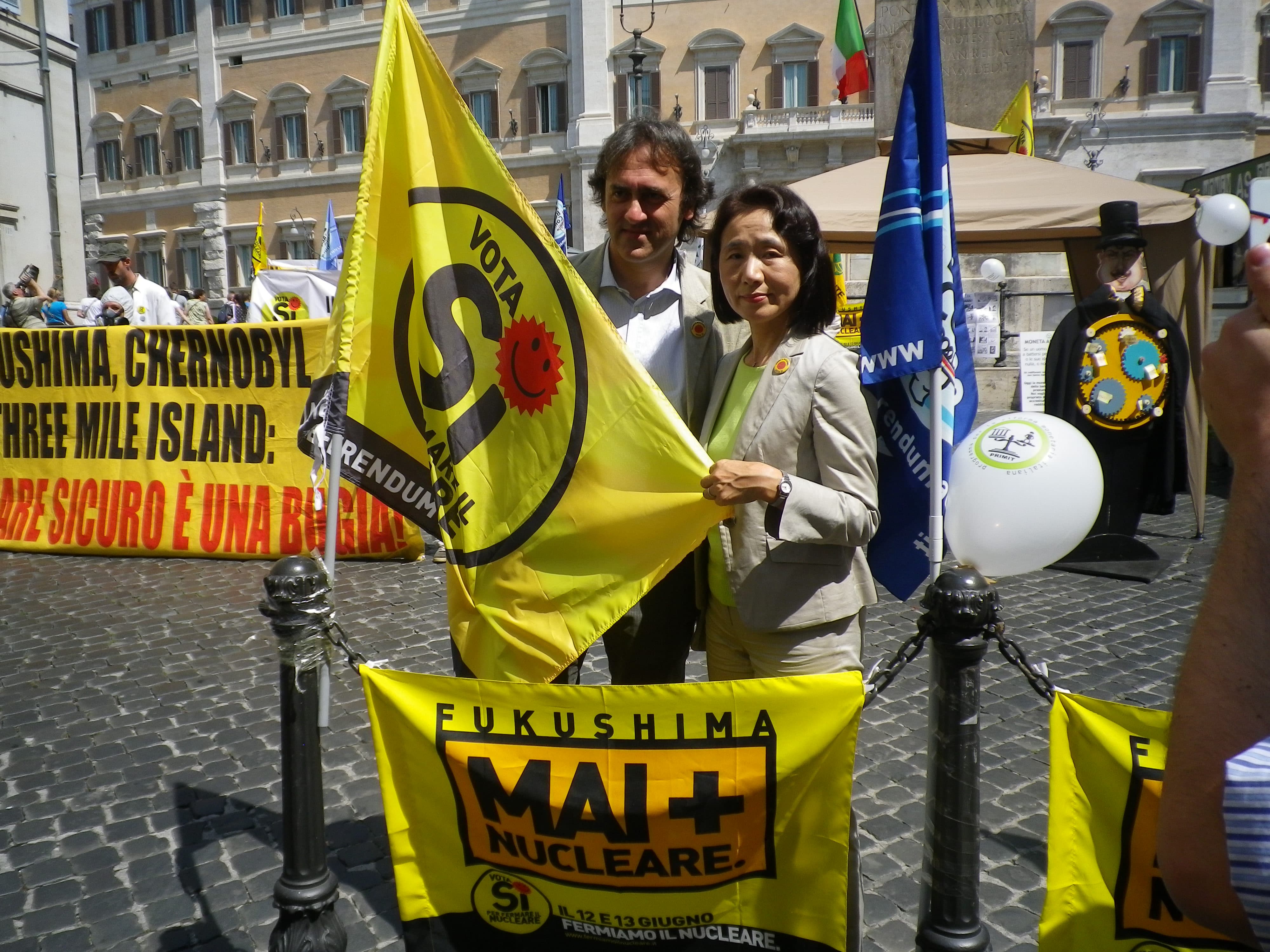 Satoko Watanabe invited by the Greens in Italy. She reported on Fukushima before the referendum on nuclear energy policy.

If a person decides she/he wants to make change through the political arena, what would be your input looking back on what worked for you?

Change happens through congress. The only thing you need is bravery. You can challenge things if you speak up.

You need to be brave, you have to speak up, and you have to have a good network of people that support you. You’ll have to learn how to use anger positively. [Laughs.]