Pouliot is onto the next robotics company, currently still in stealth mode: Dishcraft. She speaks with impactmania about raising venture capital and why she is determined to solve the world’s cleaning problems.

I’ve been fascinated with robotics for about 12 years. I came out to the Bay Area [California] because I wanted to create a new startup. I understand a lot about manufacturing and over the course of many weeks we came up with the idea of trying to compete with Roomba.

Ever since then, I have been on this path of trying to solve the world’s cleaning problems with robots. I personally hate cleaning. A world where all our laundry, dish washing, and bathroom cleaning would be done for us would be a wonderful place! [Laughs.] 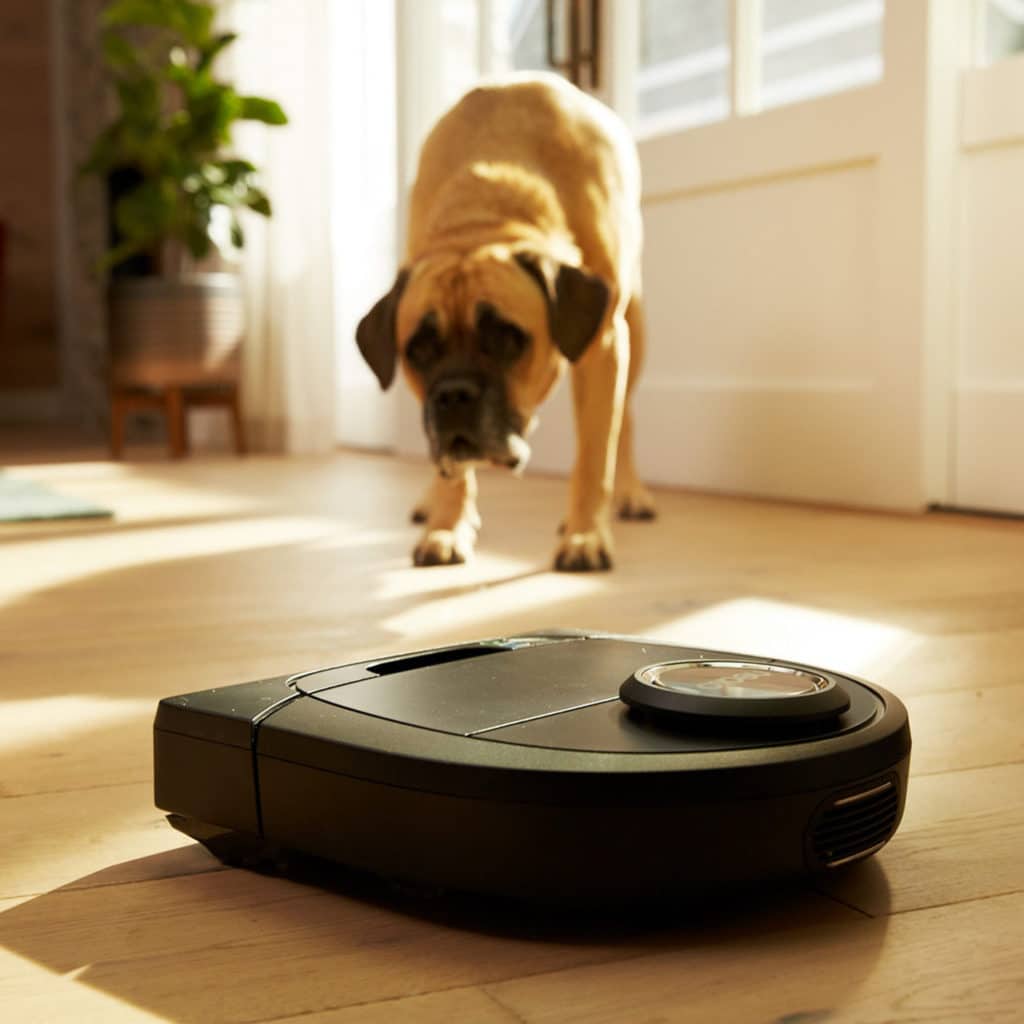 Linda Pouliot is a co-founder of the Neato Botvac, a laser-guided vacuum.

What will the impact of robotics be in 10 years?

Anywhere where there are highly repetitive tasks, there’s an opportunity to automate. Humans’ best use is where we can use our minds and empathy. Things like checking people through grocery lines don’t need to be done by humans. A machine could be anywhere where a human touch point does not provide a huge amount of value.

There are many things we do on a day-to-day basis that can be automated. In 80 percent of my daily occurrences, I don’t have to talk to a human anymore?

I don’t believe that. I do think that there are certain experiences that are frustrating for people behind the scenes that could be done by robots. For example, mopping the floors, vacuuming, cleaning, and chopping tasks. There’s a pizza making robot in Costco. The quality ends up being fantastic because it has that consistency of the exact amount of tomato sauce and placement of vegetables. A human is not adding value by placing mushrooms all around a pizza. I would prefer the humans be in the front of the house to provide a great customer experience.

You went from robots in the home to founding Dishcraft, which will be for commercial usage. Are you more interested in the commercial use of robots?

Currently, I am. Commercial customers tell you exactly what they want, it is very defined, and you can constrain a problem. Robotics for the home are amazing, but it’s very hard to really understand until you are in the home how successful it will be. That’s a very long path and very expensive! [Laughs.] Because you don’t really know until you’ve already spent millions of dollars on marketing.

The adoption curve is less tricky for a commercial entity that’s driven to save money by incorporating robots?

Yes. There is rising labor costs in the U.S. and a decrease in immigration, which is traditionally where a lot of the companies get their source of labor. It’s creating all the tailwinds for robotics. Also, there’s a general lowering of cost in components. As a result of cell phones and improved data that we can get now, our capacity to process data is so great that it created the perfect environment for robotics.

What has been the most surprising learning building all these companies?

It’s funny. I am building machines, but we really believe in the people! [Laughs.] Whether it’s the team or the customer or to enable someone to have a better business. In the end, it is all about the people. 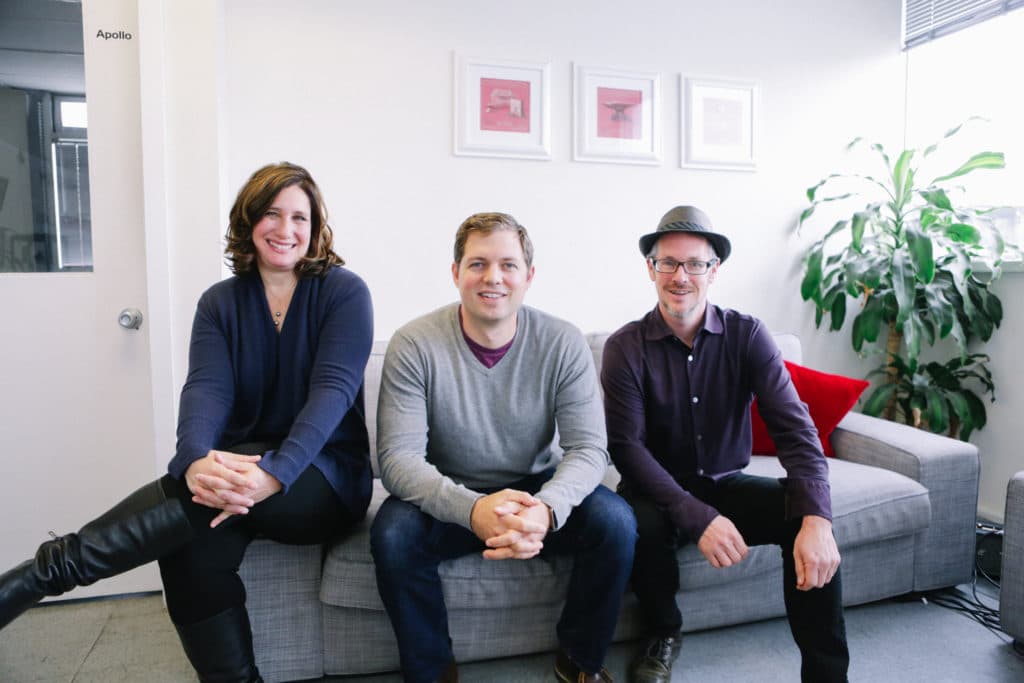 The team behind Dishcraft Robotics. Photo by TwentyTwenty Studios.

Did you initially not value the people part?

Initially, I was thinking, “Hey, those are cool technologies.” I wasn’t thinking as holistically about the impact. Even internally, in order to build something great you need to have people who are super engaged with each other and building a community with each other.

You mentioned in your blog that at your first startup, the culture was a mess. Any pointers on what you did to remedy that? What did you learn?

It’s not just about if someone can do the job, it’s how well they’re gonna interact with the others. If you have a lot of high performing people, you have to be careful how they’re gonna blend with each other, and not have too many people that are exactly alike. I like to have a lot of diversity because it ends up building a stronger product.

That is as important; it’s not just about the product. There’s a lot of balancing of fun. In my current company, we have scheduled fun. [Laughs.] Because so much that you do is a slog. There are fun and interesting parts of a problem but you also have to go to FedEx, order new office furniture, and do the administration.

We actively hire — everyone in the company needs to spend some time going through LinkedIn profiles for sourcing and recruiting. That can be repetitive and boring. We make that a two-hour activity over drinks. At the end of two beers, we all have sourced however many names!

You raised funding for four startups, including $12 million for Neato Robotics. What is the most important lesson you learned in raising funds as an entrepreneur?

There’s a lot of talk about women getting funding or not getting funding. I do think that there’s a culture where venture capitalists are pattern matching. It’s can they resonate with your style? I found with many investors that it’s not even a consideration whether I’m female or not. I truly believe that.

I’ve learned a lot by this latest business — of how to tell a story. Sometimes first time founders haven’t learned that. Or aren’t doing it effectively. A lot of people jump to, “I’m not getting funded because I’m female.” I honestly think at the end of the day, it’s how great is the idea and how you are selling yourself.

Robotics is definitely the hot topic lately, and it’s getting a lot of attention. But then, I know of many male founded robotic companies right now that are struggling to raise money. So again, it’s the idea. Have you found customers that want what you’re building? Have you built a team around you that can execute? I really like to start with the problem first and not start with just some cool technology.

When you pitch, do you already have a prototype and pilots running?

No. It goes in phases. In both cases, we had a concept on paper. We had an idea. It’s bringing something in, that first seed round. Then we had to find people that thought, “Wow, yes, this is super risky, but it’s a really great idea, it makes sense. You have the right people around the table to execute.” Then, the next round of funding, you need a working prototype, and some customer proof that people want what you’re building. Then I think the round after that you absolutely need working pilots.

How much were you looking to raise the initial round?

It’s pretty consistent in all my startups that we raised a million on what I call the sketchpad or the napkin idea. After that, we want to raise, it depends on what the sort of needs are, but between three and five million. Which gets you the working proof. Then after that you raise a traditional Series A of ten to twenty million.

It should be about the quality of your idea. Is it a real tangible business? If it really is, then you will find the people that will invest in you.

Entrepreneurs are told, “You’ve got to hang in there”. No matter how bleak, you have to hang in there. But then lately, I’ve been hearing investors but also entrepreneurs say, “People are so married to their startups or their products, that they’re blinded by it.”

Should people ‘hang in there’ or should they give up sooner?

An entrepreneur came to me for advice. He clearly loved what he was building but he wasn’t getting traction with his customers or investors.

He was still planning on spending more money on it. I said, “Look, you just have to give yourself a cut-off date. If you haven’t met certain customers saying, ‘Yes, I really want this,’ you just have to stop. ‘Cause you’re gonna spend another two or three years of your life doing it.” He said no one else had told him that.

People want to encourage someone, especially when they’re that passionate. I told him, “You need to validate it first before you continue to pour out years away at it.” That was something I learned: the startups that do the best are the ones that can act quickly and make hard decisions early.

Maybe letting go of an employee that you really like but isn’t performing. It’s your ability to act and really see, is this gonna work or not work, how do I pivot? If it’s not gonna work, then I have an obligation to all these people who are working around me, as well as investors, to cut the cord.

Giacomo Marini has had a big impact on me, he was the founder of Logitech. He was our first institutional investor at Neato. The hours in the boardroom with him was like an MBA, because he could just hone in very, very quickly on what really mattered.

He would say, “Learn from other people’s problems.” By all means, learn from problems, but make sure they’re not your own!

There were all these little tidbits of great advice that I have used when I manage other people, and when I think through problems myself.