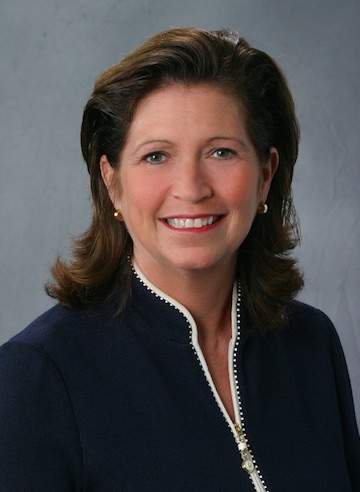 Gloria Nelund cofounded TriLinc Global after serving as CEO of the U.S. Private Wealth Management Division at Deutsche Bank. TriLinc is set out to prove that profit and purpose go hand in hand.

Nelund retired at 44 and went into her “wilderness journey.” At one point she was a volunteer teacher for at-risk youth in the Los Angeles Unified School District. She spoke with impactmania about how one person, a man like her father, can impact thousands of people and how she decided to be in finance as a source of good.

How do you respond to market perception, where even professional investors are looking at impact investments and saying that they generate no or low financial returns?

It’s one of the reasons I started TriLinc Global. It was to prove to investors that they don’t have to give up the investment return to do good. If an impact investment is a real investment, then investment managers should be following the same investment discipline that they would for any investment in that asset class.

One of the things that we tried to do in the industry is work with other firms … to help define and promote the idea that investment discipline is just as important as measuring and monitoring and reporting the impact.

We ask all of our borrower companies to identify the impact that they intend to have. One of the requirements for getting money from us is that you have to be a good financial investment, and meet our investment criteria.

The second is that you have to be a sustainable company. They have to meet our environmental, social, and government screens, which really speaks more to the policies and practices of the company — how they run their company.

Then, third, we require them to have intent to create a positive measurable impact in their community. We let them self-identify what that impact is. Agriculture productivity is a positive impact that a company can have.

There are IRIS metrics [designed to measure the social, environmental, and financial performance of an investment] associated with agriculture productivity.

Once they’ve told us, for example, “We’d like to improve the energy efficiency of the farming practice,” then we go in and do a baseline assessment to say, “Okay, where are you today?”

Then we reassess. We then track, measure, monitor, and report out that impact to investors. We hold them accountable to achieving positive impact.

Are there certain industries that are better suited for impact than others?

We have a mine-remediation company in South Africa. Mine remediation itself may not be impactful. Their business model is that they’ll buy the land and they actually get the tailings; let’s say it’s precious metal. There are leftovers that aren’t worth mining, piles of dirt that have these things called tailings in them. This company has a process for extracting those tailings. Then they sell the tailings.

When they get through extracting all of the tailings, which is also cleaning up the land, they remediate the land, and in this case, they are donating it actually to a group that is going to build low-income houses.

Investors often say, “When I invest, I need to focus on maximizing financial returns. If I want to do good, I’ll just write a check and I’ll make a donation.” What is your response to that?

It’s interesting because I hear that all the time. Even when I was running Deutsche Bank’s Special Loans Management Department, it was surprising to me how even wealthy people separate those two thoughts in their mind. Basically everybody has two buckets. They have their investment bucket and their philanthropy bucket. Anything that they believe is concessionary — I’m not going to get the market return for that asset class — goes in their philanthropy bucket. It is very bifurcated.

High-net-worth investors typically with their whole portfolio are trying to maintain their lifestyle. Whereas retail investors in the U.S., they just want to make sure they don’t outlive their money. They can’t afford to lose any money.

A retail investor’s perspective is going to be even stronger as it relates to impact because if they believe that it’s concessionary, they can’t afford to do it. They really can’t afford to give up investment return. They might outlive their money. Retail investors typically haven’t had the opportunity, until recently.

With the trillions of dollars changing hands from one generation to another, are you seeing the next generation investing it more wisely?

This next generation of investors, because they really do care about changing the world, will get more behind it: number one because they care, but two, if we can really prove that there isn’t a trade off…

I sincerely believe that you don’t have to give up investment return to do it. Impact investments should target achieving a market return.

Our goal is to have more companies like ours who believe that it’s all about accountability and transparency and having the same discipline on the impact side that you have on the investment side. We hope to drive the industry towards that objective.

We believe we can get more people behind it even now.

You retired at age 44 from serving as the CEO of the Private Wealth Management Division at Deutsche Bank. Then you went into a couple of years of what you call “wilderness journey.” What advice do you have for people in this phase?

Take the time to experience that journey, find out what your calling is and what’s really important.

For me, through that journey, I realized that this really was my calling, It’s what I love and was really good at doing. It was about adapting the career that I loved in a way that also allowed me to have a positive impact.

I was personally missing that self-fulfillment of being, having some positive impact in the world and doing something good.

I went to volunteer for a number of organizations and realized, “Wow, this is not for me.” I so much more appreciated the people who do those things. I also realized it was harder on them having me there. I have passion about solving the problem. But I realized my contribution was supposed to come differently.

What did you learn from being a volunteer teacher of at-risk youth at the Los Angeles Unified School District?

Wow, I would say the biggest “aha!” came for me when I [realized] that we all can relate to each other on a very personal and emotional level, if we truly allow ourselves to be vulnerable and look for ways that we can relate as opposed to looking at how we’re different.

I probably learned as much in those years teaching these kids as I could have ever taught them. They have lives that none of us could even imagine. Yet they still need the same thought processes, problem-solving skills, encouragement, and ability to know how to act outside of their situation. They still need all that same stuff — or they’ll always be in it.

Who is one of your favorite impact makers — someone who left an imprint on your professional DNA?

Probably the person who got me really thinking a different way was Muhammad Yunus [a Bangladeshi social entrepreneur and banker who was awarded the Nobel Peace Prize for pioneering the concepts of microcredit and microfinance]. I got involved in microfinance, as it was getting a lot of notoriety back in the late ’90s. Yunus talked about using business as a force for good. … He spoke of people wanting to … take responsibility for their lives.

It all just made so much sense to me. I applied it differently. I didn’t do it in the microfinance space. It certainly was one of those things that got me thinking differently; realizing that you could use capitalism to solve problems, not just to make money. 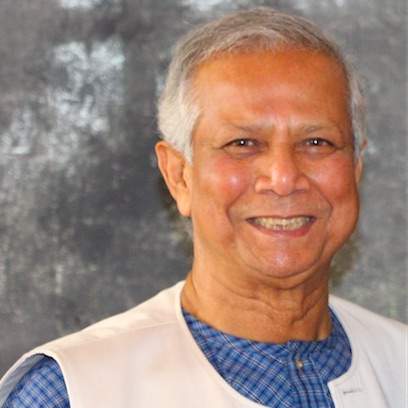 Was it something you read, or did Yunus speak somewhere?

When I was at Deutsche Bank, he came and spoke to us. Deutsche Bank was very involved, early on at least, in our foundation. … It’s the first time I ever heard about microfinance really.

And directly from Yunus — that’s great.

Exactly. Then, I started researching it on my own. The Women’s World Banking Group did some events. Eventually, I was able to see it more in practice.

And then, this really did help shape me, even TriLinc: My father [Mac McMonagle] was a small businessman as I was growing up in my career. He started a number of businesses and grew them very successfully. I didn’t realize it until much later in my life that — watching my father and how he grew his businesses and how he treated employees, community members, suppliers, and customers — everybody was part of our family, and he was very ethical. When he would have a success, he would do something to give back to the community. As a result, whenever he started a new business, everybody supported him.

It was interesting because there was a time in my career when I was investing and I looked at it and was like, “Well of course; companies that do good things ultimately are going to perform better.”

Watching my dad and how he treated people certainly had a big impact on what I viewed as possible. It has shaped what we do at TriLinc.

He was a great person. He passed away a couple years ago; even then it was evident that just one person can have such an impact. We had thousands of people at the funeral.

What is one word that would describe your journey so far?

Let me think about that… interesting…

I’ll take it: fun with some interesting in between.

Yes, fun with interesting in between. [Laughs.]

Prior to co-founding TriLinc, Gloria Nelund held fiduciary responsibility for more than $50 billion in investment assets. In addition to her role as divisional CEO, she served as the only female member of the Global Private Wealth Management Executive Committee.