impactmania > Articles > Hero of the Planet, Sylvia Earle, on the Earth’s Blue Lungs 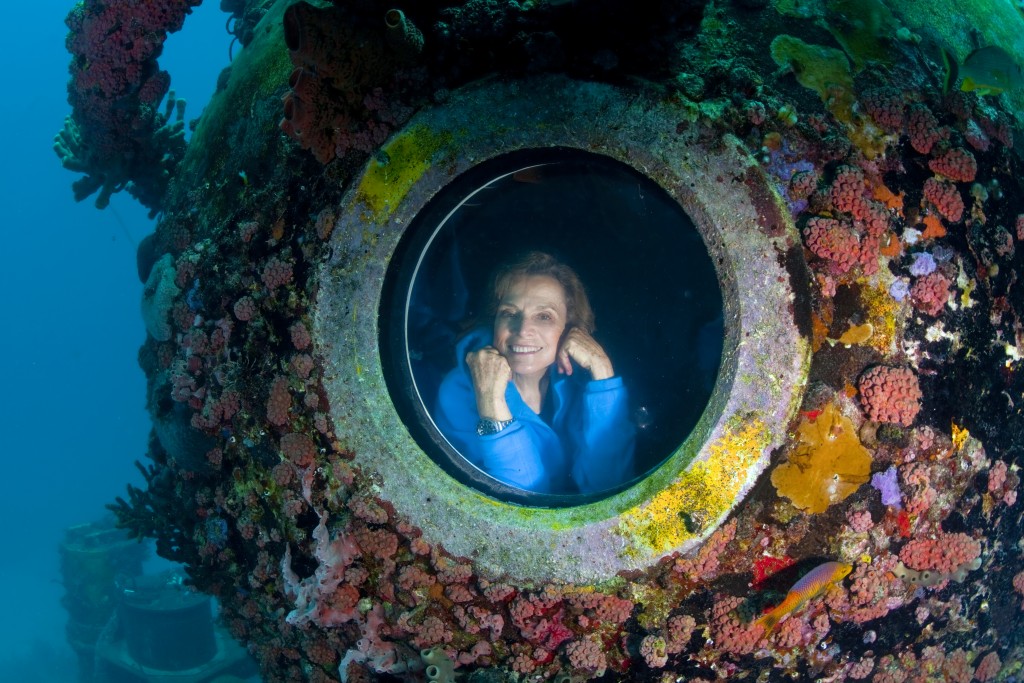 The rainforests may offer up to a quarter of the Earth’s atmospheric oxygen; most of our oxygen comes from the oceans. Marine biologist, Sylvia Earle, has logged more than 7,000 hours under water, Sylvia Earle is a National Geographic Explorer in Residence named “Living Legend” by the Library of Congress and first “Hero of the Planet” by TIME Magazine. Dr. Earle won the TED Prize in 2009.

impactmania caught up with Earle in an open spot during her busy day. Just arrived from China, she had already attended a meeting at the Google offices and returned home in daunting Bay Area traffic. The next day, Earle would catch a plane to the East Coast.

Congratulations; you’ve just realized a 19th Hope Spot [protected places that are critical to the health of the ocean]. Has Mission Blue set a target number of Hope Spots?

Well, there’s no set number. We have just zeroed in on the Bering Straits. The concept of Hope Spots is that it really embraces marine protected areas that currently exist. It’s not like a marine area that has defined borders either.

What happens after an area is named a Hope Spot?

We’re focusing on raising awareness and bringing attention to the importance of protecting that area. Often this is associated with expeditions to explore and document and demonstrate.

You are working with 60-plus ocean conservation groups. Could you provide an example of what a successful collaboration looks like?

The idea for Mission Blue originated with my receipt of the TED prize in 2009. Part of the opportunity was to ignite public support—for establishing protection for areas in the sea called Hope Spots, aimed at protecting the blue heart of the planet, the ocean.

Part of the realization of that wish was an expedition to the Galapagos Islands aboard the National Geographic vessel called the Endeavor. We assembled 100 leaders from around the world, leaders in science and in policy. That expedition alone had a number of key conservation organizations represented. World Wildlife, Nature Conservancy, Conservation International, Wild Aid, NRDC, National Geographic, of course, and the Foundation that originated to support this.

It’s an ongoing process, where we use our power as a convener, and as a voice for the ocean, a voice for these other organizations to lift and celebrate successes and to help solve problems by working together. 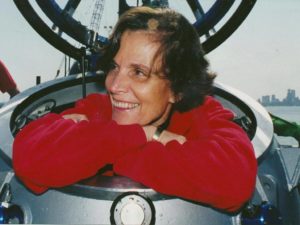 Sylvia Earle has logged more than 7,000 hours under water. In 1970, Earle was selected to lead the first all-female team of aquanauts in Tektite II, an underwater laboratory.

With so many organizations, how do you prioritize need?

Some of it is opportunistic; something that is in motion where we can weigh in to be helpful. For example, the Australian government, with critical encouragement and support from The Pew Charitable Trusts, has been working to develop a major commitment for looking at their entire exclusive economic zones. I have been to Australia half a dozen times to work with the Australian government and Australian organizations to lend support to their initiative to dedicate one-third of their entire exclusive economic zone for protection.

Mission Blue gave rise to something called Ocean Elders. One of the principal members of the Ocean Elders is Sir Richard Branson. And he, too, has been down to Australia several times in connection with this initiative. Other Ocean Elders are Ted Turner, Queen Noor, and Prince Albert. We use our connections and our influence to promote these initiatives.

All people have received the benefits of those who have preceded us.

We take for granted, in many ways, the benefits, that come from our predecessors… everything from the technologies that give us the infrastructure to fresh water that we magically extract from our plumbing systems. Imagine if we had to start from scratch every generation. What we have inherited from the past, we not only have almost an obligation to pass onto our children and to the next generation and to leave it, [but also] to enhance what we have learned so that we progress from [one] generation to the next.

My mother used to say, looking at the disaster that was my room: You must leave your place better than you find it [laughs]. My father was an engineer, and he would look at my tendency to take things apart to see how they work and he reminded me to save all the pieces and know how to put things back together again [laughs].

I’m mindful that with respect to the natural world that has given us things that we have taken for granted like, the water that falls out of the sky, that we extract from the ground, and the air that we breathe, we have consumed much of nature and, now, for the first time, perhaps, in all of our history, we realize that there are limits to what we can take. We have to give back to the natural systems that support us.

Do you have examples of companies that are for-profit and for-purpose ?

National Geographic is a nonprofit, but it embraces profit-making centers such as the television channel, the books, and so on. Funding is raised through their profit-making side of the enterprise, but they give back through the nonprofit side. Rolex makes monies selling watches, but they give back enormously; they grant to various exploration, conservation, and other nonprofit endeavors.

What can others do to become more involved to support your mission?

People certainly could directly contribute, knowing that we do our utmost to provide support for those organizations that are really making a difference for the ocean.

I suggest that people who want to make a difference, to realize what their powers are, realize that there is an opportunity now. I regard this as a sweet spot in time. If you’re a lawyer, use your power as a lawyer. Get involved with organizations and causes. If you’re a teacher, you have enormous opportunities to convey to your students the importance of taking care of the natural world.

Make smart choices about the companies that you choose to buy from. Choose not to consume wildlife from the ocean. That includes tunas and sharks and swordfish. Eat low on the food chain. Explore the ocean. If you haven’t taken the plunge, put on a mask to see life in the ocean yourself. Go to an aquarium; realize that all fish, like all cats and dogs and horses and people, are individuals. We treat fish as if they’re just commodities. Realize that they have a place in the world that transcends just pounds of meat [laughs].

We need to respect wild fish in lakes, rivers, and streams, and certainly in the ocean. They’re not just commodities to be consumed, they’re part of what makes the planet function in our favor.

This is an interview from Impact X, published in May 2015.