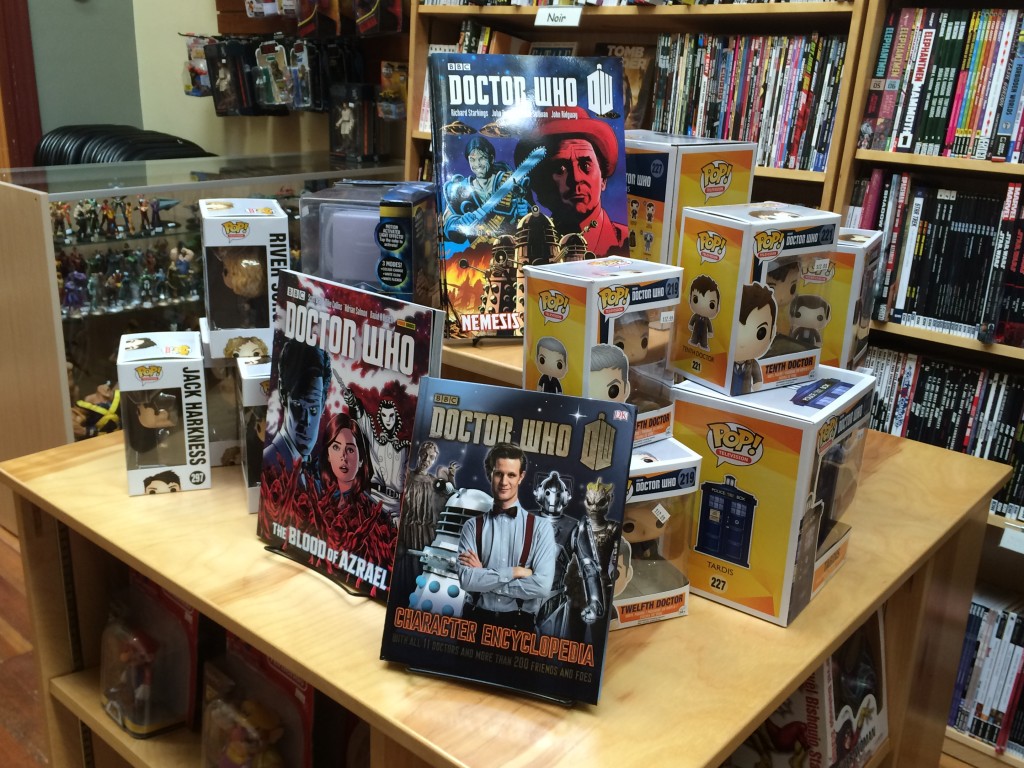 In this time when we can immediately share our creations online, we might think that fan fiction is new. Fan fiction is stories about popular fictional characters written by fans and usually published online for other fans to read.

However, we see examples of people inspired to create by their passions throughout history. Virgil’s Aeneid could be considered a fan fiction of The Iliad, and The Iliad could be considered a fan fiction of the Greek mythology pantheon. The statues and stained glass and churches can be considered fan art. Our mainstream TV shows and movies are also inspired by another source. The popular Marvel movies have helped transition geeks into mainstream culture where geeks are also producers of culture, despite the original source being almost a century old. The continuous output of TV shows and movies about Sherlock Holmes operate in a similar way. Due to the work of fans and fandom academics, we are now beginning to see fan generated works as an endeavor worthy of an adult’s time, both as a hobby and as a focus in academia.

As a fan myself, and as one who has been writing fan fiction for more than a decade, it has only been recently that I have begun to see my work as a legitimate creative outlet. Now, I find myself drawn to study fan fiction for my master’s thesis as I am fascinated by what people do when they can create without censorship. Just by glancing at the popular fan fiction archive website, Archive of our Own (AO3), the total number of fan fictions online total at least in the hundreds of thousands. Previous academics have studied fan fiction’s legitimacy as literature in comparison to the ore traditional mediums of novels, fan fiction as pornography for women, and suggested fan fiction as a queer female space, to name a few. As a Sexuality Studies Masters student at San Francisco State University, I study the love and frustration that inspires fans, and how that frustration spurs fans to explore representation and gender through fan fiction.

Fandom studies pioneer Henry Jenkins [i] argued for fan fiction’s legitimacy as literature in his book, Textual Poachers: Television Fans and Participatory Culture, originally published in 1992. Regardless of whether or not you believe that fan fiction is legitimate as literature, the fact remains that thousands of people are writing. J. K. Rowling, author of the Harry Potter series, is lauded for inspiring an entire generation of children to read [ii]. However, she also inspired a generation of writers, including myself. Like many others, I love her characters, her world, and her concepts. And like many others, I find myself frustrated—wanting more from the story and more representation. Have you ever gone to the movies and failed to see yourself in any of the characters? Or, when you do see someone like you, they are a stereotype of your group?

I have rewritten Harry Potter as Jewish to satisfy my need for representation. Many fan authors have rewritten him as a girl in gender swap stories, and I have read such fan fictions to see a girl be the hero of my favorite story. I am not alone in this. There are blog dedicated to fan art and fan fiction of Harry Potter characters as different races. People write fan fictions that are over 100,000 words of the romance between their two favorite male characters. With the release of Star Wars: the Force Awakens, people have been enthusiastically writing romance and pornography between Poe and Finn, a Latino man and a black man, which we are unlikely to see on a big picture screen. In this way, while people find frustration with mainstream fiction, they themselves can challenge it. Fan fiction can be a tool for gender exploration as well. While a small portion of the total amount of fan fiction out there, transbending a character—meaning, for example, a male character remains male, but is trans. A beloved character who remains the same becomes more relatable to an underrepresented group when they can be rewritten as a member of that group.

Often fan fiction is a tool to challenge the clichés we can easily grow tired of in fiction. They are often called “fix-it fics,” because authors feel that they have a better—or at least a less tragic—solution. Phil Coulson’s death in the Avengers is a popular example of this, where people wrote ways in which he had not died (and then it was revealed that he hadn’t died in the movies). Many fan fictions find ways to undo character death and general unhappiness, though many of them, like Virgil’s Aeneid focus on a minor character or a minor plot point and expand until we have an epic that went previously unseen in the major story. Other fan fictions address writing issues, such as when characters are poorly written (a common treatment for female and PoC characters), and the fan authors correct what they feel has been incorrectly done.

As fans, we love the stories and we love these characters. But we often do not see ourselves in mainstream fiction, either in TV, film, and literature, so we become writers who can fix that. We take pleasure where we can, and fill in the blanks with our own creative work [iii]. I study what it means to find pleasure in some aspects of fiction, and dissatisfaction in others. Furthermore, with my work in fandom, I study what it means to create in response to that dissatisfaction.

As someone who loves fiction but also finds it frustrating, I adore fan fiction. If I’m dissatisfied with the ending of the movie, I can search for it online and find someone who’s written a better ending. When I’m tired of the clichés or want better representation, I find it in fan fiction. Given that fandom studies are a relatively new field, and much is still unexplored in this creative outlet, I hope to approach fan fiction with both critical analysis and insider understanding. In my studies, I conduct research on how fans explore their sexuality through the use of fandom. I investigate how we reinvent stories to find representation of race, ethnicities, queer identities, and gender identities, within them.