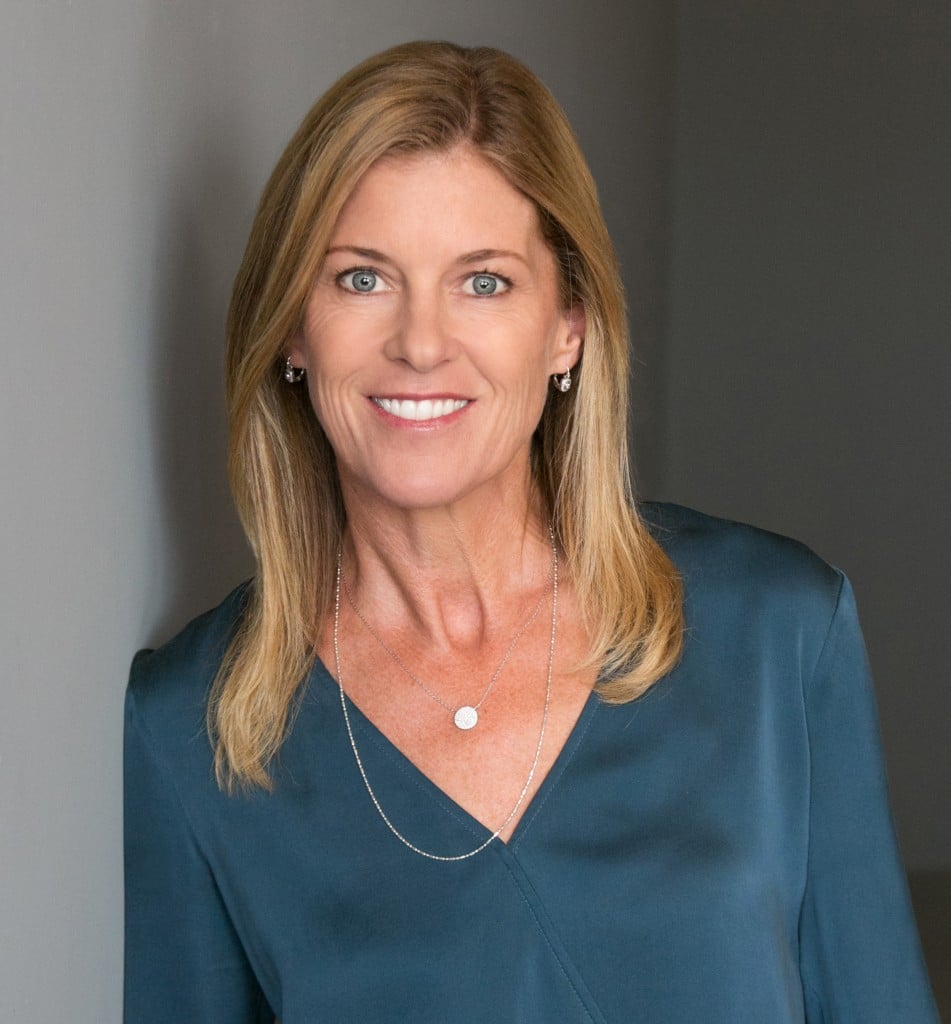 Robin Hauser Reynolds, Director/Producer of the documentary film, CODE: Debugging the Gender Gap, discusses the influence of women and minorities in technology and how diversity equals innovation.

You have been touring the world with CODE?

We premiered at Tribeca Film Festival, April 2015, so we’ve been on the road almost a year.

I’ve have taken it to the UK, India, all over the United States, in Dublin and France, and then Germany – it’s crazy. It’s actually screened in 15 countries now. 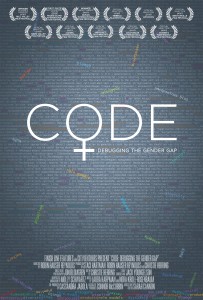 We sold the rights to BBC Persia – they’re broadcasting it in Iran.

We knew we were making a film that would be of interest in California, and probably New York, about the lack of women and people of color in computer science engineering and tech.

We weren’t afraid to put some serious issues that are happening to women and people of color in tech.

But it turns out that this is the same thing that is happening to them across many industries, and because of that the film is being screened and appreciated by audiences at many different types of companies, including banks, the retail world, and advertising.

Autotrader.uk just bought a screening. It’s interesting how far reaching it really has gotten and I think it’s because of the global issues.

You have to thank your daughter for this, right?

Stacy Hartman [co-producer of CODE] and I both have daughters. And yes, my daughter was studying computer science in college and that certainly brought my awareness to this whole issue.

Then there was a bit of publicity about the lack of diversity in tech thanks to Tracy Chou at Pinterest.

It wasn’t that long before the White House put out a report saying that there would be a million unfilled computer science related jobs by the year 2020.

I thought that’s crazy. We can’t supply enough computer scientists, it turns out we’re missing half the population.

It’s fascinating, we’re talking because this week we posted an interview with one of the 200 women partners in the VC world. She said 15 years ago there were more women VCs, than there are now.

I think the VC world’s almost worse than tech.

It’s incredible when you think about how few women-led companies are funded, and how few women VCs there are. It’s also a big problem.

You asked this question, but what would society look like if more women and minorities code?

It is really important to realize that diversity equals innovation. There are two things that factor. Number one, there’s actually scientific data and studies that support that when you add women to a team, you have better return on investment, better efficiency, and better companies.

There was a study that was done June 2011, published in the Harvard Business Review, and it stated that, regardless of the individual IQ of a team of men, if you add one woman to that team, the collective IQ rises. And, the more women you add, the higher the IQ, so that’s pretty strong evidence of the importance of having women on the team.

Then there are examples like the airbag for example. The airbag was designed by a group of white men. Though I’m sure they thought about the fact that there would be people of different weight that would be in the driver’s seat, they never really took into account the different frames, so the frame of a woman’s body, or a child.

As a result, the first airbags injured and killed a number of women and children.

It shows the myopic perspective of a team. If it’s a homogeneous chain, and if they aren’t representing different genders, different races, and different socioeconomic backgrounds. 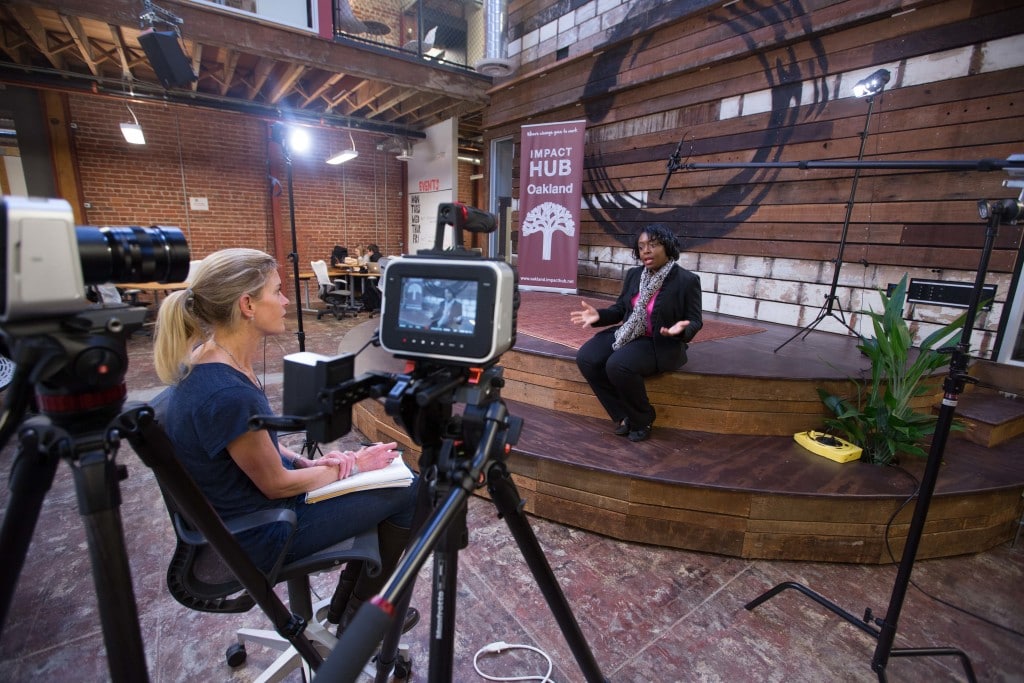 What are some of the important things girls learn by programming?

The more important thing is that women deserve to be part of the tech world if they want to be part of it. Let’s just start with that assumption.

Women and people of color should have access to those jobs if they want them. Everybody, girls and boys, of all different races and socioeconomic background should know something about programming.

Because it’s in their future, it’s in our current lives embedded in everything, in our cellphones, in our cars, in our hospitals.

And, just like it’s important for us to know a little bit about law and economics. It’s important these days for kids getting out of college to know something about computer science as well.

With that base and assumption, if you have the skill to code, you could take it into any industry. You can take it into automotive, fashion, medicine, and filmmaking.

What are your views on this very highly connected world we’re moving toward?

I’m not afraid of it. It’s really important to realize that every generation has had a little bit of a concern about the future just the same way that people were worried when the telephone was first invented, or the television, or then the iPhone.

We resisted our kids having them. Now, we realize that texting is their way of communicating.

It’s too bad that our kids might not be as good verbal communicators, as perhaps we think they should be, because their generation tends to text everything.

But that’s the advancement of technology and of our society. I think it’s more important to understand it and try to embrace it and improve it.

I am not someone that thinks the world’s moving toward 100 percent automation. I don’t believe that, because programming needs to be done by a human mind.

What is needed to bring more young women and minorities into science and technology?

First and foremost, we need to change the stereotype. You’ve heard the old adage you cannot be what you cannot see. That’s especially true in computer science and engineering.

If young women or people of color don’t see women like them, it’s hard for them to believe that they can actually get there. The stereotypical image of a computer science engineer, a 20-year old white or Asian male, who is wearing a hoodie and sits in the basement, drinks Red Bull, eats stale pizza and stays up all night.

I don’t think that’s attractive to a lot of women and yet that not necessarily how it has to be.

That’s why we put Danielle Feinberg from Pixar in the film, because she is an amazing young and super athletic woman who is a brilliant coder. Her team writes strings of code that control the way light is seen in all of the Pixar films.

For instance, she controls the way Merida’s hair bounces in Brave. Or the way light shines off of a school of fish in Finding Nemo. That’s super creative.

It’s real important that we have to start looking at alternative education sources, because our computer science departments are full. They’re filled with foreigners and men. Employers have to start appreciating more of a trade school mentality when it comes to finding coders.

Have you seen examples, currently, nationally?

There are tons of them. Whether it’s Hacker School, Hackbright Academy, and General Assembly. We started that website, shescoding.org, that lists a lot of these resources.

What can people do to support the mission?

They can hire and promote women and people of color. That’s incredibly important thing that people can start doing. 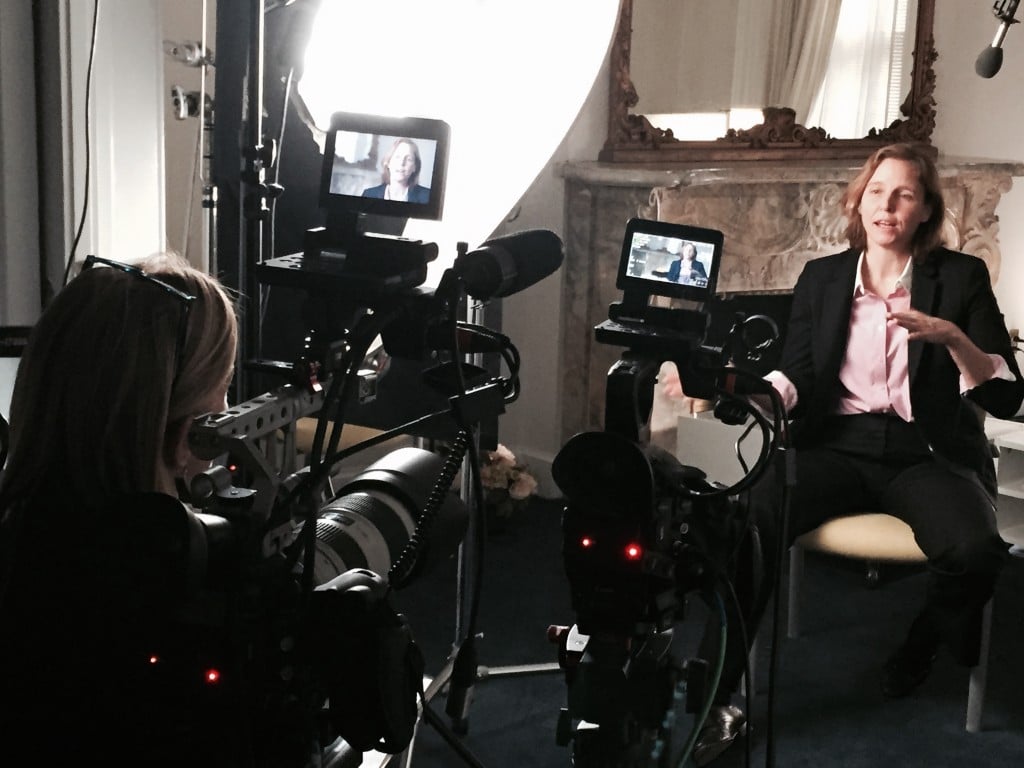 What have you learned by making this documentary?

I’ve learned that there’s an enormous appetite for the discussion on making a comfortable workplace environment for women and people of color, for the importance of diversity.

I’m shocked at certain things, I was really shocked that there’s still sexism in startup culture, given that they’re 20-something year olds.

That’s hard for me to understand, I don’t believe that they were raised with a sexist mentality. I’m really curious as to where that’s being bred and why that continues to happen. And I was really surprised to learn that there are more women in computer science in the mid 80s than there are now, so the numbers are actually dwindling.

I’m still going to be on the road, till the end of the year, with CODE. I’ll make another documentary film that will probably be about the importance of collaboration between men and women.

We always ask people we interview who their impact maker is – a person who had an imprint on your professional DNA. Who would that be?

Wow. Well I would say it would be my father. He has always been a very hard worker and an entrepreneur. Certainly my mother too, I was really fortunate to grow up with two parents who are both very intelligent and productive and also who care a lot about giving back to the world. Both of them volunteer an enormous amount of time. Both of them responded well to me being very young and saying: “Wait a minute, why is it a father son trip or why can’t I go?”

They really encouraged me to do whatever I set my mind to do and they gave me the confidence. That is one of the most important things that we can give our daughters – confidence.

I’d say humbling. It’s gratifying and humbling. I love what I do. I will continue to make cause-based documentary films as long as I feel that I can put out good quality films that are actually helping to influence change and that are supporting people that want change.

Hero of the Planet, Sylvia Earle, on the Earth's Blue Lungs