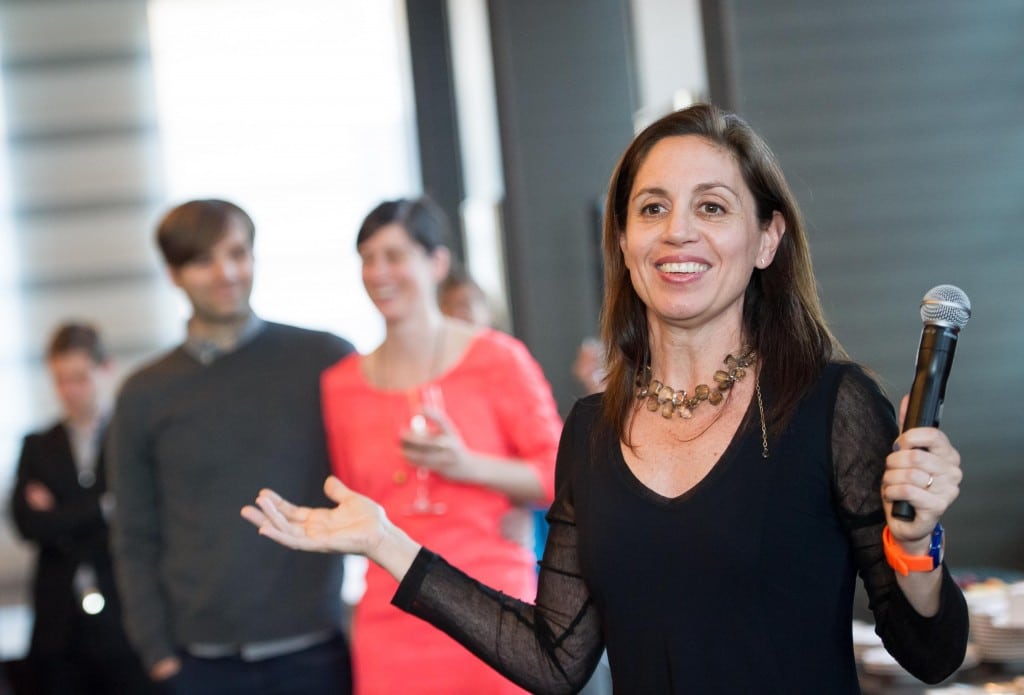 826 Valencia: Advocating for Change Through the Literary Arts

826 Valencia is a nonprofit organization dedicated to supporting under-resourced students ages six to eighteen with their creative and expository writing skills and to helping teachers inspire their students to write.

The services are structured around the understanding that great leaps in learning can happen with one-on-one attention and that strong writing skills are fundamental to future success.

826 Valencia was founded in 2002, by educator Nínive Calegari and author Dave Eggers. Calegari spoke with impactmania about the difference the organization has made since its San Francisco beginnings, and now across the country.

You have an impressive educational background. How and why did you become involved with the important work of serving underprivileged youth?

I thought the greatest political act was to connect directly with young people and empower them to have a positive future.

Have them not only want to participate in our democracy, but to maximize their learning so that they can control their lives and become their very best selves.

To realize that, which I thought was a great act of political nature, I felt the best way to do that was to be in the classroom and to be as connected with them as possible.

What goals did you and your partner set out to accomplish when you co-founded 826 Valencia? 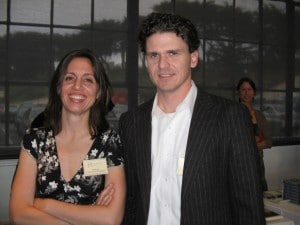 When Dave and I connected, I was mainly focused on supporting kids and moms in the neighborhood of the Mission. And supporting teachers in their classroom.

What ended up evolving was actually founding and designing a volunteer-run engine that ended up being an incredibly multifaceted organization benefiting the volunteers, too.

But, when we first started I was thinking about was happening in the classroom.

I knew that even the best teachers under the best circumstances never had enough time to read all their kids writing, and that getting that undivided attention was going to be really critical.

I am Mexican-American, and so going into the heart of the Latino community. It was incredibly exciting to work within the community that I care incredibly about and I feel super connected to.

Was the inspiration behind the Pirate Supply Store not only to fill a retail need for zoning, but also a draw for kids and a way to invoke the history of San Francisco?

That might be a slight twist. The real estate was zoned, we had to put in the store, and it was Dave’s idea to put in the Pirate Supply Store.

When we took down the ceiling that was very, very low these beautiful wood beams were exposed that evoked the hull of a ship. The stores are not necessarily always connected to a history. They’re just connected to what the local talent thought would be the very best, most fun, engaging, and electric solutions to creating this gateway.

Kids were excited to continue learning and doing homework, because the space was so surprising and electric, and exciting.

I was also able hand out hundreds of volunteer applications and get individual donors to engage with our work.

It ended up that the Pirate Store is a gold mine, and as we opened up seven more sites around the country we were telling people that they definitely had to have a store, so that they could open their doors to the community.

It has a layer of authenticity, which I think the kids love versus plasticky looking stuff.

Another layer that I always ask of the teams, is to make sure that the stores have at least 45 minutes of fun interactive activities to do before the kids turn to their guardian and ask them to buy something.

I had learned of an instance where a family had driven from Fresno to San Francisco to visit our store. That was a big honor, but it also clarified for me the big responsibility that the trip needs to be worth while. 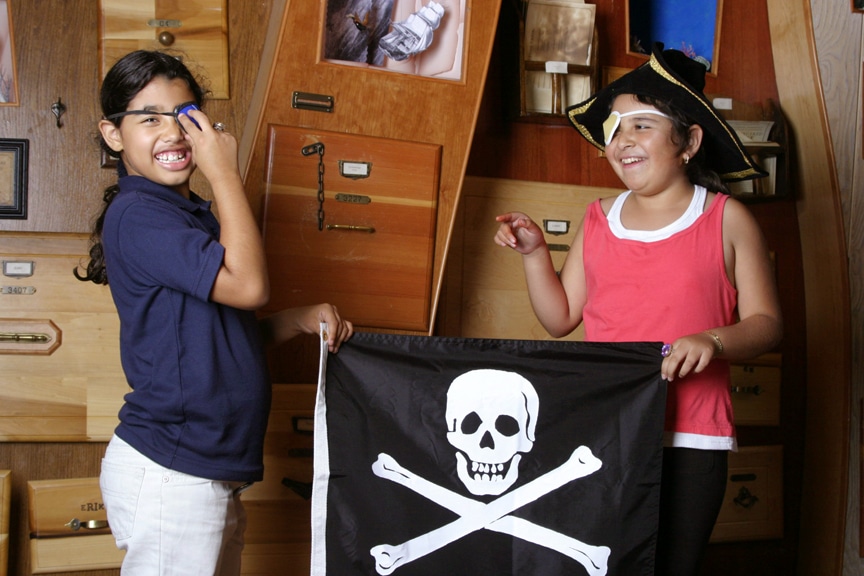 Are the students encouraged to pursue any writing style, or is creative writing the point of emphasis?

There’s a lot of opportunity to write exploratory pieces, critical analysis, journalism, and observational writing. The students find their match, either at the center, or in school or after-school — in a lot of different ways.

When we’re in the schools and working on homework, we work at the teacher’s behalf.

It’s one of the golden nuggets of our success is that we ask teachers what needs to get done. Then we help them do it. And we bring the funding in from the outside.

There isn’t one sort of push. The most important thing is that we’re increasing the kids’ skill, but also the kids’ affection for writing.

How would you describe the impact that 826 Valencia has on young minds?

The most important impact of 826, and similar places, is that young people learn and grow to understand in a very meaningful way. They have important stories to tell and that there are people who want to listen to them. And, learning how to write also has an incredible connection to restoring dignity where maybe there has been a loss of dignity.

I’ve never thought that everyone should go off and be a novelist. That was never my goal, and it’s not Dave’s goal either. The idea is that writing is such a powerful tool – that you can be whatever you want to be.

I think one person that comes to mind is there’s a San Francisco community organizer, named Gladys Thatcher, who built a lot of different organizations, including Enterprise for High School Students.

She had amazing ideas and built these great stable organizations that existed long past when she was there working them day-to-day. She’s a total inspiration to me.

Dave’s definitely the hardest working person I’ve ever met in my life. He’s a huge inspiration as well.

And, I would say that every single teacher that we’ve ever partnered with at 826, is doing what I consider the most important job in the country. Then, they’re coming and asking us to bring more resources to their kids.

Can you tell me about the book and the film that you were part of that was inspired by your advocacy work?

I do advocacy work to try to double teacher’s salaries, because our country undermines that profession. It’s a detriment to our entire peace and prosperity.

Yet, despite the obstacles that we put in front of teachers, there are still most teachers who go into the classroom every day and do well beyond an honest day’s work to try and find a life in every child. Those are the people that I am most inspired by.

The book is called, Teachers Have It Easy, which is a tongue-in-cheek title of a Studs Terkel inspired text where he used teacher’s oral stories.

I interviewed hundreds of teachers around the country, experts, and researchers. We talked about their incredible impact and inspirations, but also the financial struggles that they face.

And then, based on the book, Dave and I produced a movie, called American Teacher, directed by Academy Award-winning Vanessa Roth, and co-directed by Dave’s former student, Brian McGinn.

The two goals that we were trying to convey with the film:

We’re trying to show every day Americans that good teaching is very sophisticated. People don’t believe or understand this — there is a common misperception that teaching is easy. The other piece that we were trying to share is let’s not undervalue them, because they’re suffering financially. Teachers are not middle class anymore. They need to be stable in the middle class — over 60% of them have secondary income. We don’t expect the mayor to have a job. We should not expect a teacher to have a second job.

We had a national distribution of the movie available to 100 million homes. We got money from Microsoft Partners in Learning. We did 561 community screenings that were free, and every single community screening had a discussion after it that was really powerful.

And now, we’re working with a state senator in Maine who has legislation on the table to try and raise salaries. South Dakota raised salaries by implementing half-a-cent sales tax.

People are starting to understand that we have to prioritize the pay so that teachers can do this awesome, fearless work. That’s the other work that I do.

Nínive Calegari is a veteran public school teacher and served as the Executive Director of 826 Valencia until 2007 and the CEO of 826 National until 2010. Before teaching in her family’s hometown in Mexico, Nínive worked at Leadership High School, San Francisco’s first charter school, where she also served on the Board of Directors. She holds a Masters of Education in Teaching and Curriculum from Harvard University’s Graduate School of Education. Nínive, along with two co-authors, published Teachers Have it Easy: The Big Sacrifices and Small Salaries of America’s Teachers. In 2007, Nínive was awarded the ‘Daring Dozen’ award from the George Lucas Foundation, recognizing her for effective work in education. Nínive also founded and serves as president of The Teacher Salary Project, a nonprofit designed to build the political will necessary to transform how US society values effective teachers.