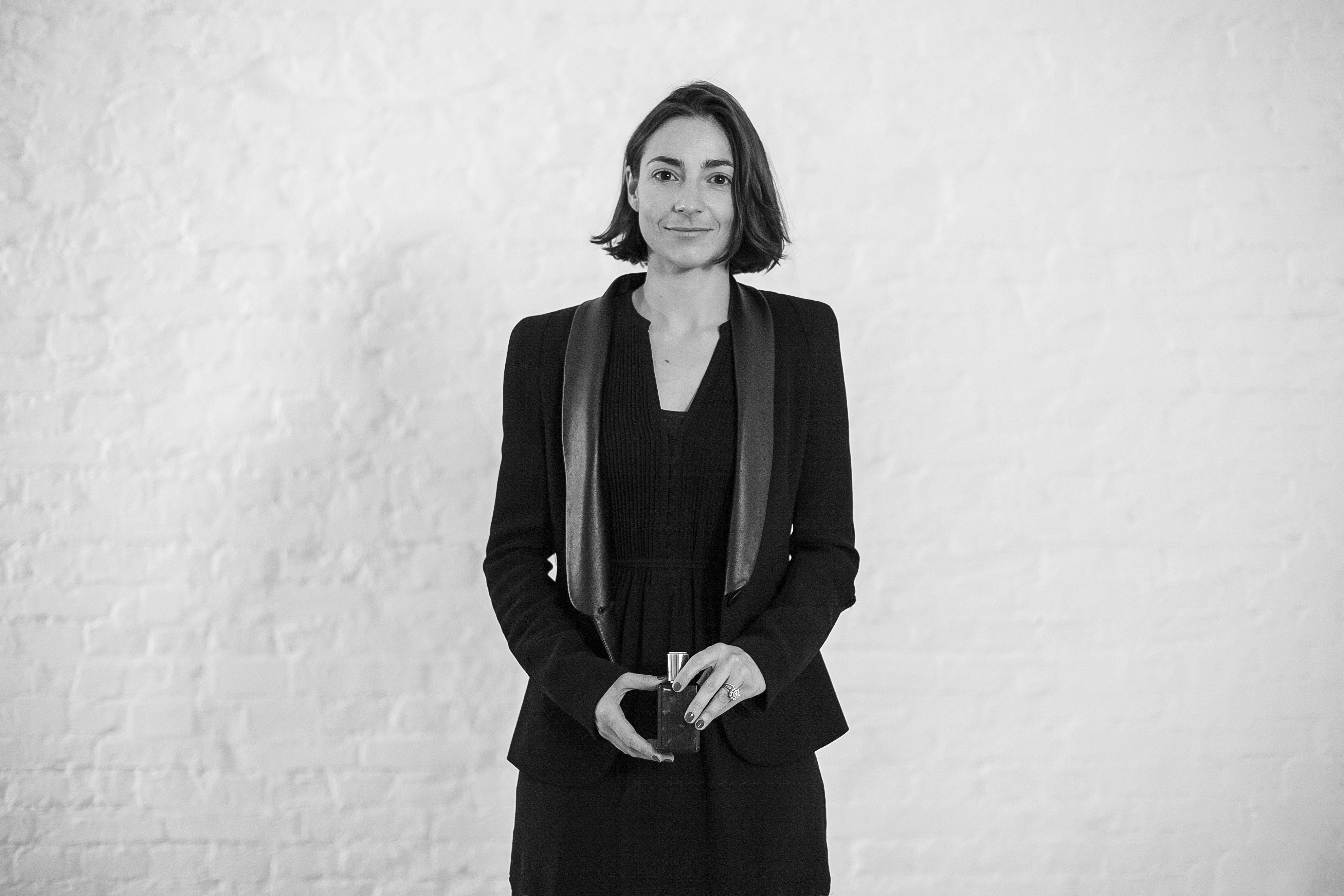 Marie Le Fèbvre is one of the approximately 500 Parfumeur Créateurs in the world. She speaks about ethically sourced ingredients and the social impact of fragrances.

Le Fèbvre attended the renowned ISIPCA perfume school in Versailles, founded in 1970 by Jean-Jacques Guerlain. After years of training at major perfume houses, she started her own label, Urban Scents, and is one of the few parfumeur créateurs (perfumers) who are working independently.

How many perfumers are there in the world?

There are different specializations. I am in a product without alcohol, which means that it’s more selective perfumery. So this is one category.

Then there are perfumers for hair care, body wash, and soap. Then there is a third category: the products in the household, which is a really huge industry.

There are five big international companies such as IFF International Favorite Fragrances which is an American company. We’ve got Firmenich, which is from Switzerland. These are among the five, six major companies that are responsible for 90 percent of the fragrances available worldwide.

There are five companies that control the scents we smell?

It is true. We are completely in the shadow. It is always the same people who are creating fragrances.

How many of these creators of scents are women?

I think, nowadays, I would say maybe 20 percent more women than men.

Every single time I read about the creators of fragrances of major houses, they’re men.

Yes. Things are changing: Hermès had their own in-house perfumer until last year, Jean-Claude Ellena. He was going to retire and was replaced by Christine Nagel, so by a woman.

Hermès has two other posts filled with women. More women are trained to become perfumer than men. 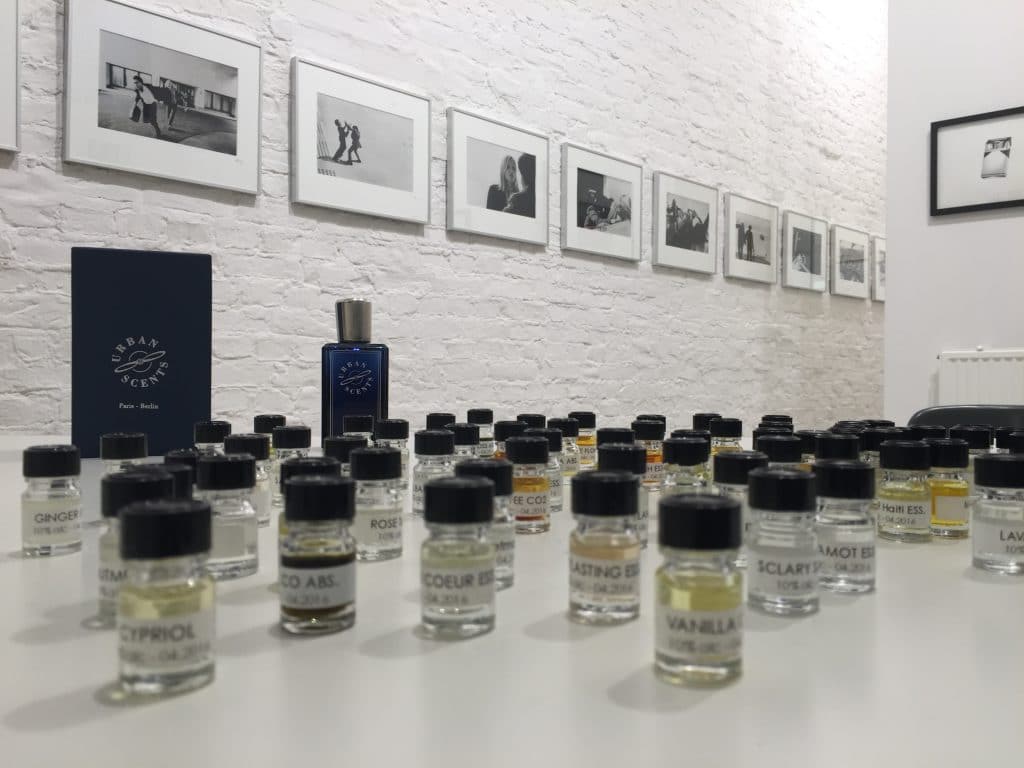 I’ve always been fascinated by smell — not fragrances, but by scents. It could be from just a garden flower. Food scents. Everything was connected with smell.

I was quite lucky at age 14 to meet a perfumer, who helped with my training,

You always need to find a master perfumer who trains you to become a perfumer. It takes you more or less 10 years before becoming a perfumer. Even then, you need to have someone in the back to always explain to you, to show you the way.

I started with learning the ingredients. It became a game. The perfumer I met offered me a box of materials and said, “You have to smell them before going to bed, when you wake up, and then you write everything down. Contact me when you are finished.”

I called him back, and then during a few years, we would have meetings. He would be giving me ingredients and would read my notes.

Then I started to organize my studies in order to enter school. Because I’m not from Grasse, the capital of fragrances in France and worldwide, it was not so easy to join the group. Actually, it is not whether you are a man or woman in our industry, it’s more if you are coming from this city, those families, or not.

I was part of the 18 people for training that year. Not all of them work in the industry; I was quite lucky to become a perfumer.

How does your pilot license help you with being a perfumer?

I’ve always traveled a lot with my parents. I’ve always loved that. Certainly when mixing, each time I was traveling, I took the opportunity to visit plantations to see how indigenous flowers were growing. You realize that the tiny plane is the best way to reach places, in Madagascar, Africa, or Amazonia, South America. It changed my life because instead of taking you five days by the traditional non-roads, it takes you a few hours flying. So yes, I decided to learn to fly.

Give me an example of a project you are working on?

At the moment, I am working on a product for Human Rights Watch.

The idea is how can you bring the idea of peace in a scent?

Being involved in Human Rights Watch, I realized that natural ingredients are coming to me from all over the world. I started to look closely at the origin of the ingredients.

He said, “No, no, it is from North Korea; we still have some stock, but since six months, we don’t have any more connections with them.” Then I realized that there is one ingredient that only grows in Iran. It’s called galbanum. You will find it in Chanel Cristalle, Chanel No. 19, and lots of other fragrances. Suddenly you realize that somehow there was never ever any problem to access this ingredient.

I started to investigate a little bit more of where and how ingredients are produced.

Now I’m working in collaboration with Stephane Piquart. His company, Behave, sources new ingredients for perfumers. Piquart works with the Himba tribe in Namibia, Shipibo tribe in the Amazon rainforest in Perú, and with aboriginals in Australia.

The ingredients are more expensive, but you are ensured that the money is going to those communities, and it gives sense to what you are doing.

With Human Rights Watch, we are creating a fragrance with the idea of using mostly ingredients from these three regions. The theme is migration, and it will be presented to the people who are participating in the summit in Berlin who will be discussing migration.

That’s one fragrance which is I think more interesting than the creations that most people come in contact with. 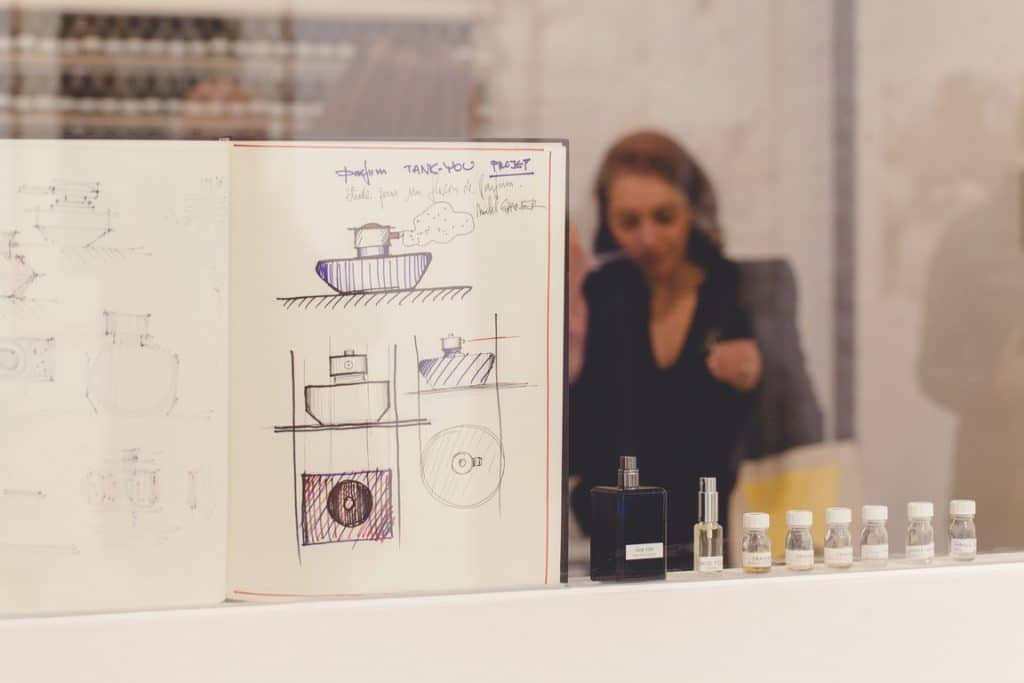 Marie Le Fèbvre, one of the world’s 500 Parfumeur Créateurs, developing a new scent

You also help people capture a personalized scent. Why would people create their own fragrance?

Most of the time it’s for people for whom scent is so important because it’s part of their identity. Some are asking for very powerful scents; they want that people smell them even when they left.

I was really surprised when a Japanese woman came and asked me if I could make something for her. Fragrance is not really part of their culture; it’s really about being discreet. She was searching for something so delicate, a lot of Japanese scents that you can’t find in fragrances. It is very fascinating also because you’re going into the intimacies of a smell only reserved for her husband and children.

Then I had a woman from Russia. She just could not stand aging. She was talking about something she read, about an Italian princess, who everyone loved when they smelled her. She was looking for that. I had to tell her that this magic potion does not exist. 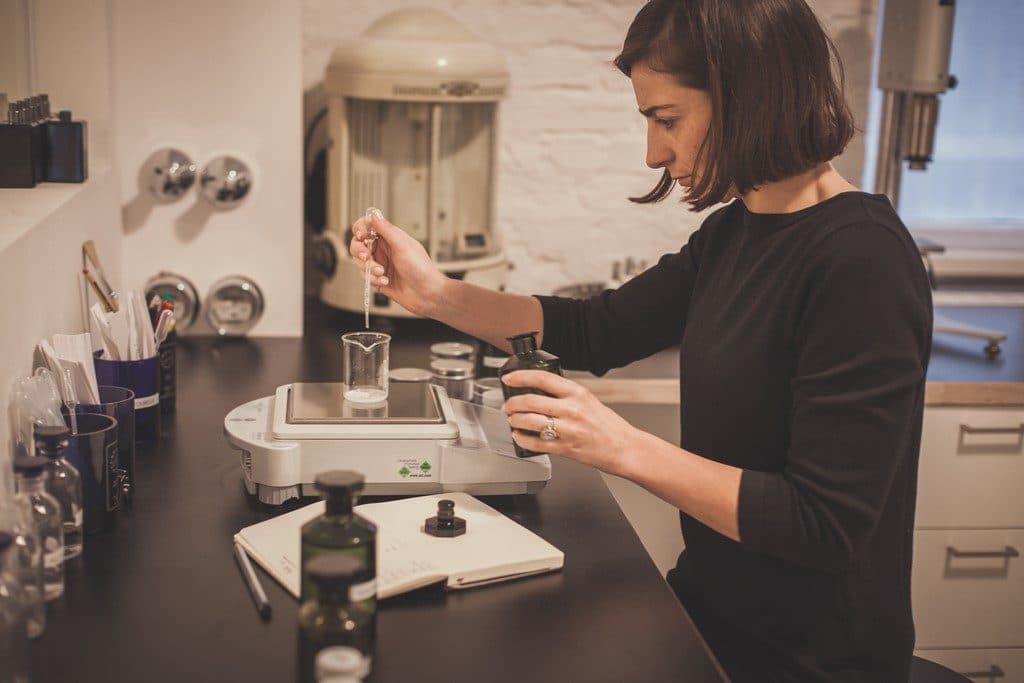 Marie Le Fèbvre in the lab

Give me a scent that describes your journey so far.

Vetiver. It is a root of an herb. They have a special smell because it’s like wood and earth and at the same time it’s very fresh, like dry grapefruit.

Then it’s bitter at the same time, soft, and warm. It’s, for me, the origins. Also because a part of my family live in Réunion Island by Madagascar; it’s one of the major ingredients there.

It’s very much reminiscent of my life and my roots.

Marie, I see that vetiver is described as sweet, heavy, earthy, and woody.

Yeah! [Laughs.] Earthy. Even though my brain is always in the sky, my feet are planted down in earth.

Urban Scents has a line of five fragrances (180 euro per fragrance) and three candles (65 euro per candle). Perfume made to order is by special request; it takes a minimum of nine months and costs approximately 8,000 euro.