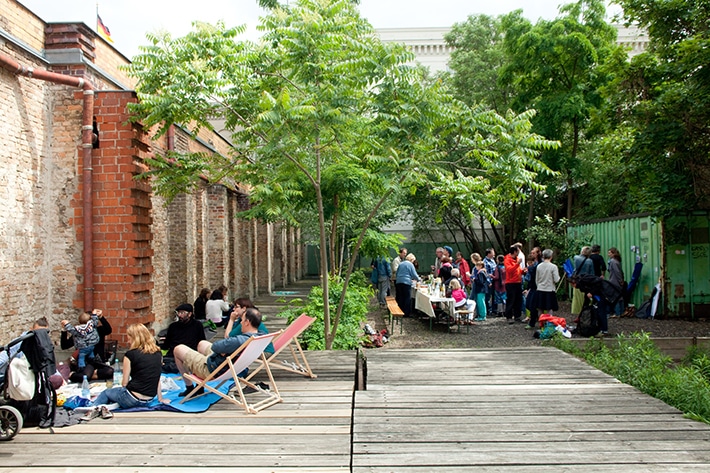 The festival Make City was founded last year in Berlin to bring new forms of housing and a new set of models for living together. Francesca Ferguson, initiator and CEO of the festival, is driving beyond pure architectural concerns and addressing civil society issues.

Have you been able to establish different stakeholders? Are residents, public, private, and nonprofit sectors involved in this dialogue about the development of the city?

We have founding partners, those who have a vested interest in Berlin’s city development going along a different route than the classic process of investor speculation and investor-driven property development. 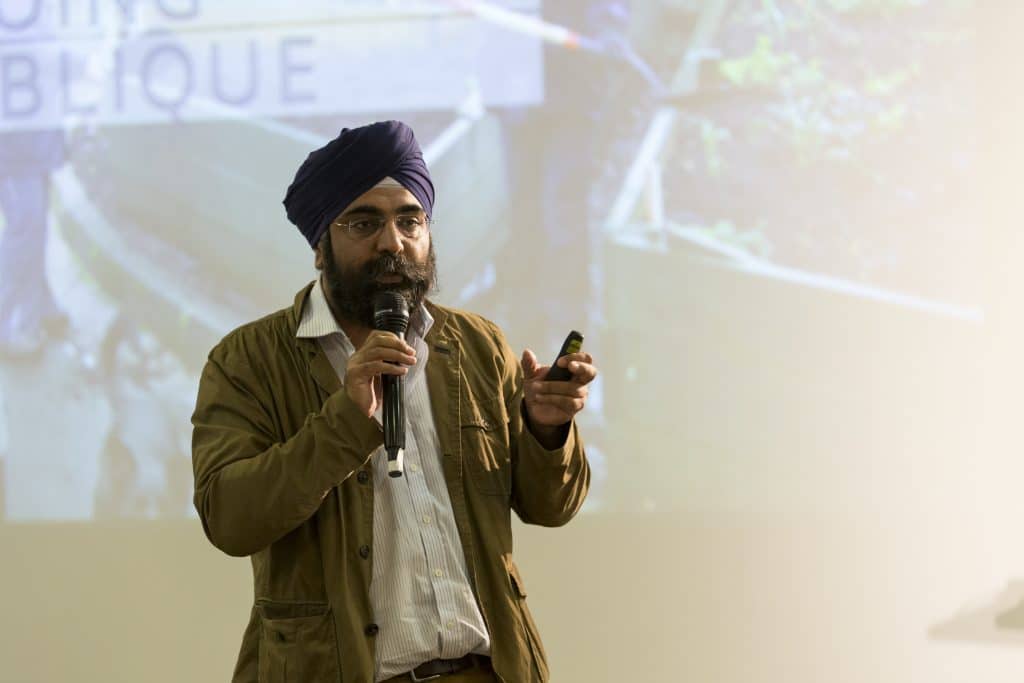 What’s the response been from commercial developers?

On the panels, we chose to have very progressive, free-minded developers who see themselves as mavericks — those who are setting up an alternative form of commercial or mixed-use developers, and architects as developers taking innovation in residential housing into their own hands.

They are the exception that proves the rule because the very facet of bottom-up development shows that the government has been put under pressure by activists. People have been protesting the sellout of public land to the highest bidder.

No one is talking about a building model for city development, which means that in a number of cases public lands are now being protected until investors develop a convincing concept, with a social agenda that goes beyond pure profit-making and expensive housing developments.

Is there a city that is a good model?

Paris, France, for example, for years has subsidized social housing competitions. So you get a lot of young architects and a certain level of architectural excellence. Whereas in London you’re looking at the wholesale kind of development purely on the basis of profit. It’s where land speculation and property speculation wins over.

You have to look at specific aspects and take examples from different cities with their specific conditions. What Berlin is trying to do — many say it’s almost too late — is to present another model of urban development that takes into account the fact that you had 15, 20 years where there were hardly any speculative investors interested in the city at all. Therefore you had a whole host of younger groups of architects who got themselves together as co-investors with alternative forms of financing to develop housing, and to develop spaces for cultural use. … So there was an active and fertile base for a mix of civic groups and activism — protesting as soon as they realized there is a precious part of the city and its social fabric under threat of development.

Tempelhof Airport is a very major example, where there was a referendum that stopped the city’s master plan for the huge former airfield. 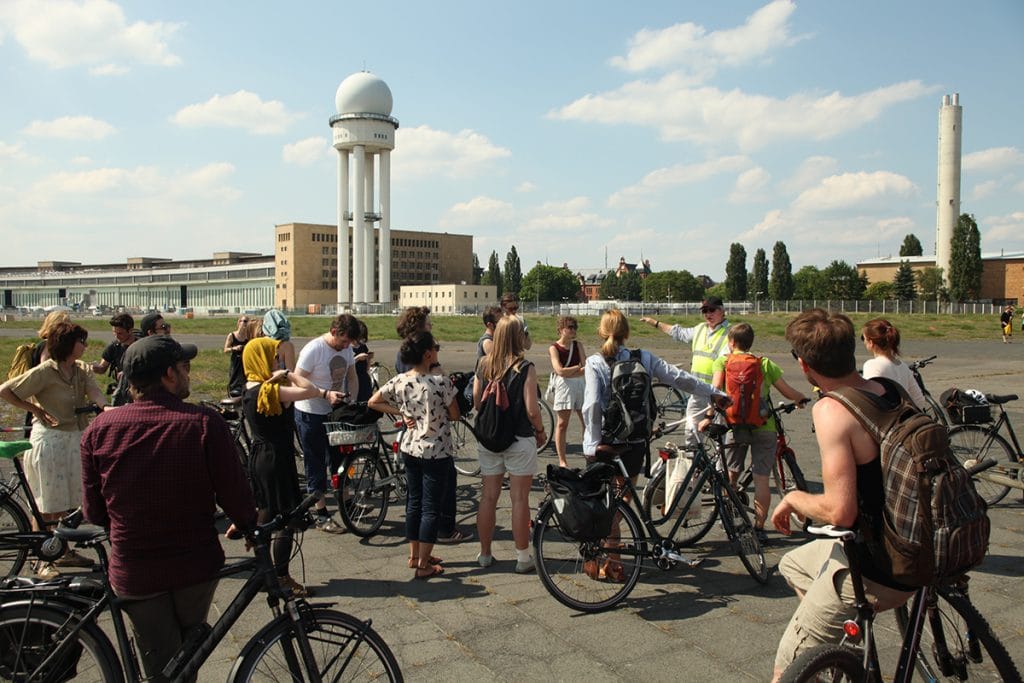 What is belonging in the future?

Particularly in the European context, we have a massive influx of migrants from poverty-stricken or economically beleaguered regions, but also extreme conflict regions. That is transforming the way that cities have to look at their own urban and civic identity in relation to this influx of a new cultural multiplicity.

There’s a massive kind of cultural mix that is impacting the daily life of the average citizen in Sweden or the Netherlands. In a city like Berlin, it’s noticeable in every district, because we have school gymnasiums now transformed into temporary shelters for refugees.

The notion of belonging is being fundamentally questioned because … you have these distressed and traumatized citizens who also represent entire segments of a population that are also well educated, ready and willing to work. It’s about how society accommodates that kind of otherness within their preconceived notions of urban-space styles of living and forms of cultural coexistence.

These things have to be redefined.

That’s very hard to say, but at the moment there’s a huge push for innovative residential housing — 400,000 units in the next 10 years; a major political agenda. On the one hand, there’s immense pressure to speedily deliver hundreds and thousands of units of housing in the city.

There’s pressure to build low-rent social housing. At the same time, there’s enormous pressure to accommodate the innovative, more experimental, and mixed-use concepts… Often the two do not meet because the government in Berlin wants to push ahead with standardized housing models at all costs.

You have civic groups who are saying they want to offer alternatives, which are based on the small scale — innovative projects from people who co-invest and build small units of housing Baugruppen — co-housing initiatives; all of which present urban alternatives. Make City was based upon these realities; this incredible dynamic of another way of seeing the city develop.

So we don’t know how Berlin will look, but we know that for now, wholesale selling out of sites of public lands to the highest bidder has at least been slowed down. As a result of civic pressure, the city government is considering a Berlin model. This means architects, investors and planners offering a conceptual basis for a socially just urban plan.

Is this already happening somewhere in the city?

There’s a notable current example, where the transactions have not yet been made: the ‘House of Statistics’ — a large-scale prefab building at Alexanderplatz where you have a collective of architects and those responsible for artist studios creating an organization that is protesting that this prefab building is sold for purely bureaucratic or office use.

They’re developing the district as an idea where there would be a kind of an oasis within the middle of the city that offers low rent and extremely mixed use to cultural and creative organizations, civic groups and organizations, but also housing for refugees. That is a very innovative model.

There is also a housing project that’s exemplary mixed-generation housing in Karlshorst that’s taken over a former school, and a housing development for women where many generations of women live under one roof…

What can people do to support these issues?

In Berlin there are roundtables for the defense of publicly owned lands. Anyone can join those meetings. There was an extreme case where there was a referendum. Just be aware of the impending developments in your area; citizens can participate in the design processes.

Berlin is known for individuals taking the area around a tree in the street outside their house, or between buildings, and working with that piece of land without asking permission. So you can do that on a very small scale.

There are very significant developments with refugees and social change you can involve yourself in on a local level. Volunteer and effect change by defining how one should deal with the migrants and how one should bring them in to one’s society.

The housing associations have a duty to listen to those that are renting housing. Most people don’t have so much of an understanding of what changes they can effect. One has to be aware and active on online platforms to make one’s voice heard. 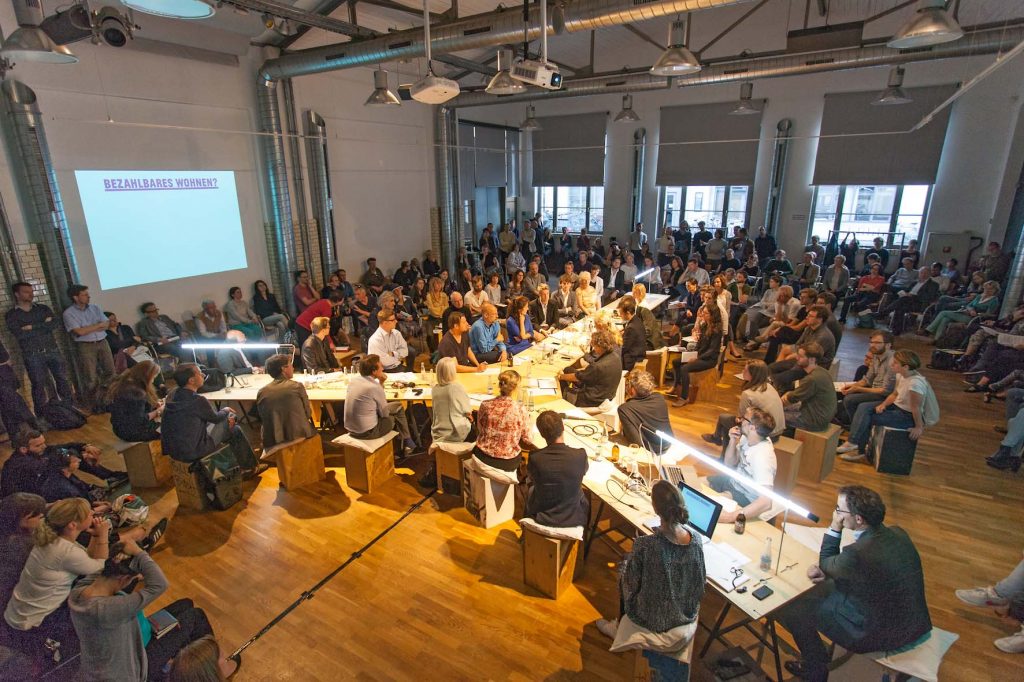 Why are these issues for you?

I’m a curator of architecture and urban issues. My interest has always been based on the incredibly swift development of Berlin after the wall came down. I’ve got a vested emotional interest in how the city itself is developing and looking at symbolic change that has been at high-speed compared to other cities, where development has already reached saturation point.

Berlin has been under a process of permanent change. I’ve seen ways in which both architects and planners and civic groups have affected some sort of extraordinary change in spaces that are unusual or temporary spaces.

The small-scale, or the movements from the bottom up, informal urban planning, brings a transformative power. You can see how that unifies people.

We talk about it as if it was something straightforward, and yet it requires a huge amount of engagement to develop alternative use of urban commons and urban space. It takes a lot of engagement of citizens to get together to create the framework and to manage that, especially as it’s unofficial. It’s not something that’s funded; it’s not something that’s acknowledged particularly on any sort of official level of our government until they see fit to use that to market the city…

Who is your impact maker, someone who left an imprint on your professional DNA?

He was behind the exhibition When Attitude Becomes Form and was looking, in the cultural context of contemporary art, at a whole movement of conceptual and radicalized political art. He brought together the political, the conceptual, and the cultural.

In curatorial work and practice, you’re not serving a certain art market or cultural market. You’re invested in a sort of political approach.

I would say that the sort of humor and liveliness and incredible architectural practice coming from a true maverick would be [English architect] Cedric Price who didn’t build so much really but devised extraordinary ideas like the Fun Palace with people from the world of theater who questioned every aspect of architecture.

For example, he looked at post-industrial landscape before that became a massive issue in art. He foresaw a whole process of thinking on how to transform and create alternative uses for pre-prescribed industrial and urban areas.

Give me your word that describes your journey so far?

Cedric Price said of Urban Drift ­— the label of which I worked on for a number of years before we came to Make City as a festival — that “Urban Drift speaks of movement and generosity.” 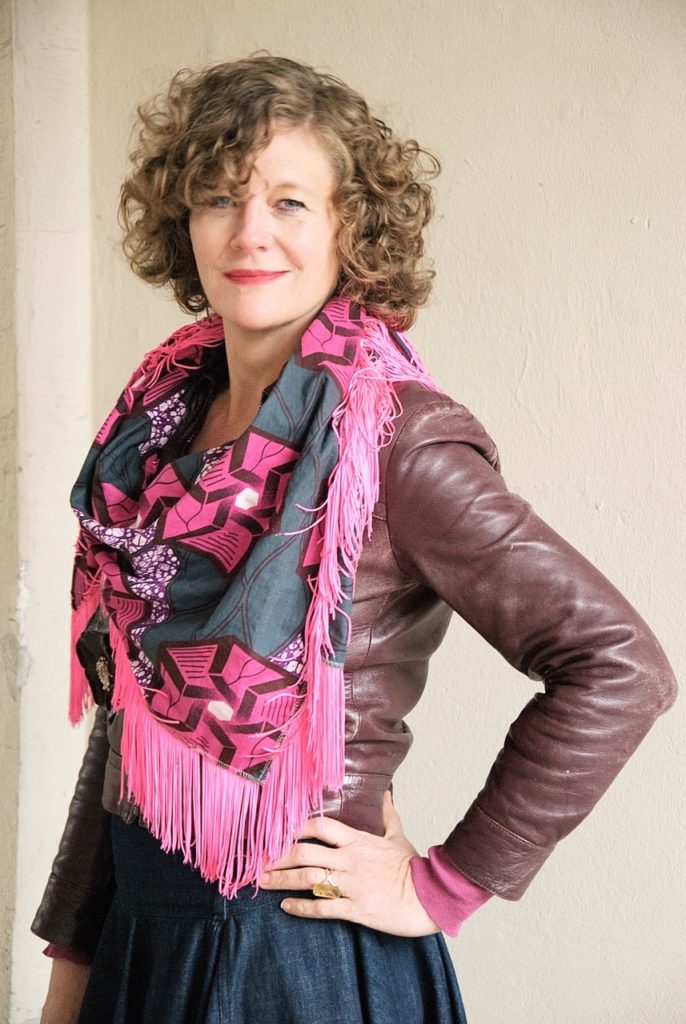 A city is extremely heterogeneous, and one has to be inclusive if one wants to find the voices that make up those who devise, make, build, and impact cities. You have to see no contradiction in including specific groups and activists, and also hearing the voices of the more progressive investors.

If we want to hear one another, we have to develop a language that is inclusive and generous.

Francesca Ferguson, founder and CEO of Urban Drift Projects & Make_Shift gGmbH, is a curator of architecture and urban issues. She has developed exhibitions, new formats for dialogue between architects and the public, trans-disciplinary projects and events. Ferguson curated the German Pavilion at the Architecture Bienniale in Venice, 2004, and directed the Swiss Architecture Museum in Basel.

Photographs and impactmania’s June homepage video is by courtesy of Make City.