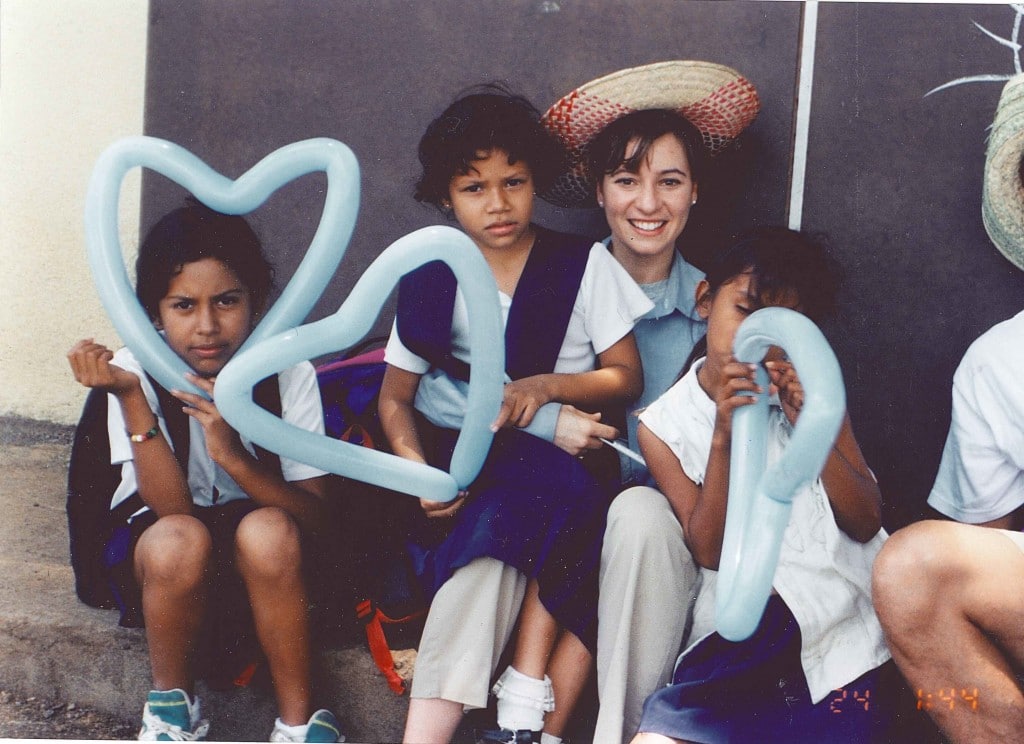 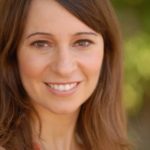 Pamela Hawley, Founder and CEO of UniversalGiving, left four jobs in two years after college. Then she founded the award-winning UniversalGiving, which allows people to donate and volunteer with top-performing, vetted organizations all over the world, with 100 percent going directly to the cause of choice.

UniversalGiving also helps with the strategy, operations, NGO vetting, and disbursements of funds for corporate clients such as Cisco and GAP.

impactmania spoke with Hawley about her work.

What has been one of the most successful programs you have seen under UniversalGiving?

We just facilitated about a $50,000 donation to distribute computers. [A global technology company called] TriOptima distributed them. It allowed the nonprofit Develop Africa to get computers out to hundreds of children in the community.

It’s interesting because sometimes we’re delivering thousands of micro-donations of $5, $10, or $15. We’re not going for the large, big bureaucratic organizations. We want to get it to the heart of nonprofits that are doing the great work on the ground.

The other area is the volunteering side. UniversalGiving is the giving and volunteering conjoined together, because we know people who volunteer are two-thirds more likely to give. If we can get them to volunteer, that’s when the giving really starts to happen because their heart’s gotten involved.

What is the split between funding and actually volunteering?

We’ve done more than $1.5 million in micro-donations on the UniversalGiving public website. Then, for example, for one corporate client, we are dispersing funds, more than $10 million, for them and vetted nearly 2,000 nonprofits.

For some clients, we’re facilitating hundreds of thousands of dollars every month and getting that money out there.

On the volunteer front, we’ve been able to facilitate more than $34 million worth of volunteer hours. The value of a volunteer hour, according to the independent sector, is about $19.97. Many volunteers’ hours are worth a lot more than they let on; if you’re going over and helping in PR, then it’s worth $80 or $120. 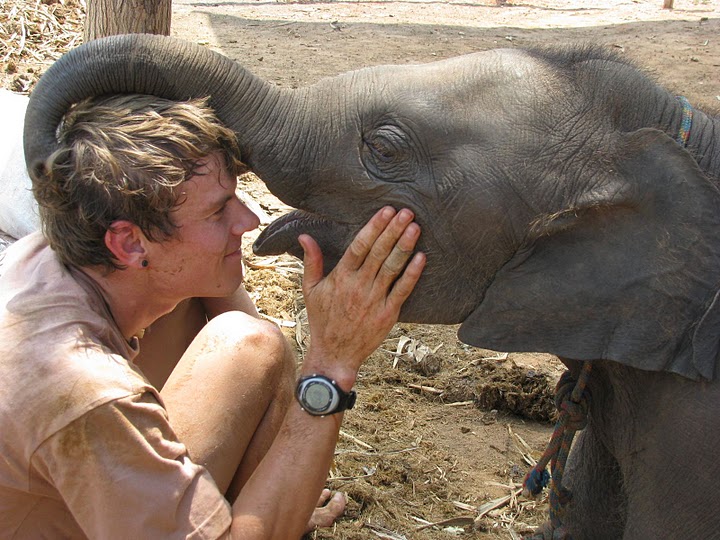 We’re very much lowballing this estimate of what our social return on investment is. We’re not just saying how many volunteers … we’re saying, what is the value of what they’ve done?

What are some of the corporate social responsibility (CSR) developments that you see in the market?

I’d say one of the biggest innovations has to come from the vetting side. When I started off, I knew from all my international travels that we would need to vet in order to make sure that people trusted giving. I came up with six stages from what I was observing on the ground. Now we have more than 22 stages, and it covers everything from finance to terrorism to a leadership review.

For example, we helped Cisco launch in 40 cities across the world, systematizing all of their giving and volunteering, setting up communications plans, and coordinating monthly calls with all of their international representatives. Then we vet NGOs, and we disperse NGOs.

For innovations within companies, the really gutsy companies are going into other countries and setting up CSR before they set up business operations. That is the advanced CSR company. It is very, very rare, but occasionally, it’s happening. You have to do it for the right reasons. You can’t just say, “Let’s go build our brand and get a good name, and then we’ll launch our company.” You really do have to be genuine about it, because you’re often dealing with local people, political people, and tribes people even.

If you do that, it just can make the whole tenure of the relationship of the company with the community so positive when you do launch your products and services. They’re excited to have you there.

The greatest trend has been [that] volunteering is becoming a must-have. The other thing is that … many companies … used to say, “Well, we’re not global, so we don’t have to deal with international.” That is really not the case anymore, and there are three to four major reasons why.

If you’re not operating in other cities, when a crisis comes … people still care. Usually companies have to set up some kind of fund or be involved in something while a crisis is international. The second is that many of the employees now have parents who were immigrants and so they want to give back to the local communities of origin, so they’re global in that way. The third is people who are global and immigrated here, they are also saying, “I want to get back to my country of origin. Global is relevant because your workforce is global.” 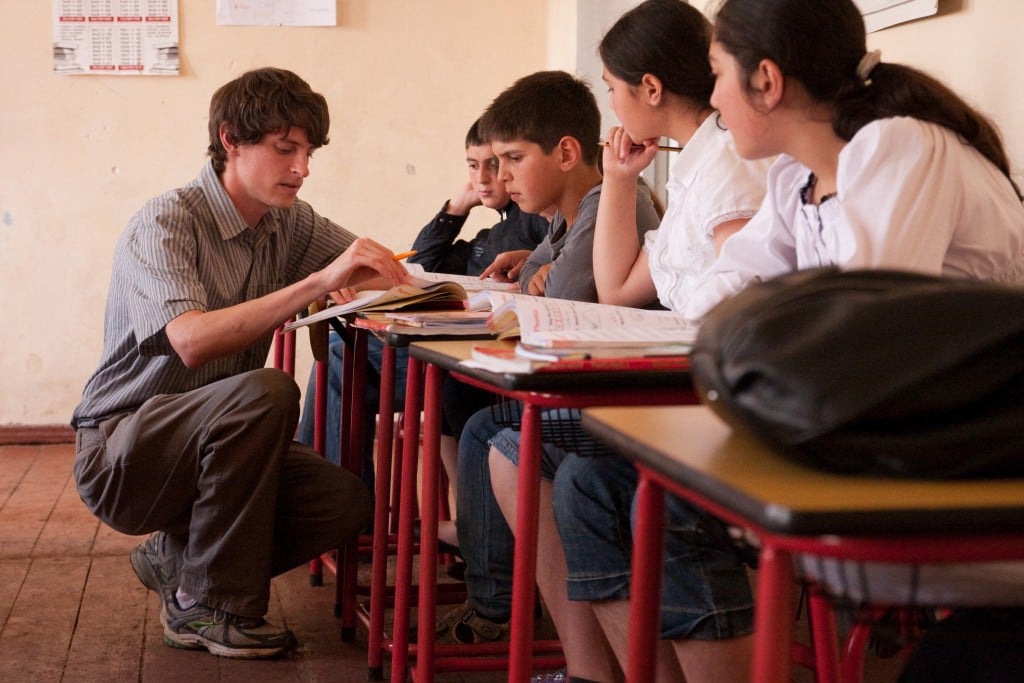 A volunteering opportunity with Greenheart Travel

With the largest wealth transfer in history happening, what is needed for the next generation to be good stewards of the funds?

Go back to what really hits your inner core of what is important to you and your values. If you look at some of our real philanthropic leaders, early on, Carnegie, even Ben Franklin… Franklin set up our fire stations and libraries because he had a passion for creating a strong town. Franklin talked about, “Look, we need libraries available for everyone to be able to read.” Carnegie had a strong passion for museums and public works. He had a strong motive of, we need to level the playing field.

The most successful philanthropists are not the ones saying, “Hear me roar, I need my name on a plaque.” It is, I’m giving because this is the right thing to do, and it is why I’m here on earth, to be able to give back this way.

These new philanthropists have to have a lot of courage. To test giving, get it out there, realize there’ll be some challenges, move forward, share the positives, and share the lessons learned — it makes you, as a leader, be very vulnerable. That … is hard to do sometimes

What is a lesson you learned starting and running UniversalGiving?

The biggest thing that you need to do when you walk into a country is you need to let go of your American or European persona and listen. What is equally important is connecting with the people and learning.

We went to Nicaragua, and the hammerheads were so weak they fell off and we could no longer build the school. The Americans [were] up in a rage about this because it took us days to take a pick-up truck and go find a place where we could get hammers. They were beside themselves for four days — “We’re wasting our time, and we’re not doing anything.” The local people [were] saying, “You Americans are all about doing. We are about being; come be with us.” Some of us went into their communities — they were living in the sewers — had dinner with them there, visited with them there. That’s where that true change came. When the hammers came back, the whole gel of the group was different.

I would just say listen. You have to look and say, “What can I understand or learn from this community?” Be as compassionate as you can, listen as much as you can, and just have that openness to make sure that you’re still serving in the right way.

I’ll go home every night feeling very low, and I’m not a depressed person. I was so into the global poverty, so into these stories, so hurt and shocked by it.

I ended up going on a date with a guy — it never worked with him — but I saw the Improv show… “Gosh, I wonder if I can do this.” I am in startup mode with UniversalGiving, work for like 12 hours straight. Then at night, I’d go do four hours of Improv. It was so hard … I’m trained in L.A. and Chicago and New York, and perform in all those places. I’m signed with an agent, too. The thing that is so wonderful, that is my favorite part about it, goes back to the importance of listening.

On the stage, you are not successful unless you listen to your partner. If you railroad your idea, if you come on with your character and you are not listening to your partner, it doesn’t go anywhere. So, I love it because it teaches you to be a better listener. I love the character… the joy… making people laugh.

What comes to me is a sense of profound giving. People think of philanthropy as money, and it’s not. It’s love of humanity; that’s what the true definition is. Within the organization, we’re trying to give and serve ourselves, as well as outside of the organization. [We] try to work very much on our culture just as much as we do on the outside service; we know that it’s all important and all conjoined.

Who is a person who had an imprint on your professional DNA?

I will always say my grandmother, Frances Blaisdell. She was the first woman woodwind at Juilliard in New York in the 1920s. She grew up on a farm, and her joy was to escape the farm with the flute. When she got punished, the flute got locked in the closet … I think many kids these days would love that punishment, to not have to play their flutes. [Laughs.] For her, it was an escape … from canning beans, peaches, and onions all day long.

When she was 12, she got to travel on a train into New York. She stayed overnight with [New York Philharmonic flutist Ernest] Wagner. My oma tried out … She showed up, and the woman at the bottom said, “No, no, absolutely not. We thought you were Francis with an ‘i’; we didn’t realize you were Frances with an ‘e’, a girl.” She ran up the stairs and performed for [Georges] Barrère, one of the best French flutists. He said, “You tell them immediately you have a scholarship here.” That’s when she took off, but she tried out 35 years for the NBC Symphony until she made it because she was discriminated against as a woman — 35 years.

My oma was one of my best friends. We would talk about the Depression, and life, and about how important it was to work hard. I miss her everyday, and she’s an absolute inspiration to me. And she’s definitely on this call. She is just an amazing person.

When you have someone like that who’s a leader, maybe less well known, someone who personally impacted you, it’s profound.