While Grimaud is looking at a demanding three months performances schedule in seven countries, the Wolf Conservation Center (WCC) she founded, is celebrating its 19 years. 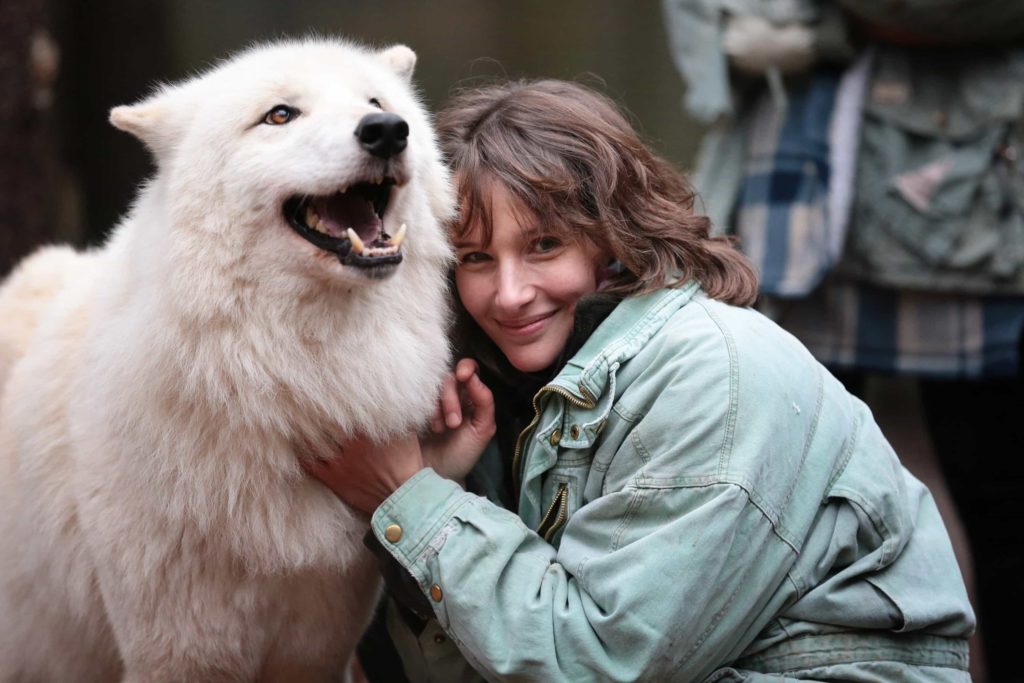 Grimaud founded WCC to connect people with wolves and offer environmental education. Through educational programs and a partnership with the Association of Zoos & Aquariums (AZA) in the Species Survival Plan (SSP), WCC promotes wolf conservation for the endangered Mexican gray wolf and the red wolf.

The below interview is part of the book Impact X (2015) where Grimaud talks about WCC.

You mentioned that wolves, being endlessly fascinating creatures, have much to teach humans. What are some of the things they can teach humans?

The first [way they can teach humans] is ecology. We like to call  wolves engineers of biodiversity. Wolves are keystones for larger conservation efforts because you can’t really talk about saving wide-ranging predators such as wolves without talking about habitat preservation, too.

If you get behind the cause of a large predator by trying to save that animal, you end up protecting all the animals that live below that one in the food chain. Thus wolves teach us about the interconnectedness of all things in nature.

This and music are very much the same type of discipline. You cannot expect interactions with wolves on your terms. You can’t even expect them to meet you halfway. You need to be, with 100 percent of your being, in that moment of the exchange: physically, emotionally, spiritually, and psychologically.

I was questioned many times on why [I picked wolves] and not any of the many other worthy causes out there. I always thought, there is no hierarchy between causes. The root of most problems in this world has to do with the lack of respect for another being, whether it’s human or other.

During a chance meeting with a wolf, you decided that you wanted to do something for their protection and care. What made you create the Wolf Conservation Center versus supporting an existing program or organization?

It was the encounter with this one animal, which was the trigger for wanting to do something to help preserve them, and then I realized [the best way to help wolves is] really through direct connection. These ambassador animals help create a bridge of understanding for their counterparts in the wild.

When I first met this one animal (she wasn’t even a pure wolf, she was a high-content hybrid) I realized what a huge discrepancy there is between what wolves truly are and what people perceive of them. Which became an extra motivation to do something concrete.

My first idea was totally different. It was to do something more in the order of rescue. That is a wonderful thing. I have the utmost respect for people who create rescue homes, because it’s really a labor of love. I thought, “Well, as admirable as that is, there is maybe another way of making a difference in the field — taking a different angle — and then that’s how the idea of the WCC was born with environmental education.”

In the end, that is the main obstacle to wolf recovery — human tolerance or the lack thereof. [A lack of tolerance] comes from not realizing the role that these animals play in the environment.

How do you respond to those who say that the gray wolf has rebounded and the numbers out in the wild are higher than what they were in the mid-1990s?

It is premature. At this point, to delist the wolf from the endangered species is irresponsible. They haven’t reached sustainable levels; they might have recovered in one area. That does not mean they are able to leave the original territory and settle other parts to start new packs.

Did the WCC’s educational outreach to schools exist since inception?

We have [an educational] curriculum and programs—whether it’s a school, university, or organization, [we offer education to] any group who chooses to learn. Kids are not the only promise of renewed love, but it all rests with them. We see kids that came to the WCC in the late 1990s — now they are at the university wanting to be environmental lawyers. I’m convinced that there is no long-term hope for conservation without education.

The reassuring thing is that it’s simple [to create impact] because you can change your immediate environment with one look, one smile, and one kind word. No action is too small.

I was taught many years ago is the story of the little girl who walks on a beach and is throwing back into the water one starfish after the next. A man is watching and finally talks to her, “Do you realize how pointless it is, what you’re doing? It doesn’t make any difference. There are many thousands, and you’re never going to get to all of them.” She looks at him as she picks up the next starfish and throws it back into the water and says, “It makes a difference to this one.”

I trust in people’s good hearts and desire to affect the world in a positive way. Sometimes inertia gets in the way. Sometimes it is lack of information. When given the chance, I do believe that people will do the right thing. So it has to do with awareness, empathy, and compassion. For that, you need to be turned outward. You can’t only be worried about yourself and your immediate environment.

If you raise your kids to make a difference, you’ve already had a huge impact on what this world could look like. If you can enlarge that circle of [what a person is preoccupied with], then there are very many ways you can be actively involved in something that’s going to be affecting people in a positive way and making a difference in their lives.

So I think it has to do mostly with curiosity and generosity. This is not something you have to acquire; everyone is capable. Sometimes it is a matter of reactivating it and mostly realizing one’s power in affecting change.

For me, and many of my colleagues, it’s about giving back. We’re so privileged to be able to do what we love, and live for what we love, and that’s enough of a  luxury right there. You have no other choice than to do whatever you can do  if people approach you and ask you to participate in something.

In the end, it is all about individual initiative. You cannot always wait for this agency or that agency or the government to be taking care of people. It’s up to each and everyone of us. That’s what I find very attractive about the United States.

The very existence of the Wolf Conservation Center proves what you’re able to do in this country, if you have some energy and a vision. You will always, somehow, find people who come and join you. It’s something quite remarkable.