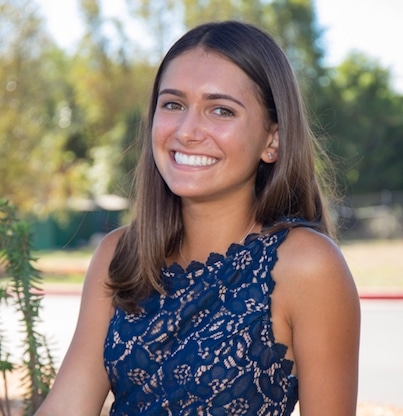 As a child, Zoë Silverberg would hide in the bushes to avoid flu shots. At age 14, she researched virtual reality as a possible solution to manage children’s anxiety undergoing vaccinations. She went on to present her findings at the World Summit on Pediatrics in Rome, Italy.

Zoë shared her experiences helping in an eye clinic in Fiji, the results of the virtual reality clinic, and a song she wrote about summer camp.

Zoë, you recommended your father, Mark Silverberg, M.D., to use virtual reality (VR) to help children become more comfortable during immunization. How did that come about?

We were in the kitchen. My dad asked me why I felt kids were afraid of vaccines and how we could help them. I suggested using virtual reality (VR) to distract the kids. I played with a Google VR cardboard just a month or so ago, and it was still on my mind.

How did you come across the Google VR Cardboard?

My grandpa ordered it from the New York Times. I went over to his house one time after school and he had it. He was showing me a roller coaster in it and we were walking in the house bumping into things. [Laughs.]

What happened after you proposed the idea to your father?

My father really liked the idea. We borrowed my grandpa’s set and my dad started to use it. He said, “This is really cool, it would distract the kids. I want to do something with this.” He started emailing around, and asking people how we could implement it into vaccine clinics. We got into touch with Dr. John La Puma who is a natural medicine expert. He has a lot of experience with projects and getting things into clinics. He helped us a lot and suggested that a nature app would help. We ended up using a virtual reality aquarium scene.

There’s a lot of study that nature induces relaxation in children. We figured that if we had a video game or a roller coaster, children might get excited and that might not be what we wanted. We wanted them to be relaxed.

How do you prevent children from turning their heads and start moving around, even in an underwater scenery?

The virtual reality was used before and after the actual shot, they would look around a little bit first. When they’re having the shot, one arm would go loose, and we would give them the shot. Half the time they wouldn’t even realize that it happened. We would say, “Okay, you can take off the goggles now.” They would reply, “I already had the shot?” 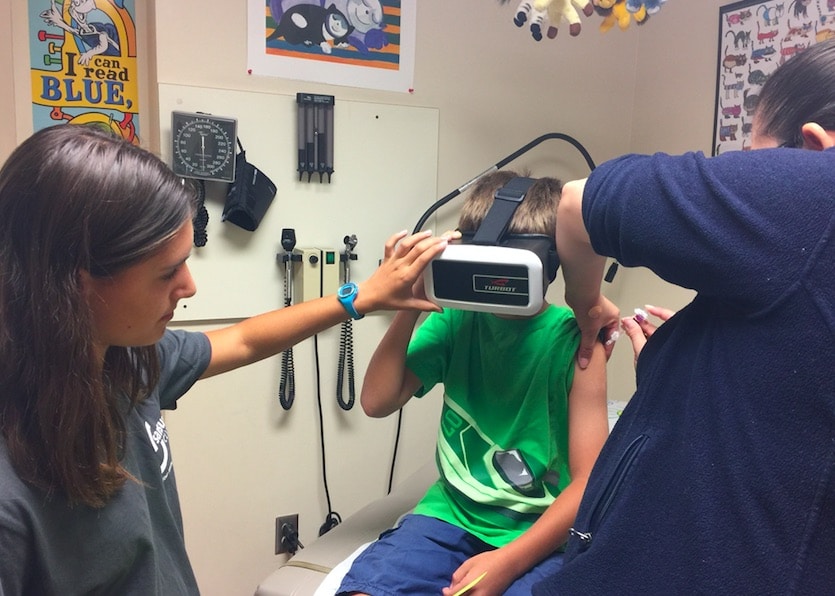 Zoë Silverberg at one of the clinics where young patients spend a few minutes in a virtual reality scenery.

How did you test the experiences of 244 children?

After the vaccines were given, we gave out self-administered questionnaires. So there was one for parents, one for children, and one for staff.

We had control patients who also fill out the surveys. People went into these rooms blind. If the child didn’t have virtual reality in the room, they didn’t know it was given in a different room. The forms had a 0 to 10 based pain scale with 0 meaning no pain. 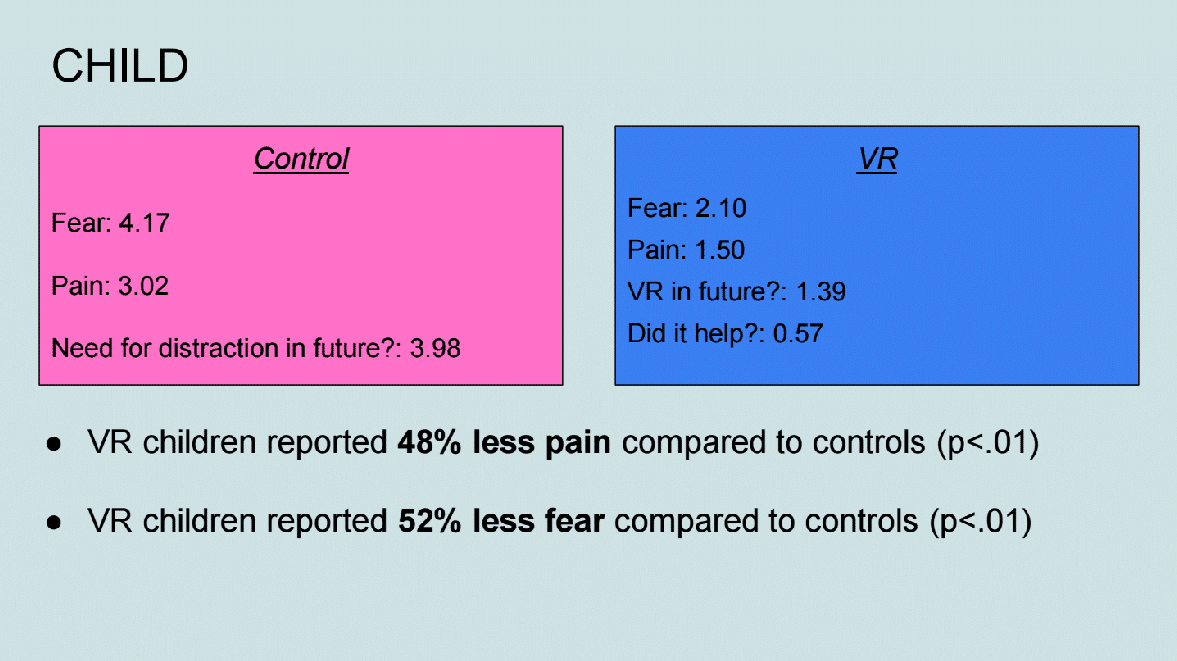 Test results from the clinic; experiences according to the children.

Then in June [2017] you were invited to speak at the World Summit on Pediatrics conference in Rome, Italy!

I wrote an abstract with my dad, we would write and rewrite. We finally applied to the conference and I waited a couple weeks. Then, I got an email back saying that I was accepted. I was expecting to get a poster presentation, but I actually got a speaking presentation!

Did the audience expect you to be this young?

I think the organizers did. We had lunch and people were wondering if I was a med student. [Laughs.]

What did you speak about?

I gave an entire presentation how the project started, and the results from my clinics. I talked about the future of this project, how I wanted to get it to different clinics, and make vaccinations less stressful. 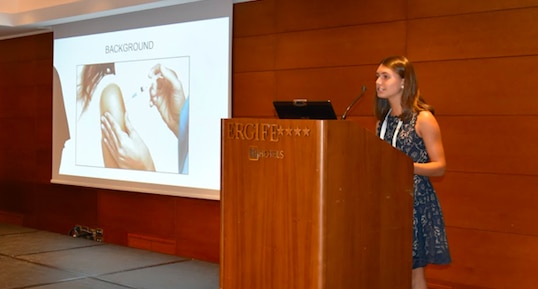 Silverberg speaking at the World Summit on Pediatrics conference in Rome, Italy

Where are we now with the project?

I just presented to doctors and the pediatric ward of Sansum Clinic [Santa Barbara, California]. I gave the nurses and the doctors the same presentation that I gave in Rome. They asked questions and seemed really excited about it. The nurses wanted them in every room, but you have to buy iPhones for that.

Maybe they can use the parent’s iPhone. 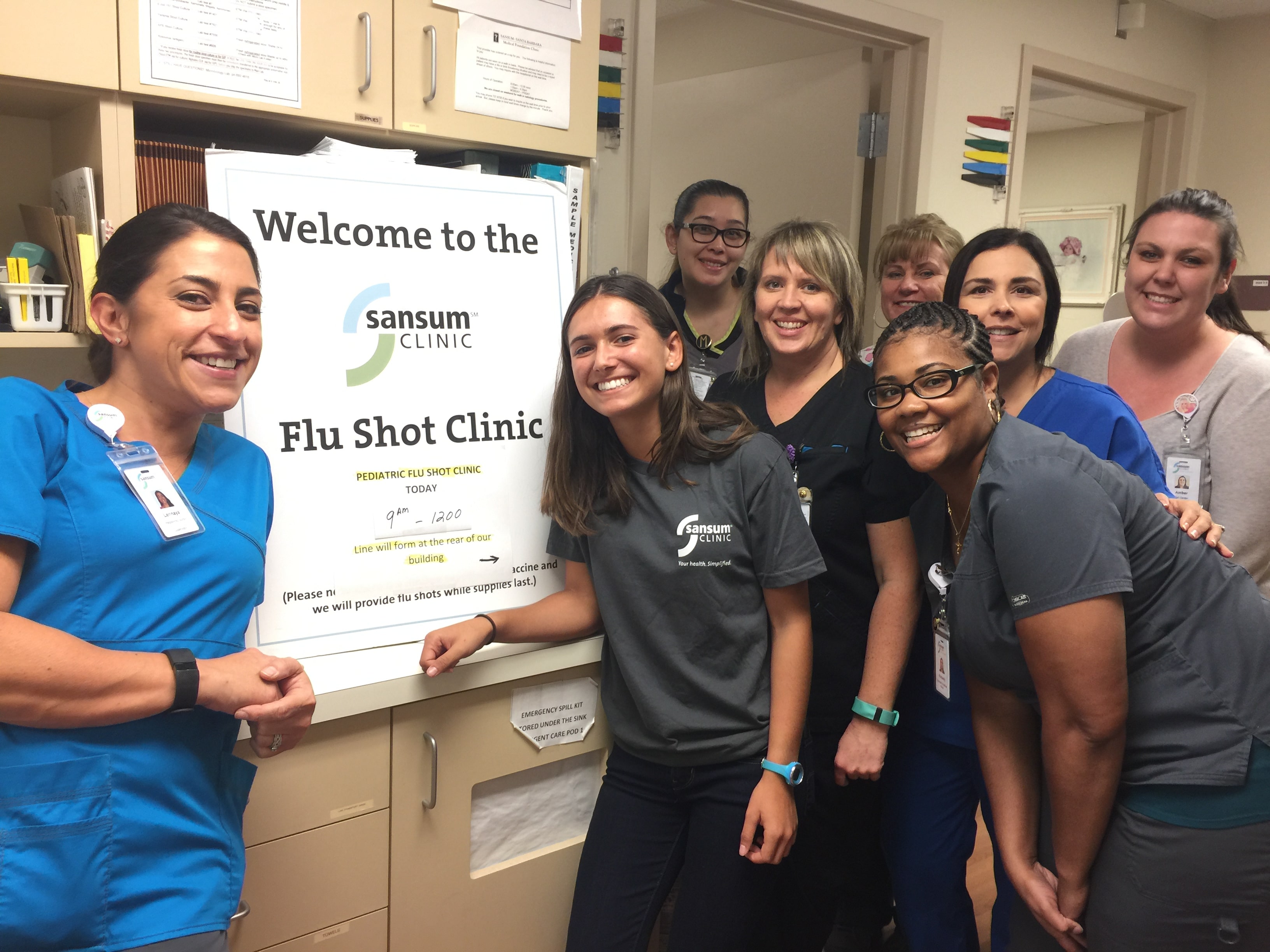 Zoë Silverberg with the staff at Sansum Clinic.

What would you be doing if it weren’t for this?

Do you want to continue in the medical field or was this a one off project?

I do, I want to be a doctor. That could change once I go to medical school. [Laughs.]

What would you suggest to other young adults who would like to get involved in projects they care about?

I would recommend that you start doing research about professionals in the topic you’re interested in, and reach out to them. It doesn’t ever hurt to send an email to someone wondering if they can help you learn more about something. Sometimes it will be hard to get a project started. For me, it took at least a year to get one of my ideas to actually turn into a functioning project because of age restrictions to work with patients. But you need to keep working at it and never give up, because if you’re passionate about something you will find a way to pursue it.

Using virtual reality to help with immunization was not the first medical experience; you helped in a clinic in Fiji while in 8th grade.

Yes, for two weeks, I would wake up in the morning and go to the clinic on a Fijian island. I would run eye tests with a standard eye chart and place people into exam rooms. When my dad did (eye) surgeries, I would help.

I would walk around taking photos of the clinic. I spent my entire day there. It was crazy to watch so many people who would travel for seven, eight hours by boat to the island where we were doing eye exams. Sometimes, they would get there and wait for hours and hours while we were seeing other people. Some people wouldn’t even get seen; they would still give us gifts and thanking us for being there. They would go home, seven or eight hours, come back the next day just to be seen.

What kind of eye issues were some of the patients dealing with?

There was a wide range. There was a boy who did have serious eye issues, they were afraid he had an infection. There were other people who wanted a check-up. They felt like they needed reading glasses or distance glasses.

What did you think of the whole experience?

I saw what my dad was doing with the surgeries, and how these people were so happy. I know in the United States we don’t have that same type of gratitude, because people have had care available to them. It was really rewarding.

Are you going to do more trips with your dad?

I want to…I’d like to travel all over and do missions. If I become a doctor, I definitely want to go back to Fiji and revisit people.

Then you can bring your dad and he can do the eye chart, and you can do the surgeries!

Let’s talk about your dad because he has been a big part of the project. Tell me something he has said or done that stayed with you.

He always tells me that effort is what matters.

Even in school, if I come home with a B on my physics or chemistry test, he’d be like, “I know you could’ve gotten an A!” but then he just asked me, “Did you try your hardest?” What he cares about is what’s going to be good for me in life, not only if I’m getting good grades. It’s going to be the effort ‘cause I need to learn that I always need to try my hardest at everything I do. As long as I’m putting in my all, that’s what matters. My mom says the same thing.

Besides your parents, is there anybody else you learned something from that stayed with you?

I’m really into music. I have a camp counselor at my sleep away camp in Simi Valley. His name is Tal, he’s like a big brother to me. He was the one who got me started with songwriting. I call him a lot and he helps me with life lessons. He always tells me that I have to be myself, and that’s what matters. 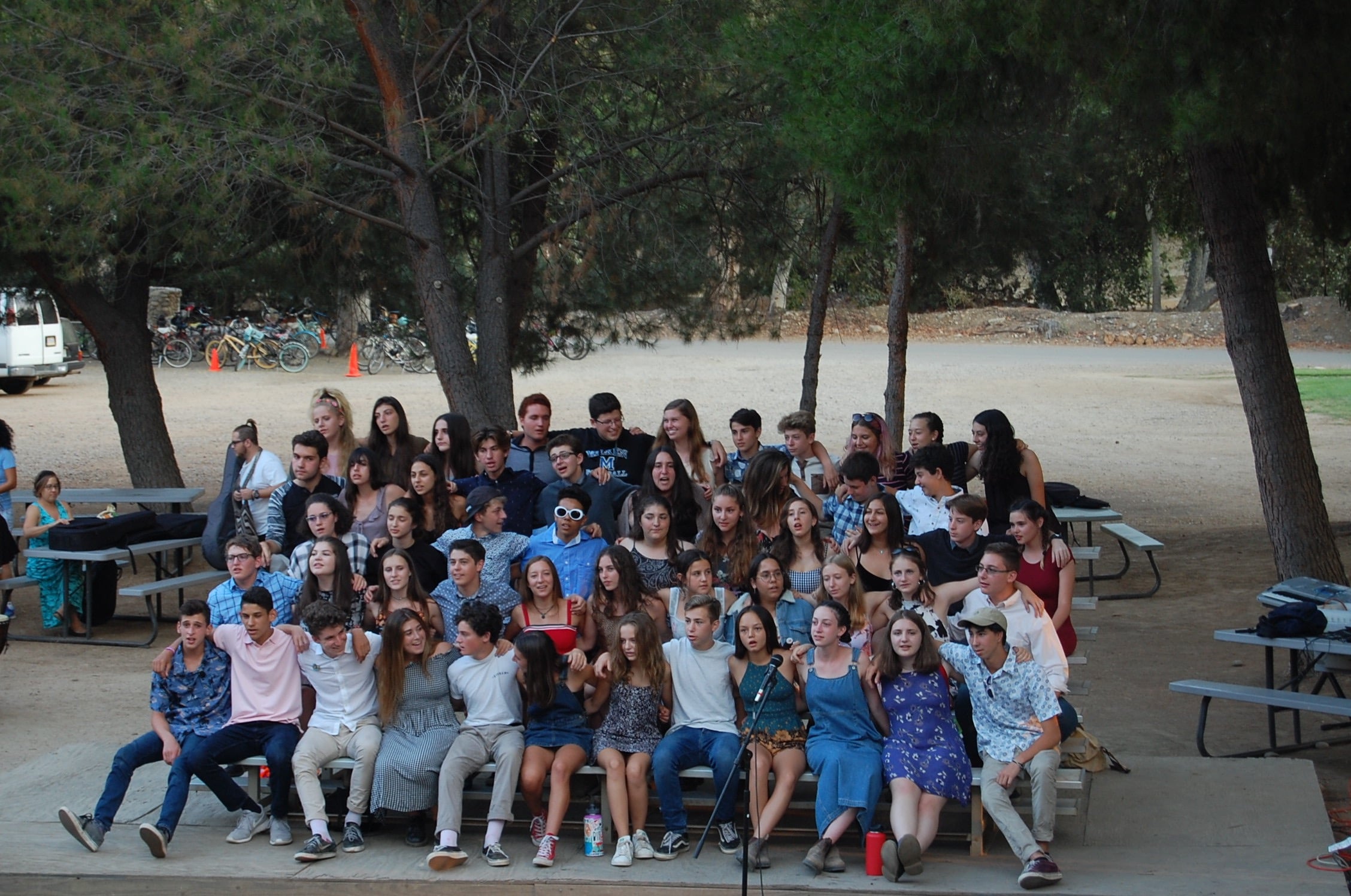 What types of songs have you written?

I don’t know what my genre is, but I’ve written a bunch of songs. They’re mostly just my feelings. Even if it’s not a song, I’ll write a poem or a story, something that helps me.

I wrote a song about my camp. A few verses and a chorus from “Footsteps“:

We won’t walk away

Footsteps we can trace

Even when the stars align

Hear the breezes through the night

See the trees that can unite

Trying not to cry

Stars reflect love in our eyes

Now we only have tonight