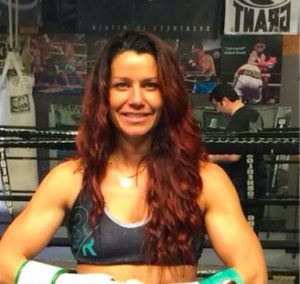 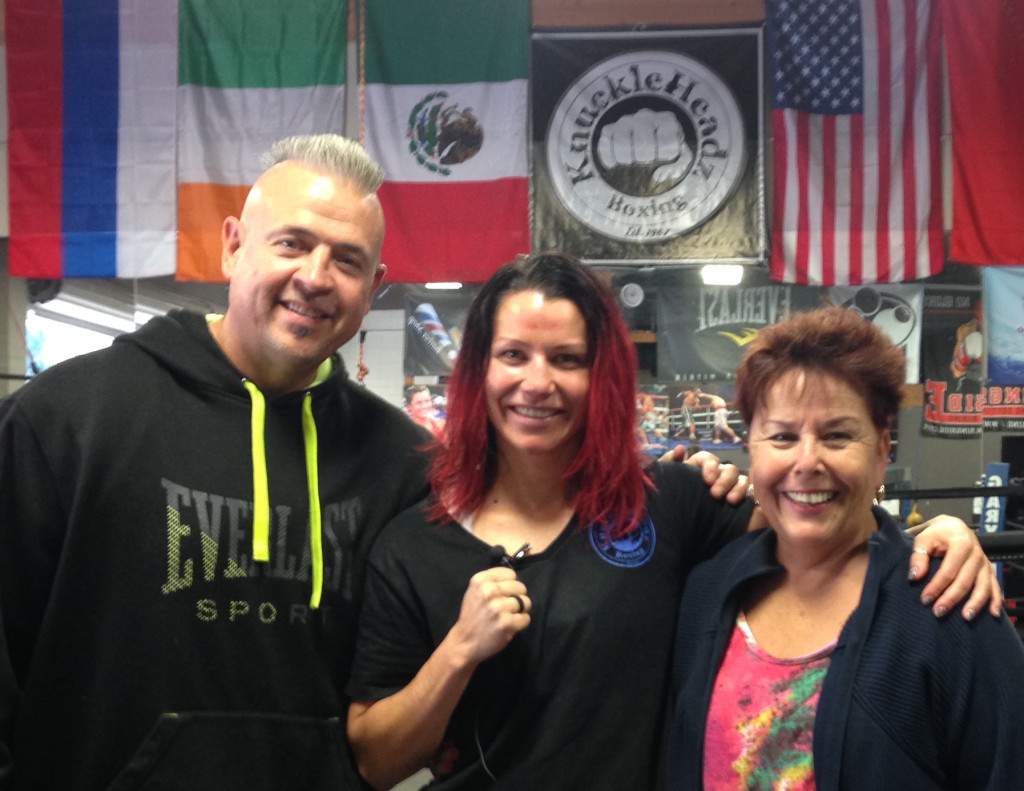 Shea said of the experience, “MTV’s Made told me she wanted to be a boxer. I explained to MTV producers: This isn’t joking. Not that any sport is joking, but this isn’t becoming a rock star, which is what they’d done before. They put a lot of trust in me. In our first meeting, I said to her, ‘You have to give me 110 percent, and I will give you 110 percent.’ For me, it was more the responsibility of this young woman. I met her parents — man, I was responsible for a life.”

Shea shared what her real fight is.

What’s the most difficult thing to teach someone?

The mental part is probably the toughest. Anybody can have real talent or natural raw athleticism. But when it comes to the emotional and the mental and being able to really focus them and direct them into a sport like this, that’s probably the most challenging.

What actually brought me to the sport were the challenges: my emotions and my mind.

How did that help you in the boxing world?

It gave me permission. I had a lot of anger issues and controlled rage. I gave myself permission to let it out in probably one of the most intense sports on this planet.
When I came in here, there was nobody to blame but myself. If I wanted it, I had to do it.

I can put myself in a depression right now. I have control over that though. I can make myself happy right now. I have control over that. Especially for women, because we’re so emotionally driven, just making that conscious decision to say you know what? Today, I’m going to be happy, because I decide to be. It’s a lot easier said than done. First it’s the decision, then it’s the steps you take to feel those, to let the feelings come and feel happy. Some people like to go for a walk, and some people like to get to the treadmill and run. For me, boxing makes me happy.

It was difficult. It was a struggle. I have my trainer Hoss and my manager Luigi. They speak the same language, and they remind me all the time. They are like, listen, you can quit tomorrow.

That’s probably the best advice Hoss gave me. I walk into his office. I’m like, “Coach, can we talk for a minute?” We talk. He listens. Then he’s like, “Okay, so quit.”

Feel the feelings, but then let them go and continue on the road. When I’m sad, be sad. Don’t let it consume your whole day. I’m in charge to say, “No, I don’t want to be sad anymore.” It’s been tough, but it’s a process.

What’s the biggest misconception of people in boxing?

I spoke to high school girls yesterday; they were basketball players, junior varsity. I said, “You guys look at my Instagram, you look at my Facebook, you think everything’s perfect. It’s not. I work hard every day to be the person that I am.”

I can tell you every second of every day: I got issues. If you say you don’t have issues, you’re doing yourself a disservice. The more vulnerable you are with yourself, the better it’s going to be for you. Just sit there and say, “Okay, these are my issues. What am I going to do about them? What’s in my control?”

I get up in the mornings, I mean recently: just sadness. Overwhelmingly sad. I don’t know why. And I say, “Okay, well, I’m sad.” There is nothing I can do about it; it will pass. Then, I just find what makes me happy. I’m glad that I box in the mornings.

Everybody speaks the same language with boxing. People who are in boxing that are really genuinely involved in the sport can recognize a champion. They can recognize somebody through their work ethic and their dedication.

There’s an energy — that’s something about them that they can recognize. It’s just like any other community. It’s got its rough points; it’s got its great points.

I’m so fortunate at Knuckleheadz because it’s a family. I love these guys. And I do anything for them. They’re just such a great group. Everybody is different, but we’ll have similar issues.

We can help each other, and it’s such a love here, too. I think the reason that it is like that, and the kinds of fighters that gravitate towards this gym are people, are not just fighters, is because of the coach [Hoss].

When I go to him for advice, he speaks from him heart. I know he’s been through something or he’s experienced it in some way, and if he hasn’t, he’ll tell you, “I really don’t know.”

Oh man. I’ve had so many. I’ve worked with domestic violence, but probably young girls. Maybe have an athlete’s summit, because growing up, I didn’t have physical access or verbal access to any professional athletes.

I think it’s important as a professional athlete. It’s a responsibility that I have to be able to help these girls. Wherever my career goes or wherever my life goes, I’m gonna always find time to do that.

It helps me as much as it helps them.

Besides Hoss, who is your impact maker?

I don’t say this because she’s here but probably my mother. I don’t want to make her cry, and I don’t want to start crying, but growing up … and I’m going to cry … As long as I don’t cry in there [pointing into the boxing ring], it’s okay. I’m allowed. I’m outside the ring.

Speaking to kids now, I have to go back to my youth — how I grew up and where I am now. They [my parents] never gave up on me. I hear stories from parents about their kids, and I’m like, “Man, what did I put them [my parents] through?”

I went to a homeless shelter last week. There was a father with four kids, four girls, and he is raising these kids on his own. He is trying to get himself on a better path and better road. And I’m like, “Man, how fortunate I was that I had a family.” That’s a big thing for me is to be able to give opportunities or help where I can because I was so lucky to have the parents that I had.

The best that I ever heard from my father and my mother was they were proud of me. I may not be the richest person. My success is what it is. Every day they can say they’re proud of me, and I can say I’m proud of myself.

Watching them support me, knowing what I put them through — knowing that they’re still there for me. Unconditional love really does exist.

I’m gonna fight again. I just fought a world title. I put mine up, and I came out a draw. I’m going to have a rematch in May.

My focus now has been a little bit more on outside projects, as well, whether it’s public speaking or commentating.