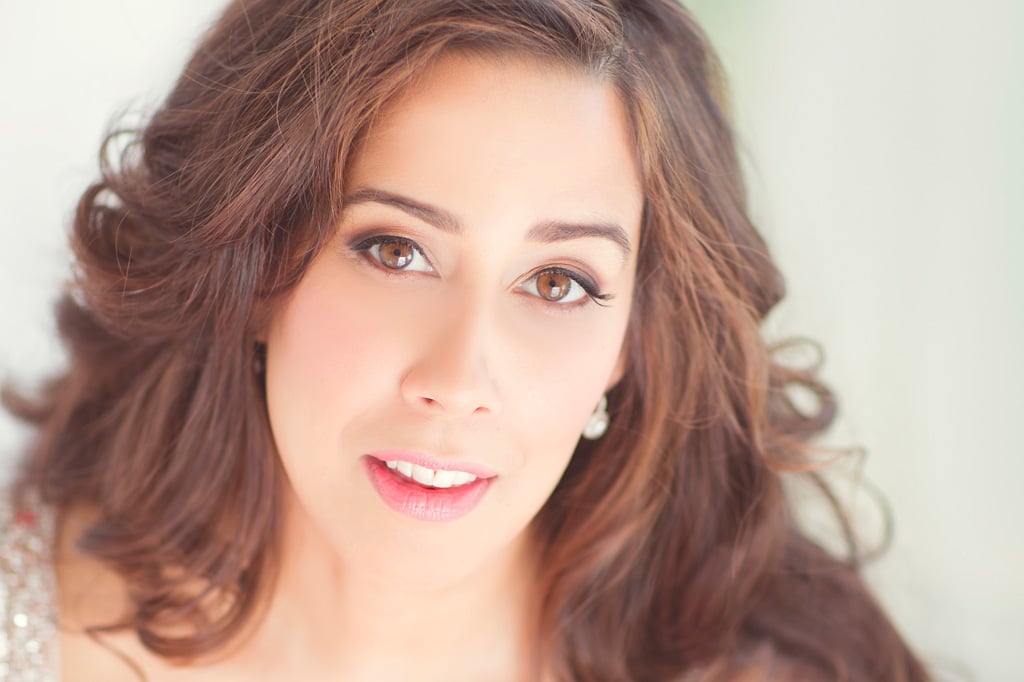 Monica Yunus is the co-founder and co-executive director of Sing for Hope, a nonprofit that transforms lives by bringing the power of the arts to those who need it most. She has also performed with the world’s leading opera companies, including The Metropolitan Opera and Washington National Opera.

Monica Yunus has received a host of honors, including a 21st Century Leaders Award, 2013 Congressional Citation, and this year [2016] was honored as a young global leader by the World Economic Forum.

Monica is the daughter of Nobel Peace Prize Laureate Muhammad Yunus, and during a short residency for her recent role as Lauretta in the Opera Santa Barbara performance of Gianni Schicchi, she spoke with impactmania about the influence of her father, and the impact of music.

What’s it like working with Opera Santa Barbara in comparison to other operas you have worked with worldwide?

I have a very interesting story with Gianni Schicchi, in that I sang the great aria O Mio Babbino Caro from that opera at my father’s Nobel Peace Prize Concert, and funnily enough I haven’t sung it in the opera until this moment. It’s great to actually have the context of the opera. The production is very funny, it’s actually a comic opera.

How was the experience of winning the young global leader honor from the World Economic Forum?

There are young global leaders focused meetings in all parts of the world where you can meet people from all over that are doing phenomenal work. I’m very excited to see what the full experience will bring to me.

You organized a benefit for Hurricane Katrina that led to the development of Sing for Hope. Was there a pivotal moment when this idea came about?

I wanted to become an opera singer and was very lucky to have key people in my life who allowed that to happen. My mother gave me so much attention and nurturing and made sure that I had not just the basics of music lessons, but also seeking out programs.

That would expose me to a much wider group of young artists who were trying to achieve the same thing. For example, I went to Aspen Music Festival for many summers in high school. Before that, I was a student at the Boston University Tanglewood Institute. Then, I went to Juilliard as an undergrad and also did my master’s degree there.

I was lucky enough to, once again, be surrounded by excellent musicians and teachers, and that was the moment when Sing for Hope happened.

I was a student at Juilliard at the tragic moment when 9/11 happened. It brought many of us to the question of, “Why are we doing this thing? Why are we putting ourselves in a small room and practicing to be on stage? What effect does that have on a greater community?”  I met Camille Zamora, she had lost a dear friend of hers to HIV/AIDS. When that happened in her life it was a pivotal moment, and she started a concert called Sing for Hope that raised funds for the HIV clinic where her friend died. She did that concert year after year.

When she and I met, I had hoped she would ask me to be on that concert, and we started a conversation after Katrina. I had a similar feeling that I needed to do something, but I didn’t know what. So I turned to her and I said, “I know you do this concert. Could we do something similar, because I feel like I am not being very useful.” We put together a concert, we brought on our friends, and we raised some money for the survivors of Katrina.

In 2016, we’re celebrating our ten year anniversary! What Sing for Hope does is very simple – it brings artists who volunteer their time to schools, hospitals, elder care facilities. And we do the country’s largest public art project called the Sing for Hope Pianos, which is in its fifth iteration. We are very proud to be putting out 50 artist-designed, artist-credited pianos on the streets and parks of public spaces in New York City for anyone and everyone to play.

Bringing the arts to children is a passion for myself, and for Camille. We’re also very honored to be included in the inaugural Kennedy Center Citizen Artists of 2016, and exploring what it means to be a citizen artist. To me, I know that it ties very much into what we’re trying to do at Sing for Hope, which is to make, very simply, art for all. And that means accessibility. The fact is that, fundamentally, we need that in our lives.

What’s sad to me, as an artist — and as somebody who is exploring that question of what the arts mean — it’s very important to me to figure out how that works into everyday life. It’s just as important to study the arts and incorporate that into our learning. If we don’t do that then society will pay for it in some way or another.

How many students you think you’ve helped through the programs?

I would say this year we’ve worked with about 600 kids annually.

What was it like for you growing up and what’s your fondest memory as a child that helped shape who you are today?

I had a very normal childhood. I grew up in Jackson, New Jersey, with my Russian grandparents and my Russian mother. I was heavily influenced by Russian culture, and grew up speaking Russian.

I always loved to sing. It was very much one of those things that was just inherited. My grandmother had a beautiful voice, and I grew up literally singing in my driveway to the birds. Inevitably, my mother figured out that I had a beautiful voice and she wanted to nurture it. My mother sent me to a Russian voice teacher who had been heavily influenced by the great Rosa Ponselle, who’s a very famous opera singer, and was commemorated on a U.S. stamp. Having access to this very rich cultural heritage definitely helped shape the way I approach music.

What’s it like to have a father who is a Nobel Peace Prize winner. 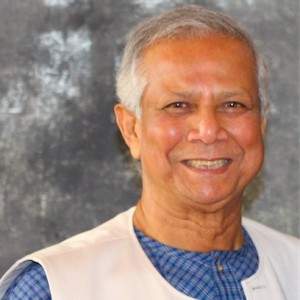 What I like to say about having a father [Muhammad Yunus] who has won a Nobel Peace Prize is that there’s no pressure, right?! It’s an honor, obviously. For our family it was a fantastic thing. It’s very inspiring to see the work that he’s done over the course of his lifetime. Even more so, that it has inspired so many other people to really try to tackle poverty through many different ways.

He inspires me in that he continues to stay on top of all of the things that are that are happening currently to see what else can be done.

What’s the best advice that your father had given you that resonates with you even now?

I would say that his philosophy of keeping moving forward at all times. There is no looking back, there’s only moving forward. That’s something that I see him do no matter what comes his way that I really appreciate. No matter what, you can’t rest on your laurels.

You always have to be looking for what is the next step in your own development, and in your development to help others. Not letting setbacks derail you, but moving ahead and just forging that path for yourself.

Thank you to Steven Sharpe from Opera Santa Barbara for connecting impactmania with Monica Yunus.