impactmania > Articles > Rachel van de Pol: You Can Be A Superhero Too 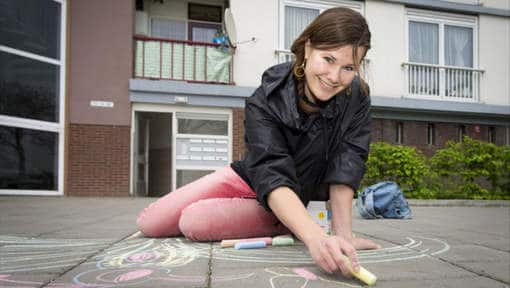 You Can Be A Superhero Too

A year and a half ago, Rachel van de Pol, ‎Chief Editor Weekend Magazine at the Dutch commercial TV station, RTL Nederland, started saving the world in her free time!

A Supergirl, she washes her neighbor’s windows, offers ice-pops to construction workers, pumps the flat bike tires of strangers, and picks up trash – a lot of trash. Documenting a year of daily kindness, her new book, which will be released on January 2017, underscores a world that has never seen more prosperous times.

impactmania caught up with Rachel van de Pol at Het Concertgebouw in Amsterdam.

Why did you start the blog Ik Red De Wereld – I Save the World?

As a kid, I was always involved with nature and people. If a tiger was endangered, you could walk around the neighborhood and raise money, which I did for many years; if I saw a homeless person, I wanted to give them all my pocket money.

This idealism kind of fades away as a teenager. The breaking point was when I broke up with my boyfriend after living together for five years. After that, there was this kind of lightness that I could do anything I wanted.

After a break-up, you go back to things you think are really important to you, for instance, becoming a vegetarian. Since it was a personal decision, I decided not to openly talk about it, fearing that people may judge me or find me annoying. Still, many people asked me questions, wondering why I was doing this, what I was eating, and what was the recipe.

I realized that without even trying, I was influencing my environment, and that’s when it hit me – since my behavior is having such a big impact on my environment, how can I have more impact? What if once a week, I try to give people advice or a tip to make an impact at a really small level that doesn’t require effort? How about every day?

Is Ik Red the Wereld, I Save the World tongue-in-cheek?

When we look at the world, it’s so big and we think, “How can I make a difference?” We have to realize that the world is just six billion interpretations of what that world is, so you have to start with yourself. I just started. 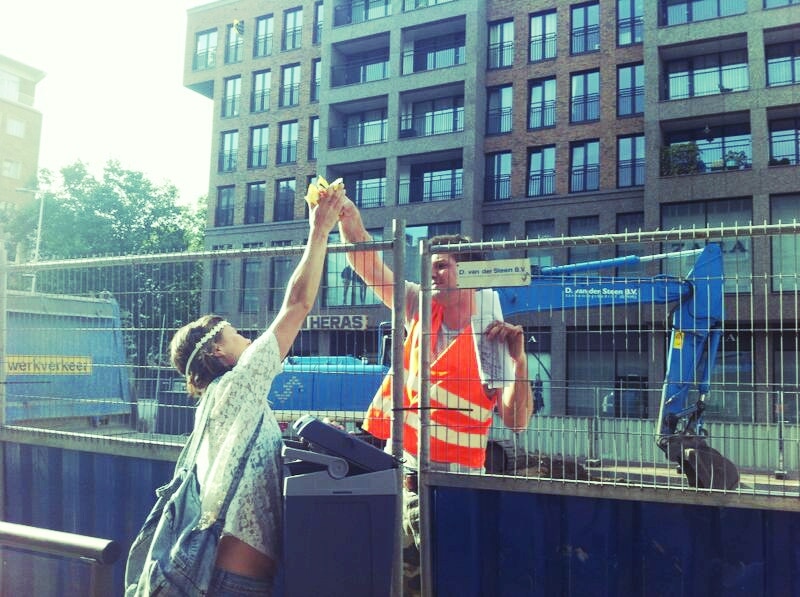 What did you start with?

On New Year’s Day, I went by my neighbors, wished them a Happy New Year and gave them a treat. It was amazing. Everyone was so happy to see me and invited me in. In two hours, I knew ten more people in the neighborhood.

What is something simple anyone can do to do good more often?

I always tell people to try to do things that are close to their heart. If you don’t like to do something, then don’t do it. If you are into fashion, buy second-hand clothes. If you like to be by yourself, take a walk in the forest and pick up trash.

I secretly washed my neighbor’s windows. I figured, if I really hate washing windows, then my neighbors must hate it too! I would be doing them a huge favor if I wash their windows. Suddenly, my neighbor come up to me and was asked, “What are you doing?” I responded, “I’m sorry, I’m washing your window,” to which she said, “great, just keep up the good work.” She was laughing so loudly. 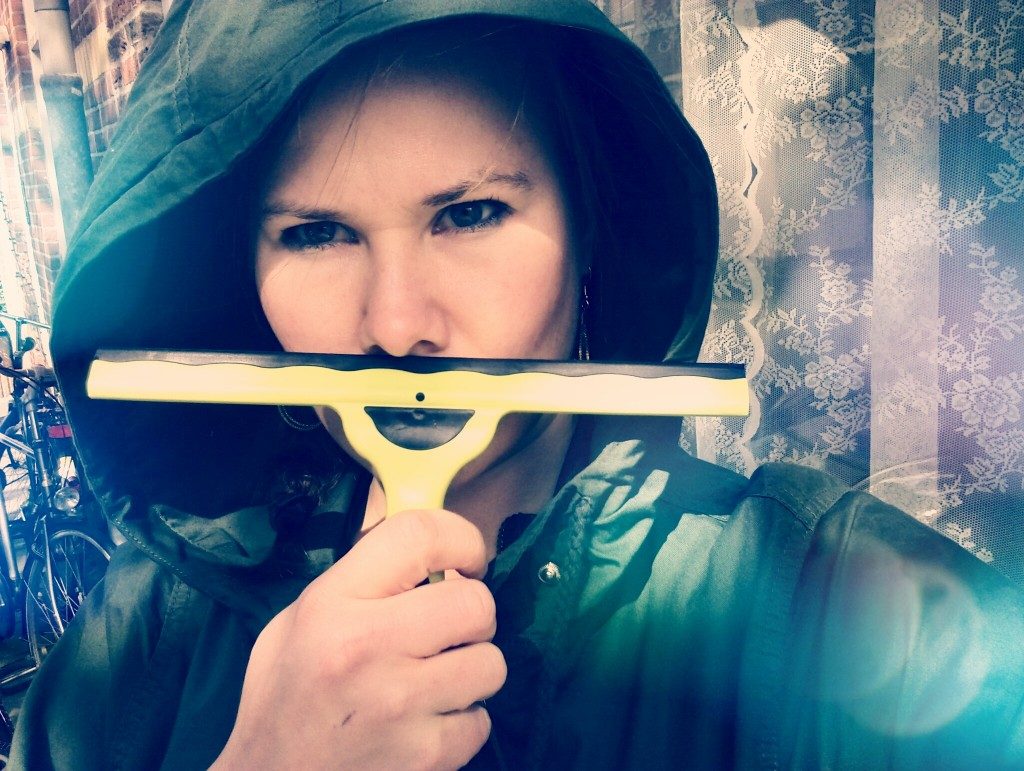 I’ve done a lot of silly things in order to fill up 365 days. By doing this, you start looking at the world differently and suddenly you find yourself walking down the streets wondering what is it that you can do to make this place better?

It must affect you personally too?

It was intense to commit to doing good everyday. You have this huge realization of how much impact you have on other people.

The other night, I was helping refugees improve their computer skills through a Windows tutorial. I wondered, “How do they learn anything from this?” So instead we went on Google maps and decided to look at their places of birth. It was very emotional for them. While I’m only sacrificing one night of teaching, for them, it’s the world.

They also didn’t know what Google Translate was. We gave them an email address. I got this email from this girl we helped and she says: “Today, I’m happy, I got email!” It was such a powerful feeling while it’s a simple act on your behalf.

The thing that worked for me was not to judge people, just share your experience and enthusiasm. I’ve never told people what they should do or whether something was good or bad.

I’m not turning my back on the negative stuff, but when you try to share things in a constructive way, people start to step up. Look at what you can do to help realize the dreams of others.

So you still have hope for humanity?

My book is coming out in January, and it’s not just about the things I’ve done, but it’s also about how the world has never been in a better place, yet when you look at the news and you see someone killed, that negative view has much more impact.

Is there an organization that you have seen along the way that has had a lot of impact?

William MacAskill in the book Doing Good Better is writing about an organization that researches the effectiveness of non-profit organizations. Most are a 100 times less effective than the top ten.

I started donating to an organization that makes sure that children get treated for parasites. They discovered that giving books and giving clothes didn’t have an impact because many children had parasites and were sick, so they didn’t have enough energy to go to school.

There’s also another organization, The Life You Can Save, where you can check how wealthy you are. Through it, I discovered that I’m with the richest 5 percent in the world, and even if I donate 10% of my income, I’m still among the 7th richest percentage of the world.

People often don’t feel like they’re making an impact donating money, but when you look it up, you realize all the impact you can do with your money. You can literally save ten lives a year – ten lives a year – just by donating to organizations that are proven effective. Effective altruism.

Roller coaster. This project has been life-changing and looking back now, I am so happy that I stuck with it because there were a lot of moments, when you feel that you’re not having an impact and are feeling lonely. Days when I just wanted to give up.