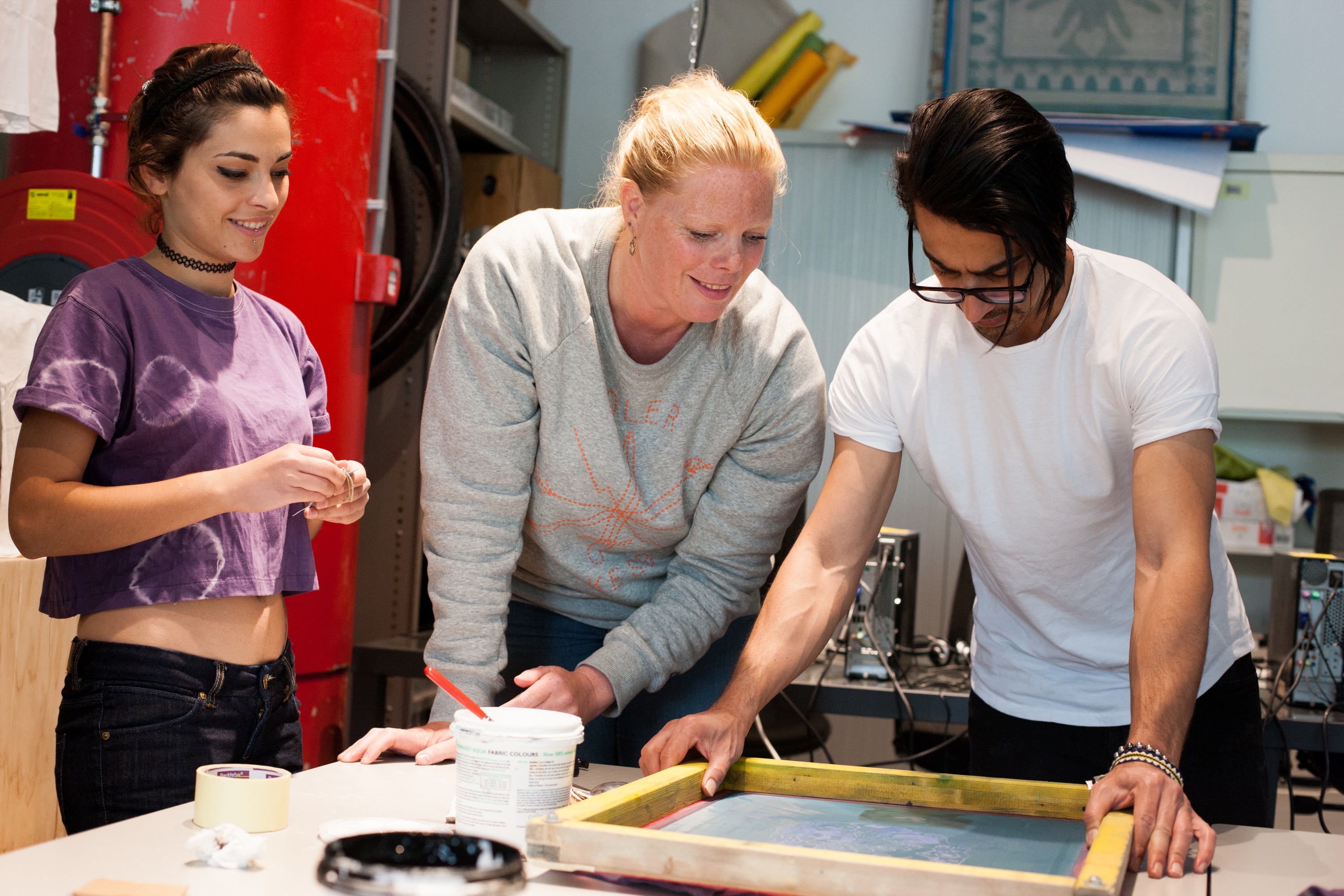 The Refugee Company is an example of why impactmania exists. We focus on people who are doing something about the societal issues we face.

Ilse Westerik and Paksy Plackis-Cheng met up with the Refugee Company co-founders Fleur Bakker and Jihad Asad on The Refugee Company’s moving day from their spot next to The Student Hotel on the Wibautstraat to a larger space in the Bijlmer, Amsterdam.

The Refugee Company has been working with refugees from nearby shelters on high-profile projects such as the launch event for the opening of The Student Hotel and designing art work and hosting a large conference for the popular travel site Booking.com.

Tell us more about the Booking.com project.

Jihad Asad: For Booking.com’s yearly two-days convention where 7,000 people are flown in from all over the world, the Refugee Company was asked to do the artwork and the event hosting for two days in the Amsterdam Arena. 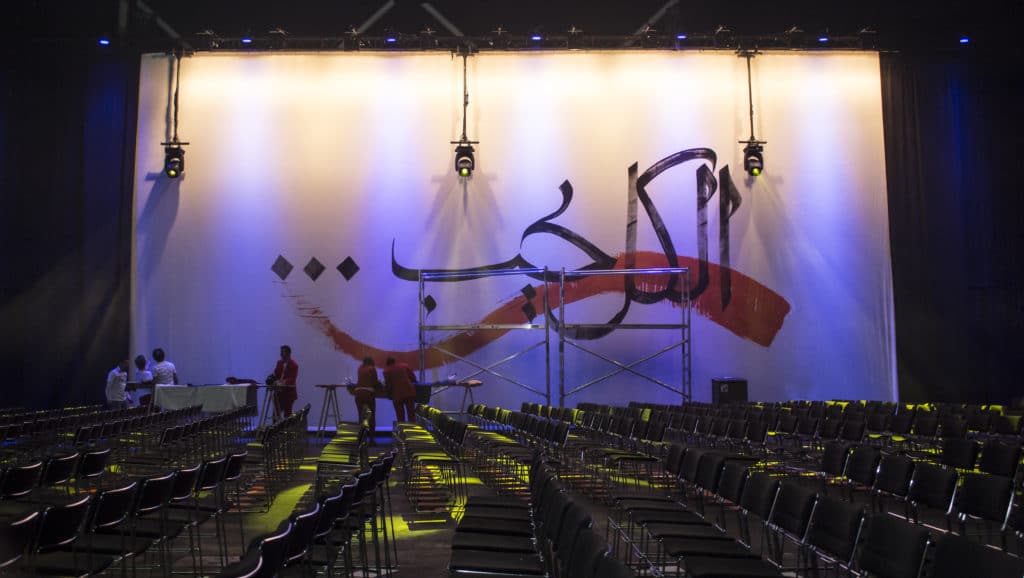 Fleur Bakker: We have a network of 25 designer who hand-painted artworks for the event. Some of these artworks were about 17 meters by 9 meters. We recruited the designers from different refugee shelters for a previous project. What I liked about Booking.com was that it wasn’t about a refugee issue, they just liked our work, so they just hired us because we were the best party. They wanted 4D sign for the big banners. We said, “Okay, but this costs 8,000 euros in total to print.” Normally when I do big events, we make a design on the computer, and you print it. So we said, “For the same money, we’ll paint it by hand.” So that’s what we did.

What is your process of selecting refugees?

Fleur Bakker: We invite or people approach us, so we don’t do assessments or job interviews or difficult processes where you have to go through. People show up to work or explain what they do. It’s more of a holistic approach.

For the booking.com project we worked 48 hours with the group of designers, and sometimes it was really difficult. At times, we even had to say, “You have to clean your paint brushes!” It was like a team-building session. After this big project, the whole team said: “After this, we can do anything.”

We received very good feedback. The designers were also asked to facilitate workshops with the audience while they had no experience doing this. One of the team members, Rita, a very new member in the team, ended up facilitating 20 people about design.

It was really, really good for their self-esteem and strength. 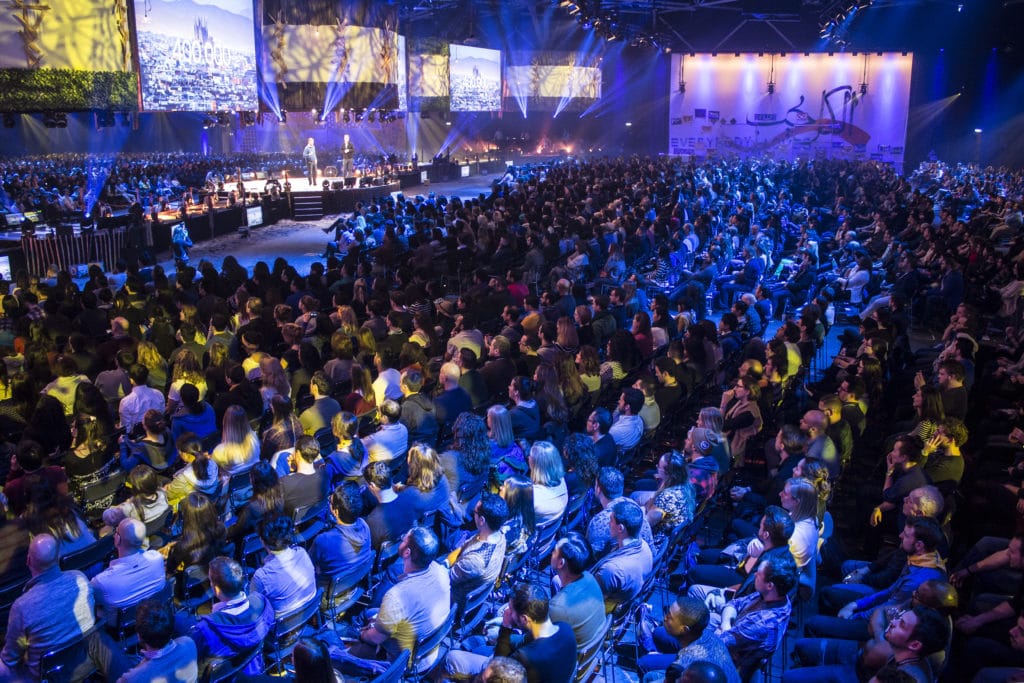 Why The Refugee Company?

Jihad Asad: We looked at the stages of the refugees that they go through. There’s a stage when they first arrive. It used to take six months to get your permit. Now it takes almost a year. For a year, you are not allowed to do anything, even volunteer work is not allowed the first six months. It is really a complete waste of time.

Why not use it to explore? What are your options? There was a carpenter who came to me and said, “I think maybe my work is not as good. This is a really an advanced country — maybe the carpenters do things different from us.”

I said, “Well, let’s find out.” I took him out there and met him with a carpenter. He went to his workshop for three days.

The guy came back: “Hey, I can even do a better job. I can improve on his work.” Now he starts seeing himself being a carpenter again. He starts creating ideas of what he can do, because he saw his abilities are valuable.

Instead of him doing nothing, becoming depressed, and not wanting to work anymore… If you start from day one, looking into options, your possibilities, meeting people, building your network…

This carpenter — by the time he got this visa — he had a job.

Things like that really make a difference — for both sides — because the Dutch people want to try to this guy to see what he’s doing. They’re not willing to go and hire somebody if they don’t know him well.

As a refugee, if you know in two years time I can become this and that, then I would feel much more relaxed. I can really start building and say, “Okay, to become a carpenter, what do I need to do?”

Jihad, why did you, being an entrepreneur, decided to help refugees?

Jihad Asad: I am a refugee, just like them. I think the best way to help myself is to help others build their network.

For me it started out with “What can I do for these guys? I’ve looked into my past, my talents — what am I good at?”

One of the motivations was my belief that no one within the refugees I met at the camp was able to help these guys the way I was able to.

We could have followed the same path of what most organizations do. Let’s analyse, collect information, and have lots of meetings; then to do that — we would still be at that stage.

Instead, we just went straight to work by recognizing refugee talents, build their network, and eventually connect them to real jobs.

Fleur Bakker: We’ve been working so hard. [Fleur turns to Jay] I was really touched, because this piece in Het Parool [a Dutch newspaper] was beautifully written. I’m trying to translate it to English and Arabic, because I want you to understand it. The journalist was writing about Mr. Khaled. If you see Mr. Khaled, he looks a bit reserved.

Fleur Bakker: If you look at him, he can also be a bit annoyed, and he has strict rules also. He’s very focused on quality. So, he thinks this [pointing to the studio] is a mess.

The journalist asked him, “How did you end up being a tailor?” Mr. Khaled was explaining that he was 8 or 9 years old and he had to help make money for the family. His father said, “You can choose your profession.” He was a small kid already intrigued by fabric.

When Mr. Khaled was talking about that, his whole face was glowing, and then the journalist asked about his history and his family… Then his eyes were full of tears because he hasn’t seen his family for five years, because he was in a camp at the border in Syria. Mr. Khaled’s family went to Lebanon. He wanted to go after them, but the camp was locked. The Red Cross got him out two years later. When he was finally at the border, he wasn’t allowed to go into Lebanon.

He had to leave: “Then I’ll take the rubber boat to Europe.” So that’s how these thing happens. The family has been divided for five years…

Does he know where they are?

Fleur Bakker: He knows where they are…

Jihad Asad: I tell you, it amazes me how he — from the moment he starts working, until the end of day — he doesn’t even take a sip of water. He has his rhythm, and he doesn’t know what’s around him. You could shout — he doesn’t hear it.

Fleur Bakker: I think that’s the whole story of our work. Because when he comes in here and he works on his fabric, he forgets about his troubles. He forgets he is alone.

Fleur, you have been working on improving the perspectives of refugees for 15 years before you started the Refugee Company. How did this become part of your DNA?

Fleur Bakker: Being a refugee makes you feel like you are not worthy. People think you are just taking.

The Refugee Company started out of frustration. Because I’ve been seeing so many people stuck in the system. I thought there should be more possible than we are doing now. I just did so many projects. You see what works. 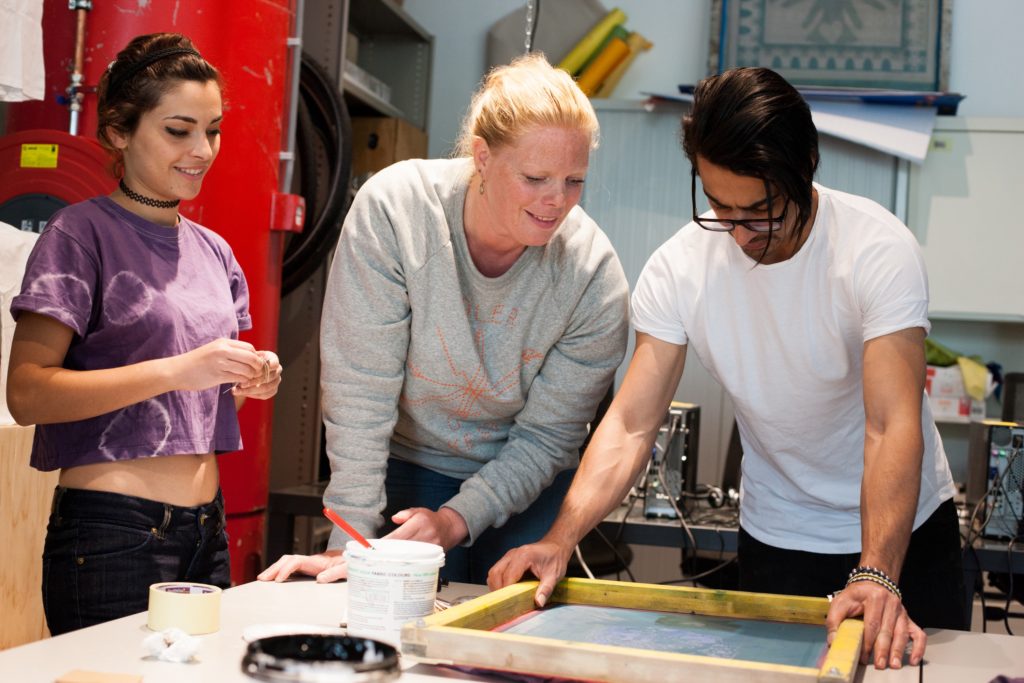 How did you become mindful of these issues?

Jihad Asad: She is a rebel!

Fleur Bakker: I grew up in a rich family with all the opportunities. If you’re open for the world … you see things differently; you want to do something about it. It’s not just being a rebel, but it’s also being an entrepreneur, seeing chances. Then, if you have this slight social mindset, you get frustrated that we cannot solve societal issues.

For me it’s about poverty … people who don’t have opportunities. You want to do something that improves the lives of the people in your society.

There’s a big group who have been in the system for seven to eight years, waiting. Recently it has changed. The system goes much faster, policymakers are changing, they have changed their opinion to that people have to be active. Eight years ago, the policy was, we move people around as much as possible, through the Netherlands, so they cannot root somewhere.

And then at the end of eight years, we say, “How come you didn’t find a job? Why are you on the couch?” You’re on the couch because you’re depressed — you’re broken.

Families with children move around the country?

They change to different schools for eight years?

Jihad Asad: Mine went to four schools in three months.

Fleur Bakker: You have all these big shelters now. If every village takes up 10, 20 people and we all just start cooking and eating with each other; the solutions would come out of society. It starts really simple — by you meeting someone, you’ll think, “Hey, you are a carpenter, I know a carpenter, so I can maybe connect you guys.”

… it’s almost impossible not to resolve the issues. With our clever minds and our clever institutes, we could find a solution for fighting poverty. Because poverty is where wars start.

What do you think? [Fleur looks at Jay].

Deciding where people go is a big problem … because social housing is the problem. If I want to work in Amsterdam and I don’t have enough money to live in Amsterdam, I’ll accept to live an hour away and travel to Amsterdam. It should be no problem. But the problem is when a person is placed randomly far away from the place where he can find work

Fleur Bakker: A few years ago, the average cost was 28,000 euro a year to provide one person shelter. I heard that the emergency shelter was 100 euro for one person a night. You could put them in a hotel with a nice breakfast!

Fleur Bakker: To change the image of refugees. It’s very important that we show quality projects.

The last sentence in Het Parool article said that the Netherlands should be happy with somebody like Mr. Khaled…to be proud that someone like him is in our country.

I think that is what we do. Be proud and be happy with the people we get and we’re meeting — by giving him an opportunity to thrive in this country.