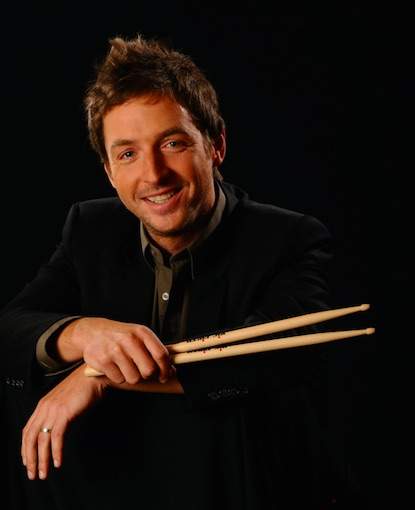 Ted Atkatz left his post as the principal percussionist at the Chicago Symphony Orchestra for the Los Angeles alternative rock band NYCO.

Ted Atkatz can also be found as a studio musician working on the new Jungle Book movie (directed by Jon Favreau) and teaching at Cal State Long Beach.

Next year, his two worlds will collide when NYCO performs with the Alabama Symphony Orchestra.

Atkatz spoke with impactmania about the nonprofit he founded, TAPS, the first global percussion seminar. The first TAPS was held at Cal State Long Beach; the first international TAPS was kicked of in Australia.

The idea was to bring a unique musical experience and a percussion seminar that the students were not going to experience otherwise. I had a great education in music with some of the best teachers that got me to the Chicago Symphony.

I have always wanted to pass it along, and I saw this opportunity. I brought a bunch of colleagues and friends that I thought would each bring a different area of expertise to the seminar. It offers diverse styles of teaching. We also make a point to do a lot of socializing with the students — demystifying what it is to be a professional musician.

Do you go into the business side of being a musician at all?

It’s more and more important to be an entrepreneur and definitely a PR person. The social media thing is definitely what catapulted the first TAPS. Most of our signups came through Facebook.

There is going to be that element of it because there are certainly not enough orchestral positions out there for all the percussion students. But percussion continues to grow, and the level of creativity from new composers continues to grow. The path is definitely about finding your own road to becoming a professional musician, and it can take on many forms.

What else do you want to achieve with TAPS?

I’d like to bring TAPS to symphony orchestras as a means of outreach. We can get 30 young people playing the drums in a short amount of time and expose them to a whole world that they’ve never seen before.

I also want to have it be something that we bring to corporations. Let’s say Google is looking for an employee-bonding experience for their new employees. We go to them, and we bring our faculty and instruments. People that have never played drums before learn to play. We go to a concert, we talk about the concert; if we’re working on Brazilian percussions, we eat Brazilian food that night. We have a really fully immersive experience for people that are not necessarily looking for a percussion seminar, but this is a means of bringing people together.

Music is community-based … and percussion — as a means of communication and as a means of expression — it’s the oldest form of music making.

Why was it important to start TAPS?

I recognized when we did it at the Music Academy of the West years ago how powerful it was. One of the students told me that coming to a percussion seminar completely changed his outlook on percussion and his view of how to become a professional. He’s now the principal percussionist in the Sarasota Orchestra in Florida.

A really important part of the seminar is that we do what’s called the mock audition. We give a list of repertoire to the students. Then we have a two-round mock audition from behind the screen so it’s completely anonymous. The winner of the mock audition receives a pair of crash cymbals from Zildjian, which is probably about a $650 value. 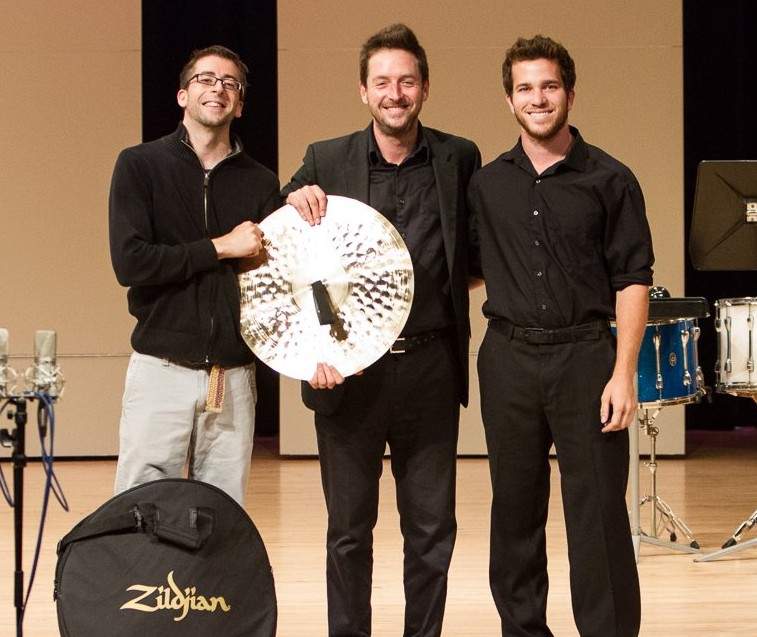 Every student that participates in TAPS walks away with some swag. It’s also great for the companies because they’re getting their products out there. In the first two TAPS, all other products that companies sent were sold to students.

Do you have other cities lined up?

We have two lined up for the summer. In June, TAPS is going to be in Sidney, Maine, at a place called Snow Pond Music Festival. It happens to be the location where I went to summer music camp between the ages of 11 to 15. I have incredible memories of this place, just learning about music, life, and friends.

The next one will be back at Long Beach in July.

Miwa Gofuku [Atkatz’s friend and advisor] and I have been talking about bringing it to Italy. There’s also an interest from people in Hong Kong. We want it to be the premier percussion seminar in the world.

How did you even make the decision to leave your position as the principal percussionist for the Chicago Symphony?

It was a tough decision. I would oftentimes have a concert with the Chicago Symphony playing in the percussion section, and it started at 8 p.m., let’s say, on a Friday night, and ended at 10 p.m., and then at 10:45 I would have to be at a club.

There’d be 2,000 people at the concert with the Chicago Symphony and 35 people at the NYCO show. That did not matter. I got so much of a rush and a reward from performing my own music, singing, playing keyboards and guitar. It was a feeling that I hadn’t had in, really, ever. I was challenging myself. It was my music. I was putting myself out there in terms of performing my own music.

Then I thought if I love it this much, I have to devote all of my energies to it because it’s going to take everything that I have in order to write it, perform it, promote it, and tour it.

Who is one of your favorite impact makers — someone who has left an imprint on your professional DNA?

One of the first people that come to mind is Neil Young. Obviously, the genre of music is different from what I do with NYCO, but he had a real big influence. I started listening to him when I was maybe 12 or 13.

Many people would say he can’t sing, he’s out of tune, and his voice quality is terrible. He’s always stood by his convictions and been an original. I think he was never afraid of detractors that would say that his band was bad. He actually really took pride in just having one take with his band. His band would say, “Hey, can we do that over? I’ve missed a note.” Young would be, “I like it just like that.”

Especially as a classical musician, where you’re [focused on] perfection, there’s so much to be learned from basing your performance on what it feels like. I think that’s so important. Even when it comes to being an orchestral or classical musician, it has to feel good, and that is more important in many ways than precision.

The Past Under a Magnifying Glass: What Maps Can Do for Cultural History