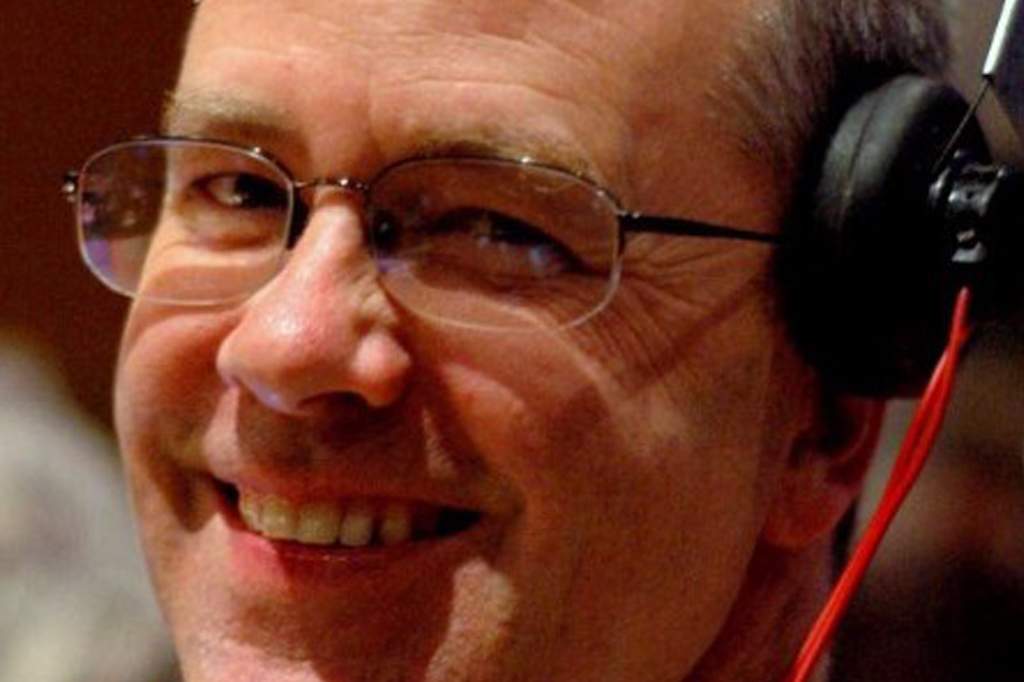 You have heard Jon Lewis without knowing it. His trumpet playing is on 800-plus motion picture soundtracks and close to 1,000 television shows. Most recently, Lewis performed as John Williams’s Principal Trumpet for the newly released Star Wars Episode VII: The Force Awakens.

Jon Lewis spoke to impactmania about the film-music business and the impact maker he has worked with for 25 years in 18 movies and counting: composer John Williams.

What is the difference between playing a classical piece versus film music?

The basic bones for a classical piece have already been defined for generations. You’re not going to play something completely different. When I do the main title for a TV show — such as JAG — I perform it in a way that, if anybody plays it, they play it the way that I played it.

Obviously, I wasn’t the first person to play Star Wars. I had just graduated high school when that happened, but that is something that really did have a big impact on me: Star Wars and John Williams. When I was growing up, a lot of the shows that I liked, John Williams wrote. He wrote the main title for Lost in Space, Gilligan’s Island, and Lands of the Giants.

Though I didn’t know who Williams was, I knew that the music I listened to was affecting me in a positive way. Then of course, in 1977, came Star Wars. That was amazing. Subsequently, John Williams did E.T. Year after year, he kept coming out with these great movies. Jaws, Close Encounters, Superman, and Raiders of the Lost Arc.

Doing something like Star Wars is the pinnacle. A lot of people dream of doing this.

Absolutely. We’ve all dreamed of doing it. All six previous Star Wars were done in London. This one was not going to happen in Los Angeles either. For a lot of different reasons, it did happen here. We’re super fortunate.

I’ve been playing with John for 25 years. I started out on fourth in the section and then moved my way up, third and second trumpet for a long time. I still got the experience of the greatness that is John Williams. He is such an incredible icon of American music — probably the most heard composer in the world.

Then I found out that I was getting the opportunity to play the principal trumpet for John Williams. It was monstrously huge. And then to find out that [it] was for Star Wars: I didn’t even believe it… I really didn’t believe it. It was really cool, because John Williams made the dream-come-true for all of us.

To live with a project like that — talk about the impact makers: John Williams and J.J. Abrams were there all the time. Steven Spielberg came in. Kathlleen Kennedy was there. Gustavo Dudamel conducted the main titles and credit. Even the actors came in: Rey, played by Daisy Ridley and Finn, played by John Boyega. I got to talk with [writer and producer] Lawrence Kasdan. It was amazing. This was absolutely a high point in my 35-year career.

Star Wars was like a big family event for a whole year.

What is it like to work with John Williams?

John Williams is an incredibly humble man — a brilliant, brilliant mind. He writes all his music with pencil and paper, not on a computer. He doesn’t listen to his old projects. He just keeps moving forward.

On the podium, it’s like those old commercials when E.F. Hutton speaks: Everybody listens. When John Williams gets on the podium — it doesn’t matter if he’s talking about a note or anything else — it is so important to listen to him. He brings so much information and knowledge. John has been working 60 years in this industry; he has been nominated for 50 Academy Awards. 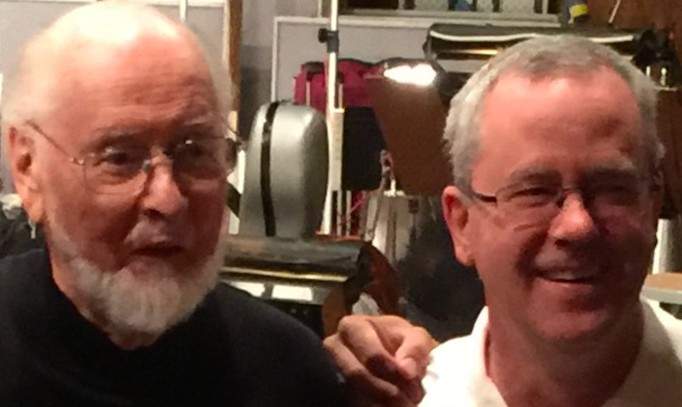 How has John Williams impacted you?

The first movie I played with John was Hook, the Peter Pan movie with Robin Williams. I played six notes in that entire movie. It was so amazing, to be in the room with John Williams. John always writes the most awesome score. They’re always just right. The ingenuity of what he’s doing, and how he’s doing it… The way he conducts his own scores… The amount of knowledge and grace he brings to the podium… John calls us “children,” “love,” all these different pet names.

You know being there and experiencing that level of music — War of the Worlds, The Patriot, Star Wars, Harry Potter, and Indiana Jones — these great, great pictures…working with John is a highlight for any and all musicians.

Other projects, like the millennium special, with Steven Spielberg, which was amazing… The album that John did, The Unfinished Journey; it’s incredible music. The orchestra has to completely sink their teeth into it, because it has you playing at the top of your level. Everybody has to reach way inside.

John impacted an entire industry. Because when he started the large orchestral writing, in the ’70s, the industry was mostly either small orchestras or no orchestras — or pop music or synthesized music. There were no huge epic scores anymore like there were in the ’40s and ’50s. Because John turned it around, we’ve had 40 years of prosperity in terms of wonderful and big scores.

Where is the industry heading?

I’m hoping that it’s going to be another resurgent of that style, having the composer know exactly what they want — having it perfectly created and translated into paper and then having it come out where there’s this amazing brilliance.

The audience should hear the difference, in this last Star Wars. I think it will turn some heads … “Wow, why are we doing this in other places? We really should be doing it in Los Angeles.”

The Big Friendly Giant (The BFG) is coming up. I’m going to go back to my alma mater, the University of Kansas, for a concert, first doing a solo with the Santa Barbara Symphony in March. I do an annual trumpet camp in Dallas, in June. I’m hopefully going to get to the Netherlands and Nice, France.

What would you sound like — is there a tune you identify with?

I am the trumpet you hear in Star Wars! 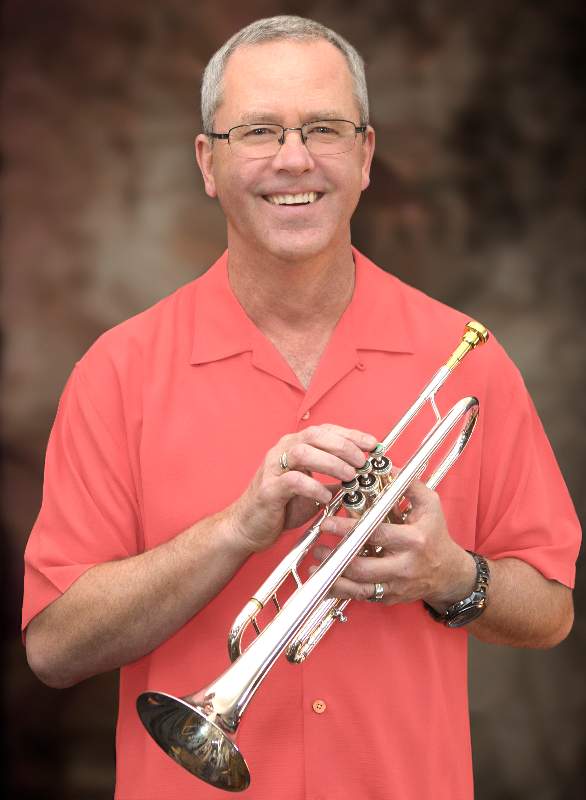 The trumpet you hear in Star Wars: Jon Lewis.
Photo by Joe Meyer.

With the main title, John Williams said: “Get out of the way, this is the trumpet’s moment.”

We didn’t do the main title until the last month. After 10 months, I’m like, “Come on!” We finally got to do it. It’s so iconic. I had a wonderful section; it was not just me, of course. When you have a section, whether it be the Santa Barbara Symphony or as a recording artist, you need people you trust. It’s so different to sit in the first chair. You’re the voice of the brass section. There’s a presence there and a responsibility that I love.

Then I love going to the movies and hearing that first note. It just brings goose bumps and everything else. That’s a big moment.

There’s No Magic Without Process