By The Ocean We Unite: Realizing a Plastic Free Zone Island
January 5, 2017 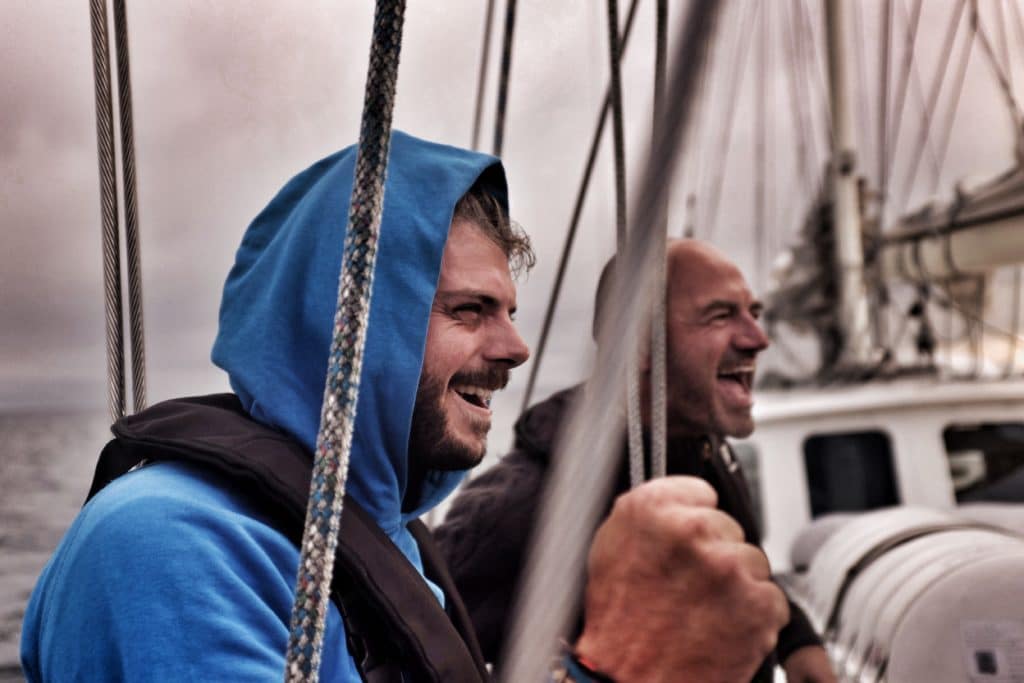 By the Ocean we Unite’s founder Thomas van Thiel

Thomas van Thiel was moved to action after seeing a plastic bottle floating in the middle of the ocean during a 23-day sailing trip from Cape Verde to Barbados. By The Ocean We Unite was founded.

Van Thiel and his team sail, conduct research, and activate people to minimize the amount of plastic ending up in our waters. During the organization’s first expedition from Rotterdam, the Netherlands, to Norway, the organization found plastic in every water sample.

Thomas Van Thiel shares how he ignites governments, corporations, and individuals to tackle the plastic problem. He is realizing a plastic-free island in Croatia and dreams of a global expedition with other ships. Learn about the most important action you can take to lower plastic usage.

What is unique about a By The Ocean We Unite expedition?

For example, next year, we are going to Scotland, we will be asking universities and institutes in the area where we’ll travel, “Do you need anything from us while we are sailing out there.”

We sail with scientists. During the last expedition to Norway we connected with a professor at the International Research Institute of Stavanger (IRIS). He was starting to research a water treatment facility and needed to know how much plastic was entering the area.

It is expensive to organize a whole expedition to answer that single question. When we approached him, he said, “Yes, if you are sailing in the fjords and around Stavanger, can you take some samples for me?”

We visited the International Research Institute of Stavanger to get to know each other. We spoke about what they are doing, what we are doing, and how we can strengthen our projects together. They lent us a grabber, and we took five ground samples for him.

With every expedition, you have a cross-sector collaboration?

Yes, I believe in being united. We need to fix problems with each other. This means we need politicians, companies, and the individual person. Together, the solution is simple, because we deal with plastics differently.

Approximately 50 percent of all the plastics going into the oceans are single use plastics. In France, they will be banning plastic cutlery in their parks by 2020. We can change the social acceptance of plastics. The same thing happened with smoking cigarettes. When I smoked for the first time, we could light up in the train. If you are going to try it today, everybody will think you’re crazy.

We need support from politicians to make a change. Companies can also change; invest more in sustainability and reduce the plastic use. There are only benefits. It’s a win for the company, but also a win for nature because if we lose nature, then what will companies do? 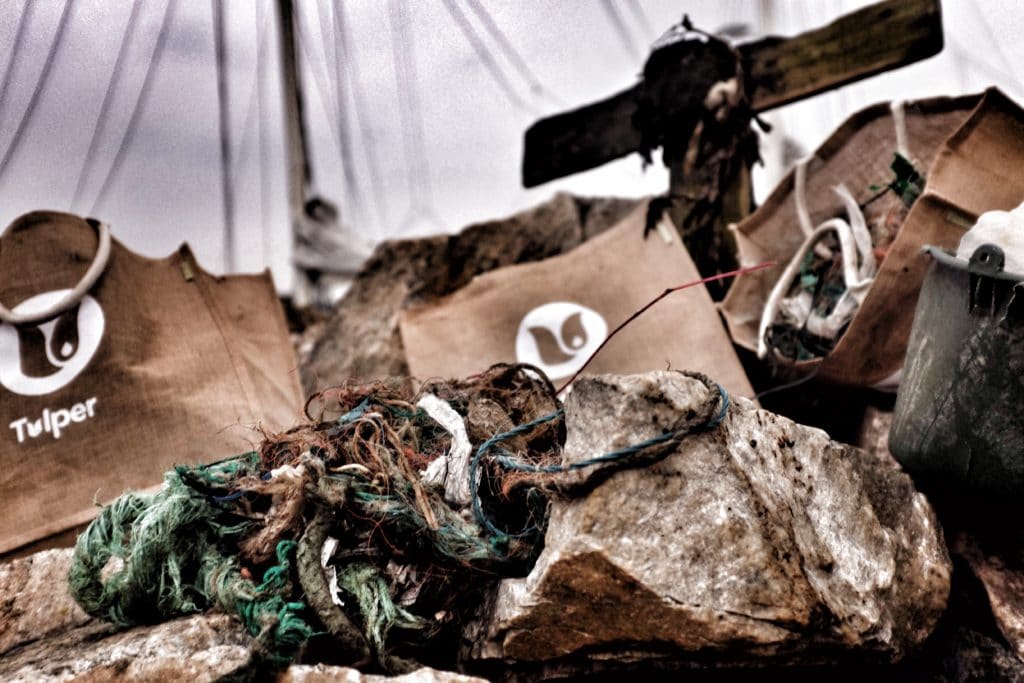 What has been a surprising lesson while building your organization?

I’m working so much with plastics and the mission of By The Ocean We Unite is to prevent plastic from entering our oceans, we think the solution has to be prevention.

As much as 13 million tons of plastic flow into the sea every year. Then still we have to get the existing plastic out of the oceans. But if we are only cleaning it up, there is so much still coming in.

There’s no effective solution to clean it up. The Ocean Cleanup has a great idea and Boyan Slat [founder and CEO] is close to make something that can clean up a big part of it, but it’s not a solution for all the plastic in the ocean.

Yeah, for sure — I know we can solve it. We have to learn more, create more awareness, and try to activate the public that has a lot of power. If we all stand together and show we want the same thing — companies and politicians have to listen.

It looks like there is a movement to conduct business differently. It’s not only important that a business makes money, but also that the business means something positive to us all. A small shift of how we think and how we see the world will make a difference.

You have a great list of what people can do to minimize plastic flowing into our oceans on your site. For example, don’t use shampoo with micro-beads in it, because that is plastic. But what is the one thing that people can do that has the biggest impact?

Try to reduce your single use plastics. It is nearly impossible, especially if you’ve a busy life, but the first step is to use your own bags, don’t use throwaway cutlery, and bring a water bottle. These are easy fixes, because we are with so many people.

Then, we are working closely with the Plastic Soup Foundation. They had a campaign and it already brought us big companies that are choosing to go for plastic-free products.

You should take a day-trip to Unilever ‘cause their headquarters is 57 kilometers away.

Yeah, exactly. Apart from the expeditions, we are selling The Plastic Experience to companies. We take companies to the beach or sail at sea for a day to learn about plastic.

We work with organization to make a plastic scan. With nine questions the company can see where the economic benefits are when they change their plastics usage.

We were asked to do The Plastic Experience for a company who makes packaging for peanuts. The company wants to think about changing, but the main business is still packaging. That is not a change you make in one day. We think of these companies as partners, not just sponsors for our activities.

There was a girlfriend. We were both young, but she was even years younger. She broke up because she decided to travel to India for a year. Even though I felt badly about her leaving. I deeply respected her decision. I quit my office job and went sailing. I choose to live and to do what I love, and that’s sailing. Because of the sailing, my eyes opened. She taught me to just to do it. I also owe it all to the team at Ocean Unite because without them, I would be nowhere. 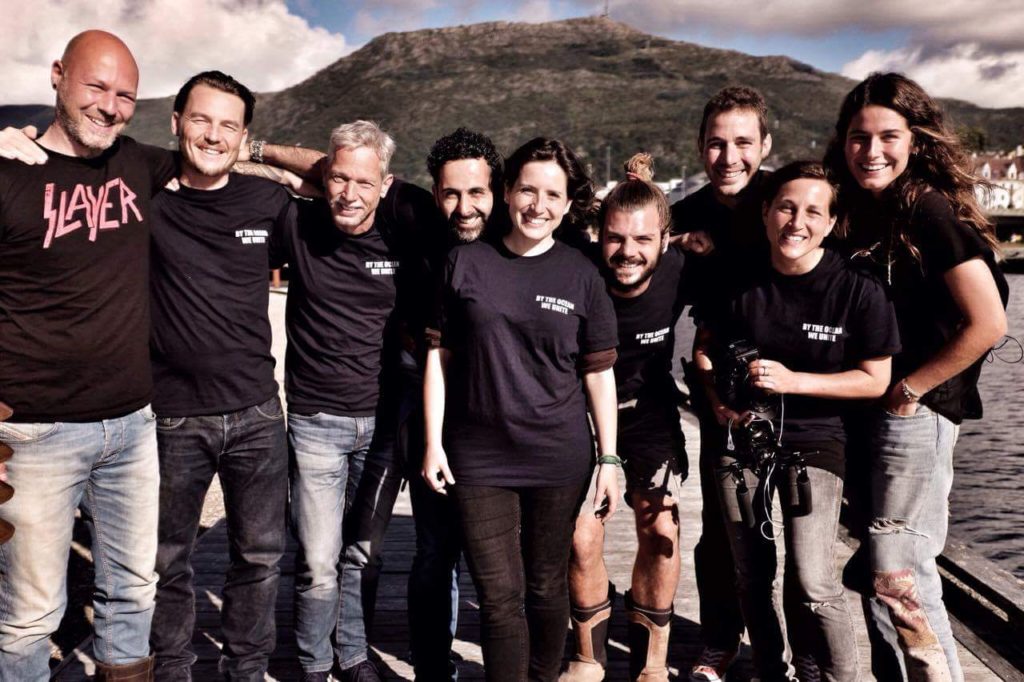 The team of By the Ocean we Unite

What will By The Ocean We Unite be doing in 5 years?

We are going to do a project in Silba, Croatia. We are in good contact with the mayor of Silba. She’s doing a lot for the environment.

We’d like to bring people to the islands to think about how to keep the island gorgeous but aware of the environmental issues. Over the years, we want to research how much plastic is coming in from the sea onto the island. Today, the plastic is mainly brought in because of the tourists. We will work with the public, the government, and businesses on this island and make it a plastic free zone island. 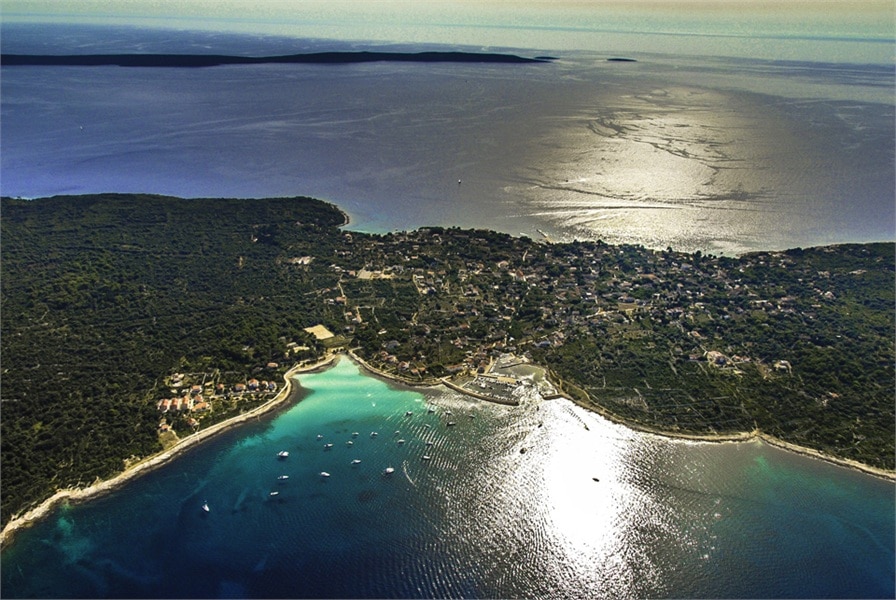 By the Ocean we Unite working toward a plastic-free island: Silba, Croatia

A proof of a plastic free zone island! What else is next?

Yes, hopefully other islands around Silba will do the same. We’d like to show the world it is possible.

The big dream is to sail with other ships around the globe — different flags sailing for the same cause. It’s important that people, who are using the ocean part of their a hobby — sailors, divers, surfers, and swimmers — to be involved.

First we need to understand each other. We’d like to make a documentary shot by different filmmakers from all over the world. It will be a film about the same problem but from different views. We need to work together, despite our cultures and differences. 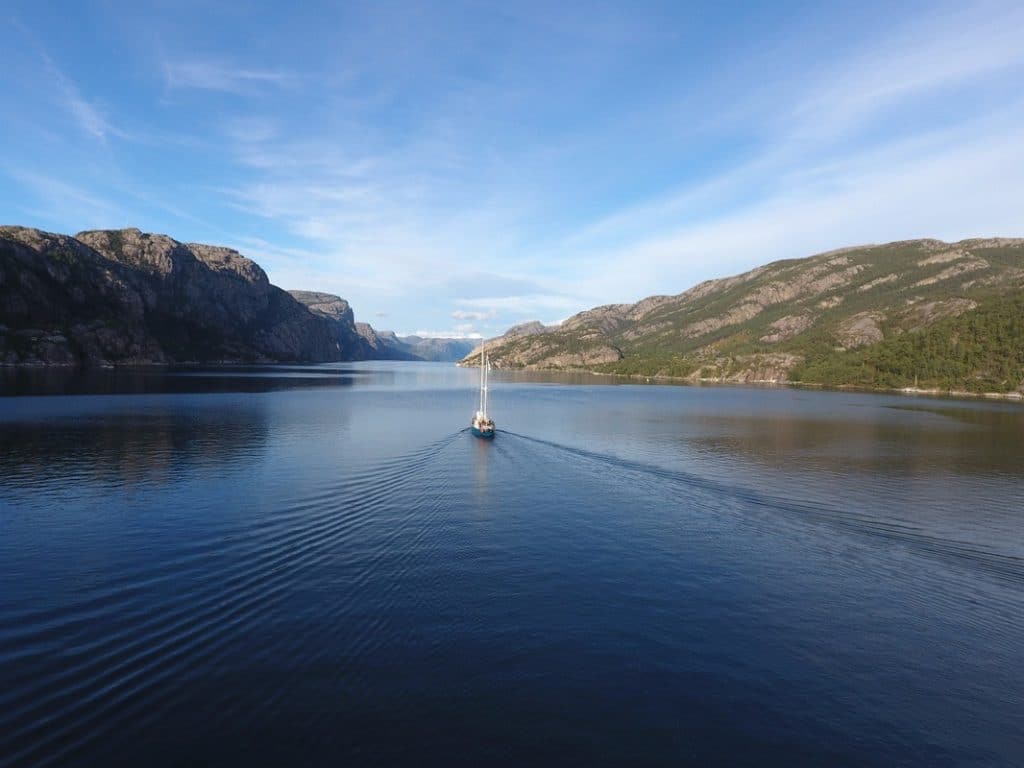