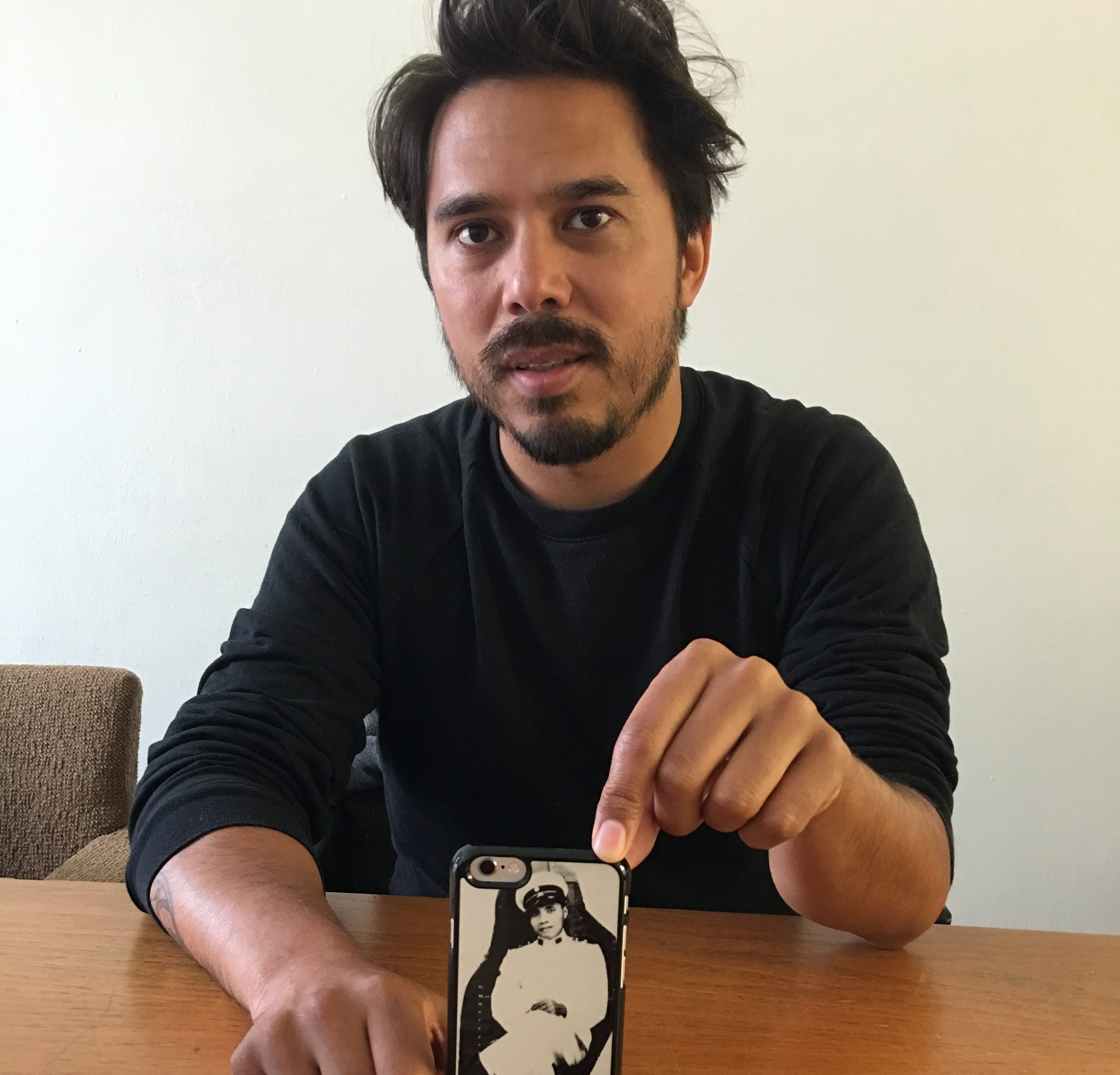 The half-brothers, Sebastian and David Blom, found a bottle of jenever at their aunt’s home. With it, they created Bobby’s Dry Gin with one of the Netherlands’s oldest distillery, Herman Jansen. Two and a half years later, the gin won the Best Gin of Holland and is available in 25 (and counting) countries.

impactmania happily paid a visit to the distillery founded in 1777, located in the world’s gin capital, Schiedam.

It was by chance that you found this bottle of jenever at your aunt’s house?

Yeah, my oldest aunt’s house. Our grandfather used to drink jenever and my aunt knew the exact ingredients he used to use to spice it up. My brother found an old bottle of his spiced-up drink, which still had the jenever in it.

Had you tasted the gin before or was it a completely new discovery?

A little bit of both. The bottle was in my grandfather’s house — there was always a bottle somewhere in the corner with some things floating on the bottom. We never drank it because if we came close, our grandmother would say, “Hey, stay away from the bottle! That’s your grandfather’s liquor!”

So, we knew about it, but we didn’t know it. When we drank it for the first time, we said, “This is something else.” This was jenever that hadn’t been done before with all of the botanicals. In Indonesia, it’s the traditional way to drink jenever. They call it pinamaraji, which more or less means a mix of botanicals. Every family has their own way of making their own jenever.

What do you think your grandfather would say?

I think he would be proud. We don’t believe in God or anything, but if he is watching us, he is smiling at us, I can assure you that.

Give me an example where you felt that he helped you through this process.

Well, we have him everywhere. I mean, he’s on my phone. He just gave us the basics for a good life. Not only to create Bobby’s, but in general.

It was hard, but beautiful as well. After the Second World War, he came to Holland because of the colonial connection and fought under the Dutch flag. There’s a whole history between Holland and the Molukkers. [people from the Maluku Islands.] Molukkers weren’t recognized and my grandfather’s generation was supposed to be here temporarily.

Because of this, there was always a longing for home and for a family that still lived in Molukken. I think he had a good life here [in the Netherlands]. My grandfather said, “We need to integrate here. We’re just going to live between Dutch people and find a job. And we’re going to make our lives work here.”

So, I think that’s also part of what we’re doing. You’ve got to do with what you have, and you’ve got to make the best out of it. That’s also something he gave us.

How did you come to produce Bobby’s?

My brother’s original idea was to make a jenever because we were born and raised here in Rotterdam and live next to Schiedam.

We thought that we would rejuvenate it — make it interesting for young people. Sebastian felt, whether it was unique or not, that this was something real. We don’t have to sell this — we are in 25 countries right now and it’s the same story. It’s like, “Yeah, that’s our grandfather’s jenever recipe. We actually made a gin out of it because our grandfather was actually making a gin by infusing dropping botanicals in the jenever, infusing it.” My grandfather didn’t know that. It was the first thing our partner, Herman Jansen, told us. Sebastian asked, “Hey, I got an idea. Would you like to collaborate with me?” Jansen replied with, “Yeah, sure. Technically, we have to make a gin out of it, otherwise people are gonna say that you did it wrong.”

How did you convince Jansen to collaborate with two young guys who simply found a bottle of their grandfather’s gin?

[Laughs.] They felt the uniqueness of the story and the recipe. They knew our gin, what we now call Bobby’s, was not there yet. It was a matter of trying and tasting.

Jansen said to us, “At the end of 2014, if you can sell 4,000 bottles, we’ve got a business and we can continue.” We sold 20,000 bottles. It was like, okay, now we’re getting serious — now it’s a business. We’re now two and a half years ahead from that moment. We’re so happy we accepted one another as partners, not only because of Bobby, but because very few people knew about Herman Jansen. Now we’re in 25 countries together, so people also hear about Herman Jansen. 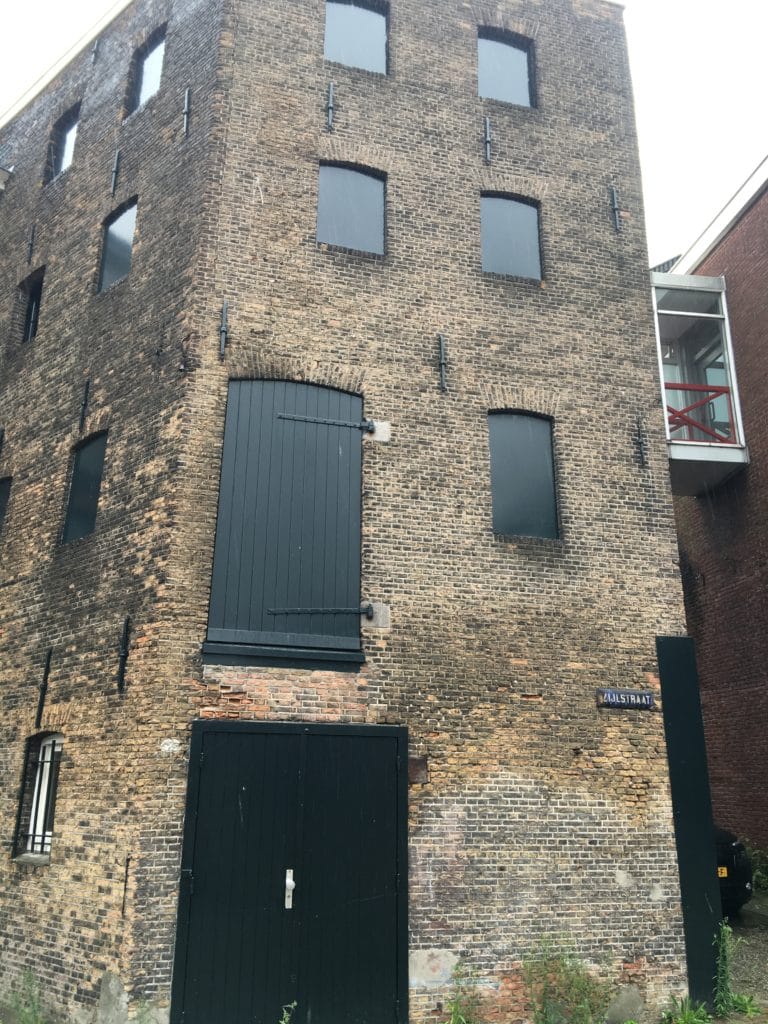 One of Herman Jansen’s building. A family business since 1777.

So you helped them with visibility?

Exactly. They helped us with all the connections for exporting and administration, which is not really our thing. We really help each other. It was a wild adventure in the beginning, with no certainties and just this gut feeling from both parties.

I think what really helps is that we are an independent label. We don’t represent a Bacardi or Diageo; we’re just us. We have a sales team now that includes just three guys.

For my brother and I,  it’s like, I enter a shop, carry the bottle with me, and make it visible. Nine out of ten times, somebody behind the door asks me, “Hey, cool bottle! What’s that?”, and its our gin, my grandfather’s recipe.

Then they’re just, “Wow, really? Your grandfather’s recipe?”, and they want to taste it. Taste-wise, it’s just something unique. If anybody asks me, “Who is your competition?”, we say that we don’t have any. Not to be cool or anything, but there is just no gin out there yet that is similar to Bobby’s and a good quality gin. It’s not just another taste, but it tastes good and stands out.

So you just went knocking on restaurants’ doors?

Yeah, actually, the first thing Sebastian and I did was go to the bars personally and explained the story. From there on, it just spread and all the countries we deliver to now all came to us.

Our expanse has been here from Spain or Italy, with customers asking bars and liquor stores about us and our gin. They’ll say to the customer, “Hey, ask about Bobby ten times and I’m gonna call these guys.” And they did, saying, “I don’t know who you are, but they’re asking about your gin. Please come to Italy to have us taste it.” After two and a half years and around 25 countries later, we’re blessed.

Do you drink it neat? Or are you doing something else with it?

We’re doing something else with it as well, especially for the foreign countries, ’cause everybody here, they know it. I was at the Jenever Festival in Schiedam a few months ago, with the bottle, and peoples who tried it were like, “That’s a good jenever.”

But in London, with Sebastian, everybody was like, “Yeah, tastes good, but what are we gonna mix it with?” [Laughs.] So we need to create a drink, a simple mix, with the jenever as well.

What was surprising for you to learn?

The most unexpected thing I learned is that a tasting face can’t lie. It’s the most beautiful thing ever, you just can’t explain it.

I see an experience, especially if you taste Bobby’s. It’s a matter of smelling first, having it in your mouth, and then swallowing it — three experiences. When you taste it, you can see, more or less, how the genius [at Herman Jansen distillery] who made it for us created this drink.

All the things that happen when the gin is in the mouth and the throat; it is a unique experience.

Give me some words to describe Bobby’s?

Unique is a good word for it. Neat, because I like Bobby’s neat. Also, family; that’s a cool thing about partnering with Jansen, which has been a family business since 1777. The man upstairs, Dick Jansen, is still involved.

Was it daunting to partner with Jansen?

It was old meeting new, the classical way of doing business. Some of the paperwork still moves by fax here. On the other hand, we’re in our early or mid-30’s, from the street, and doing everything in a fast way. [Laughs.] 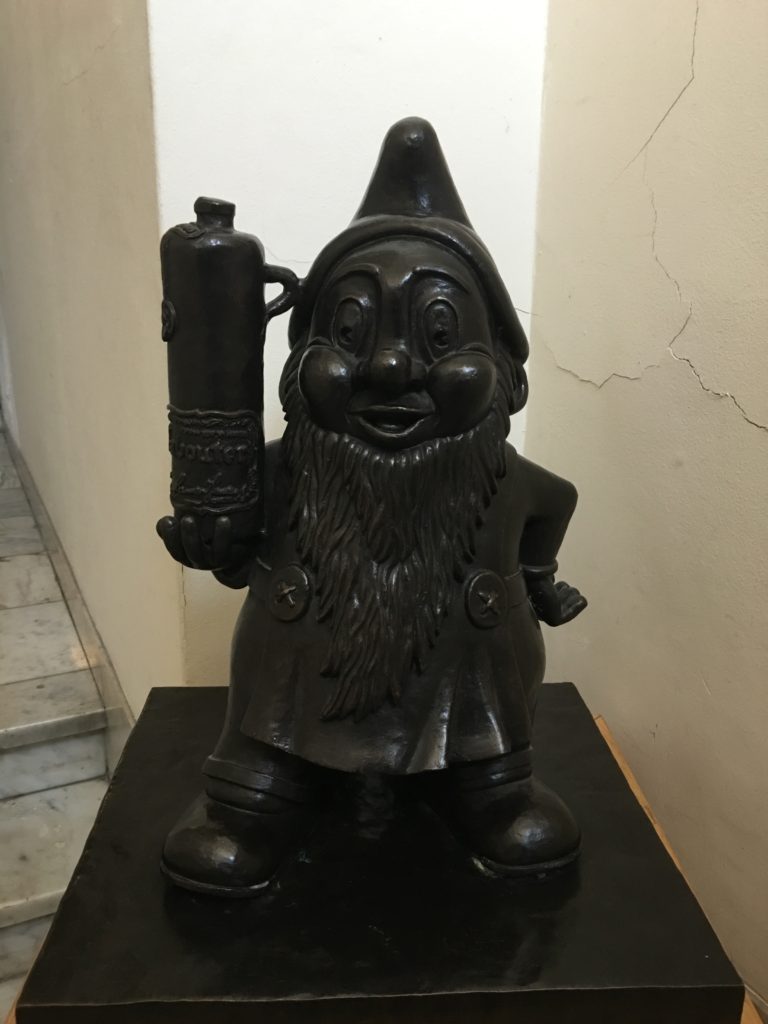 I thought about the romance behind it, yet if you walk through the distillery, there is no romance. There are people in white coats, and they’re working, distilling parts and everything. There’s a kind of chemistry between these two worlds. At first we could feel that some people were like, “Young guys with an idea? Yeah, there are lots of young guys with an idea,” but now, we’re doing it together.

Incredible. Really incredible. We are learning everyday, since we’re not from the business. Everything is new, everyday. Yeah, it’s a great experience.