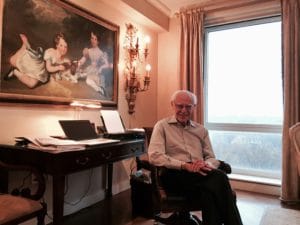 Santa Barbara, California is a gem-like city glistening in the sunshine, nestled between the shimmering Pacific Ocean and the Santa Ynez mountains. Yet the real beauty is in its community due to the many makers, builders, and givers. It is a city filled with people contributing time, talent, and treasure to keep Santa Barbara special.

A notable impact maker, Michael Towbes, exemplifies the Santa Barbara spirit by giving back across all dimensions. From being a founding member of the Scholarship Foundation, contributing to UCSB, to building workforce housing, parks, and playgrounds — Towbes daily demonstrates his commitment to the community.

The civil engineer, developer, and general contractor is the owner of The Towbes Group, an extensive real estate portfolio in California. Michael Towbes is also the Chairman and owner of Montecito Bancorp, which owns Montecito Bank & Trust, with assets of $1.2 billion. And counting!

Towbes explains why he doesn’t give anonymously, shares his advice for entrepreneurs, and speaks about one of the people who have left an imprint on his professional DNA.

Montecito Bank & Trust recently celebrated the 14th year of the Community Dividend event. Each year the bank gives away one million dollars to the Santa Barbara community. What spurred that?

I’m the sole shareholder of the bank and I’ve always been interested in expanding what the bank does for the community. The idea was that we would have an annual event right before Thanksgiving, which seems like a good time to give away a million dollars. We came up with granting dividends to the nonprofit community for what they do.

We invite about 100 people to come to the Biltmore [Hotel in Santa Barbara]. This year, we also added a seminar on cyber-security, which is important for everyone serving the nonprofit world. Then we ended the event for the people to continue schmoozing. [Laughs.]

What has been a surprising thing you have learned while building your businesses?

Being an entrepreneur means that there are always things popping up. You have to be flexible. You have to understand that circumstances change. It’s always a good idea to not instantaneously respond; you need to spend a little time thinking about the right way to deal with a situation.

Could you give me an example where you took some time thinking about a situation?

A good example was when we went through the financial problems of 2007-2008. Banks were told, “You will have to sign up for TARP,” the relief money the government was providing to banks.

After a period of time, we decided not to take any TARP money. We said, “We don’t need TARP, we’re doing fine without.” It benefited us not to have taken the money. 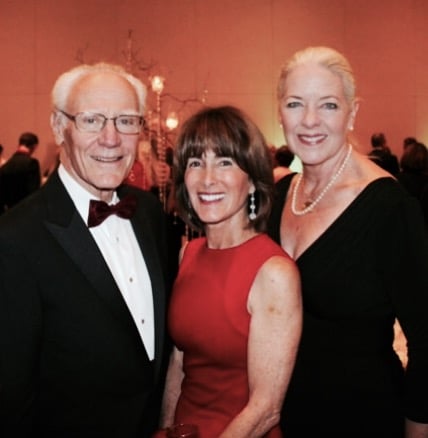 You have built up your businesses with many core values. How do you ensure that four generations from today the companies still hold that core and are value-aligned?

Well, I’ll be very happy if the next generation knows that I’ve spent a lot of time working on my businesses. I am not worrying about four generations from now. One of the most important things is hiring the right people. The people who run the businesses for me, Janet Garufis at the bank and Craig Zimmerman at The Towbes Group, go beyond even what I do. Maybe I set a good example, but they build on that.

We ask all our interviewees, who has left an imprint on their professional DNA. If you would have to name one or two people who have impacted you as a business person, who would that be?

Probably the person who had the greatest impact was Eli Luria. He was such a wonderful person. He and I formed a business partnership in 1956 when I was pretty young and certainly inexperienced. He was an experienced real estate developer and took me in as a partner. I learned a lot from him.

He was very interested in philanthropy and has been a great example through both his business ethics and the way he treated people. He was interested in benefiting the community. I think he was my role model.

Give me a specific example or something he said that still stays with you today.

I was the engineer and I came with my slide rule. He was much more intuitive. Probably what I learned from him was listening to your inner self. [Laughs.] I think that was a good lesson for me.

What’s an important thing that you teach the people you work with?

Giving back to the community and being involved. Not everyone can be a philanthropist in terms of dollars and cents, but volunteerism is what we encourage in people.

One of the things we do, both at the bank and the construction company, is support nonprofits each year, voted on by the employees. I don’t vote. I don’t try to influence their vote. At the bank we have what we call Anniversary Grants. The bank opened on St. Patrick’s Day in 1975 and every year on that day the employees choose 10 nonprofits to support.

Employees who are the champions of these nonprofits get to introduce them. That has worked very well. One of the interesting things is that I learn about organizations I’ve never heard of. Some employees are involved in organizations that are small and don’t have a high profile in the community, yet are very important.

Why is giving back core to your businesses? Where does all this come from?

[Laughs.] I’ve always been very thankful for the success I’ve had. The success comes from people in the community who are recognizing what you have done over the years. I’ve always felt the obligation to return that good fortune. I try to support the community in as many ways as I can.

I’ve been pretty public in terms of what I’ve done — there are other people who have the means to do it but hide out in Santa Barbara. I’m hoping that some of them are more willing to be open about what they do, because it sets an example for others. If you give funds anonymously, I don’t think it sets much of an image for people to emulate. If you do it publicly, then that’s also a stamp of approval. Hopefully, if I support a certain organization other people will as well.

You have given to many organizations. Tell me about one of them.

Well, I have a couple of scholarship programs. One is the Graduate Fellowships at UCSB. It is important to attract top-notch graduate students. They are important to help the faculty with all the projects they do. I set up a fund in honor of my late father, the Louis H. Towbes Fund for Graduate Fellowship. Every year the university gives me resumes of about four potential honorees. I choose one. I keep in touch with some of the students, even after they finish their graduate programs. 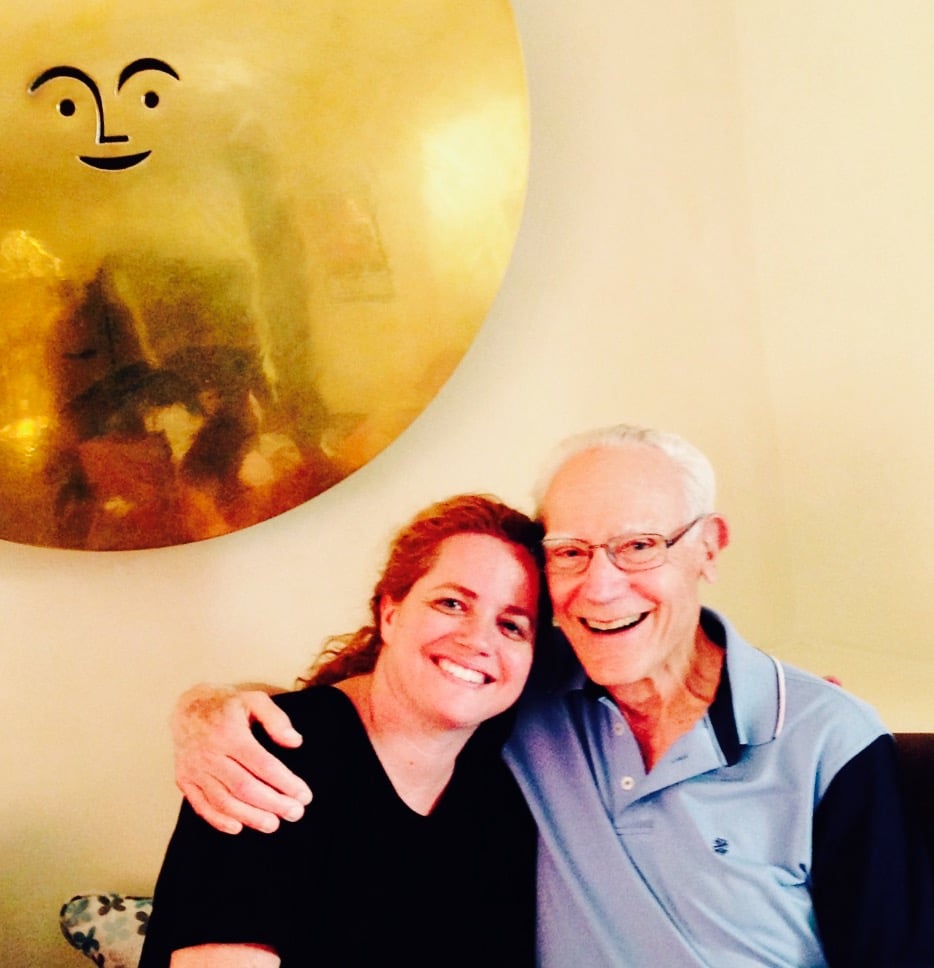 Give me an example of a student you’re still in touch with.

I have two students that have done very well that I have supported through my scholarships at the Music Academy of the West. Speranza Scappucci started out as a vocal accompanist; she has become one of the few women conductors in the world. Elizabeth Joy Roe is part of a pianist duo with Greg Anderson. Anderson & Roe tour internationally now.

What’s next for me?

Or should I ask Anne what’s next for you? [Laughs.]

Michael Towbes: I still love being involved with the bank and the construction company. I’m 87 and I’m not retiring! [Laughs.] What’s next is to continue what I love to do, which is philanthropy and being involved in the company and bank.

What would be a Michael Towbes passion project?

We’re finishing a project at USCB. Charlie Munger [Business Partner of Warren Buffett] gave USCB $65 million to build a residence hall for visiting scholars of the Kavli Institute for Theoretical Physics (KITP). I built for Munger in the 1990s. We’ve kept in touch and when he decided to do this new hall, he asked me to build it. We recently finished it and people are starting to move in. We built it on time and on budget — figure everyone is very happy.

Of course you did! They wouldn’t be expecting anything less.

That’s what we’re trying to do. [Laughs.]

Tell me about another passion project?

I have a project in Goleta [California] that I’m hoping to build. I’ve sort of tapered off in terms of my development projects. It may not seem that way, but I’m trying!

There’s a great need for workforce housing in Santa Barbara. The Area Planning Council talked about the imbalance between jobs and housing; the south part of the county has the worst ratio of just about any place.

Michael Towbes: Anne, do you want to help me? [Laughs.]

Anne Towbes: One word is inspirational.

Michael Towbes: Persistence is one word. I tend not to give up. [Laughs.] When you’re an entrepreneur sometimes you go down blind alleys and have to turn around. But I don’t give up. Then the words: giving back.

Where does the “not giving up” come from?

Michael Towbes: Boy, that’s a good question. It’s hard to know where it came from. You have to understand that things don’t always go the way you want them to go. One of my favorite expressions is go with the flow. You don’t want to fight the riptide; you want to work your way through it.

Don’t keep banging your head against the wall. You have to recognize when you’re headed down the wrong path, it is time to change. Try to do something different and hopefully you’ll do it better.

Anne Towbes: That is what he always says, “I’m doing my best!” And he certainly is…

Read the interview with teacher, media mogul, and philanthropist, Anne Towbes, where she sings for us!