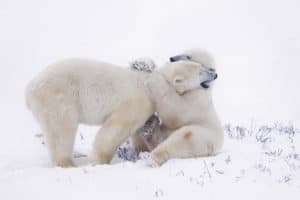 Colin Finlay, documentary photographer, has traveled to 90-plus countries to document apartheid, war, and genocide. How does Finlay hold on to hope for humanity after witnessing incredible human brutalities? He speaks about the spiritual bond between everyone he has photographed and how we all suffer from NIMBY.

Finlay has been awarded the prestigious Picture of the Year International (POYi) six times.

[Laughs.] I was going to be a teacher, or so I thought. Then, if I was going to teach, I needed to find what that fire inside my heart was before I can pass that spark onto my students. That led me down a fairly rocky road, being lost, and looking for things that inspire me. I ended up seeing Dances with Wolves. The movie got me in tears. John Dunbar, played by Kevin Costner, was writing in these journals about the first nations people. That resonated with me, telling the story of other people.

There is power and nobility in the most incredible places that can’t stop suffering. It’s difficult at times being confronted with the incredible devastation and adversity that I’ve photographed. It’s that continued strength that’s hopeful in so many ways.

You are talking about being hopeful, even after documenting wars and genocide.

Yeah, it is what I have to hold on to that’s the most important thing in taking the photographs. Because when I’m photographing people there’s an incredible transference.

I was doing a series of photographs of Cambodia and the legacy of 5 million landmines in the environment.

In the K5 belt [an attempt between 1985 and 1989 by the People’s Republic of Kampuchea to seal Khmer Rouge guerrilla infiltration routes along the Thai-Cambodia by means of trenches, wire fences, and minefields] there was a man who lost his leg.

Looking at this incredibly powerful man, there’s one word that transfers the difference between hope and no hope. What I project when I am photographing is that he is a landmine survivor. Survivor. That’s the most important word.

Or do I look at him as a victim? The way that they come off your tongue: survivor or victim. What he’s survived and what he’s endured as a land mine survivor. 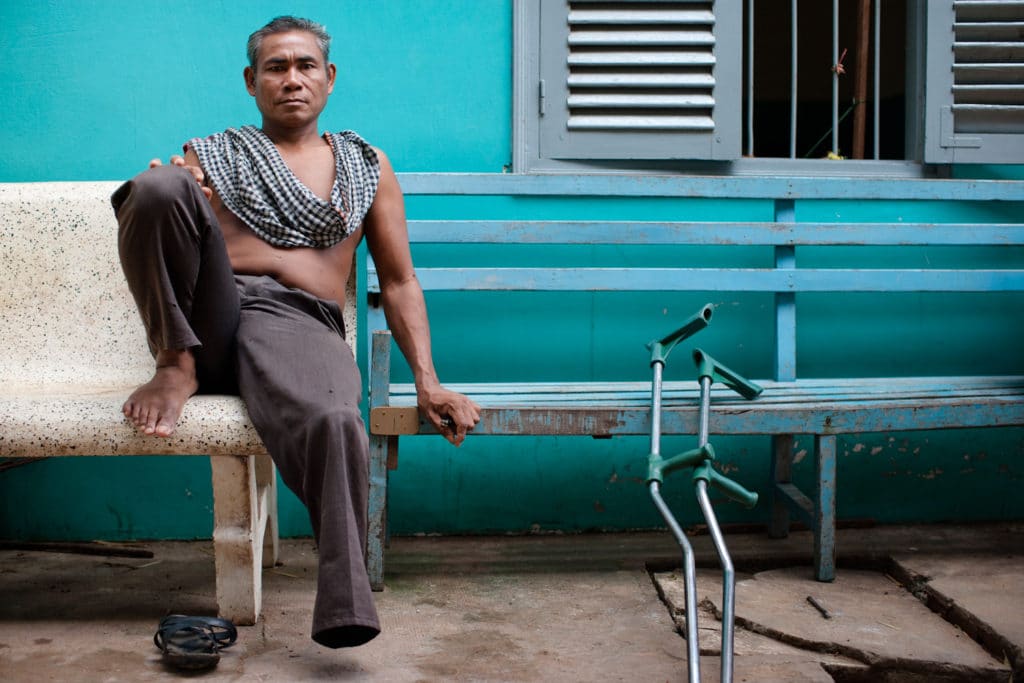 There’s an incredible amount of almost alchemy involved. Because I don’t speak that man’s language, I have an interpreter with me, he’s letting me just drift. Then, afterwards, I approach people. I find out their stories.

The connection of my eyes to their eyes. The same thing with the photographs in Darfur and all the other places that I’ve been. I sometimes think, “Wow, I can’t believe that I was allowed into this place and that I was allowed to create these images and given this free range to take on the responsibility of the souls that have entrusted their lives to me, to their photographs.”

I don’t take photographs — images are gifts. I feel it is a spiritual bond between so many incredible people and animals that I’ve photographed with responsibility of sharing their story with the world in the most powerful and provocative way. 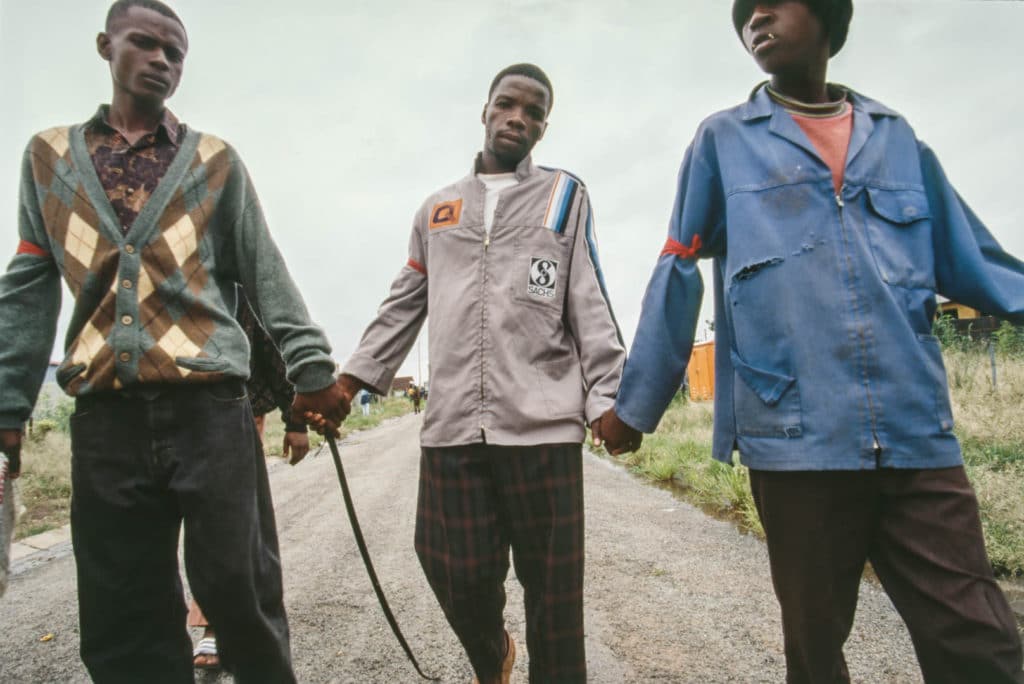 I hope to inspire change. Having people rethink their lives and rethink what it is that they do and how they approach their lives.

The most incredible documentary photography was apartheid, being in Takoza, being in Soweto, South Africa before Mandela ascended to presidency. Seeing those places first hand and understanding from people, “What is life, how is life, what is your hope for the future?”

Bosnia, Belfast, Rwanda, the Middle East, Nigeria, Haiti… all the extraordinarily powerful places. To be able to experience history, and to document it as well, as it unfolds.

Being witness to all of that, what does belonging means?

Belonging in an overreaching arc is to me the oneness of humanity. I feel that I belong to this over arching concept of humanity and the concept of one world and one people.

Unfortunately, sometimes we can be closed off to what’s happening in other parts of the world. A term that we struggle with as documentary photographers and photojournalists is NIMBY, which stands for Not In My Backyard. That becomes easier for people to disassociate and seeing themselves as separate, and not part of the oneness of humanity.

Allowing a million people to perish in, probably, three and a half months in Rwanda, was, I think, one of the greatest regrets of President Clinton’s legacy. He eventually, apologized to the people of Rwanda for not doing something.

But it’s the part of that separateness, that we see ourselves as, “I’m Caucasian, I’m African America, I’m Latino, I’m Chinese…” and everything is about nationalism and about identity. That overarching reality as seeing us all as one. It’s like: “Hey, what has happened in Rwanda, isn’t this saying something about what’s happening here, in Southern California?”

We’re all in the world together. We’re all a part of the same puzzle and we’re all linked together. Then what happens in their lives in Rwanda affects me in life here.

To share their story with the world and doing everything I could to make sure that their voice in Rwanda, their voice was being heard. I was simply a conduit.

What do you feel is needed for social impact?

Social media is a platform that needs to be and can be further explored. There’s something down at the very grassroots level.

I’ve always been very interested in going back to the teaching concept. That’s working with younger children that are in grade school and to be able to share and explore some of the photographs of the environment, polar bears, and the elephants.

Looking at it from a different perspective, there’s a whole program I’d love to be able to create. To have younger children be able to have an exhibition in their hallway at their school. For that month, they’re gonna take on the polar beers and be able to travel to that school, to share my work of the environment.

We’ve talked about the polar bears and how the amazing kids have an incredible fundraiser for polar bears and Polar Bears international. It’s a wonderful group that I’ve worked with. Young children take on the whole cause of polar bears. Then to be able to take this home to their parents, and say: “we’re doing this to raise money for polar bears.” It is a beautiful way for younger children to feel empowered about the environment, to have them feel like they can make a difference. 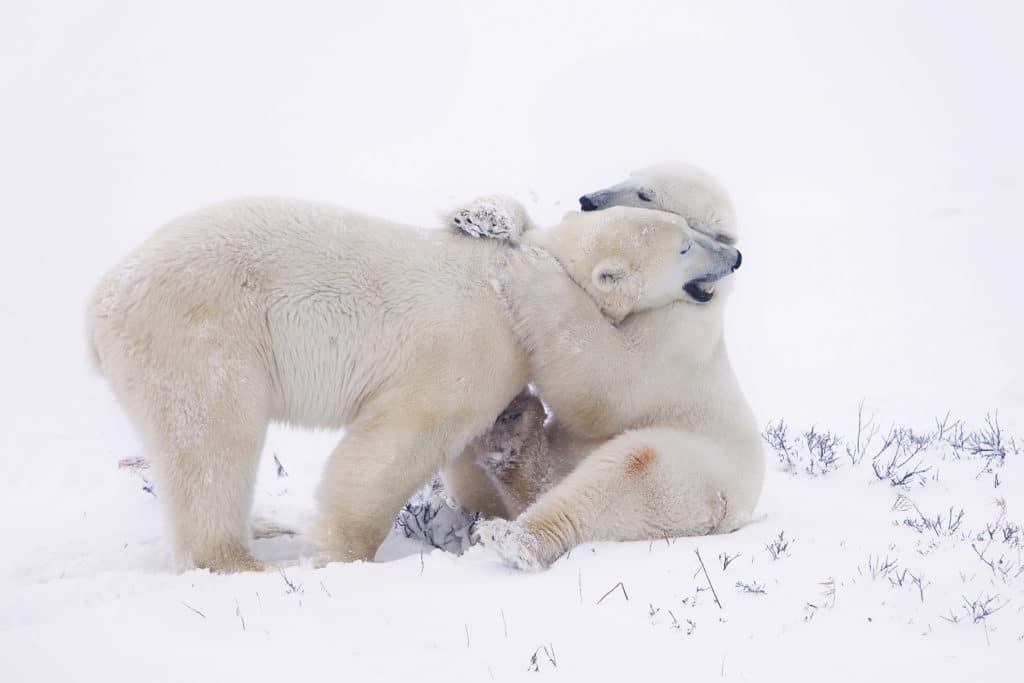 I want to leave the concept of empowering younger children to take that message home to their parents, too. Because they’re gonna receive it from their young child in a way that they would never receive it from social media, Facebook, or me.

Who has had an impact on your professional DNA?

A really extraordinary artist across so many different platforms is Hundertwasser. He was a man who was deeply concerned about the environment back in the 1950’s and 1960’s.

He’s a really crazy, impactful individual. His thoughts on the environment, his thoughts on design, on what we can do…If we put a building here, we’ve robbed the Earth of that much earth. That was stuff that needs to be on top of the roof. His whole idea is bucking the conventions of what is standard architecture. What is standard painting, what is standard? He’s very inspirational in a really wild amazing.

I am exploring taking photography out to a different audiences other than the photographic audience that I’ve been working with for the last almost 30 years. I would love to reach out to a more general audience and be able to reach people in a different capacity.

I’ve just been headlong into production and writing music. The idea is to be able to create that world and to circle those two incredibly powerful ideas and concept, which is music and photography together. 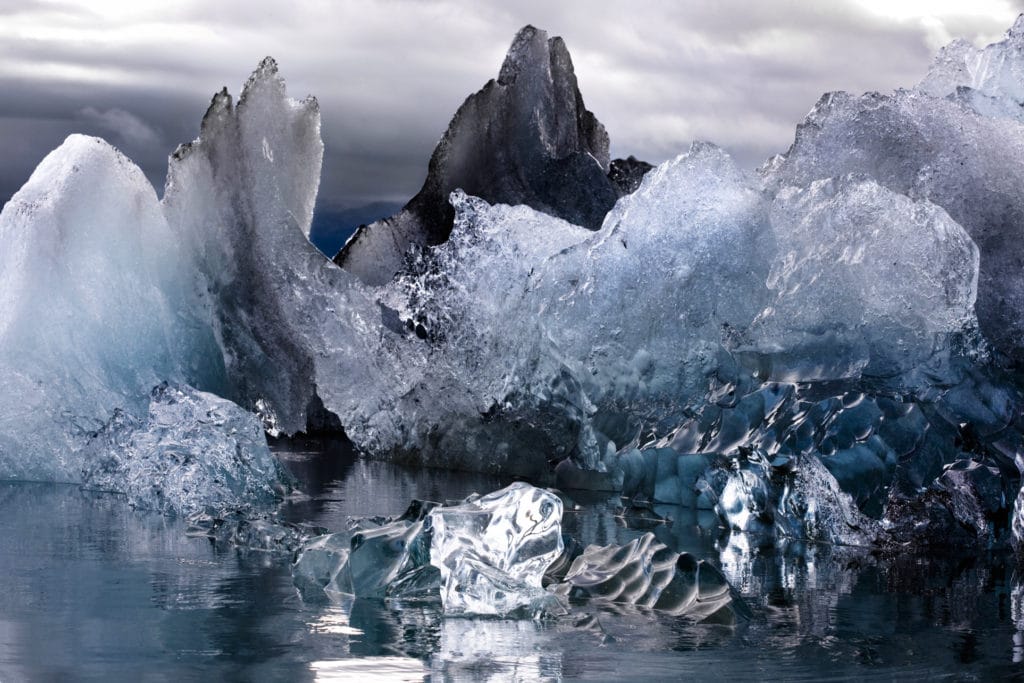 Iceland captured by documentary photographer Colin Finlay. One of the 90-plus countries where Finlay has worked.

The strange word that comes to mind is blissed. After blissed comes blessed.

To have stepped on the ground in Antarctica and, at the other extreme, to be up near the arctic circle photographing the polar bears.