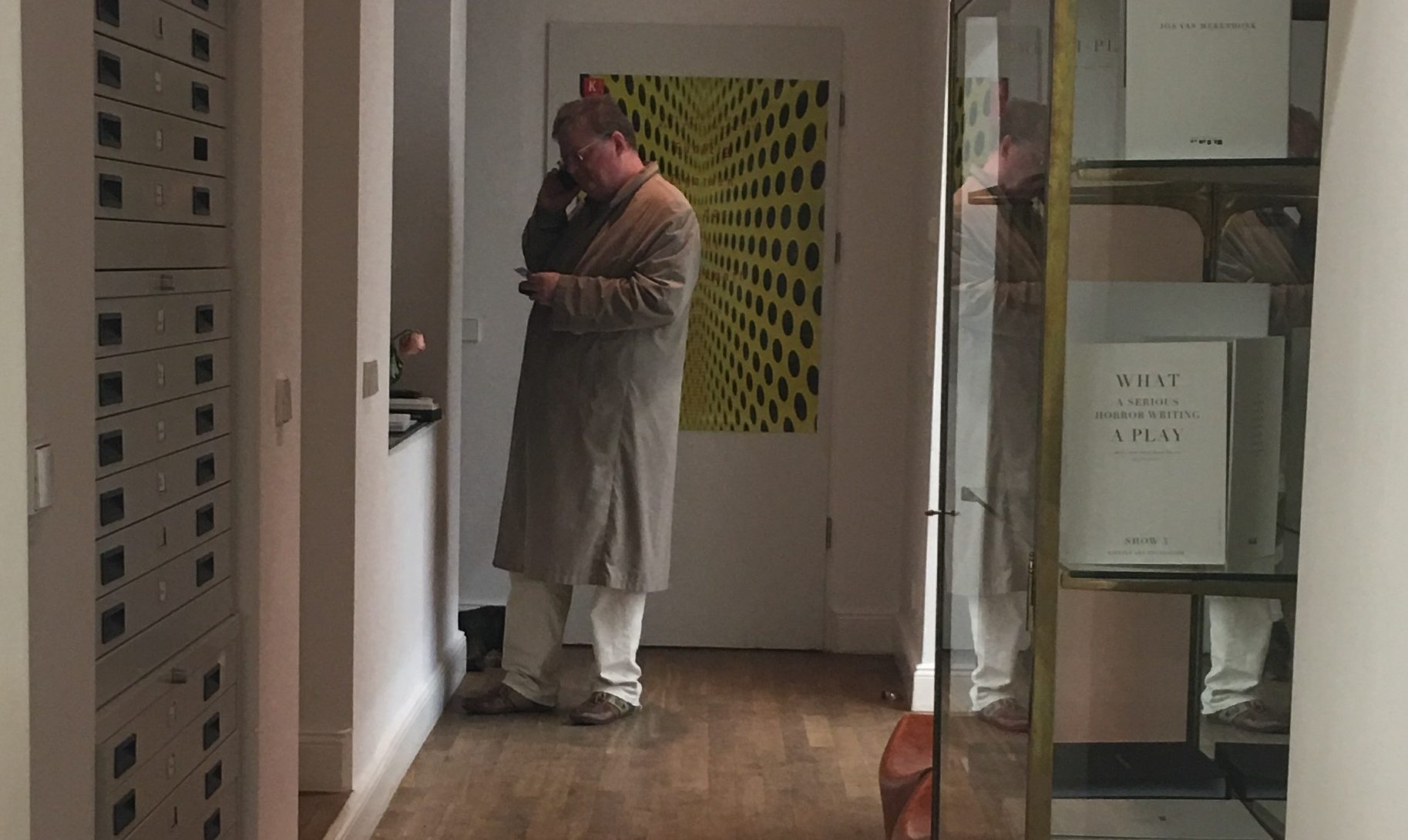 Jochen Kienzle jokes that the first generation builds a company, the second generation manages it, and the third generation studies art history.

Kienzle’s family are one of Germany’s oldest clock- and watchmakers. It then expanded into producing parking and taximeters. They even launched a computer. 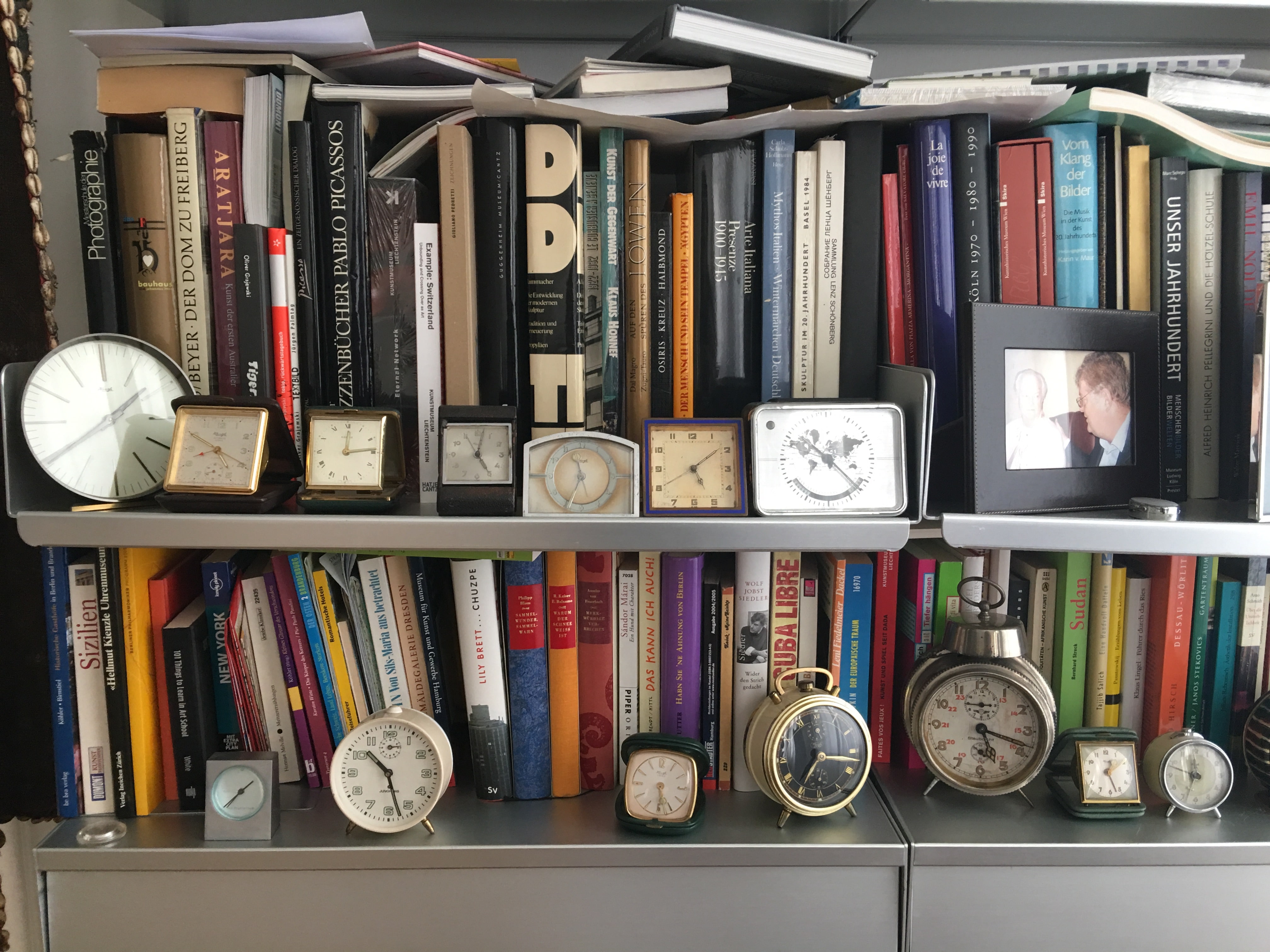 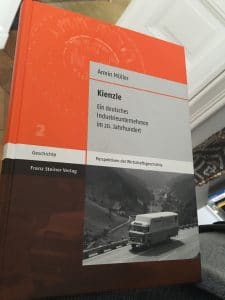 Jochen Kienzle’s apartment has the family’s travel- and desk clocks scattered on a few shelves and a side table in a corner, because the rest of the house is committed to contemporary art.

Kienzle showed impactmania the Kienzle Art Foundation in Charlottenburg, Berlin, and some of his work on loan at Cavuspace, a space in Schöneberg, Berlin, that presents alternative thinkers and makers in the art realm.

Why the Kienzle Art Foundation?

I was studying art history and psychology in Munich and was always asking, “How can I mediate the ideas and philosophy behind the paintings; what kind of art beside the mainstream exist; why are some painters successful and others not”?

With the foundation, I want to show people things they’re not used to seeing. I focus on artists who are lesser known or those who we have forgotten. We are living in a very fast paced, quickly passing time. Sometimes we forget or we don’t discover the works of many good artists.

People believe that museum exhibitions are a proven tool for measuring the quality of art. The art works are determined to be historically accepted. But the commercial aspect plays an important role in the museum’s “system”. The value of art works are regarded in our society as a measurement of value and success. High prices are sensational and sexy. It brings visitors to the museums. Museums are now producing popular and entertaining shows and are nearly looking the same worldwide.

Do you think museums’ successes are measured incorrectly?

Yes, the problem is that German museums are supported by the state. The measure of a good museum is … reaching some quotas… how many people came to the show. The quantity of visitors does not say anything about quality of an exhibition.

Museum shows should have more courage and discourse in the sense of their expectations of visitors’ understanding and thoughts about art.

Museums hold pieces in the view of art history, old and already discussed themes. For the artistry, it’s not interesting. It doesn’t push us forward. The problem is that museums are not independent of the money.

In the U.S., the system is even harder. There the collectors have a very big influence. They usually have a certain intention. Some collectors bring their collection to the museums because when it appears in a catalog, the value of the thing goes up — regardless of the quality.

What are the main misconceptions in art?

I think the public is consuming art. People have no feeling anymore for art. They have no time to think about it. They’re used to having a show, which is already explained, where there is no discussion and no contradiction.

“Painting 2.0” Exhibition in Munich for example: It is of how the market is pushing themes, which in historical view is not right. They’re leaving facts out; they don’t speak about related themes in art history; and they showed artists outside the context of the Exhibition.

I think what happened is that art has lost her freedom. The market is elevating certain art and people… When a painting is very expensive, it must be a good one. 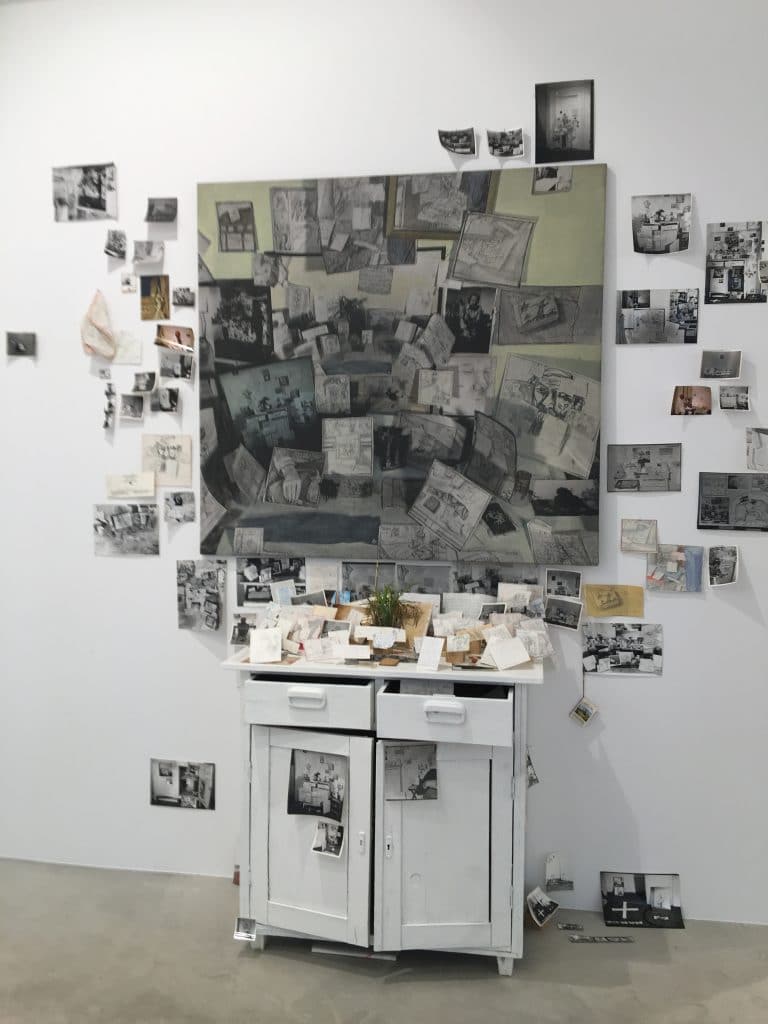 What can a person do about this?

You only have to be aware of this.

It’s very important that we come back to art, in the sense that we begin to discuss and see the social themes. A true will of communication of our culture —  a critical analysis and reflection.

If the museums would open up, the people who run these institutions could bring big effect. People could learn our culture.

Most people think art is only for the elite society. It is also why I founded the foundation because in the gallery, I have to sell. We have a duty to make good art, and to bring the art to the people.

People get it. From me, they get no answers. I only try to open their eyes and make the people sensitive for certain problems in painting society, as it were.

In our society, everything is entertainment. We are losing views on problems and solutions we have. We don’t see that art can do more than we think.

Do you have advice for people who’d like to start collecting art?

Look critically at everything; go to museums, foundations, galleries — look at all the shows. When I have students who come to the foundation, I always ask them, what are they seeing? What is wrong? What’s happened? Why is there something that is out of the ordinary? I think you have to train your eye. This is important for collectors but also for artists.

Look with your eyes and not with your ears. Don’t listen too much to art critics and rankings. Some artists tend to serve the market or their career. That is the reason a lot of artists make their works bigger and bigger, glamorous, and overwhelming. But when you scratch the surface, there is no substance.

What is your legacy with this collection that you are building?

This is to show to people, that’s all, to add something, and to elevate. Not elevate in the sense of money, elevating in the sense of content, without consumerism and capitalization.

For some time, we had a visitor who seemed to be very interested in our shows. He came for years, but he was always very shy. He comes in, looks around, and suddenly leaves — very fast.

One day — I think it was in the fifth year — he came and finally spoke to me. He said, “Mr. Kienzle, I don’t understand what you’re doing.”

I was shocked, because he’s been coming for five years looking at work. 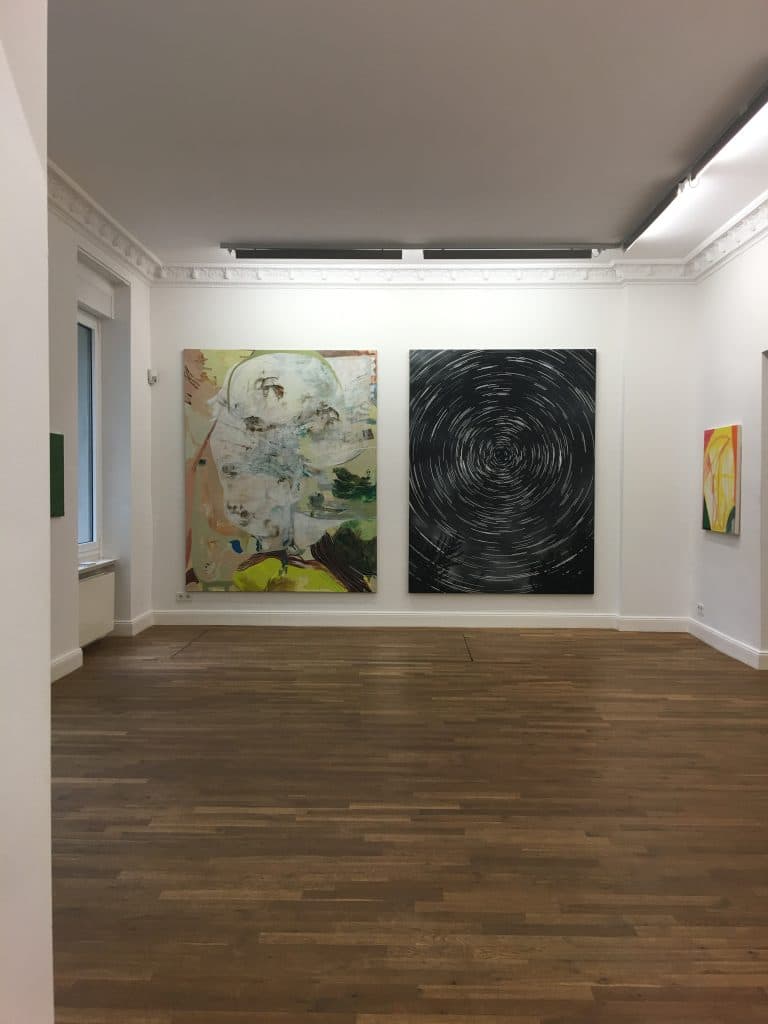 “Okay. That’s a pity,” I said, “because I want people to understand art.” Then, he said, “Yes, I don’t understand anything, but when I’m going home, I’m thinking about it.” He discovered something new. He felt it.

This was the reason I gave up the gallery [I used to own]; it doesn’t make sense to follow a commercial objective. It’s not only money that counts; you have another value, too, a moral value. That is what drives me because we have to debate and we have to make clear that culture is part of our life. It shows where you are coming from. It’s a very essential part in our life.

Cavuspace is dedicated to present alternative positions of thinkers and makers in the art realm. The organization champions collaboration between different disciplines to move from society to community and fuels the power of a collective consciousness.

We Launched an Accredited University Program!