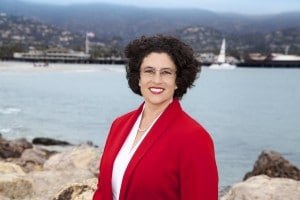 Helene Schneider is the current Mayor of Santa Barbara.

Why are you running for Congress?

Washington is broken. The dysfunction and political stalemates are halting and damaging progress, and the American people deserve more common sense solutions to our nation’s growing problems. That is why I am running for Congress, to fix Washington and deliver results to communities across America. As the chief executive of a major city, I have the experience and ability to work with others of different backgrounds and have brought together Republicans and Democrats to bring solutions to Santa Barbara. Serving as the Mayor of Santa Barbara uniquely positions me to be a coalition-builder in Washington in order to tackle some of our nation’s most pressing challenges. In Congress, I’ll work to create more jobs, protect our environment, invest more in local schools, enact tougher gun safety laws, protect emergency services during touch budgetary times, promote equal pay for women and protect the right to choose. And I will do so by breaking through the dysfunction and gridlock in order to get things done for local Central Coast families. 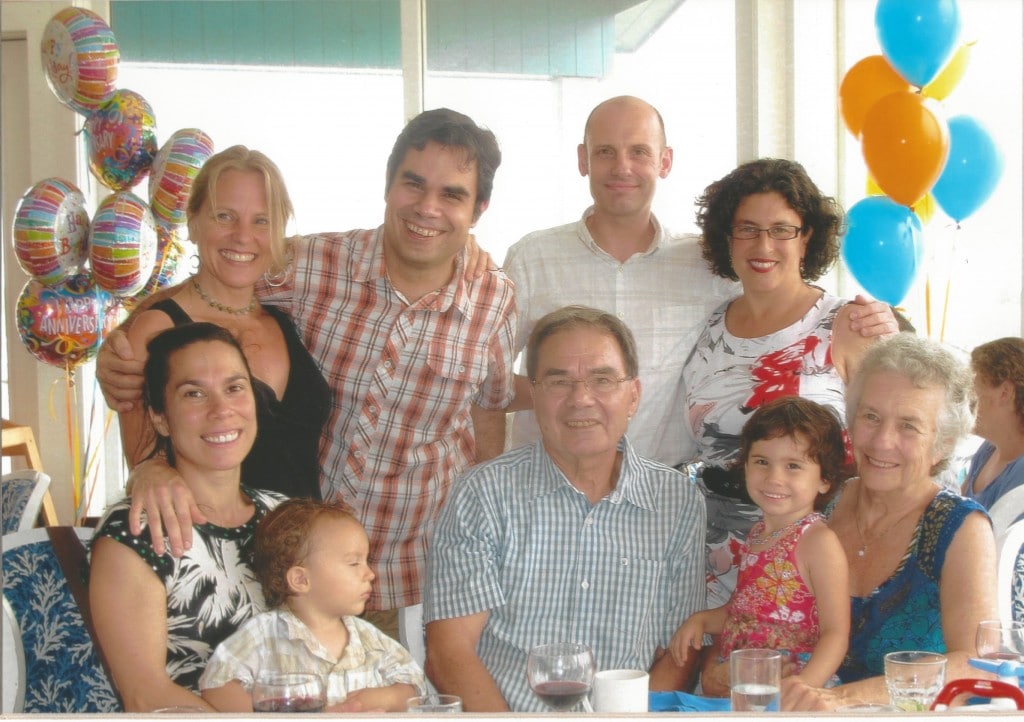 I am the only local Mayor running for Congress in this district.

Day after day, I’ve provided the leadership and made the decisions that have helped to create jobs and build a strong economy, invest in police and fire services, improve local infrastructure, protect the environment and address the drought, and weathered the recession without sending any city workers to the unemployment line.

I protected programs for at-risk youth, even during the recession, including nutrition programs and after-school activities. And I did it by putting the interests of voters of the Central Coast first, and bringing together Democrats, Independents and Republicans to get things done. I’m running for Congress to bring the perspective of a can-do Mayor and outsider to Congress and take on Washington’s entrenched political establishment, to break through the dysfunction and gridlock in order to get things done for local Central Coast families.

My priorities are simple. I plan to pursue an agenda that focuses on helping Californians reach their full potential by creating more good paying jobs, growing the middle class, advancing more progressive environmental protection policies, investing in our infrastructure and education, defending Medicare and Social Security, and ensuring equal pay for equal work for all Americans. 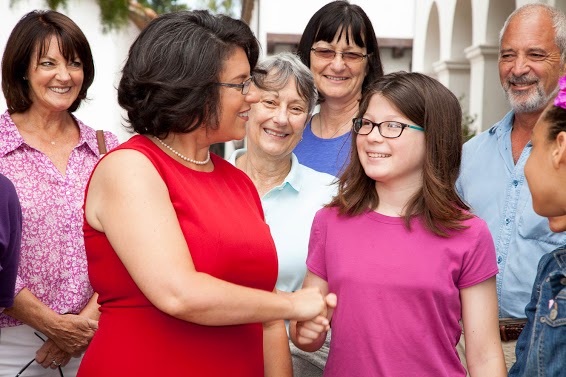 My top priorities are as follows:

Government isn’t working. Washington is dysfunctional and failing the American people. We need leaders who stand up to the status quo and make government work again. It is time to reach across the aisle to find common sense solutions to our nation’s growing problems. In order to do so, I will use my executive experience as Mayor of Santa Barbara to bring together ideas from both parties to develop platforms and pragmatic policies that address our pressing needs. This includes providing a world-class education system to our children, protecting emergency services during difficult budgetary times, and prioritizing our communities over big businesses and Wall Street.

As long as our economy is based on fossil fuels, spills from Santa Barbara to the Gulf of Mexico will continue to occur. We must end our addiction to oil and grow an economy based on clean and renewable energy sources. As Mayor, I have a proven record of leading by example in creating a sustainable organization: greenhouse gas emissions from City facilities and fleet are 10% lower than 1990 emissions; natural gas usage in City facilities have decreased to its lowest levels since 2002; using a fuel cell we’re converting the methane gas created at the wastewater treatment plant into electricity that powers the plant; and a more energy efficient use has saved almost $500,000 per year in electricity costs. In Congress, I’ll work to advance common sense policies that help get us there on a national level. Using California’s landmark AB32 as a national model, I’ll strive to toughen mileage standards, invest more in and promote clean technologies like wind, solar, electric cars, and cutting edge oil alternatives like biofuel and hydrogen fuel, and more.

Protecting open spaces and wildlife corridors are also paramount. As a City leader, I fought against sprawling development and advocated for expanded parkland. I am a fierce advocate towards preserving open spaces, such as the Gaviota Coast, and promoting and protecting healthy National Marine Life Sanctuary areas.

In the year 2015, women are still struggling for full equality, whether it’s in the workplace, in their paychecks— or over their own decision-making about their healthcare. This Congress has actually been turning back the clock on women’s rights, not forward. The best way to fight back against this extremist agenda is to elect more women to Congress who will work to protect our rights and advance equality for women and girls.

Having worked at Planned Parenthood for over a decade, women’s rights and access to health care are paramount issues for me. Women should be able to make reproductive health care-related decisions in consultation with their medical provider and family — they shouldn’t be dictated by Washington’s extremist politicians. Congress needs to stop restricting women’s reproductive health, and finally— once and for all— give women unequivocal equality in America: on issues regarding their own body, on issues in the workplace like equal pay for equal work, and much more.

While I support the Affordable Care Act (ACA) and believe it’s lightyears ahead of our previously broken health care system— the fact is that it’s far from perfect. Still too many Americans go without healthcare and the new system has some flaws that need to be worked out. Ultimately, I believe America should get to a universal healthcare system where everyone is covered. In Congress, I plan to work hard to improve the ACA by increasing access to quality healthcare for all Americans.

The future of our country relies on the investment in the education of our youth. Our children deserve access to a high-quality and world-class education, that includes smaller classroom sizes, top-notch teachers, and access to cutting-edge technology. We must also strive to ensure that we give students the personalized attention they need and provide an engaging learning environment. A full well-rounded education includes access to higher education. All students, regardless of their income level or socioeconomic background deserve access to higher education. We need to address our student loan debt crisis to prevent students from being crushed by debt after college. I also support improving the California Community College system and taking steps to make it free as President Obama has proposed. I also agree with the fact that college isn’t for everyone. We need to give opportunity to those who decide not to pursue higher education by increasing job-training and workforce development opportunities and apprenticeship programs so youth are prepared and successful in their careers. I firmly believe an educated workforce will propel the United States’ status as a global economic leader in the 21st century.

For far too long the United States has dealt with senseless acts of gun violence that can and should be prevented by the implementation of tougher laws that aim to curb gun violence. As Mayor of Santa Barbara, I have worked closely with the Santa Barbara Police Department and the Coalition Against Gun Violence on gun buy-back events, as a member of Mayors Against Illegal Guns, and I have consistently supported common sense gun legislation in California and nationally. Unfortunately, in recent years Congress has lacked any meaningful action when it comes to instituting tougher gun control policies. That’s why in Washington, I will work to advance smart gun violence prevention policies like a ban on assault weapons, universal background checks, bans on military-style high-capacity magazines, requirements so that trigger locks are sold with every weapon, mandated background checks for gun store employees, among others so that we can enhance neighborhood security in communities across America. I am the only candidate who has developed a comprehensive plan to prevent gun violence, which included a revolutionary 10 million dollar federal gun buy-back program. To read Schneider’s plan click here.

The heavy-handed tactics and insider power-plays all directed and led by the Washington establishment and big monied interests aim to take power away from the people and put it in the hands of the few. It’s why Washington has become a toxic environment fueled and sustained by partisan bickering and stalemates. That’s why I’m running an insurgent campaign that’s people-powered, issue-focused and driven by the grassroots. Our campaign’s message echoes the growing calls for a major overhaul of Washington, change from the status quo and its rigged system, a new kind of politics that truly reflects the issues, ideas and priorities of the American people – not of the Washington establishment. For these reasons and many more, we’re going to continue working hard and building up our grassroots campaign to take on Washington so that we can finally make a government of, for and by the people of the United States, and of course, the people of the 24th district.

Schneider was first elected to the Santa Barbara City Council in 2003 and is currently serving a second term as Mayor of Santa Barbara. Prior to serving on the Council, and has served as the Commissioner for the Housing Authority of the City of Santa Barbara.

As a longtime Central Coast resident, she has developed deep roots and close connections to the 24th Congressional district’s many individually diverse and beautiful communities.