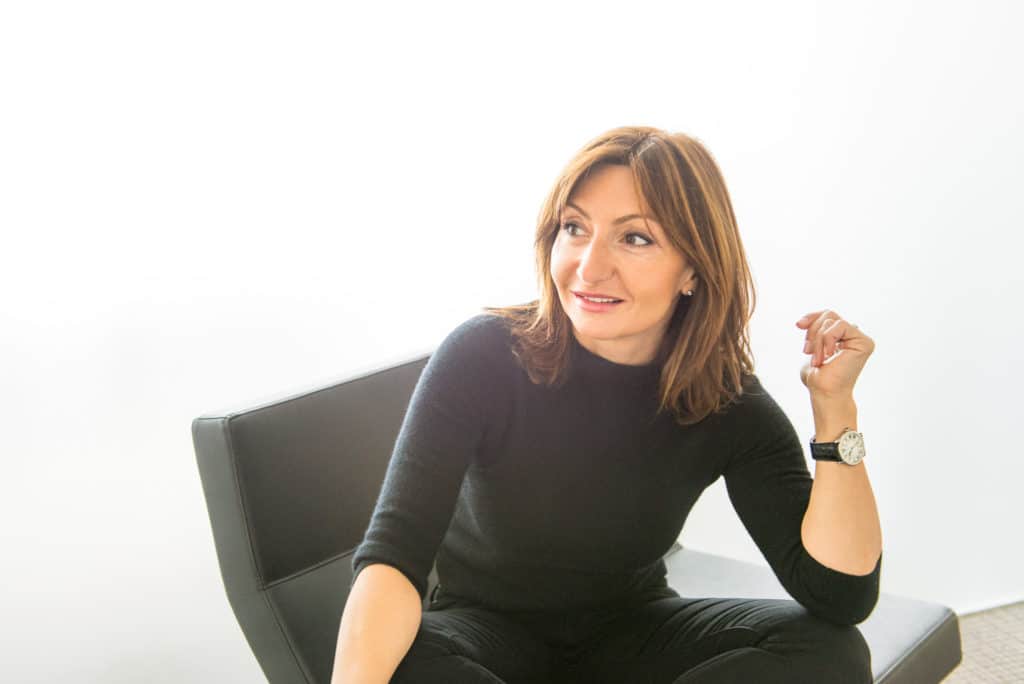 Milena Adamian, M.D., One of the 200 Venture Capitalists in the United States.

Dr. Milena G. Adamian, M.D., Ph.D., serves as the Founder and the Managing Partner at Azimuth Ventures. Dr. Adamian is also the Founder and Executive Director of Life Sciences Angel Network where she focuses on the early stage investing in medical devices and healthcare information technology and education of entrepreneurs and investors.

impactmania visited Azimuth Venture in Midtown, New York, where Milena spoke about being a woman in venture capital and why and how a cardiologist went into founding a fund.

Why healthcare and venture capital?

Investments in healthcare are very unique. There is a satisfaction that comes from the fact that you invest in companies addressing a specific medical problem or trying to improve an access or delivery of care on a large scale and more efficient manner. There is a dual satisfaction or as my venture colleagues would say “multiple shots on goal”. The physician in me is happy since the end goal is to bring a meaningful difference to people’s wellbeing and quality of life while at the same time, I am eager to perform as an investor. There is a term that emerged recently called “impact investing”. Healthcare investing is THAT.

You are only the second woman venture capitalist I have met.

There are not many of us, but… I don’t like being in a specific “box” — “woman, immigrant, physician turned investor”. I want to make sure that my professional qualities come across first. The fact is I’m a woman, you can’t deny that. [Laughs.] Men and women do have different styles and I think that helps.

What are the different styles?

Women are often multitaskers, problem solvers, and creative forces of nature versus destructive ones. This is the way evolution worked. I want to get shit done and win in the long run instead of trying to muscle wrestle, saying, “I’m right” and claim a victory. Sometimes you need to do both.

What were some of the challenges in making the transition from being a cardiologist to a venture capitalist?

To me, every challenge is an opportunity, an opportunity to learn, to expand the horizon, whether it is professional or personal. I made that transition because I really wanted to. When I was practicing, I had no idea what venture capitalists were.

At a very early professional age as a cardiologist, I was very fortunate to be trained by the best of the best in my field. We had very innovative companies: startups or medical device giants, in our catheterization lab. They would discuss new products and perform the most innovative clinical trials. And so, you’re integrated in that entire workflow and you feel this adrenaline rush all the time.

Then there was a call from Boston Scientific asking if I wanted to join them as a Medical Director. They were working on a revolutionary product. This was definitely an opportunity to learn and make an impact on a much bigger scale. I loved practicing medicine and if I have to restart my career, I would still go to medical school.

One of the important lessons learned and challenges that I overcame while at Boston Scientific was an understanding that it takes quite a few people to build something. It was business training for a physician on top of everything else.

Usually, a physician is not a team player. You take the responsibility, you take the blame, and you take the success. A famous proverb, “It takes a village to raise a child” was exactly about that period of my professional life.

Then I was an equity analyst at Lehman Brothers, part of a team covering med tech, medical devices, and supplies. I learned that when you get excited about the product and technology, you have to think about the company as a business. It might be an amazing technology but it’s not a sustainable business because there is either no market, or the market is too small, or the management team is not good enough.

By the time I arrived to venture, which was in 2007, I had a well-rounded perspective on how you look at a company. What matters, what doesn’t, what you should be focused on, and what you shouldn’t be emphasizing.

What has been a surprising learning in building your own venture fund?

In terms of building a fund, you’re talking about the operational aspect of it. From the necessary relationships with your investors to the not so exciting parts such as filings and paperwork. These are investment aspects that eventually will define you as an investor. This includes positioning yourself as an investor interesting enough for entrepreneurs you are teaming up with, doing due diligence on the company, being disciplined about your investment decisions, investment allocations, and syndicates.

It was pretty much a one-woman show.

In short, always trust your gut and be disciplined. Those were two key things that I would always use — this with experience and looking at repeated patterns.

How do you typically assess the importance of the timing, team, and trinket the startups are bringing to the market?

I invest early. The two things that are critical for me: one is team and second is market, not necessarily in that order but equally important. I can’t emphasize enough about how much the team matters. Because if you look at the classic formula, you would assess four key components – market, product, team, and deal.

Product is most likely going to change or will be modified because you are investing early. The deal is something you can agree on and if you can’t, then there’s a problem.

But…the market has to be there and a team has to be the one to take it to the right direction when a course correction is required.

How many companies have you invested in?

I have invested in 13 companies over the course of the last six years. We look at 600 plus companies annually. We end up investing in two or three. The bar is very high and I have a network of the best people in my industry.

In the last five years, there have been a lot of non-healthcare investors pouring money in healthcare. There has been a delusion of the technology-enabled health care solutions. A little app is not what healthcare investment is about, neither it is about a techie walking into a conservative and complex healthcare world and crushing it. Not going to happen. Those great fresh approaches should mesh with the existing healthcare framework.

Improving either access or delivery of health care involves time and process/product modification. It cannot be easily done or implemented without fully understanding current standard of care, legacy processes, or relationships.

A lot of people have cut their teeth on healthcare and there will be more of that. I would say, “Naive money flooded that area — now, the industry has matured.” 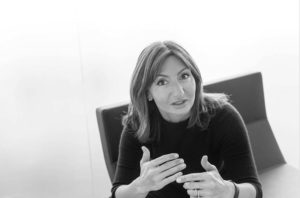 Milena Adamian at her office in New York, NY.

What would you say to entrepreneurs?

Never give up and keep learning. I never give up, not even on the second time my head hits the wall. Then you go around it and find a way to make it work. Every experience, even a failure is an experience to learn from, right?

Learn as much about the subject that you’re trying to create. Entrepreneurs sometimes think that things miraculously are going to come together. It doesn’t work this way. It does take knowledge of the subject and will power saying, “We’re going to make it work.”

The other important thing is never forgetting the balance in your life. It will work against you if you lose that. I know people who are saying, “I slept four and a half hours each night.”

It’s going to affect either your health or your personal relationships. So do not exclude “me time” or life-work balance from the equation because it is a critical component of how well things on a professional level are going to work out, specifically, for women.

You don’t have to give up on your career because you have a family and a partner, but allocating enough quality time with your loved ones is the reason you are doing all these. When you are 90 years old, what you’re going to remember is not how many deals you’ve done and those that you missed. It’s about those unique moments with your family or whoever matters for you personally.

A special advice for women: Don’t try to mimic men – they all look the same and most of them try to mimic each other. We have our advantages of being who we are. We always make a difference when we walk into a boardroom. We do have different working styles, different approaches, and we look so much better than most of these guys! [Laughs.]

I was a venture partner in one of the funds. Once I was told after a meeting, “Milena, that was good but … when you speak with companies, try not to smile that much. Because women are already not taken seriously in this industry.”

I left and my first reaction was, “f**k you.” I’m smiling because that’s my personality, it does not take away my brain. It is ok to look human — entrepreneurs like that, and, clearly I am who I am. Second, go and try to tell the same to your other male partner whose face expresses nothing. Really? This is what makes one to be “taken seriously”?

First, my parents. I grew up in a very happy family. My parents always said that I should strive for the best.

Then, this is my story coming to the United States.

I had a choice to stay in Milan or come to New York. My dad said, “Why not? If you don’t like it, you can always go back.” That’s what I did. It was a very hard decision for me because I love Milan. I feel at home there. Then I came to the U.S.; I had to build my life all over again.

Then, the third person, in investments and venture that has been very inspiring is Esther Dyson. She has been investing for a long time and has always been ahead of her time seeing where the trends are, what is next. She usually invests very early, and is being sought out by everyone: tech guys and healthcare guys for her pearls of wisdom and long-term outlook.

Tell me how Esther Dyson has impacted you.

When I was starting the fund, I was at one of the meetings where she was. Esther was passing by in the hallway and caught one word of my conversation: “healthcare”. She stops and says, “What about healthcare?” I said, “I focus on healthcare. I’m planning a fund.” She was incredibly supportive. To get a nod from her, “This is a great thing to do” was great. She became my go-to person in crisis times. Esther continues to be one of the most impactful people in my life.

What are you not good at?

No, I am a control freak and a perfectionist and it’s a problem. [Laughs.] This is my definite shortcoming. The second thing I’m not good at, I have very little tolerance for non-intelligent people. For that reason, I would rather work with someone who is much smarter and stronger than me. I don’t need to bring in someone junior and make sure that he feels that he’s junior. I actually want someone who I can learn from. The moment I stop learning, I’m no longer interested.

I would do it again.