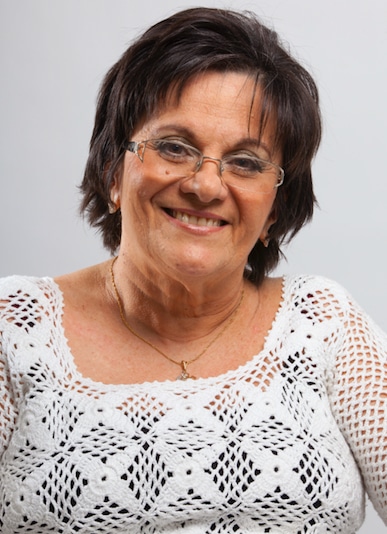 “I believe this is time of the woman. We understand how strong we are; united we are even stronger.”

Shot by her husband, Brazilian biopharmacist Maria da Penha sustained injuries that left her paraplegic. She subsequently fought for a law to increase the severity of sentences for domestic violence, which resulted in a Federal Brazilian Law 11340 . The law was passed in August 2006 and named the Maria da Penha Law in her honor. In an exclusive interview, Ricardo Gandour, journalism director at Central Brasileira de Notícias (CBN or Brazilian News Center), a nationwide radio network in Brazil, spoke with Maria da Penha for impactmania about machismo, gender equality, domestic violence, and activism.

Good afternoon, Mrs. Maria da Penha. My name is Ricardo Gandour. I am a contributor and member of the impactmania website, a platform based in the United States that interviews and connects people who work on social impact in the world. Fabiana Acosta and Paksy Plackis-Cheng are also on the call from California, USA. It is a pleasure to speak with you. Thank you for this interview.

What is your opinion on the changes in women’s rights since the Maria da Penha Law passed in Brazil on August 7, 2006?

Before we start I would like to thank you for this opportunity.

I am disappointed in how much hasn’t changed. It could have changed a lot more. The machismo culture in the government and public entities has prevented the full implementation of the Law.

When you mentioned “machismo” in the public sector, do you believe the reason for this is that mostly men occupy public offices?

Yes, as we could imagine since men occupy most public offices. For example, if the government representatives know that the domestic violence is more intense during weekends and after work, when there is a higher consumption of alcohol and consequently more violence, why isn’t the Delegacia da Mulher, police station designated to domestic violence crimes, opened during weekends and nights?

Is this in some Brazilian states or in the entire country?

The majority of the states don’t have the Delegacia da Mulher open during weekends and nights.

The Maria da Penha Law passed in 2006. Only since 2013 has the law worked properly, with public entities giving their support in the capitals of Brazilian states.

The law should be working not only in the big cities, but also in the small cities in the entire country.

You consider the situation of the Brazilian women today improved, but it could have changed a lot more?

Yes, it could be a lot better. For example, Fortaleza, the state capital of Ceará, located in Northeastern Brazil, has two and half million residents and only one Delegacia da Mulher. This police station doesn’t have the bandwidth to receive and investigate all complaints.

In regard to smaller cities, if it is not possible to implement the public support necessary, the government should organize its support similar to the health system, with small operational nucleus covering a complete support to the region.

What were your biggest challenges for the law to pass and become reality?

It was the knowledge that something had to be done, but that was not enough to prevent violence against women. A pact was made between the federal government and the counties for the policies to be created and the law applied. It took eight years for it to be realized.

Can you compare the situation of Brazilian women to the women in other countries?

I don’t have a detailed comparison, but I am happy to learn through United Nations Entity for Gender Equality and the Empowerment of Women or UN Women, that the Maria da Penha Law is one amongst the three most important laws against domestic violence in the world.

Are you frequently contacted by people around the world, who would like to know more about your story?

Yes. We have given interviews around the world. I was invited to receive an award in Germany. I went to OAB (Ordem dos Advogados do Brasil or the Order of Attorneys of Brazil, the Brazilian Bar association) after 8 years of the creation of the law to disclose the difficulties in implementing the law in a uniform way around the country. This was in the presence of the judges who worked on this case, who judged our complaint, and who brought Brazil to change its laws in order to put a stop on the impunity of the aggressors and take women out of a difficult position in a case of domestic violence.

What would you say to a woman who lives an abusive relationship? What is the first step to stop this cycle?

First, she should be aware of her rights. It is not uncommon for the victim, especially women who live in small cities and from poor origins, not to know how to proceed. She should look up a women’s’ organization in her city and learn about her rights. In a case that she doesn’t know an organization, she should call the 180-number, a domestic violence support phone number. It is a free service that works twenty-four hours a day.

It preserves a woman’s anonymity?

Yes, the woman can talk about the problem she is going through and ask how she can get out of the situation. A victim should visit Centro de Referência da Mulher (the Reference Center for Women). It is a place where the victim can receive psychological, legal, and social help.

Can she wait to make up her mind, whether she is going to file a report or not. Is it her choice?

Correct, but she receives all the necessary orientation.

If a woman is educated and knows her rights, but she is afraid to ask—because of shame or social or work pressure—how can she ask for help?

The same way the woman from a small city should proceed. She should call the 180 number to find out about her rights and how to proceed.

If she is scared of her aggressor, she can report him, go to the police station and away from the house while he is being notified. Normally a restraining order will be placed so the aggressor will not go near the victim. In case the aggressor gets near her home or work, he will get arrested.

Could you please tell us if anyone influenced you during your process and during the time you were trying to get Maria da Penha Law to pass?

In 1983, I became a victim of domestic violence. My daughters and I were used to suffer psychological violence prior that date, but it was in 1983 that I suffered the most drastic violence. I was shot while sleeping, and I couldn’t move. In that moment I asked God to not take me and leave my daughters without a mother.

My aggressor told his version of the facts to me, to the police, and to everyone else. My aggressor said he had to fight four individuals who entered the house to rob us.

When I came back from the hospital, four months later, and kept in imprisonment by my aggressor, I suffered the second attempt on my life. I was almost electrocuted while showering. When I realized my life was at risk and the story of the robbery was made up, I asked my family for help and started the legal process to separate. At this moment my daughters and I moved to my parents’ house, and the investigation of attempt murder against my life was reopened.

The Deputy called my aggressor for another deposition. The Deputy repeated the questions made at the time I was shot and reinvestigated the case. My aggressor couldn’t remember the answers he gave in the past and fell into contradictions. The inquiry was finalized, and my aggressor was charged with attempt of murder. It took 8 years from the moment he was charged to the first trial. Eight Years! At that moment the women’s movement started to get strong in my state. I contacted them to tell my story and asked for help. They gave me very important support. I wasn’t aware of the “machismo” culture. I also learned from the group and used the knowledge to speed up my process.

My aggressor was found guilty, but he was freed using technicalities. I became very depressed; I couldn’t believe my aggressor wasn’t going to get arrested. I wanted to give up; instead I gathered all the contradictions on my case and wrote a book. I appealed the decision. The women’s group made a big campaign when my book was launched. It was at the same time my case went back into the judiciary system. Anyone who read the book knew the truth was with me.

What projects you are currently working on?

I have been giving speeches. We also created The Maria da Penha Institute in partnership with the Federal University of São Paulo.

What message would you send to Brazilian women and women around the world?

I believe this is time of the woman. We understand how strong we are; united, we are even stronger. Women are denouncing things that were considered secrets and shameful.

How did your story impact your three daughters lives?

All and all, it took nineteen years and 6 months for my aggressor to be punished. They didn’t miss their father because he mistreated them. My family helped me raise my children while I was undergoing surgeries and physical therapy. They learned a lot and work with me at the Maria da Penha Institute. Today they are happy mothers.