impactmania > Articles > Claudia Iannazzo: One of the 200 Women in Venture Capital

Claudia Iannazzo: One of the 200 Women in Venture Capital 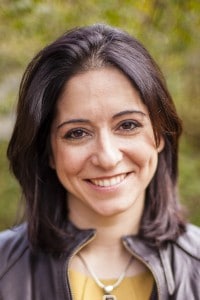 One of the 200 Women in Venture Capital

Claudia Iannazzo is one of the 200 women partners in venture capital in the United States. An impact maker in her funding and coaching of entrepreneurs, she is also committed to encouraging more women to join the industry.

Claudia, let’s set the record straight: How many women VCs are there in the U.S.?

If you count the most junior people in a venture fund, you’re probably looking at about 400 people in total. That is in an ecosystem that has more than 3,000 professionals.

What is it at the decision-making level?

At a partner level, you’re talking 150 to 200 women. And the number has declined significantly. Fifteen years ago, there were plenty more women than there are today.

What are some reasons for the decline?

It’s tricky to pinpoint exactly what’s going on. I’m working with the Capstone group at Columbia University, School of International and Public Affairs (SIPA). We’re commissioning research looking into, “Why are women leaving the industry?” I’m really looking forward to the research to see what the actual results are, but qualitatively, I think there are probably three key reasons.

To be a partner in a venture fund, you have to fundraise. It’s not an employee role. It’s a create-your-own-job role. You have to go out and raise money from other people, get them to invest in your fund. The men I see have no problem with the ask — asking for the money, networking to ask for the money. The women, I feel, are more reticent to ask their immediate network to invest in the fund. As a result, you see fewer women getting funded, therefore fewer women at the table. That can be fixed. It’s a learned skill.

Second, is the hold periods — the investment time horizon. It is like you’re getting married when you join and promise 14 years. Then if it goes well in the first couple of years, you can raise a second round, so that’s another 10 years. These are really long hold periods. Women, I think, really think about this hold period. Whereas, men go, “Well, if it doesn’t work out and we need to cut it at year four, we’ll cut it.” Women read the whole contract. When they sign on for 10 years, they are committing for 10 years, right? They’re not thinking of breaking after four.

What are you going to do about this?

In the U.S., there are a couple of key challenges. One, women in the industry don’t realize how many women VCs there are. This year, I’ve been focusing on connecting all the women in venture. I’m working with some other phenomenal women to just get us connected to each other — so we know each other, we can share info, and we can support each other.

The second thing is I’m working with a couple of groups to actually set up mentor programs. If women in the industry do not become agents for change within this industry, it’ll be hopeless. I’m working with women partners to set up mentoring schemes so that we mentor the more junior personnel to the partner table — make sure that they’ve got people they can talk to and don’t just prematurely leave the industry before they’re given those opportunities.

I want to connect investors who actually are conscious of this issue. I want to put more money into the hands of women managers. Because I think at the end of the day — I was saying this to a congressman, last June — if you just had your pension fund ask, the venture funds who come to pitch them, for money, just ask the question, “How many women partners do you have?”

If they ask that question, nonstop. I guarantee you, within two years, you will see a change in the industry. But the problem at the moment within the industry is the investors aren’t asking. They don’t stop to think about, “Okay, well, how do we increase diversity at our investing table?”

What would you say if your daughter, Siena, comes up to you and says, “I would like to be a VC?”

I’d love it. I would immediately push her into being an entrepreneur. Venture is a really great third or fourth profession for women. It’s not the profession you come in entry-level. If you’re going to be a really smart investor, you’ve got to have some bruises from having done things, whether it’s as an entrepreneur or you’ve been in a large corporation. You’ve got to understand how the rest of the world works before you can understand how an early-stage company is likely to succeed.

Then when she’s ready to kind of consider a career change, this is a phenomenal industry for women.

It’s flexible. I don’t want people to think that it’s an easy industry. But I had a baby last year. No, the world did not fall apart. My daughter came with me to work for the first couple of months because she was too young for daycare.

You live in the future. Every conversation you’re having is about where the technology is going to be in a couple of years. It’s a privilege to work with people who are this smart, whether they are entrepreneurs or younger investors that you can invest with.

I think it’s interesting, and challenging. From the work point of view, there is not a single reason why anyone would not want to be in this industry. It’s fantastic.

What advice would you have for women for getting into the industry?

There are three key qualities that I think you need, in order to be successful.

You need to be an analytical person. You have to have that discipline and desire to analyze the market — and really dig into what’s going in on the company.

The third thing is networking. To get into venture, you have to network into the venture.

They hire people that they’ve seen on the circuit or have collaborated with them at some point. Generally, the roles are never advertised. We hire from our immediate network of people that we know.

Women leaders of companies need to spend more time networking into funds. The problem is with the people with the unconscious bias. When a woman walks into the room, she’s under an unfair advantage. You actually need women check writers that they’re pitching to, who can rebalance the unconscious bias in the room.

That’s why I’m working at that end of the equation. There’s a bunch of people who are working more on investing in women-led businesses. I’m focused on getting more women partners to the investing table.

It should have happened yesterday, right? You look at other industries — investment banking — it’s not exactly where it needs to be, but it’s a lot closer.

Rather than regulation, it needs awareness of the issue.

It would solve it. Ten years. 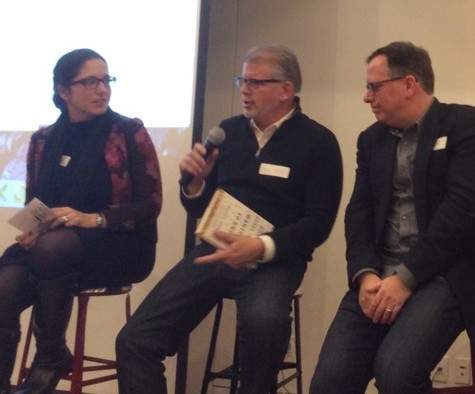 What sets a great entrepreneur apart from others?

What you’re looking for is the entrepreneur that can build a team of rock stars around them. You need entrepreneurs who… they hit a roadblock, they don’t fall apart.

It’s a really unique intersection of skills that you’re looking for. We pass on great entrepreneurs all the time. The fact that we’ve passed on an entrepreneur doesn’t mean they’re not a fantastic entrepreneur; it’s just that in the moment, we didn’t see that intersection.

That fault may be ours; it’s not necessarily the entrepreneurs and their pitch. We might be distracted; we might be in the middle of due diligence. It might be in a space that we’re just not very knowledgeable of.

Who is one of your favorite impact makers — someone who has made an imprint on your professional DNA?

When I became an attorney at Baker & McKenzie — by the way, that shoe did not fit — it wasn’t the right long-term solution for me. But I went to work for this fantastic guy, David Jacobs, in Sydney.

David was the first manager I ever had. He was phenomenal. He took the time to groom me and to school me. He was not easy to work for. He was incredibly demanding, incredibly insightful [on] how to improve what you do — not just what you do but how you do it.

It took me years to realize that he was the exception. Sometimes in your career, you’ll only meet one mentor.

Wiggly. You’ve got two points, and you’re trying to get between point A and point B; it is not a straight line. It has just meandered and gotten inside out and sometimes back. It’s like a giant pool of string.

This has not been a journey that I anticipated. In hindsight, every single step on that journey has actually informed how I invest today. It’s an incredibly rich journey I’m grateful for having.

Claudia Iannazzo, Partner at Pereg Ventures, has facilitated more than $10 billion of acquisitions, divestments, IPOs, alliances, and partnerships for public companies and new ventures around the globe. Having started her first company in her undergraduate years at university, Iannazzo has continued to work with entrepreneurs throughout a 15-year career spanning five continents.