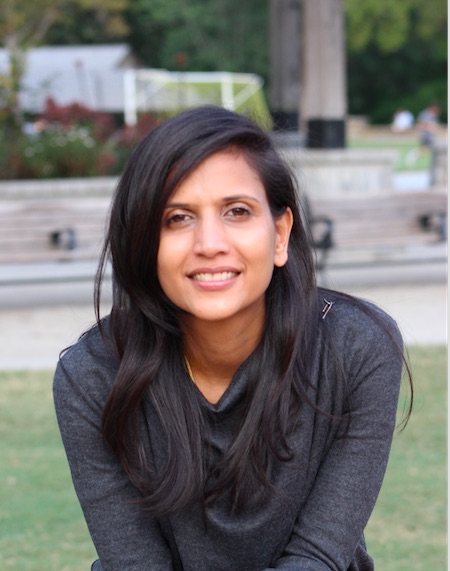 NK Chaudhary (NKC) started Jaipur Rugs almost 40 years ago with 9 weavers working on two looms. Today, the company is working with 40,000 artisans across 700 villages in India.

NKC’s eldest daughter, Asha Chaudhary, is the President/CEO of Jaipur Living. Today, the company with its headquarters in the U.S. distributes floor covering and other home textiles to 40+ countries.

Asha Chaudhary spoke about being the only woman CEO in the rugs business, doubling the company’s revenue, and how she safeguards her father’s business that he started in his home the year she was born.

Asha, you literally grew up with the business, you were born the year your father started Jaipur Rugs. Were you exposed to the tough times your father experienced while building the business?

It was quite radical that dad worked with some of the most marginalized people in India, the untouchables. We came from a very conservative family background and he went against the grain of my grandparents and said, “These are the people I’m working with and supporting.” So we led isolated lives growing up as far as rest of the family was concerned. There was nobody there to support him or believe in what he was doing. But I felt that mom was a big supporter of dad and the way he worked. It gave us kids the values that we’re truly grateful for today.

The values I inherited — the love, the compassion, the empathy that dad felt for people and his concern for treating them properly — is because I grew up in the culture that he inculcated in our house and all around him. We all feel a tremendous sense of — I don’t know the right word — that we need to do right by our dad because of everything he went through in his life, and all of the hard work he had to do in order to get to where he is.

What has been a surprise learning as you are building the business in the U.S.?

One of the biggest surprises is how many things have to come together to be a successful business; it’s not just one thing that matters, it’s everything: people, process, culture, customers… You have to be very strategic, and at the same time, you have to build all of these things at the same time. It takes a whole team, and it takes a village to really do something well.

Could you give an example of how the market has changed since your father started the business? What are some of the things you’ve had to do differently?

When dad started, he was very successful because he worked directly with the artisans so he could get the best quality. He gave the products to other people in India who sold them overseas. As he grew and learned and extended his production capabilities, he took over selling the products to U.S. and global buyers. But we had a huge void in terms of marketing and the customer base. At that time, dad was probably making maybe three designs and three different color ways. But in the U.S., rugs started becoming a much more fashion-oriented business, it was a huge shift. People wanted something new, they wanted different designs and different aesthetics. What that meant was that if we weren’t connected to the consumer and what they were buying and how they were changing, it would be really hard for the manufacturing side to survive. We went through a very tough time in early 2000 because we didn’t have the customer input.

What was a first step that you took to turn this around?

The first thing I did was to get a very good understanding of what we currently had that was selling and then what the needs of the market were. I made sure that there was going to be a demand for anything we were putting in production.

It was this first step that gave me my passion for product. I would say that if you asked me as a president/CEO what part of the business I love, it’s the beautiful aesthetics and design. I think that’s where my understanding started, and it gave me a route into the business.

Your designs have changed dramatically; some have even won awards.

Absolutely, we’ve really innovated in the design world. We got the two awards from the German Design Award. We’re co-creating some beautiful things with our artisans; I’m giving them freedom to design. We have strong design teams in India and the U.S. and if you ask our customers, what is the one thing that stands out in a Jaipur Rugs versus one by our competitors, they’ll tell you it’s the aesthetics and the designs. 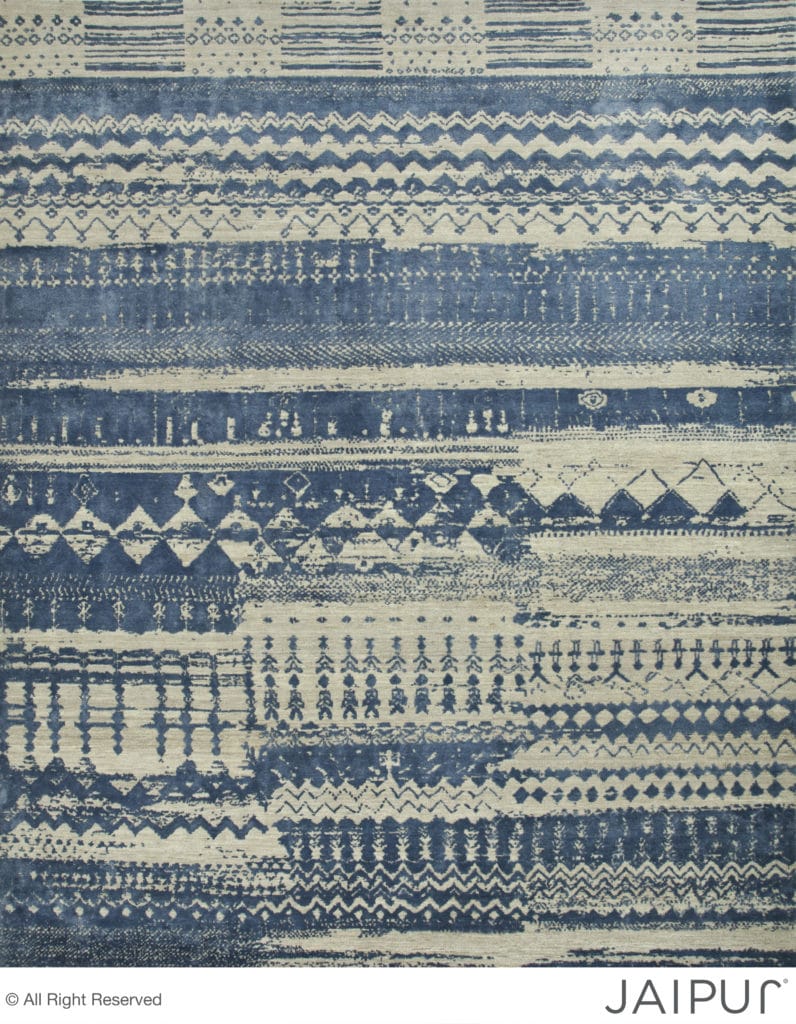 The German Design Award winning carpet: “Anthar” – Differences. The misaligned pattern on the bottom is caused by disagreement between the three weavers working on the rug. A resolution at the top of the carpet as the weavers overcome their differences.

You’ve set out to double the company’s revenue, what directions have you taken to meet this objective?

First, we worked hard over the last year and a half to have the right management team in place to execute our goals. We have a very strong team of people, and without that, it’s not an easy task. Second, we had to really understand what our focus would be for the next five years and how we are going to get there. That’s something that the team have been working on over the last five, six months; we’re defining a very clear plan and then making sure everybody in the company understands it so we can all be on the same bus.

It’s the clarity of the core principles, what dad calls the Founder’s Mentality. Dad’s principles are about empathy, looking at people as human beings, and treating them like human beings. It’s taking the principles he used to build the business and making sure they are communicated clearly so they define everything we do.

I would say the one thing that’s been difficult over the years has been making sure that we’re hiring the right people. It’s not always easy to tell who is going to share our values across all different levels and who will not. I’ve made a ton of hiring mistakes and I’ve learned a lot.  We need to make sure that, as we move forward, we’re bringing in like-minded people who are going to carry on the tradition that dad’s already built and grow it.

What’s an important thing you learned about hiring?

I’ve learned that, even though the basics need to be there, it’s really about understanding who that person is: What are their values; what are their attitudes that ultimately drives performance? If they have the right attitude, if they’re open to learning and they’re collaborative — all the things that are key to our culture — that the technical skills are something we can help them grow into. But it’s very hard to teach those other things. You’ve really got to hire for attitude instead of hiring for technical expertise.

We always ask our interviewees to talk about someone who left an imprint on their professional DNA. For you, it’s pretty clear that’s your father. Is there anyone else who has impacted you as a leader?

Yeah, I’m a member of entrepreneurial organization Young Presidents Organization (YPO) and Entrepreneurs Organization (EO). I call them my extended family. People such as Scott Wise and Zahir Palanpur act as my mentors, my advisors. Any time I have a question, they are a great group for me to reach out to. I trust their opinion.

Then I have to give credit to my husband because my schedule is not an easy one; I travel a lot so it’s hard to find the time and sometimes the balance is not there. He’s been very supportive of everything I do, and has always told me to work harder. It would be hard if I didn’t his support also.

Do you think women bring different qualities to the job of CEO than men do?

I think women truly understand some of the challenges that others are going through; I think it’s easier for them be able to empathize. If you look at the Fortune 1000 companies there’s still such a big gap between men and women.

I’ll tell you, I’m the only woman in the rug business in the U.S., it’s a completely male-dominated industry. Sometimes I feel alone because some people look at me as not the right profile of the person they had in mind. And then a lot of times customers come to me and say they didn’t know there could be a young woman CEO in the rug business, or a CEO who is 5’3″ and tiny. [Laughs.] The fact that we, women, are still building our place in this world and have all of these other expectations outside of working in terms of running a family, I think it just helps us empathize with, and support other women.

Any insight for other young entrepreneurs?

I would say that as an entrepreneur, the first and most important thing is that you have to be really passionate about what it is that you’re doing because it’s not easy. If you don’t love what you’re doing, don’t do it.

Secondly, there are several times in the journey of an entrepreneur — because it’s not an easy one — that you want to give up, stay committed to it and work hard. Don’t give up.