This exhibition is complemented with a panel discussion on July 19th that includes women featured in the book from eight U.S. Cities and five Continents! 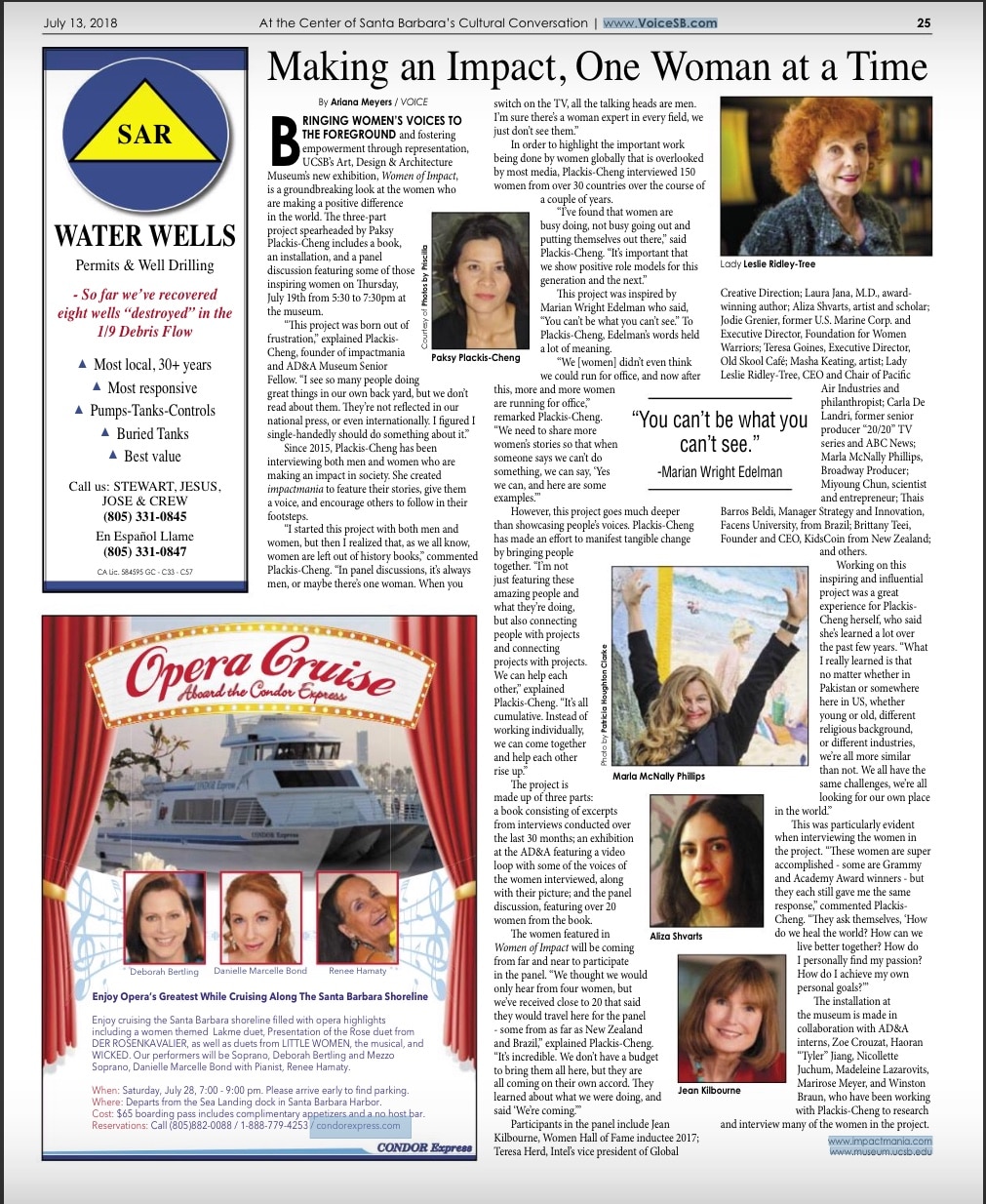 Women of Impact in The Voice Magazine. Article by Ariana Meyers.