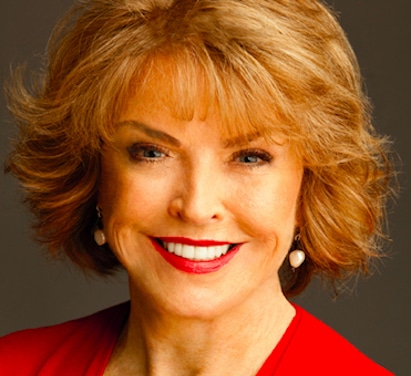 We are beyond thrilled! Women of Impact’s foreword is written by media pioneer, Pat Mitchell, first female president and CEO of PBS! The co-curator of TED Women has recently been appointed by a bi-partisan commission to establish the American Women’s History Museum in Washington D.C.!

When I learned about Paksy Plackis-Cheng, I knew I had found a like-minded colleague. Paksy’s impactmania share my core values and personal mission of recognizing and celebrating women whose work and stories deserve greater acknowledgement and appreciation: women with impact, whose legacies should be held as models for future generations.

By creating Women of Impact, a project designed to make global women leaders better known and more visible, Paksy and her team join the vast web of women and men determined to bring balance to the media and historical record. Most importantly, Women of Impact encourages generations of women to join us and to continue the vital work of revealing the power and potential within every woman.

I spent my career challenging and remain committed to upending the status quo for women in media and business. I gently yet persistently work to ensure that women and girls are heard, that their lives, voices, stories, and opinions are respected and represented. Most importantly, I want to recognize the accomplishments of women across every sector of our lives and work. Women transform the world. They are the leaders of change. Without initiatives like Women of Impact, women’s challenges and achievements are forgotten; their stories are lost, and the accomplishments of women go unacknowledged and uncelebrated for the future. As one of the global sisterhood of women leaders famously said, “You cannot be what you cannot see.”

When I left my last titled leadership position as CEO of the Paley Center for Media, I gratefully seized the freedom of this departure to pursue projects that best align with my personal mission of promoting gender equality in the world. This core value is built on not just leveling the playing field so that real equality becomes the norm, but changing the playing field.

As a young girl growing up in the rural South in the fifties, what I could see in terms of opportunities or options was limited. Like all of us who dream big, who take risks to break through barriers and expectations, and who find mentors and role models along our journey, I pursued my goals with passion and purpose. I now often reflect on the lessons I learned from a path in life that was not always clear or easy, and I am deeply motivated to pass along my experiences by sharing my story and the stories of others.

A touchstone for all my media work as a journalist, documentary filmmaker, news correspondent, and media executive and leader is to use the authority of media to further empower and to create opportunities for other women. One of the most powerful ways we move towards full equality is to promote and to advocate for each other. This helps all women and girls achieve their dreams and ambitions, to fulfill their potential.

Through my work with women activists and leaders all over the world and as the founder and curator of the TEDWomen conference, I have had the privilege—and the responsibility—to connect a global community of women. Sharing women’s stories and honoring their accomplishments in the spirit of Women of Impact is an important step to empower every girl to see and to become all she can be: a woman of impact.

Pat Mitchell is known for her leadership in the media industry and for using media as a force for social change, with a special emphasis on the representation of women’s voices and stories.
The first woman President and CEO of PBS, she most recently served as president and CEO of the Paley Center for Media; she is now a Senior Advisor to the organization. Mitchell is also the former President of CNN Productions, where she executive produced hundreds of documentaries and specials, which received 35 Emmy Awards and 5 Peabody Awards.

Inducted into the Broadcasting and Cable Hall of Fame in 2009, she was named one of the Most Powerful Women in Hollywood by Hollywood Reporter and featured in Fast Company’s “The League of Extraordinary Women: 60 Influencers Who Are Changing the World.”

Pat Mitchell currently advises foundations and corporations on issues of women’s empowerment and leadership development as well as media and governance. She is the Chair of the Women’s Media Center and Sundance Institute boards, a founding board member of V-Day, a member of the board of the Acumen Fund, and a member of the Council on Foreign Relations. Mitchell partners with the TED organization to co-curate and host an annual global TEDWomen conference. She was recently appointed to a bi-partisan commission to establish an American Museum of Women’s History in Washington, D.C.


impactmania’s Women of Impact book will be available July 19th, 2018. It features 130+ interviews with women from 30+ countries. The project consists of the book, museum exhibition, and panel discussions in multiple cities/countries.