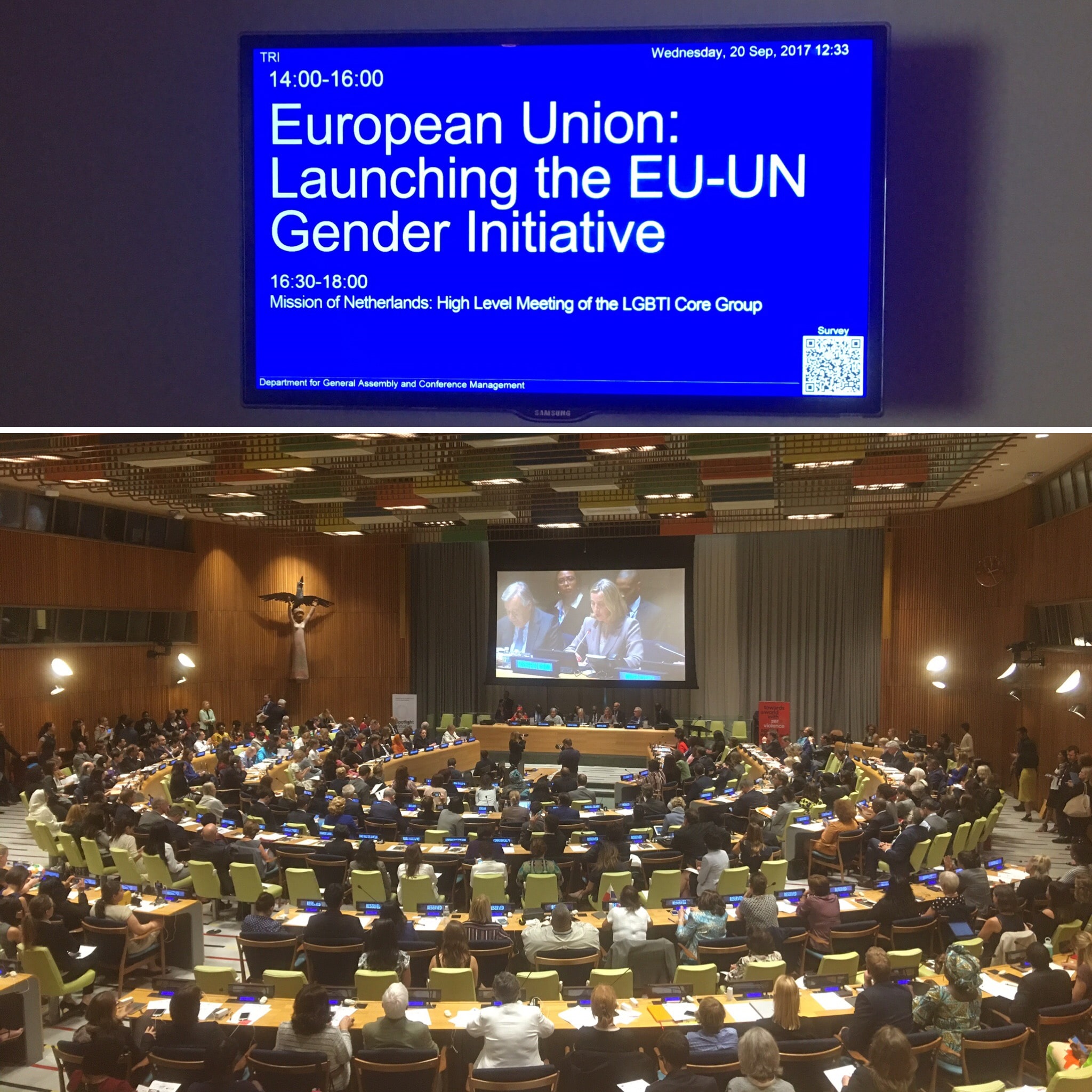 High-Level Event of the European Union (EU) and the United Nations (UN). The EU and UN held an official launch of the Spotlight Initiative to eliminate gender violence.

United Nations Secretary General, António Guterres and Federica Mogherini, High Representative of the European Union kicked off the event. With speaker Michelle Bachelet, President of Chile who said that if women do well, their husbands, children do well, and the whole community does well; Malala, youngest Nobel Peace Prize winner, and her father, Ziauddin Yousafzai were speaking about the importance of education to help counter gender violence. In attendance also: Ashley Judd, Gloria Steinem (who said that this was not a side-event, but the main event!), and Priyanka Chopra. 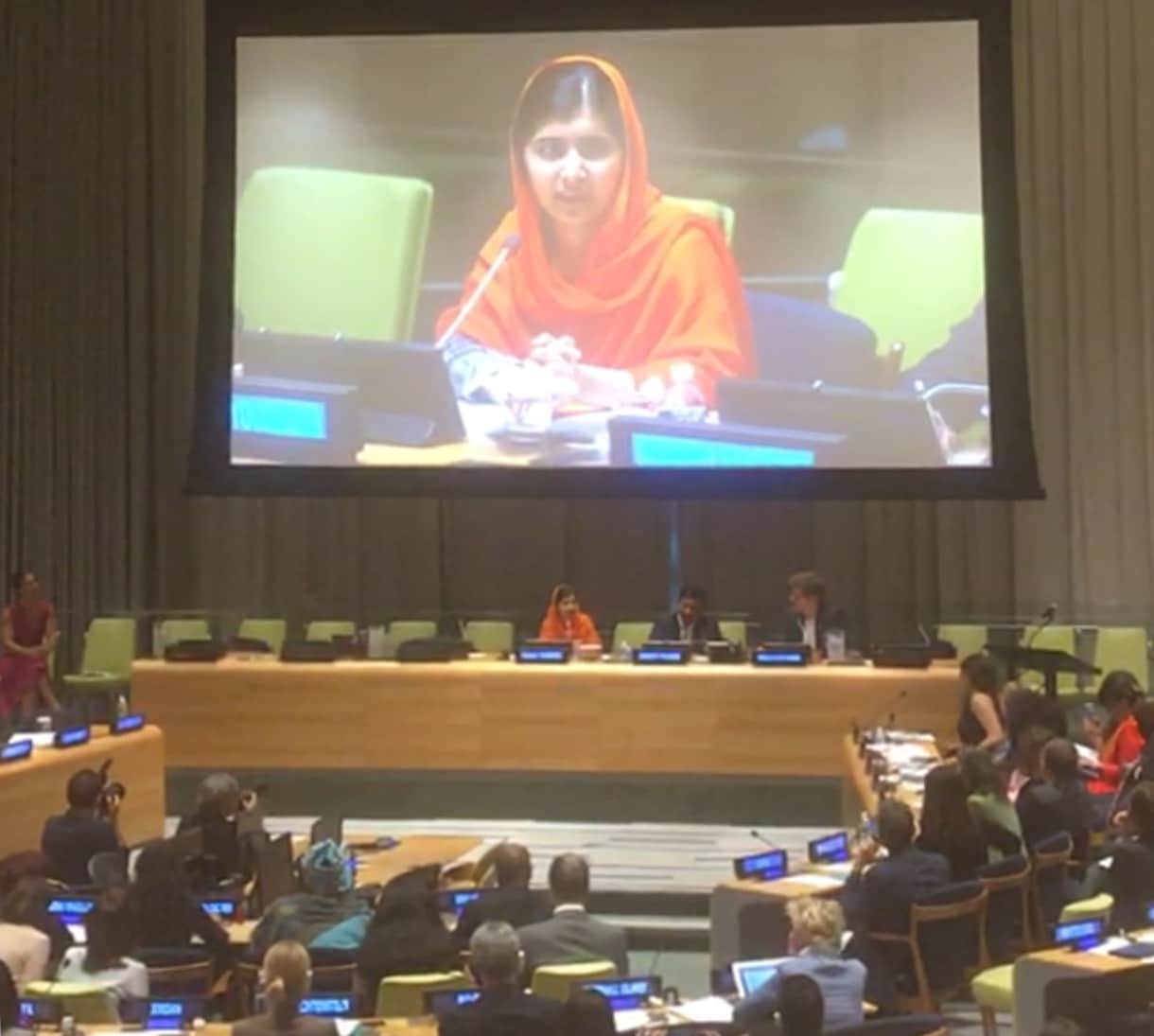 Malala’s father should have received the Nobel Peace Prize! Without him, Malala would have no voice, similar to the countless of girls and women everywhere. It is the support of her father who encouraged and realized his daughter’s education and activism. He said that many women are born, live for 60 years, and then die without ever having “existed”. Girls are not heard and not seen and women go by their husbands’ names. The day that Malala was born, her father insisted that she would be added to the family tree. A 300 year old document that until then did not contain a single female name. He continued to say that there was a time, Malala was known as his daughter. He is proud that now he is known as Malala’s father. 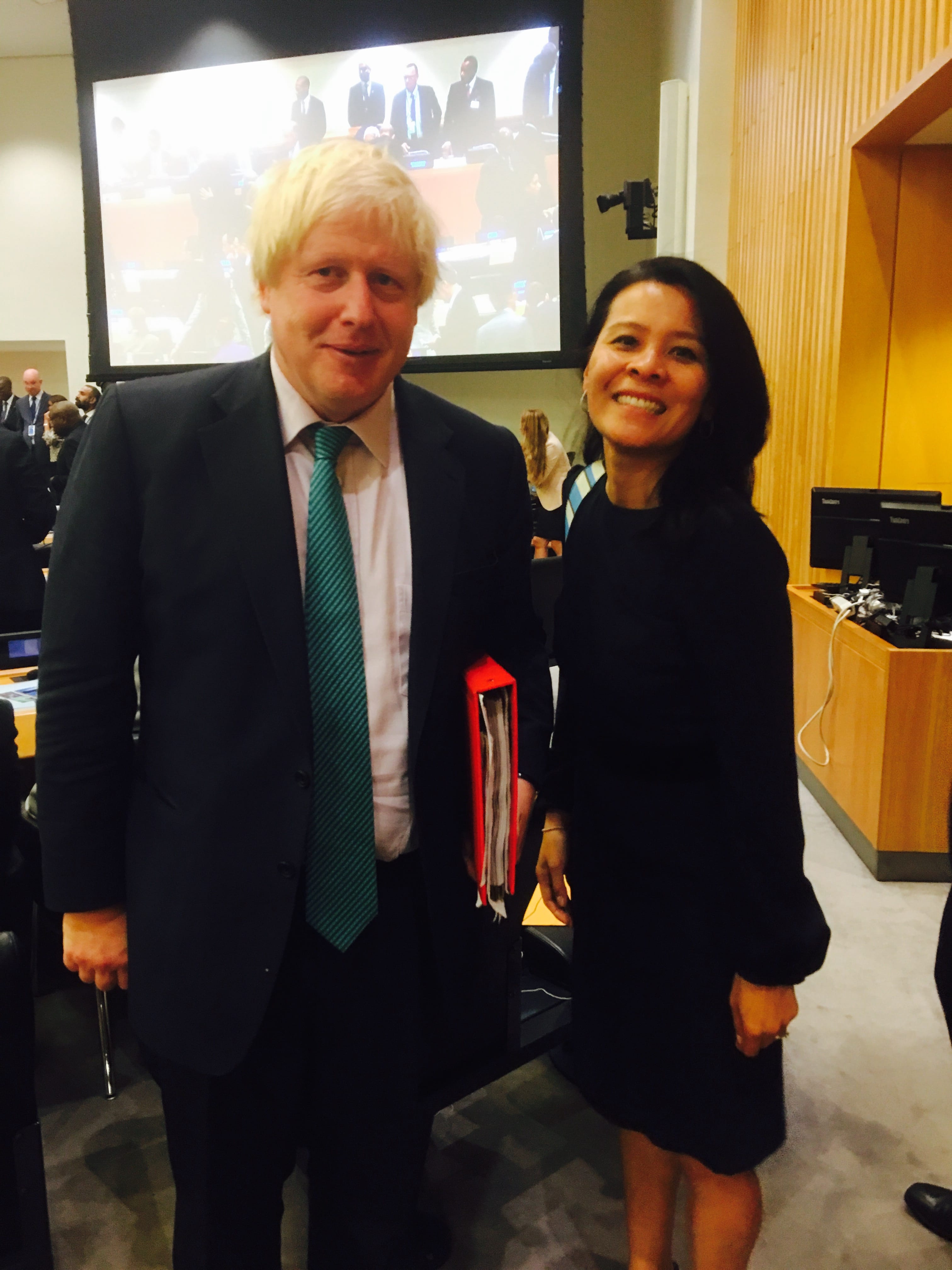 Another man of impact (for many evoke strong feelings — good and bad) Boris Johnson. impactmania’s founder, Paksy Plackis-Cheng, caught up with British Foreign Secretary, Boris Johnson at the United Nations before he left New York City earlier than scheduled. Johnson, former mayor of London, said to the Guardian newspaper that he would not quit over Brexit. However, British Prime Minister, Theresa May, was flying Boris Johnson back early to the United Kingdom for a special cabinet meeting! May was not amused about his views on Brexit which he penned and published six days prior to the (her) official speech about Brexit and the way forward for the UK.