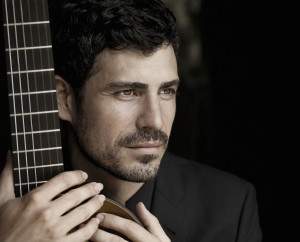 Spanish Pablo Villegas, now a New Yorker, is one of the world’s leading classical guitarists. An impact maker himself, he founded the Music Without Borders Legacy.

The nonprofit organization reached more than 15,000 at-risk children and youth, through music in the USA, Mexico, and Spain.

Villegas shares why composer John Williams has made such an impact on his career.

You have worked with so many influencers. Who is someone who left an imprint on your professional DNA?

There have been many, many, many people who had an impact on my career.  If I had to choose one, it would be Maestro John Williams. He has been such a great inspiration. 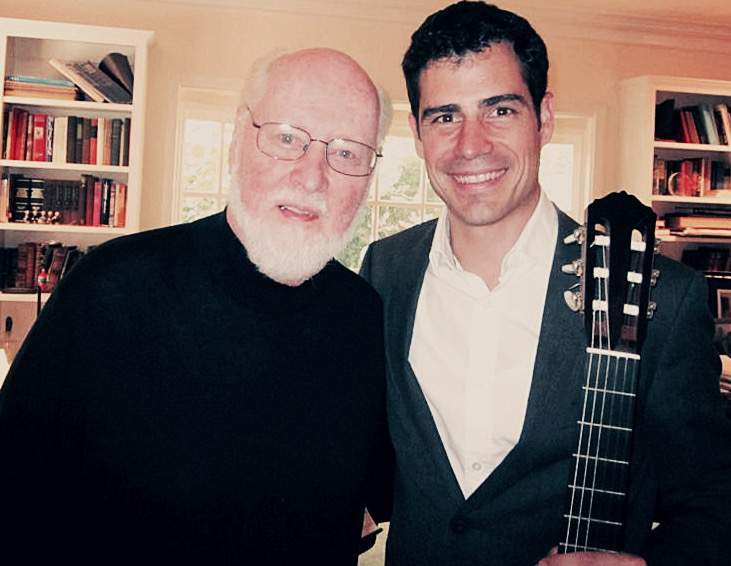 In 2012, Christopher Parkening contacted me and said, “I called you to share the news that John Williams is composing his first solo guitar piece”.

I won the Christopher Parkenings National Guitar Competition in 2006 and Parkening was offering me the honor to play the world premiere of the first solo guitar piece by John Williams, called Rounds. I was very excited. I received the music score and had only four weeks before the world premiere.

John Williams invited me to his home in Los Angeles to go over the final rehearsal of the piece. Of course I was overjoyed about meeting John Williams in person. From the first moment he opened the door, John Williams was so welcoming, so human, so humble.

The Language of Emotions
Music is the language of emotions. It’s about humanity. It’s about inspiring people. The whole musical process is based on technique and musicality. But after that, what really make music transcendental are the emotions you put into the notes. You put emotional intention into the music.

That’s something I felt, and somehow, I learned, from John Williams. Even though he didn’t express it with words. Touched by his music for decades; he has emotions in every single movie he composed for — such as how he touched us deeply with the music in Schindler’s List. There is that intensity in every single soundtrack.

Being Human
What John Williams taught me is that there is only one way that you can convey that in music. It is by being human before anything else. Being humble, being at the service of the music. We do what we do for the people — for people to enjoy and for them to be touched. That will only happen if we, as performers, if he as a composer is able to really connect with those big emotions of what being human is about. It is about stirring that with the audience in a very noble and humble and generous way.

That can’t happen if your self is full of ego. If you are about yourself and your music, and not thinking of sharing it with others, not thinking about others.

Great Intensity
John Williams and I were sitting in his home, talking about the piece for a little while, and then he said, “Why don’t you start playing the piece?” I started playing the piece, and after a few seconds he says: “Let’s play the piece together, you on the guitar, me on the piano. I can share with you what I was thinking.” It was so inspiring to be seated next to John Williams going through the different sections of the piece, and hearing directly from him what he was looking for in each section of the piece. After three full hours, and it’s a short seven-minute piece.

— That is the other thing that I learned from him. Music is about details. You rise to artistry and excellence through details. —

That’s, in the end, what connects us all.

When the President of United States walks into a room, they play a fanfare, “Hail to the Chief”. What would your tune be?

That’s a very original question — I love it. There is this short piece that I think represents very much who I am.

Pablo Sáinz Villegas is hailed by critics as one of the world’s leading classical guitarists. His “virtuosic playing characterized by its vividly shaded colors and irresistible exuberance” (The New York Times), have made him one of the most sought-after soloists by today’s foremost orchestras and festivals. A born communicator, the Spanish guitarist explains: “Music is a tool to inspire, humanize and bridge communities”. Villegas is founder of “Music Without Borders Legacy,” a non-profit organization with the mission to leverage the inspirational power of music for the benefit of youth.