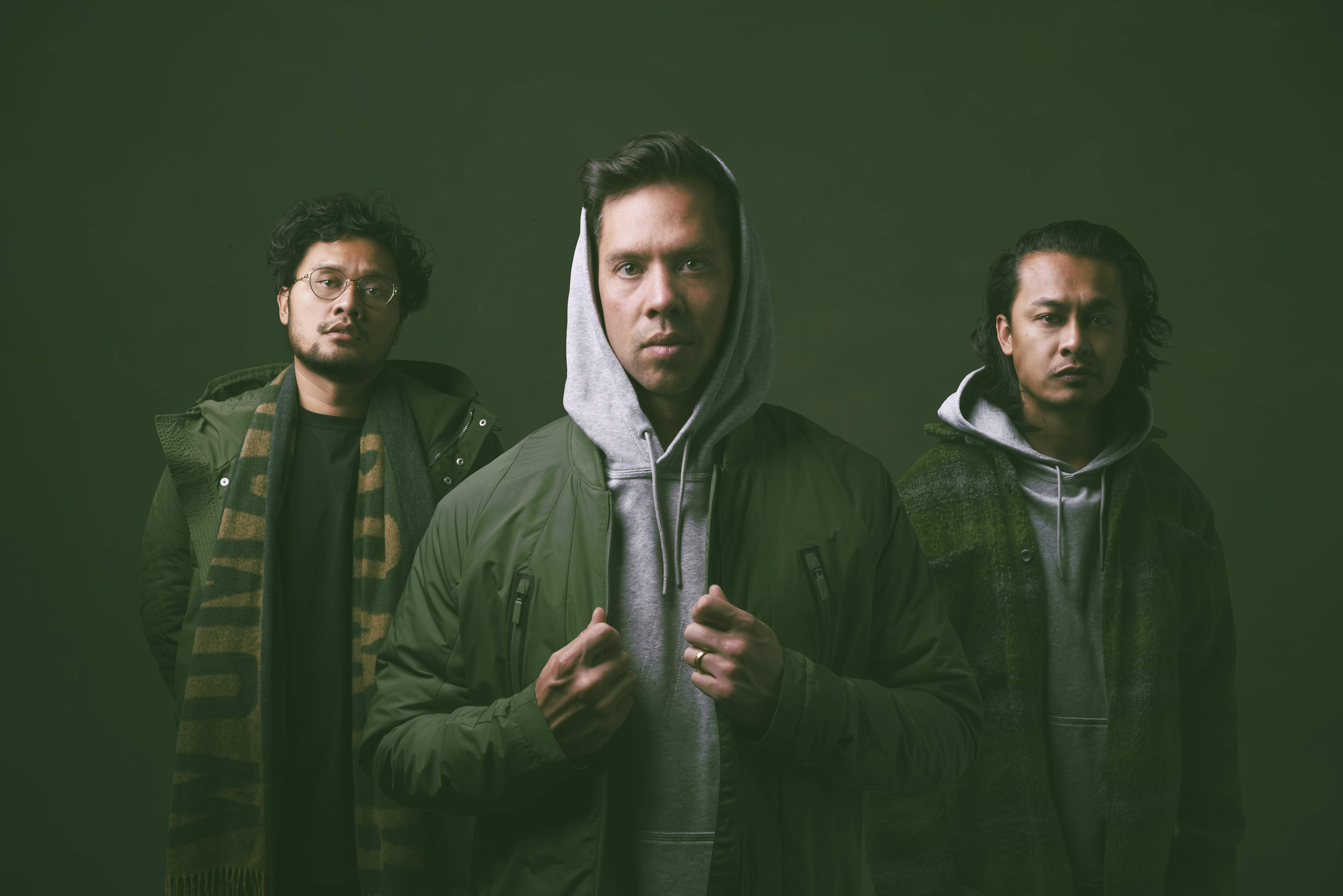 In only two and half years, GRNDPA, a multimedia production company has managed to work for international companies such as the hip hotel chain, citizenM.

GRNDPA has also produced the commercial for Hello Fresh that is currently airing on Dutch television. Read on to see how three talented friends who share a love for tattoos and tacos built a successful business in two and half years.

Can you tell me a little bit about the CitizenM Project?

Dhani: Everything you see in the hotel can be bought. You can buy it on the spot or through a website. The question was, “How can we make a funny video for this project?” We came up with several concepts, and in the end, citizenM told us, “The concept is very cool, but we should photograph all of the products in a very beautiful way first.” We transformed their logo. There is a big letter M, which we made in 3D block. All the products are set in front or on the block itself like a background wall.

We’re still in the middle of photographing all the products; so far we photographed some 200 products. 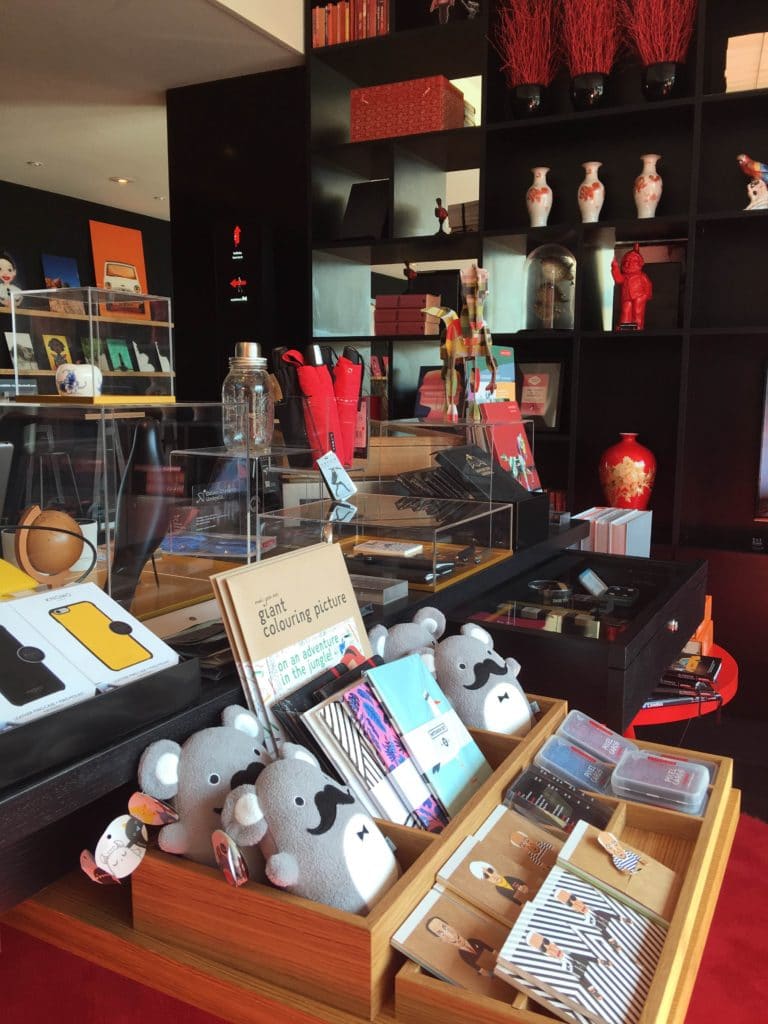 What’s the silliest citizenM product that you photographed?

I knew it was gonna be something good.

You’ve been working for liquor brands and you’re very much into food and tattoos. What is the overriding theme here?

Dhani: Hmm…I think that it’s maybe the “bad boy” lifestyle. I do think, deep in my heart, that that’s the thing. It’s been in me since I was a kid. When I was eight years old, I already wanted to have tattoos and I tried to do it to myself with free hand.

How? With a pencil or with a needle?

Dhani: With a needle and a bottle of ink. I’m glad I didn’t…

I didn’t go through with it because it hurt too much. I was too young and fascinated by tattoos. My mom hated it and showed me films about a man fully tattooed and regretted it. He grabbed an iron to get everything off. That’s a stupid way to get rid of your tattoos, but I still remember that scene.

Vic: I think it’s also the search for quality and for the next best thing. That’s why you started Quality Meat because you wanted to show more quality tattoos that were missing on the Internet. That’s the same with food and drinks, right? Always searching for better quality and for better recipes.

We’re always looking for the newest thing or the newest drink that inspires you. We’re interested in the you element of drinking together, eating together, as well as the connection that you have with somebody — it’s a personal human kind of thing.

Do you have an instant kind of connection with somebody who has tattoos?

Dhani: I think it depends. In my opinion, 80 percent of the people you see have horrible tattoos with bad designs. You can see that they didn’t think it over or something. I think it 100 times over before I get a tattoo.

That’s why I started the platform to get as much knowledge as I can on who’s doing what.

Dhani: We’re heading in a very good direction: one of our commercials [Hello Fresh] is on TV. I think that that’s one of the highest things that you can get when you do commercial film.

For the food thing, it would be wonderful to have our own tacoria with a good bar in the back. Maybe even create our own drinks.

It would be nice if we could have a cultural space where we can combine all those things, like a restaurant with the agency on top, and in the back, a tattoo studio so we can have residencies for tattoo artists to come over and create work.

We have a lot of plans for a festival: a space where we can invite people to come and work, play, and just enjoy.

Dhani: A physical place will be needed to have people meet. I say that because after a few years with Quality Meats a lot of social action for people with the same interests came about, but for me at least, it’s hard to really connect with people. Maybe it’s because I’m not a very online type of guy and I like to be in the in the city as much as I can, which is why I think it’s very important to have one space where you actually meet each other.

Victor, what do you think is required for social impact?

A physical place is very important because by meeting people, you can share emotions, read each other, and connect a bit better than you would digitally, but ultimately I think that a strong vision and interests are important too because when you have a strong idea, you’re willing to go for the idea that inspires people to venture out.

A social effect, or to simply see people working on their dreams or their inspirations, is missing in a lot of cities. There are not a lot of things to do for the younger generations. Cities just stimulate commercial and renown projects.

The people who are going to make the future of the city should receive more support from the municipal or government.

Could you give me an example of where Den Haag (The Hague) where you live is different from Rotterdam?

Vic: In Rotterdam, younger people easily fill empty spaces because I think the city is supported more. For example, in The Hague, I wanted to organize this pop-up in a street were there are a lot of empty spaces. I thought, “Ok, it would be nice to have a different shop that is connected to young designers or artists. It was such a hassle to get the municipal on board, and having to make it commercially safe really stops the whole process. You want to try something, so let’s see what comes out, you know? In Rotterdam it is easier to try something.

What would you say to the next-generation designers?

Vic: People will give you the chance to do stuff if you love to meet a lot of people, are enthusiastic, and are also interested in their stories.

When those people are also enthusiastic and interested in your journey, your story, then you will be given more opportunities.

Give me an example of when you almost gave up.

Dhani: That’s happened a few times already. Producing film itself is very expensive because it’s not only our hours that need to be paid, but also the production costs with all the materials, the voice over, the actor, and the sound designer.

We made a lot of movies for maybe half of the costs, and that’s okay, because we love to work, but it’s also hard because we have to pay our bills as well. There was a moment where I really thought that this can’t go on since we did’t make enough money to survive.

It was funny: at the exact moment that the three of us had a deep conversation, saying, “I wanted to quit now, but we should give it a few months time…”, we got a call from one of the biggest production houses of the Netherlands saying that they want to work with us, and it had to be quick.

Since then, it’s been getting better and better each month.

Dhani: I would say “the hard way”. Yeah, everything doesn’t come easily, we learn that every day, but it will pay off.