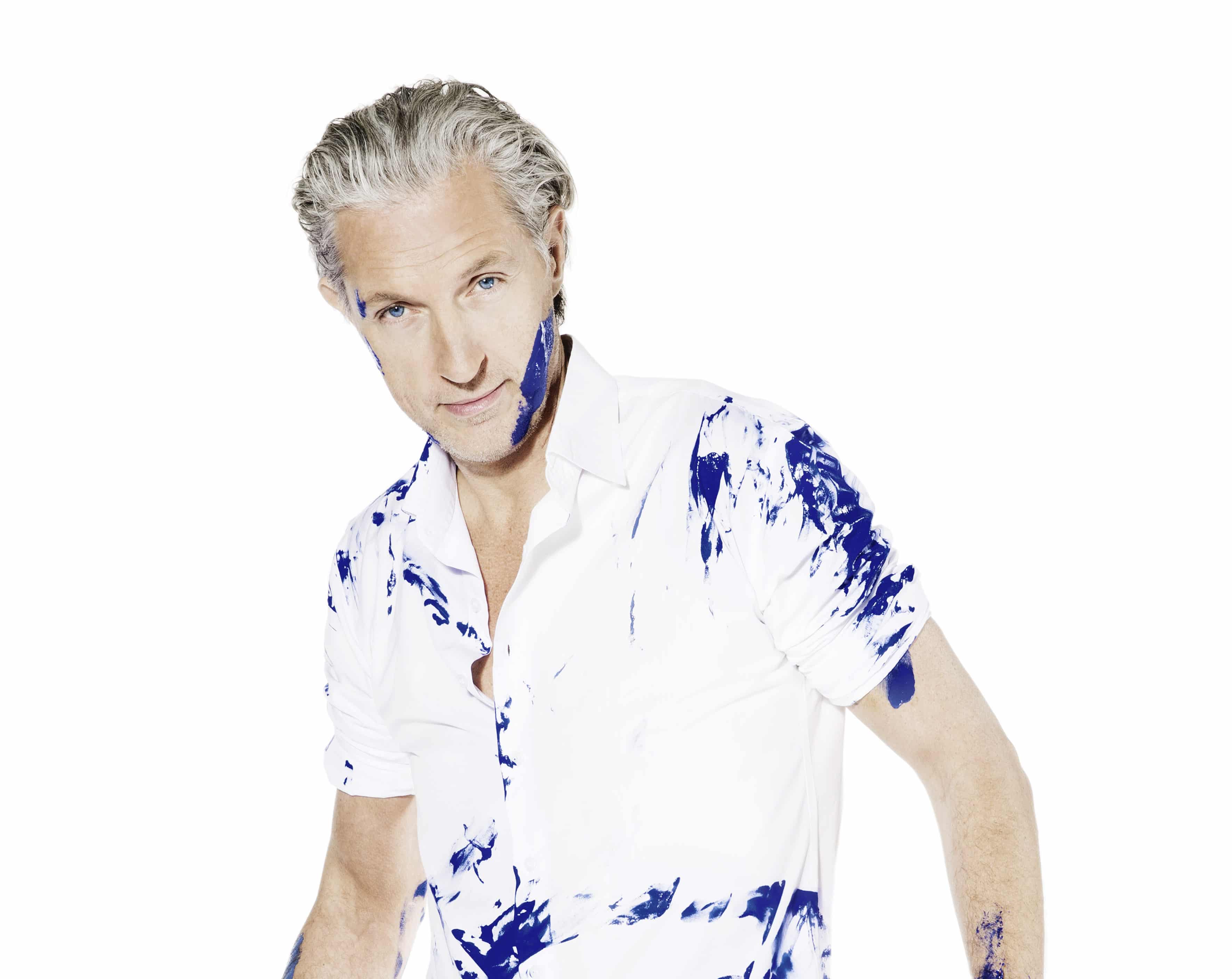 Marcel Wanders, one of the world’s top designers, is responsible for the interiors of the Andaz Hotel in Amsterdam, Kameha Grand Zürich, and Mondrian Hotel in Miami, Florida. A Mondrian hotel in Doha, Qatar and one in Mallorca, Spain are slated to open spring of 2017.

Wanders is also known for successful international collaborations with companies such as Alessi, B&B Italia, Puma, and Louis Vuitton.

Businessweek named Wanders as one of Europe’s 25 Leaders of Change.

Marcel Wanders spoke with impactmania about what design can do in a political and social context. His whimsical design seeks to serve as a new connection between people beyond borders and across cultures.

Maybe it is surprising that I feel more like a student than a teacher.

I’m a curious person and I’ve always tried to educate myself in all kinds of ways. A year and a half ago, I graduated from the INSEAD MBA program. I am a student! I love to learn more. A lot of people tell me: “Marcel, focus on your talent.” I never did!

With all the design projects, do you have any passion projects left?

If we do something that is not my passion, we’re not doing it. [Laughs.] I don’t have time to do things I don’t care about.

In the future, I would love to do things I’m studying. I would love to do an opera for the Metropolitan Opera in New York and I would like to design a mosque. These are on my priority list. The two projects are not on my list of immediate things but they are important to me.

For the Met Opera, for example, would you cover the whole spectrum: the stage design, lighting…how should I see that?

If I would be doing an opera, I would take charge of everything and work with really smart people. Even with some of the projects that I have done multiple times, I don’t know all of the details, but I know how to make details work well together.

The biggest challenge for a designer is to find a reason why it makes sense to make a certain object.

With a building, it is pretty easy to justify. People need a certain place to go. For other things it is sometimes more complicated to find the fundamental need.

Those are great passion projects. Where is all this coming from?

I was a curious kid. I was always looking to draw, make things, and hammer stuff. My mom and dad had a little shop in the village and of course things would start to break. This broke down and that stopped working; I wasn’t stunned ’cause I loved it.

I would unscrew it, glue it together again, or figure out how to repair it. I started to make things at an early age. To be honest, I had no idea about design until I was 17. Nobody in my surrounding was a designer; there was no creativity of that kind.

I was lucky enough that someone told me, “Hey, there’s something called design, you can study that.” I thought, “Maybe that’ll be nice. Let’s try.” I got into design school and after nine months, I was hooked. I loved it and then they kicked me out of school [Design Academy Eindhoven]. That was a rough period for me.

Why were you kicked out of design school?

I was interested in innovation. A lot of kids in school had creative parents and creative uncles and they had a lot of sense of style. I didn’t. I had no idea what I was doing. But therefore, also, what I was doing was pure and experimental.

I was not ready to give myself up to modernism. To me, I was doing more interesting things. I was experimenting. To experiment, of course, is to go the other side. It gave you the chance to fail; otherwise it is not a real experiment. I studied like a madman, I was learning like a madman.

In most schools still today, students have to do the things the teachers think are right.

How do you see the future of design?

When I started 27 years ago, you made products for people to use. It introduced industrialization, technology, and great things were made.

Today, design is everywhere. It has enabled us to go into areas where design didn’t exist.

There is design in political studies and social studies. It is part of technology. You’ll find it in science, fashion, and art. People make really expensive things and people make super simple things. There is an endless space, which today is covered, ignited, inspired by design, and design thinking.

So design doesn’t have its own path anymore. Design will adapt to all these things happening because it’s everywhere. It’s the study of our human progress, and it will find itself there, where progress is.

Give me an example of how design matters in the social realm or political realm.

If I make a plate for IKEA, at least a lot of people get to work and a lot of people get a nice plate. That is also a social activity. You want people to have jobs. If you are not changing the status quo, it doesn’t mean that it is not impacting the world. 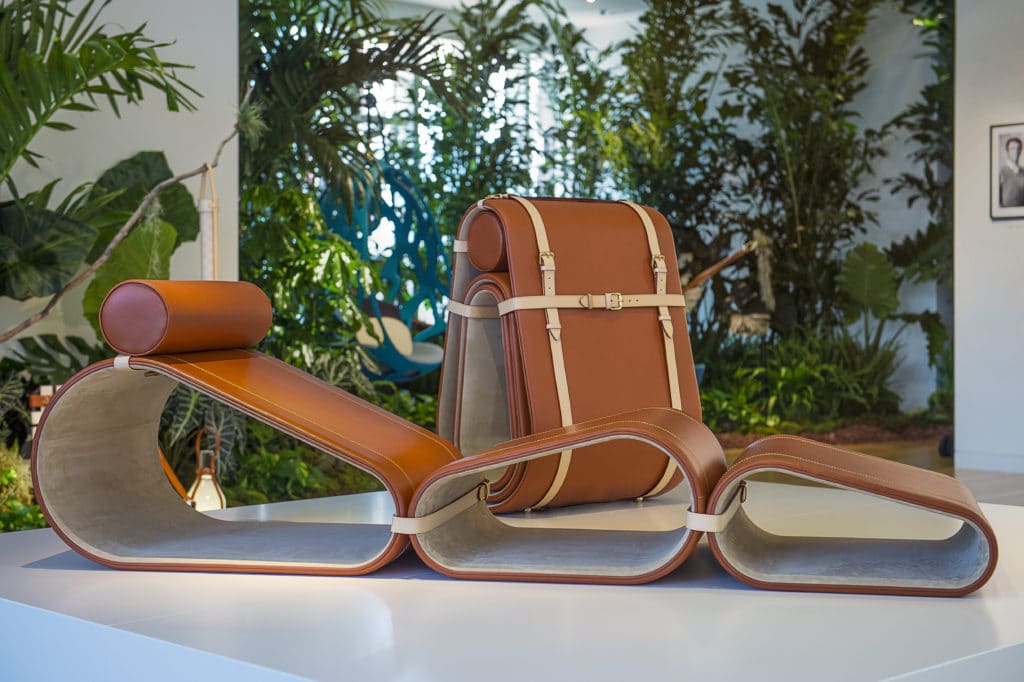 Everything we do has political and social consequences.

It’s important to understand that because you could easily feel superficial if you’re a designer and you don’t work for an underdeveloped world; but the first world has a political structure and a need for social coherence and political stability. Change is important but stability is important also.

Tell me a bit about one of the passion projects you have: designing a mosque. Where is that coming from?

It is clear that we have a situation amongst the religions, nations, and people. It’s important to not only highlight failure but also success. And so, I would love to be part of the success of people working together, interfaith. It would be special if Muslims would trust someone who is not a Muslim to design a mosque for them. I would feel honored. Together we would do an amazing job building a house of prayer. It would be an important political statement.

It is important that we find ways with design to address large political issues and then speak about it in a peaceful and respectable way.

Have you seen a design project that you feel adds to the dialogue between different cultures and opinions?

What is interesting…Ten years ago, I saw the map of the world, all different colors suggesting borders, when you are in New York, Taipei, and Moscow, it’s very open. People seem similar, they may speak a different language but they are interested in others, they travel, they want to connect with me, visit me on business, and we have the same interests maybe.

I’ll take a rental car in these cities, and then if I drive 60 km up north, it is a whole different area, people are different there, don’t speak English, are afraid of me, they don’t ask for my email address. [Laughs.]

I see what is happening in the United States, where cities and the country side have such different opinions of what should happen to the world. In England, where London has had the opposite [Brexit] vote than the rest of the country. At some point this could change the map of the world as we know it.

I have friends who say, “You shouldn’t work in the Middle East.” I say: “You don’t get it. The one thing you should be doing is working there.” We can make an impact, just by going there, speaking together, dining together. By conversing, we can end up building something together.

That is what design can do, design can connect across borders and go to places where the connection is not so strong yet and it will be a new connection. The more the world is intertwined, the fewer problems we will have.

We always ask our interviewees who has had an impact on their professional DNA. Who would that be?

Some 15 years ago, Achille Castiglioni died, and a newspaper asked me if I would write a tribute. I wrote a text where I present Castiglioni as my uncle. A person who was always there, when I was going to school, doing my first drawing, making my first lamps, which burned down half of my room [laughs] and… Castiglioni was like an old man looking over my shoulder.

In a way these designers are more connected to me than my family. I lived with these people in the most passionate part of my heart. My family doesn’t understand my passion like my professional uncles.

I started to see creative people as my family. In that context, there are a lot of uncles and a lot of aunts in my life. They all tell me different things, and some are smarter, some are just very sweet, but I love all of them. 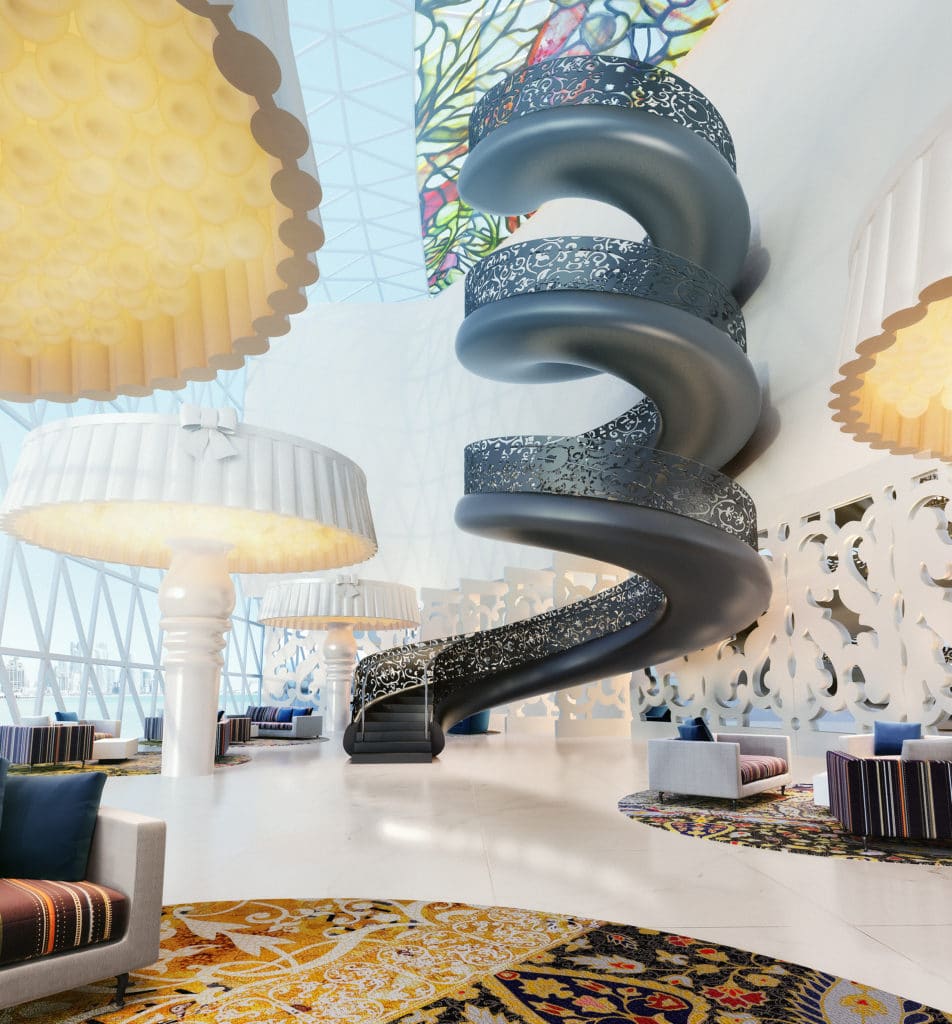 I’m on a project. It’s a secret! It’s super interesting. It might fly or it might not. And then, of course, exhibitions are super important. We are also opening two hotels early 2017 in Doha and Mallorca. And we are doing a pre-fab home. I see photographs of the prototype every two days. It is super exciting. 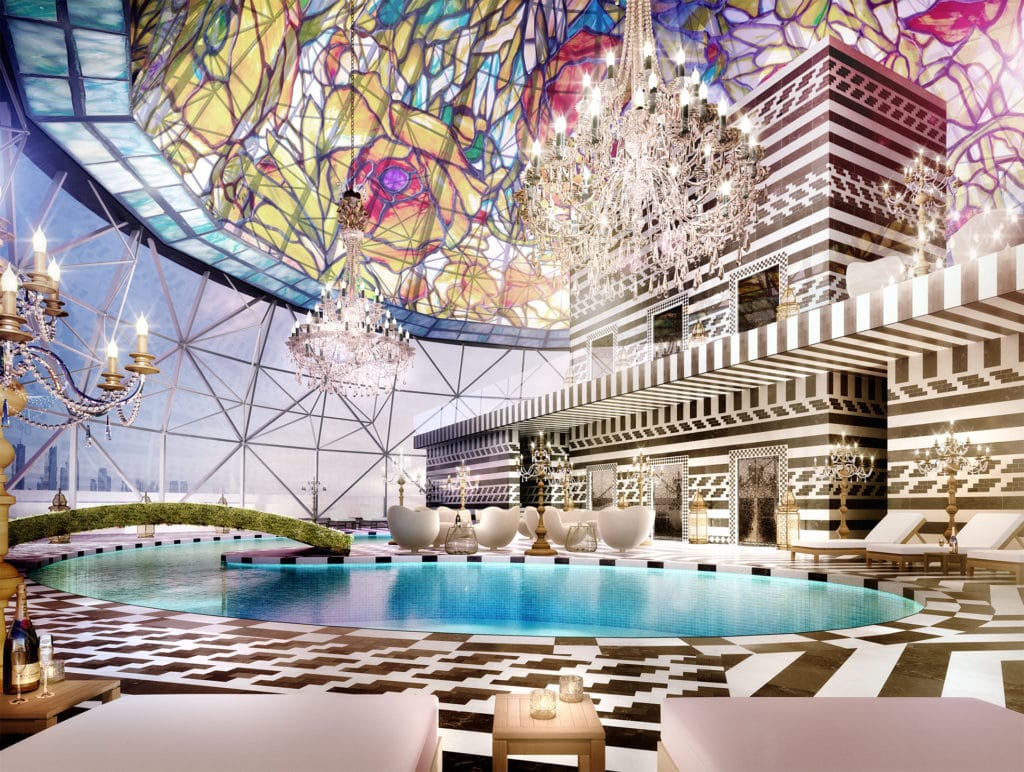 Are you going to live in a pre-fab home?

[Laughs] Yeah, I might want one. I don’t know where to put it!

What is your advice for the next generation of designers?

After the ‘60s, the generations were separated. My generation was bullied for not standing on the barricades, we were not having ideas that broke with the old world, but it was our generation that brought things together. Which was exactly what the world needed. For my generation, life is about bringing things together and gluing the broken things.

I might advise something here and there, but I tell the younger generation that I trust them. I know that they will do exactly the right thing.

Well, how many words do you want, three?

[Laughs.] How am I going to find the one word that boils down my life and work? Let me try…I am a passionate person. Maybe “passion” is the key word. It gets me into trouble; it gets me out of trouble. [Laughs.]