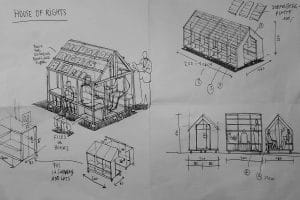 The Berlin architect Van Bo Le-Mentzel came to fame in 2010 with his project “Hartz-IV-Designermöbel.” Named after the German welfare system Hartz-IV, the blueprint collection inspired by classic designer furniture aimed to inspire people to build their own furniture. At the international design festival DMY in Berlin, he completed his collection with the presentation of the 21-square-meter “Hartz IV Wohnung,” a whole apartment based around his initial concept. In the years since, he has used his training as an architect not just to build spaces and furniture but whole communities around his idea of self-empowerment. 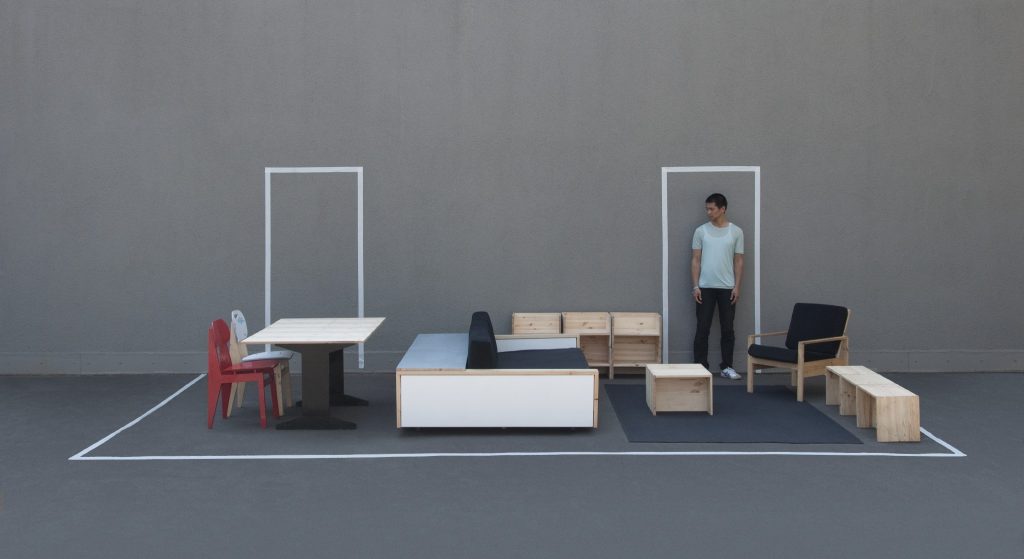 impactmania met up with him during the “Day of Rights,” a happening organized by him and DeutschPlus to celebrate the German constitution and start a dialogue in the community about the rights it guarantees everyone.

Why did you become an architect, and how did this lead to your social activism?

Actually, I just choose architecture because it begins with “A.” In Germany, you say if you want to be something, you have to study architecture, become a doctor (Artzt) or a lawyer (Anwalt). These are typical “A” professions. I didn’t think too much about my profession. Honestly, architecture only became something very crucial for me in the last five years. During my studies, I was more interested in making rap music and hip-hop videos; I was a musician. So architecture came very slow, but now [that] I am an architect, I think that architecture is more than just designing fancy or perfect homes, being a slave to the real estate industry, or being a slave to the government. Being an architect means to be curious, to be skeptical, and to bring ideas into shape which deal with people.

One of the first projects you are well known for was “Hartz IV Möbel,” affordable furniture for everyone. This was your first step to social activism. How did that start?

Actually, I didn’t plan anything. It started as a private project. I wanted to impress my girlfriend at the time. Now we are married and have two wonderful kids. But back then, I just wanted to impress her and build a shelf for the kitchen wall, and I failed. So I tried again.

With “Hartz IV Möbel,” which is a blueprint project, I wanted to bring the famous Bauhaus collection to people who don’t have a lot of money. A good way to bring luxurious furniture to the masses is to create and build them on your own. It’s the profit margin of the manufactures that makes furniture so expensive. People want to earn money and make a profit, but basically, a chair could cost 20 – 30 euros. 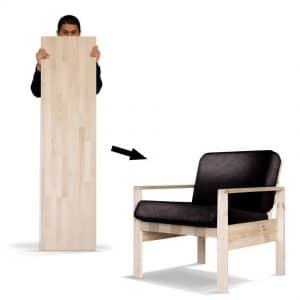 If you start to create your own furniture, you start to think differently. It changes your appreciation. If a leg of a stool is wobbly, normally, you would say, “This chair wasn’t that expensive; I’ll go to IKEA and buy a new one.” But if you create a chair on your own, it doesn’t matter if the material was very expensive or not. It’s a part of your identity, and you will never throw it away. You will repair it; you’ll try to save it. 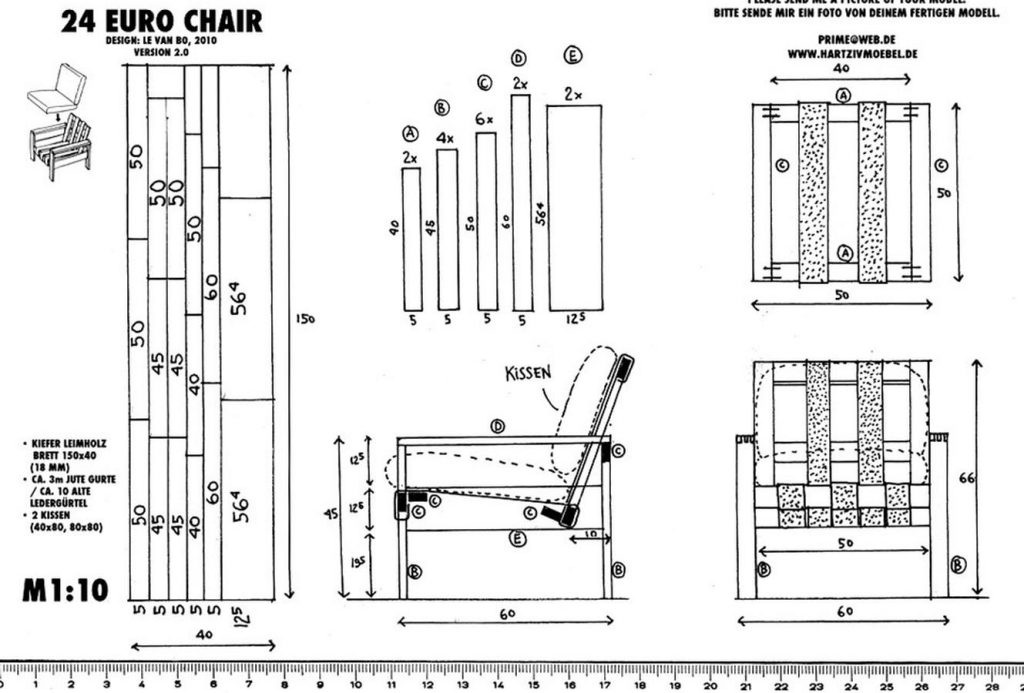 I think that this is actually something that is also happening in our society when something is broken. We often think, let’s see if it’s worth repairing it or maybe it’s better to just make a deal. Like Angela Merkel did with Erdogan. Just make a deal with all refugees. Let’s try to find out how much a refugee costs, make a calculation and then a deal. When it comes to humans and human lives, we should not base our decisions on monetary calculations.

Besides the furniture project, you also build spaces, like the “House of Rights” we are sitting in now. What is the connection behind all your projects?

The projects I do, whether it’s the “Hartz IV Möbel” or the “Karma Chakhs,” which is a fair trade sneaker project, or this “Day of Rights” which is not a product but more an event or a happening, all these things are in a way Trojan horses.

We’re now at the “Day of Rights,” an event, which is centered around the German constitution (Das Grundgesetz). What did the interaction with the text and the workshops you organized around it teach you about the text and especially in regard to your work?

In other words, you should respect everyone. Every human being deserves respect. This is really visionary — because if you think about who is everyone, does it also include people you don’t like? Yes, it includes people you don’t like. Does it include people you don’t understand? Yes, it includes people you don’t understand. Does it even include people who did something really bad? Yes, even they have a dignity that you should respect. This is the best foundation for a society, to accept that people are different. Some of us become murderers, some of us become haters, some of us become bad people, but still everyone has dignity, and you need to respect that. That means for me, that with the whole discussion around the AFD and other right-wing tendencies, I need to respect them, too. Even if I don’t understand what they say, even if they don’t want me here, I need to respect them. This is something very Buddhist, something very Jesus-like, something really Islamic.

What is your wish for the future? Where do you want these projects to go?

Your projects are always based on close interaction with the community. How has this informed your work?

I’ve learned something during the last five years. I was always into crowd funding and crowd sourcing; that means to work with people you don’t know. It starts like this: I have an idea, put it on Facebook, and say, “Who wants to build a “House of Rights“ with me? I don’t have a budget, I don’t have any tools.” I just post it; posting is cheap. You don’t need that much time, and you don’t need that much money — you just post an idea. Then people start to want it, they start to organize, and then they start to build it. Most of the houses you see on Facebook weren’t made by my hands. I just gave an idea. I call that spark-up: I don’t create startups; I create spark-ups. What I found out is that in the beginning when I have an idea about a house, about structures like this, I have a very clear image of how it should look like; the proportions, the aesthetic. What I found out is that sometimes, it’s good just to give a frame to give a direction and then let people go. Just let them go and do whatever they want. Of course it will end up where you hoped it would end. And most of the time it even turns into a much bigger, better, and nicer project than I could have ever imagined. I really believe in the power of the crowd; this is what I call demo-crowdic building. Not democratic, but demo-crowdic building; democratic working, democratic trading.

In the beginning, a lot of people, for example my father, said that if you give too much, then one day people will steal your identity. You will stand there completely naked if you just give away everything, all your ideas, if you don’t keep at least something for yourself. He’s right in a way, but at the moment I’m more in a giving mode. Whatever you want or you need, just tell me.

How has the refugee crises informed your work?

The refugee crisis has always been there; it’s just now that we see it. But the crisis has influenced my work tremendously because it made me think about my own biography. My family were also refugees; we came as refugees to Germany from Laos. Now the toughened asylum laws in Germany make me sad. They are stricter now than they were four years ago or when I came to Germany. If you look at the laws, you can say that Germany wouldn’t want me. For people like me, it’s really hard, almost impossible, to come to Germany. When I came to Germany, we were refugees from communism, but there wasn’t a war. We were frightened when the communists took over Laos. Laos was not like Syria, a country destroyed by bombs. I am also a so-called economic refugee. As we know, economic refugees are not welcome here anymore. I have a German passport now, but for people like me, it will actually be impossible to come here, and it will get even more difficult in the time coming. The structures here are not made for me. The only [things] made for me are our basic constitutional rights. 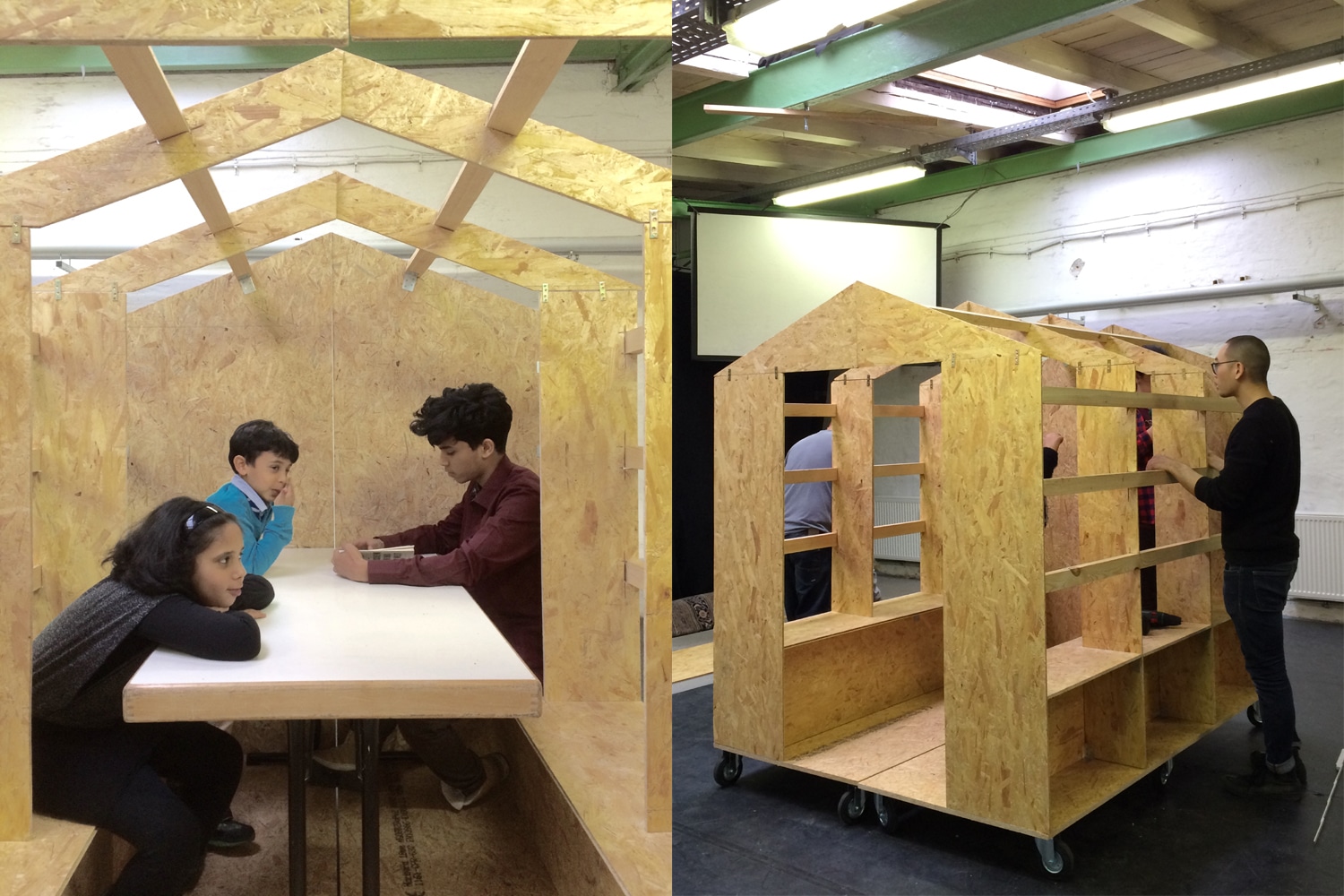 How do you see your role to make impact possible, in general: your responsibility as an individual in society?

Well, I learned this lesson from a guy called Peter Parker. Peter Parker was bitten by a radioactive spider and became Spiderman, a powerful man. When he got these super powers, he decided to use them only for himself. He created the mask and went to wrestling matches and bet on himself. One day someone robbed the cash from the wrestling event and he refused to use his powers to stop him. It turned out that this robber then murdered his uncle. He was very sad about it because he could have prevented it if he wouldn’t have been that selfish. After that, he decided to use his superpowers for the good of the society. He realized that if you have skills, you also have responsibility.

I’m not saying that I have superpowers, but I have skills. Every one of us has skills. Some can talk, some can write, some can publish, some can dance, some can draw, and some can care for other people. If you know anything, then you have a responsibility, and need to use it to help society. This is what I learned from Peter. That’s what I do; I use the skills that I have. I can build; I can bring people together and use it for society. Actually this is protected by our constitution, under Article 14 (Eigentum verpflichtet. Sein Gebrauch soll zugleich dem Wohle der Allgemeinheit dienen: Property entails obligations. Its use shall also serve the public good.). It means if you have something or if you own something, you are responsible to use it for the community, for the common good.