Kate Flynn: How a Burnout turned into Sun & Swell 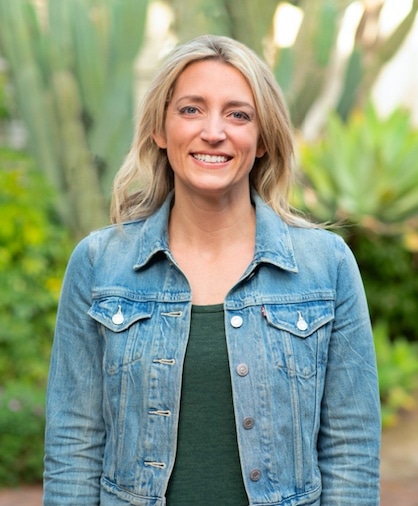 Kate Flynn is the founder and CEO of Sun & Swell Foods. After graduating from Harvard Business School, Kate entered the corporate workforce for a career in consulting management. A burnout turned her life around; she started her own business and centered it on her passion for healthy living. In our interview, Kate spoke of market validation, wanting to give up, and her husband’s support that helped extend her company’s products to multiple markets in California.

How did you get started with your company Sun & Swell Foods?

The idea of starting a company was never something I thought I was going to do. I was a person who liked stability, corporate jobs, and a steady paycheck; I followed that path for ten years after I graduated. I got burnt out and realized I was spending ninety percent of my time at work. I knew for a while that I needed to do something else, but I didn’t know what it would be.

I went on a yoga retreat at the Esalen Institute. It was here when I realized I needed to leave my job. I hear stories about people who wake up and are excited about what they are going to do every day, and that’s not where I was. I switched my diet and started focusing on ingredients. Eating real foods made a major difference with my asthma and energy.

As I began eating this way, I realized that there were hardly any packaged snack foods that fit my new way of eating. I knew it was a trend for people trying to eat healthy foods, but there weren’t a lot of products that met the need. I thought that maybe I should try to create a company in this space to see what will happen. Those two points of my life aligning helped me realize I was passionate about health and wellness.

The first time we brought the product to market was at a little event, the Carpinteria Triathlon. We handed it out to people, we got positive feedback, and realized we had a market!

Did you feel that your previous careers paved the path, showing you what you should do?

I think they did, which is funny, because there were many things throughout my career where I thought, “Was that the right thing for me to do?” I can point to every single job I did and see that I learned something applicable to what I am doing now. Even the part-time jobs in college showed what it’s like to be an employee of a company. I tell graduates that it doesn’t matter what your first job is. Find something, and if you don’t like it you can leave, but getting that real life experience will help you. Now that I’m running a company, I am very aware of what I like and don’t like; and for the things I don’t like to do, I make sure to hire someone to fill that role.

Can you tell me about some of those jobs that seemed to lead nowhere?

My biggest one was my last job; I was doing management consulting in the retail consumer space. Basically, I was working in a consulting firm that would be hired by companies to work with their executive team in order to solve strategic questions. A company with a thousand retail stores would need to close two hundred locations, and ask which ones should they close. There were a few elements of being a consultant I didn’t like. I was not good in sales—in consulting you’re constantly trying to sell more services. Another thing was that I am very much a perfectionist and I like to know the exact answer. In consulting, partway to the solution is usually good enough. They don’t have you waste time figuring out the exact answer. It took me a long time to learn, which is helpful now.

I remember coming home from work and crying because I felt I was bad at the job. But then I would get to the end of my project and do the review and receive great feedback. I had confidence issues. I think it was because women tend to be really hard on themselves, and think that we are not doing it as well as we probably are.

Do you still have confident issues with your work now or that pressure to be a perfectionist?

The issues are still there. For example, we have to constantly be selling our product, or trying to pitch our product to a buyer at a grocery store. I still get uncomfortable. It’s this idea that ‘maybe people aren’t going to like it,’ even though people have told me that’s not the case. We have an easy time getting into stores; ninety percent of people who try it, like it. We just closed an agreement with a six-store chain that found us and loves our products. We are not at the stage yet where we are trying to pitch to bigger investors, but eventually, with larger investors, I know these confidence issues will emerge. 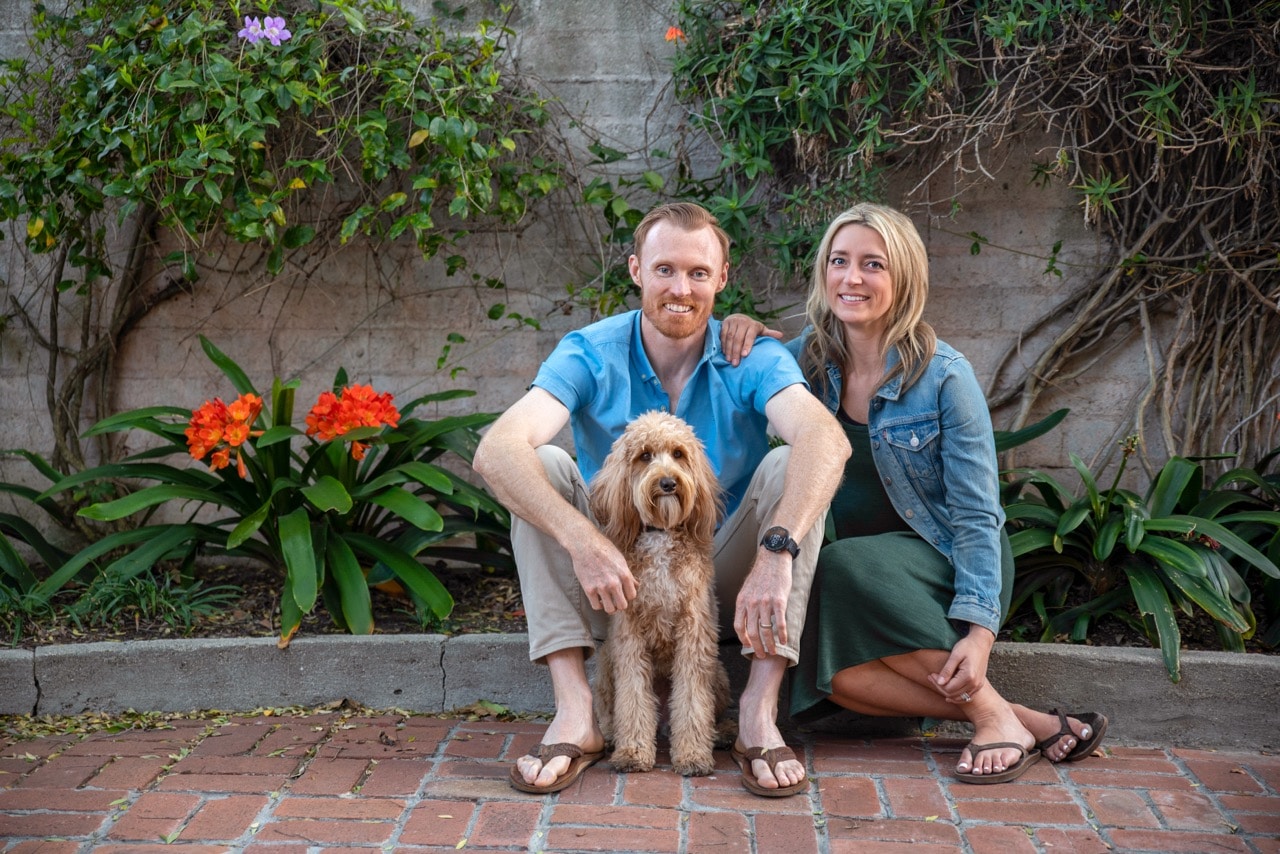 The team behind Sun & Swell Foods.

Have you faced any difficulties in your career with your company, Sun & Swell Foods? How did overcome them?

My husband and I joke about when we were first starting the company, I constantly wanted to give up. Being at the stage we are now, with 200 stores, there is a lot more validation. At one point—when we had just three retail stores, trying to gain a fourth—we approached a grocery store with our product and they gave us a try. We checked in a week later, and the manager told us it wasn’t selling that well, and suggested we give some product samples. I remember walking out, feeling deflated. I went home to my husband and began to explain that we’ve made a mistake. He said, “No, we’re going to give them the samples,” and then the store ended up being a big account for us. That tiny bump has stuck with me because if I didn’t have my husband, I wouldn’t believe that I could do it.

On a more positive note, what was a major success that you had with your company?

We used to be in the Santa Barbara market and recently we have grown our market into Los Angeles and Orange County. Some of the best parts of my day is when we get a note from a customer who understands our message and reaches out to tell us. For example, recently we gained an account in Northern California, and the buyer told me that he gets a lot of products coming across his table. Ours stood out for all the same reasons that we created the product.

What message do you have for people that feel stuck in a routine that they wish to break?

I would say the biggest thing for me was starting to say ‘yes,’ whereas my previous mentality was making excuses. We always wanted to do something, but felt limited. We finally had a shift in mentality, such that we made deadlines in order to make things happen. The yoga retreat was in March and I told myself that I would quit my job by May 15th. It was so little, but putting down a day and a place to get something done… It’s a lot of wanting to do something but waiting until next year, a bonus, or waiting ‘until’. Instead of putting that date off, pick the date, book something, do something to hold yourself accountable. 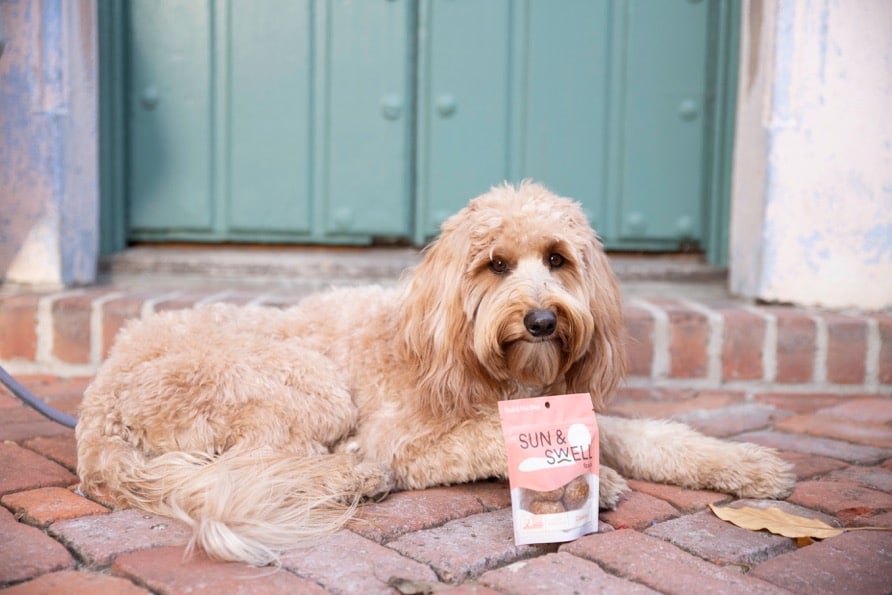 What do feel was one of your biggest support systems when you were growing up?

A lot of the credit goes to my parents. The company I’m running is the perfect combination of both of them. My dad was a corporate lawyer and my mom took care of the family. She loved to cook and in her fifties went to culinary school, an interest of hers always. My sense of working hard to get what you want comes from my dad, and from my mom, the importance of doing what you love.

Now I’m running a business in the food world. My mom develops a lot of our recipes and my dad is one of our lawyers! I learned early on that hard work and tenacity often get you where you need to be. That’s what people say about being an entrepreneur: hard work pays off.

How do you juggle your personal life and your business life? And are you comfortable mixing the two?

It is really hard. My old job was very black and white. I was either at work or at home. Now my husband is working full-time for our business too, and so our entire life is the business. Friday evening dinners, we talk about sales; on Saturdays we need to get work done. Oftentimes we will sit on the beach, but do our work. We think that we’re taking a break, but really we’re not. We are trying to be more mindful about taking Sunday to rest, putting down our phones and not think about the business because you do need that mental break. There is always more to do, so it’s easy to feel guilty when you’re not working.