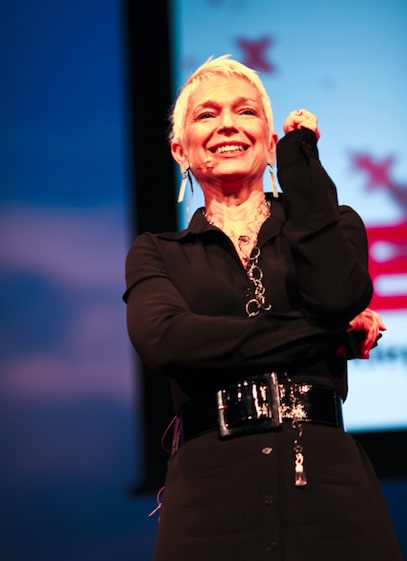 impactmania spoke with Carol Coletta, Senior Fellow at The Kresge Foundation, a $3.5 billion private foundation that works to expand opportunities in America’s cities through grantmaking and social investing in arts and culture, education, environment, health, human services, and community development.

Carol spoke about The Kresge Foundation’s work, her thoughts on urbanization in Detroit and beyond, and her fascination with cities.


Carol, when Kresge Foundation announced your appointment, it stated that your skill and passion rest in helping make cities more livable and equitable. Can you provide an example of how you realized this work?

Most of my efforts have been in finding people doing the great work and then supporting their efforts. Our job is to invest smartly in work with potential to scale and make lasting impact.

More recently, we launched an initiative with a number of other foundations called, Reimagining the Civic Commons. Here we reinvested in small anchor civic assets, like libraries, parks, recreation centers, community centers, and neighborhood cultural centers. We focus on those places that drive engagement, equity and environmental sustainability.

You have been in the field working with multiple organizations for some time. What are the necessary ingredients to make lasting impact happen?

We need a good idea and powerful vision supported by a strong visual and verbal narrative that communicates the idea quickly and clearly. Ideas driving social impact should be legible to multiple groups. We need to be able to grasp an idea simply, to be able to touch and feel it quickly, in order to understand, align with, and support it. Then we are off to a good start with an easier road to adoption in the future.

The idea must then be conceived at a price that scales up for broader reach. A lot of people can demonstrate an intervention that works once, but we seek solutions that can work at scale to encourage widespread, effective change.

Underneath it all is leadership. Without leadership, nothing works.

What are then your tools to measure impact, or even evaluate these ideas?

It depends on the idea. With Reimagining the Civic Commons, we are measuring success by changes in community engagement, socioeconomic mixing, environmental sustainability, and value in the surrounding neighborhood.

The danger of using metrics is the temptation to use too many. We look at metrics and say, “If 10 are good, 100 must be better.” Then decide what might be the signals that would tell you you’re getting closer, or farther away, from that outcome you seek. You have to be able to measure progress in an affordable way. It gets back to the scalability issue. Have you designed something at a cost that allows you to continue to do it and allows you to scale it? The same is true of measurement.

There are many organizations that specialize in metrics. Do you work with any one of them, or do you go case by case in evaluating ideas?

I was just looking at an email today from an organization that is well recognized in metrics but simply can’t do what we need it to do. We have developed a set of metrics, but we did do it externally — with an unusual set of partners.

Well, that’s quite discouraging for a lot of other organizations that don’t have the bandwidth to implement a customized approach in evaluating ideas.

You will be sharing it?

Yeah, what we developed is open to everyone.

That’s great. You are leading a large American Cities Practice at Kresge Foundation. What have you learned so far?

The American Cities Practice is based on Kresge’s experience in Detroit. I have long admired Kresge’s work. It’s very comprehensive, and it’s very geographically focused. What Kresge and its partners demonstrated in Detroit that that a city with good leadership, a systems approach, and resources invested wisely can come back. It’s a very difficult, messy task, and it won’t happen overnight.

Kresge decided early to that Detroit needed evidence to give people a reason to believe the city could come back.  Therefore, Kresge decided to focus on Midtown, a neighborhood with an unusually strong collection of assets.  Kresge took a lot of criticism for that, but it was the only way to make the possibility of change clear to people.  Now, Kresge is hoping to duplicate the success of Midtown by focusing its resources in the Fitzgerald neighborhood. 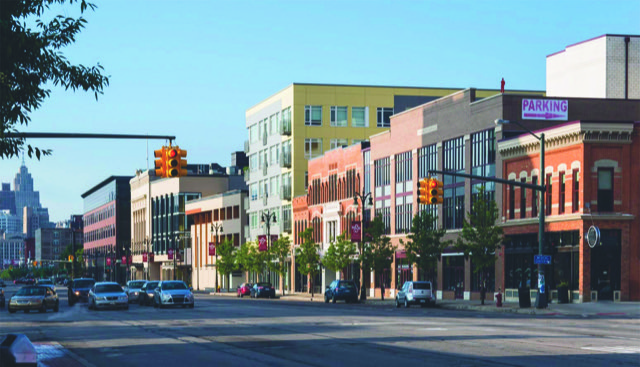 The Kresge Foundation was instrumental in revitalizing Detroit. Photo of the Midtown neighborhood.

How long has Kresge’s commitment to Detroit been and how long into the future will it last?

Ten years ago, Rip Rapson joined Kresge as its president, and he turned the Foundation’s attention away from its historic funding of capital projects around the country and to its hometown.

That’s a great commitment. And for the city of Memphis, is it a similar commitment?

We believe very much in comprehensiveness within a geographic location. Kresge is taking what it learned in Detroit and applying that in multiple ways to a limited number of cities.  Memphis is fortunate to be one of those cities.

This is an enormous power to affect direction and focus of governmental bodies and nonprofits. How do we encourage other parties to become more cross-sector collaborators?

Collaboration is difficult for anyone. Everyone has their own boards of directors and their own constituents, and they have to be responsive to those constituents. What is important is cultivating relationships so that when your interests overlap, you can pursue them in a collaborative way.  You have to understand that you don’t have to collaborate on everything.

Everyone has different ways of working.  Acknowledging these differences allows Kresge to do what it does well and lets the city and other funders do what they do well.

It comes down to keeping the lines of communication open, making clear what you’re interested in working on, finding the overlap when collaboration makes sense.

In general, do you see a lot of replication in what foundations are trying to accomplish? Would it benefit communities better if there could be more cross sector collaborations?

We see how cities are becoming very homogenous all around the world. For certain groups of people, it is no longer affordable to live in cities like New York City, Amsterdam, or London. Have you seen anything that makes it feasible for different socio-economic groups to live in a city?

It depends on a city’s housing and transportation strategy. Transportation can be as costly as housing. A city where people can transport themselves either on foot or by bike or by transit versus owning a car lessens the cost of living.

On the housing side the primary challenge is: can you build enough at different price points in a dense way? Not many cities have done a good job with that.  Ironically, many of the most vocal opponents of “gentrification” oppose more building in their neighborhoods. 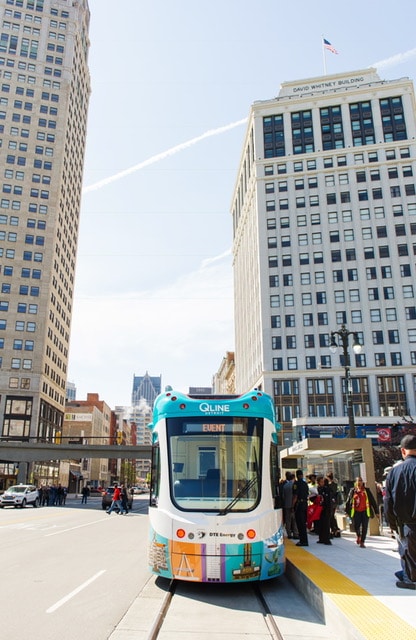 QLINE in Detroit, a 6.6-mile circulating streetcar loop serving 12 locations in Detroit. The QLINE is the first major transit project led and funded by private businesses and philanthropic organizations such as The Kresge Foundation.

Do you see a city that is doing a good job in this regard? That people can reside where they have their jobs and not commute for hours every day to get to work and home?

Cities are really struggling with this, because most of the policy responses to high priced housing are not particularly smart.  Some cities, for instance, require subsidized units in each new project, but that just doesn’t get you to scale fast enough.  Others want to rent-control apartments which can discourage development.

Figuring out how to build more housing at multiple price points in a denser way, eliminate some of the regulations associated with new housing, and still provide great livability is the key. Most of the solutions today don’t adequately tackle these concerns.

Well, we’ve not quite two years left on the City Commons work, which is super exciting. Working on scaling that is deeply interesting to me.

I continue to try to figure out what it all means by writing and speaking. You get so involved in the doing that it’s hard, sometimes, to step back and say, “OK, how would I explain this to anyone? What is the real case to be made for the work I’m doing?”

Why these particular issues for you, Carol?

Since I was a teenager, I’ve had a fascination with cities: why they work, what else you can do with them, and who the people making cities work are. It’s completely absorbing.

Cities that work help us with the problems we face domestically. If we can get cities right, a lot of our problems disappear. This is my personal passion from a standpoint of how do we right ourselves? The questions confronting our society have never — in my lifetime — been more urgent than the ones we face today.

I will also say that we have a huge challenge in the face of a rapidly changing economy and a federal policy that is anti-urban. It makes no sense to have policies and attitudes working against cities when our economy increasingly depends on cities. No matter what the challenge, we just don’t stop working on the cities, contributing, and doing what we can do.