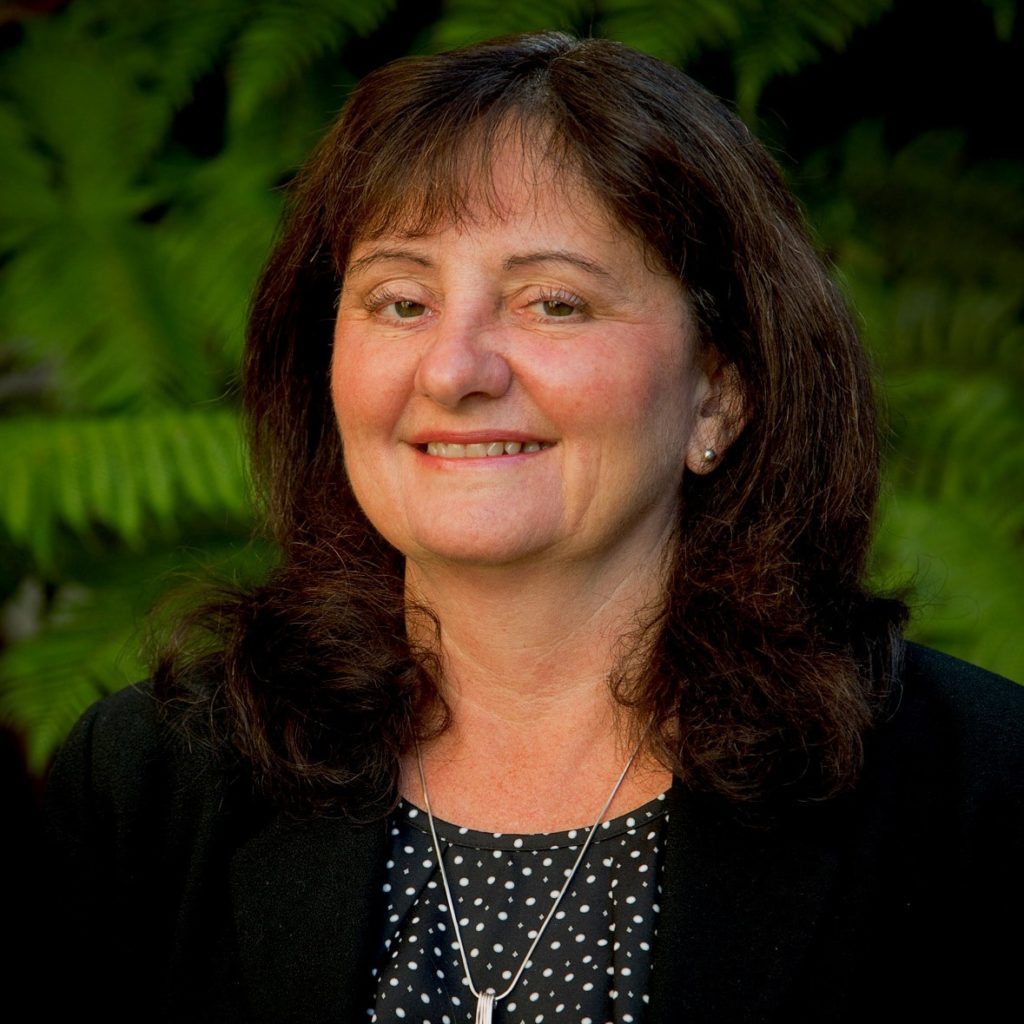 Materials in the hottest part of aircraft engine reach such extreme temperatures during takeoff that they almost melt! Our ability to fly relies on specific alloy materials that can operate at 90 percent of their melting temperature while bearing substantial mechanical loads.

Tresa Pollock and her research team are dedicated to developing materials that can withstand higher and higher temperatures. Why does it matter? Apart from making aircrafts possible, operation at high temperature increases efficiency for power plants and air space vehicles.

Scientists such as Pollock impact society everyday with the research and development of materials that make our lives interesting and far safer.

Tresa, you wanted to study something that would help you make an impact on technological and social problems. What experience drove that desire?

I grew up in Ohio and lived in the shadow of Patterson Air Force Base, where there are lots of experimental high-tech aircraft. I was interested in that part of the world early on…aerospace, astronauts, and Amelia Earhart, who actually had an appointment at Purdue, where I ultimately went to school.

Could you give me an example of an application of a material that we’re going to see in the next ten years that will have significant impact on people’s lives?

To draw from my own department, gallium nitride materials have a huge impact on lighting and electronics and lasers. That came out the lab to having impact in society pretty quickly.

Tell me a bit more about the research in your field — an example we’ll see that will change our lives dramatically.

In the domain of high-temperature materials: we work closely with a number of companies GE, Pratt & Whitney, and Honeywell, to design materials and to develop tools that help them design materials. We designed a new material, René N6, that goes into GE aircraft tension. It is a single crystal material. In order to make these materials survive at high temperatures, you have to go through special high-temperature growth processes.

What specific problem are you trying to solve?

What we’re trying to do is make materials for aircraft engines, power plants, and air space vehicles that can operate at higher and higher temperatures so that they can be more efficient.

Because the materials are very high temperature, it’s very difficult. We often have to build systems, which have multiple layers of different kinds of materials, so that they can survive under these severe temperatures.

Another example of something we’ve recently built for materials research is a very specialized microscope that combines electron, ion, and laser beams and allows us to get 3D topographic information at the nanometer scale. This is to help people look at materials, predict their properties, and so forth.

People who are modeling the behavior of these materials use some of these 3D data sets that we’ve been developing. They want to predict more broadly how they behave in different environments. That project has been successful enough that instrument manufacturers, such as FEI, now Thermo Fisher Scientific, [scientific equipment company] have made a $1 million donation to our effort.

What is the most important thing you teach your students?

I teach them curiosity. The ability to look at problems, figure out what is most important, and where the opportunities are. It’s impossible to teach each person everything they need to know, how to look at things, and how to do things.

We spoke with a professor of robotics and chair at computer science at USC. She says most of the societal issues we face will need corporations and academia to come together to be able to solve. Could you give me an example in your field where we see this successful cross sector collaboration?

In our field, we have very complex materials and lots of information about them. One thing that is on the verge of happening is strong cross-fertilization with computer science.

That is something that will enable us to leverage this huge amount of data that we are gathering and drowning in. In a broader sense, I’ve been very involved in an initiative that has come from the White House, which has been named the Materials Genome Initiative.

It’s not a very good name, but it was meant to put it on footing with the Human Genome Project. I visited the White House a few months ago to discuss the progress in this area. This initiative is very much a cross-section of academia, large companies, software startups, other startups that are making very specialized scientific equipment, and government labs.

What would be a success factor to solve some of these issues?

The success factor is how fast somebody can discover a material and put it into something important to society. That can often take thirty years. We’d like to do it five times, ten times faster.

We often discover all these new things. However, the path from discovery to having actual impact on society is a slow process, because materials are often safety critical and system critical. A lot has to be understood to operate them.

Is there a lot of information or research that is done that resides within academia that doesn’t make it out to the world? Are a lot of startups reinventing their own wheel?

Yes, I think that people who work in industry get more pressured for time and resources. They simply don’t have the ability to look around. One thing that we spend a lot of time doing is having two or three day workshops where we invite people who know what the real world problems are, and who desire interaction to solve them.

What would be a problem you’re looking to solve at these workshops?

Manufacturing consistency for example. With 3D printing, it’s difficult to know if the printed object will perform in the same way every time.

There are no good approaches yet for guaranteeing that you’ve made things correctly. There are many, many problems in making it, characterizing it, and making sure that it’s compatible with the printing process.

It’s very easy to say, “I’m going to print something,” if it’s a cute one time investigation. It is much harder to print many things consistently.

It has to be stable and then it has to scale, right?

Those are some of the many problems. People don’t want to talk about it very much, but that is what’s going to help us have impact in that area.

They’ll talk about it when it doesn’t work!

[Laughs.] We are getting to that point, all the fun glitzy stuff has been said, now people have to actually make it work! [Laughs.]

The National Science Foundation (NSF) is trying to get research out into the world with the Innovation Corps grant. Is this type of funding pretty new — where students are encouraged to commercialize their ideas?

That program is relatively new. NSF is always interested in the impact of its research and trying to broaden the impact. They try to do this through their STTR [Small Business Technology Transfer] programs to a great degree.

NSF does lots of experiments on this front. We’ve actually done a lot of data gathering over the last decade on the impact of NSF programs in the context of collaboration and how long it takes something to develop in terms of outcomes after you bring people together. On the research front, impact usually takes between five and 10 years.

Many people are not familiar with what happens within universities, how important research is to everything we do, and how much companies borrow from what has been figured out in academia.

I feel like people believe that technology is magic and that it’s free. [Laughs.] It’s very hard work. It’s disappointing that it’s not understood. Especially if you look at what has happened to public support of universities over the last years — the budget cuts are remarkable. When people complain about the tuition increase, they don’t understand that this is because of a complete lack of support on the part of their politicians.

There is no question that education is the best way to build a better world. 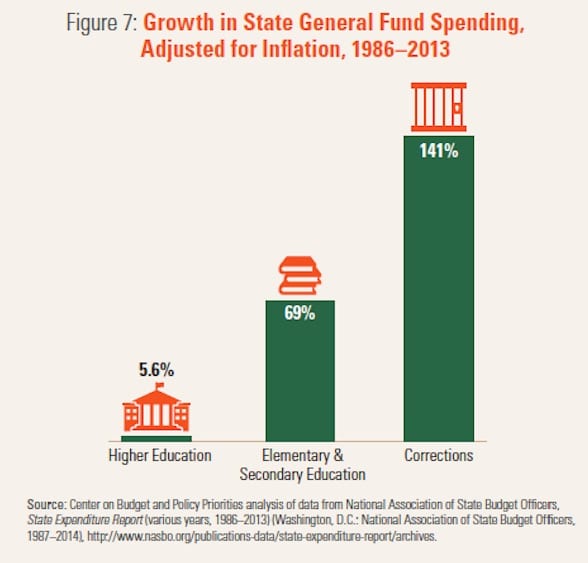 What has been a surprising learning for you in your career?

That’s a good question. One of the things I’ve learned is that you can’t be afraid to do something different. You have to be adventurous and not be doing the same thing that everybody else is. Maybe that’s not surprising, but it’s very important. It can be very hard to realize early in your career.

For me, that has involved moving a few times, being involved in a new environment, and working with new people. Many of the problems that face us in materials and in other fields are highly interdisciplinary. You have to be comfortable with the fact that you do not know everything. [Laughs.] You never will. In doing that, it helps you reach out across boundaries to work with other people.

I am sure there have been many impact makers, but who has left an imprint on your professional DNA? Someone who influenced you on how you research, teach, and lead.

There have been many people. Of course, my PhD thesis advisor at MIT, was a key person, Ali Argon. In terms of leadership, when I was at the University of Michigan, we had a big group of females and a very open minded Dean who helped us influence things. We did a lot of work in the area of diversity at the faculty level. We had a group of people that tried to make sure that the college was a good place for female faculty. One of those people became provost of Michigan. She was just selected as the President of Cornell. Her name is Martha Pollack.

It’s important to have groups of people that you can work with to get things done, and to use as a sounding board for things other than just strictly technical work. People who will give you unfiltered opinions.

We all keep in touch and try to look out for the junior females in our respective fields and across the universities.

We have an increasing number of women studying STEM. Somehow, this is not reflected in the science and tech jobs. What have been the obstacles?

There are many obstacles. Part of it is the dual-career challenge. Trying to solve that problem for institutions is a huge challenge. You want to make sure that everyone is on track to have a successful career. That is the single biggest challenge.

We have worked very hard at accommodating the couple of people that have come to us. But it’s certainly a huge issue.

There are still challenges for females rising to leadership positions. These are not easy problems to solve. They tend to be institutional; they tend to be fairly unconscious. Those are the micro-inequities that accumulate for many women that send them in different directions than they might have gone.

I am in my sixth year of Department Chair. I plan to take a bit of a break and think about what’s next, research wise. It’ll give me more time to have impact on a few things nationally and to spend with graduate students.

It’s been tremendously exciting. I hope that junior females don’t view the path of academic research and academic leadership as too difficult. They often view the people who are successful as exceptions, rather than people who have taken a path that they themselves could take.

Getting that message out to young women, who want to start companies, or start academic careers, or do something adventurous, is quite important.