Phiona Mutesi: When Your Life Becomes a Disney Movie
February 8, 2014 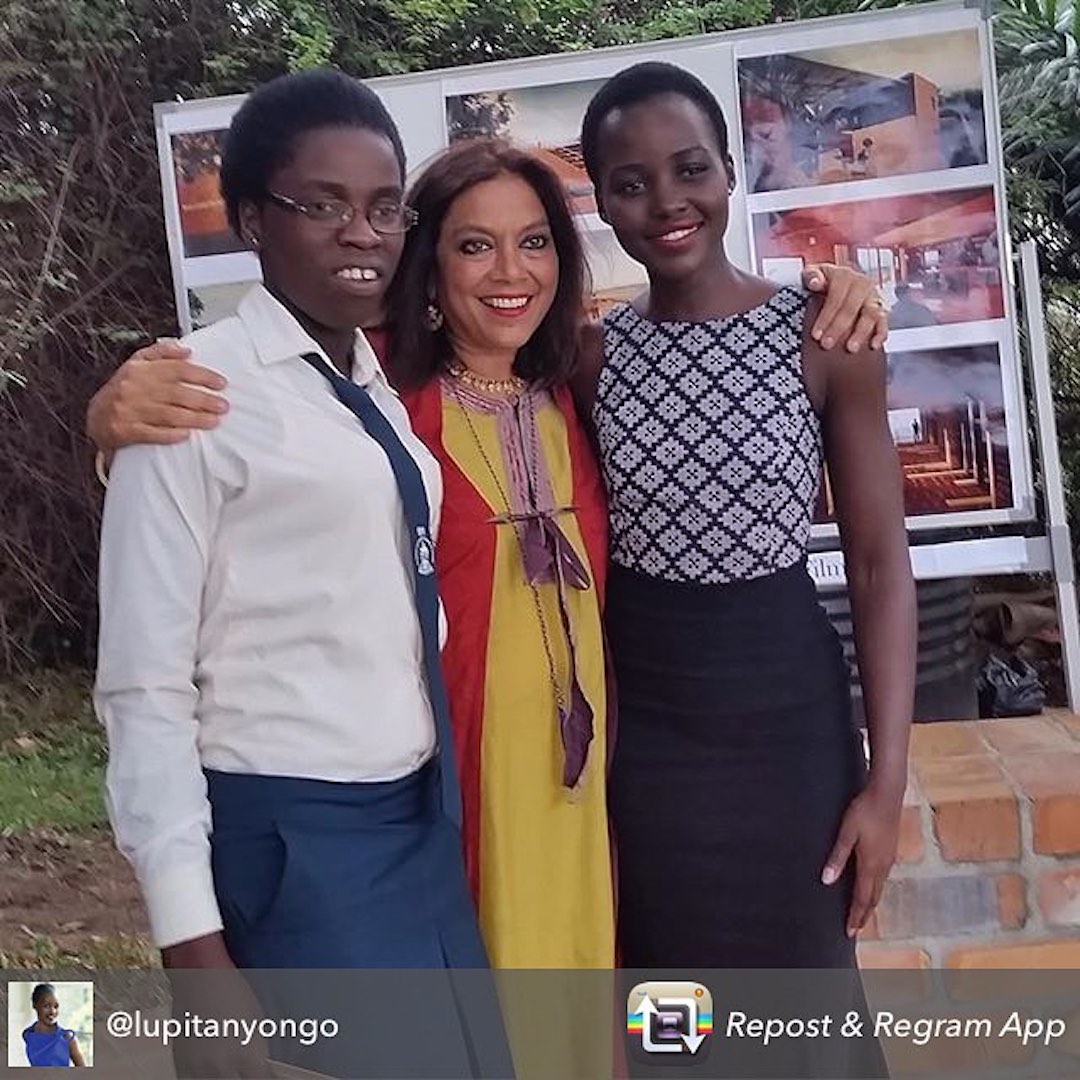 ESPN Films and Walt Disney Pictures will release a movie based on Phiona Mutesi’s life story: The Queen of Katwe (2016). Katwe is the slum area in Kampala, the capital of Uganda.

The actress Lupita Nyong’o stars as Phiona’s mother in the film. Actor David Oyelowo plays Robert Katende, a missionary and refugee of Uganda’s civil war, who started a chess program in Katwe. He would offer a bowl of porridge for every child that would participate.

Everyday Phiona and her brother would walk four miles to attend training. Phiona went on to become the National Champion of Uganda and compete in the World Chess Olympiad. She is the first titled female Ugandan chess player.

Sport Outreach Institute is the organization that supports Katende’s chess program. Lundberg had lunch with Robert Katende and Phiona Mutesi in Uganda, May 2016. 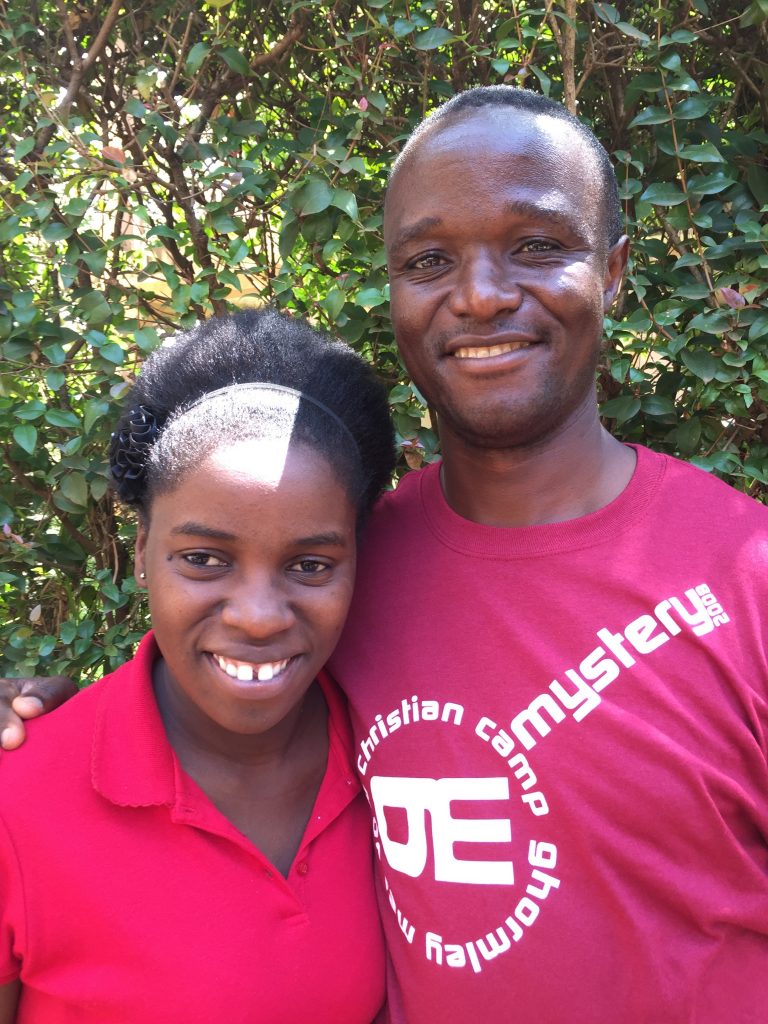 Robert, could you tell us who has been one or two of the people who have impacted you?

One of them is my grandmother. She was there for me right from my childhood. And my aunties, they did their best to help me out; it wasn’t easy. If they were not there perhaps I wouldn’t be who I am.

Then also, Aloysius Kyazze, my soccer coach who I met in the sports field. He literally became my spiritual father. Even today.

Phiona, who would your impact maker be?

My mom and my dad [Phiona Mutesi’s father died from AIDS when Mutesi was 3.] at the same time. My brothers and then my coach Robert Katende and his wife. They have been my life.

How has Robert impacted you?

Robert, you have made a life-changing impact.

I want to see how I can be a support to the children who are facing the same lifestyle I faced when I was a child. It feels like a hopeless situation — nothing to lean against. Going through that situation and helping me to overcome, to be who I am. I feel it is my obligation. I feel it’s a call upon my life to see how best I can be a blessing to empower youth who are going through the same kind of desperation or hopeless situation like I went through.

Your grandmother and your aunties provided you the support you needed?

Yes, at different times. There were moments like I was at the end. I was developing some indications of possibly taking my life because I felt like I had nothing to rely on. But enduring the situation provides you with another opportunity.

Then there is someone who comes up to make up with you once in a while. So I really feel so much that I want to be this someone. Someone who stands up for people who are going through destruction.

Phiona, in what way would you like to leave an impact?

I want be a pediatrician; I would like to treat kids. I used to see kids suffer in Katwe, no one would be bothered about it. I would like to be like a counselor to the youth, because most of the time when they are in my situation; you lose hope and see no future.

We know that a movie about your life has just been completed and due to be released soon. What’s next for you?

I am looking at my studies right now ‘cause I am completing my last year of high school. I’m going to be applying to university. 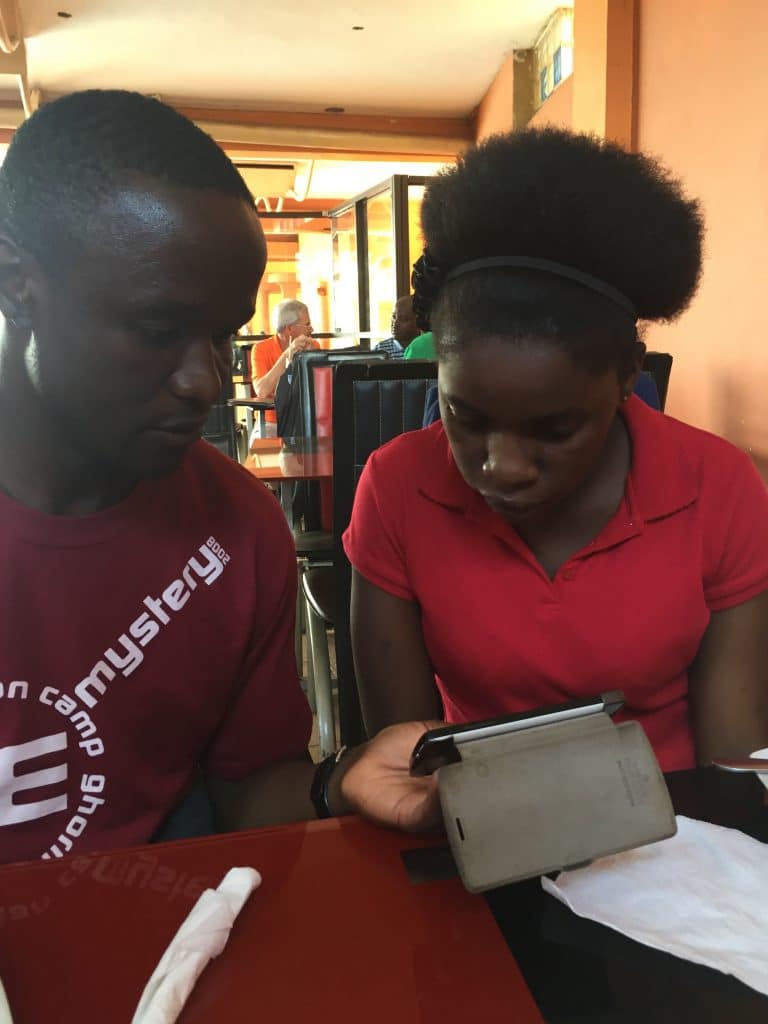 Robert and Phiona are watching the movie trailer, Queen of Katwe

Robert you’ve created an impact by starting a chess program that’s had international acclaim. Now the movie is about to come out. How would you like to see that materialize?

Yes, it’s quite a blessing to see this happening. I’m looking forward to seeing a positive impact on the people facing challenging lifestyles in the slums in Katwe.

I would like this movie and this story to be a point of hope and restoration. Inspire them to endure, no matter what kind of circumstances they may face. To realize that amidst all circumstances, however horrible they may be, there is always a way out but that only comes if you really have the hope to hang in there. Plus I’d like to advise possible ways on how best you can go and make it happen.

Robert, we spent a couple hours in the Katwe slum this morning and there is a great need there. You are making an impact but there’s so much more need. Do you think the movie will tell the story well enough to provide a magnification of your efforts, add a real boost to what you’re trying to do there?

Yes, I believe it will, because the movie is focusing on Phiona’s life. It is an indicator of what the situation is like. It’s just a glimpse of the actual destruction on the ground – people are going through horrible and terrifying situations. You can’t even imagine how they are able to live with it. I believe they need someone to stand with them. I would like people to realize that everyone of us, we need to take responsibility, because I believe every one of us has something to offer. Many times people ignore the situation, they say we are in a different status quo. If we can be there and be willing to stand up for one another, we can really change this world and make it a better place.

Phiona, lots of young girls will see this movie. What message would you like the movie to give to them?

I want the young girls to know that whatever life they are living in, let them not lose hope. Let them be patient. You never know, there’s something that might be waiting for you. Because that’s the way it was for me. I was also losing hope, but it was God, who restored hope in me.

I would like this movie to also restore hope for those who have lost it.

Is there anything you would tell those young girls to do that might improve their chances of that?

I would like them to be hardworking in their lives and to be patient with whatever they’re doing. Let them not rush. Yeah, let them be hard working and patient. Everything will come their way.

Interview and photos by Cliff Lundberg.

ESPN article on Phiona Mutesi and the upcoming film: Queen of Katwe.

More on Robert Katende on CNN.