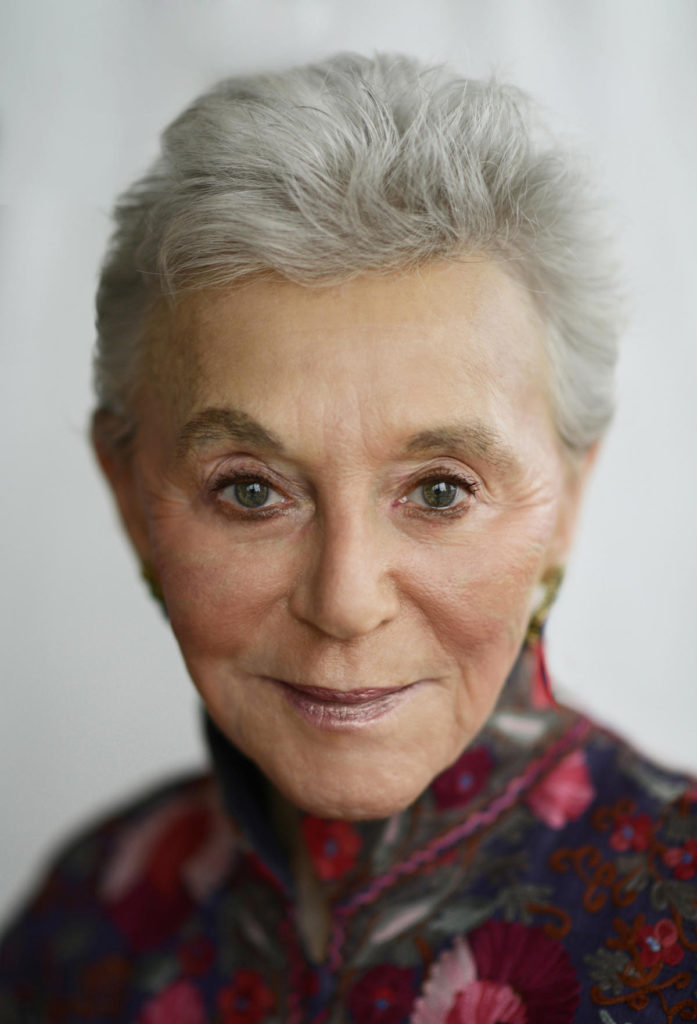 Eva Haller, a social activist at age 14, created anti-Hitler leaflets while she was in the Hungarian resistance with her older brother. She talked herself out of the hands of a Nazi officer and helped the release of a 10-year-old boy whose life was entrusted on her.

In the United States, Eva Haller met her two impact makers who groomed her as a mentor, her most important role in life. Forbes Women’s Summit honored Eva Haller with the Inaugural Mentoring Award in 2013.

Haller spoke with impactmania about what is needed for social impact and why some women are still unsupportive of other women.

What do you think is needed for social impact with everything going on after the presidential election? You have said that one thing people could do is support the existing structures.

As a first step, people need to understand what those structures are. They need to know what exists and what can be helped within what exists. Most people love to start new organizations because it’s an ego trip. We don’t need an ego trip right now.

The president-elect is teaching us something enormously important. And that is, conventions haven’t worked. The most obvious next step in my mind is to re-examine all the ways we handled things before.

The institutional ways we have built this country are clearly not working. And there is this guy who is showing us that by defying all traditions, he is making a whole new way. Clearly caring about society, institutions, and order is not where he’s coming from. We should learn from the election that it is not a good idea to dismiss him.

Can you talk more about what people can do to support existing structures?

You start by clearly examining what this man is doing. What are the steps he’s taking to destroy those things that we built up? Who are the people whom he has selected? What are good organizations we can support? Here I remember, Ellen Malcolm, one of the IBM heirs, who decided to create Emily’s List. [Before Ellen Malcolm founded Emily’s List 30 years ago, no Democratic woman had ever been elected to the Senate in her own right.]

We have to understand that, even when you get to be 87, like me, social media is our most important weapon — if you know how to use it.  I am on the Board of an organization called News Literacy Project (NLP).

It started nine years ago; it had a very hard beginning because nobody cared about it. Suddenly everybody is talking about fake news, “My god, young people have no idea where they get their news from.” They don’t know whether the news they believe is fake, half-fake, or half-baked.

There was a piece about NLP on NPR the other day and the president of our board suggested that we put it on our Facebook page. I think we got 5,000 responses in one day. Yesterday we received $700,000 from the Emerson Collective in Silicon Valley. Our whole budget wasn’t that much! Change in a terrible direction and change in a good direction can happen very fast.

We always ask our interviewees who made an imprint on their professional DNA. Who has shaped you as an activist and philanthropist?

I believe, very firmly, that the greatest gift you can give to another human being is to share with them the idea that you believe in them. That one-day they will be able to achieve what they are hoping to achieve.

If anyone asks me, “What’s your identity?” I introduce myself as a mentor — and not as a philanthropist or not even as a social activist — because I have been mentored so well.

I have gotten so much from one friend in particular, her name is Joyce Edward, she’s 96. She’s a social worker; she has a PhD, and taught at Smith College. She not only believed in me, she pushed me to go to graduate school and become a social worker. She’s still proud of me. She’s eight years older than I am, still very beautiful, still very active, and she still believes in me.

The other friend was more on an equal basis. Barbara Pontecorvo, who’s about a year younger than I am. She took me in like a sister; she shared with me her parents so that I felt I had a home. I’m the godmother of Barbara’s three sons. I became part of that family.

Both Joyce and Barbara mentored me by the way they lived. I’m so grateful that the two women are such great women with such wonderful values.

You have been surrounded by amazing women, however do you feel that women generally are pretty lousy at supporting other women?

It has to do with economics. In India where some mother-in-law throws the daughter-in-law into a fire because by killing the bride, you get another bride with some more cows. Women can be very vicious to women. Successful women have less to lose. If they are successful they can sit back and be far more generous.

In a society where we are not financially threatened by each other, our feminine values, when they come out, couldn’t be nobler and more wonderful and more supportive.

I love my women friends. I cherish them, and I get a great kick out of them. I find it so difficult when I see some of these shrewd women who are against other women, or against the right of abortion and independence.

What message do you have for the next-generation of women?

That still holds true when you’re 87 years old: Why are you going to get up next morning? What is the reason that you should be still here? That validation cannot come from anybody but you.

That is important because it keeps you working towards self-realization. But now, instead of worrying about how am I viewed, I can help someone else to view himself or herself.

It’s interesting because you get when you give; it is a win for you too.

Absolutely. I get a kick out of seeing something lovely happening that got started at this table.

Along with her late husband, Murray Roman, Eva Haller co-founded the Campaign Communications Institute of America, a marketing and research company that revolutionized the use of telemarketing in political campaigns.

Eva Haller is the inaugural Forbes Women’s Summit award winner and recipient of The Magnus Magnusson Fellowship. She is also the founding Chair of Sing for Hope. See impactmania’s interview with Monica Yunus, co-founder of Sing for Hope.