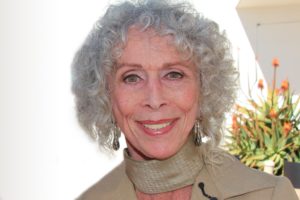 Betty Hatch’s involvement and recognition throughout the Santa Barbara community has been an over 30-year commitment, impacting the lives of locals and adolescent students with her experiences and insights for success.

Among many of Hatch’s accomplishments includes the formation the Santa Barbara County Film Council in 1987, leading the organization until 1991, when she founded the Leadership Santa Barbara County later in 1991, serving as the board of trustees chair for several years.

Her contributions have lead to numerous honors, including the 2013 Community Leadership award from the American Heart Association, where fellow honoree, longtime friend and former entertainment news producer Rona Barrett, described Hatch as “loving and courageous.”

Started in 1980, La Belle Foundation is a nonprofit organization whose objective is to bring the teaching of self-esteem, self-development and personal and social responsibility to public school students without charge.

Hatch retired in 1993, dissolving the School and Agency, where she turned the focus towards the Foundation’s website that now contains over 300 pages, and receives over 2.5 million hits per year.

The new venture features life stories from the impressive life of Hatch, and the curriculum that she followed for her own long-term success.

The Self-Esteem Learning Foundation (S.E.L.F.) program is based on La Belle Professional experiences in training students to overcome some of the more unfortunate aspects of adolescence.

The three “P’s” emphasized in “The Free Way to Self-Esteem” Curriculum, were learned by Hatch when the word self-esteem was not in general usage. Personality, or “to be responsible,” poses questions, such as, “How do you view yourself,” and “Do you know how to let go.” While, Performance, “to do reliably,” queries “do you know how to manage your time,” and “do you know how and why to set goals.” Presentation, or “to show respect,” asks “how is your health,” and “do you walk with confidence.”

“I realized the value of the training was the curriculum on professionalism — training in appropriate presentation, excellent performance and a loving personality — I called them the three Ps,” Hatch said. “Any woman can succeed in her own business by sharing the work she loves with others.”

Videos from the program, where Hatch successfully took her experiences in modeling to teens in high schools show the transitory properties that the curriculum has on young lives.

During La Belle Professionals tenure, from 1963-1991, the school assisted teens with feelings of ineptness, unattractiveness and insignificance.

The course provides experiential training in the basic skills of meeting life’s challenges, giving each student a true sense of self worth.

Students are taught proper diet, exercise and grooming methods, encouraged to be timely for meetings and appointments, and exposed to showing respect not only for themselves but others, too.

The two hour, ten week, after school training given to 50 junior high male and female students, referred by teachers and staff.

Students were not required to take the training, but were selected on the basis of need, incorporating a diverse group of students.

Self-Esteem training was given to approximately 3500 students in four Santa Barbara, CA junior high schools between 1986 and 2001.

An impressive advisory board for the organization includes, Barbara Marx Hubbard, Foundation for Conscious Evolution founder, as well as Robert Reasoner, International Council for Self-Esteem founder, and John Vasconcellos, The Politics of Trust founder, and Jack Canfield, Chicken Soup for the Soul author and founder of the National Association for Self-Esteem. Hatch has been a past president of NASE, serving from 1991-1994.

When asked who her impact maker was, it was no surprise that Betty selected her loving husband, Stan. 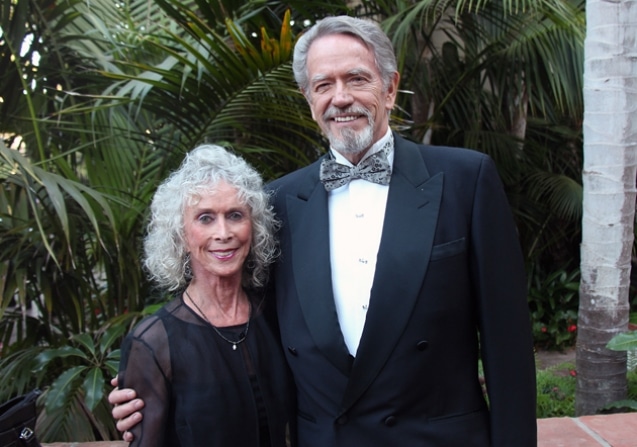 Today, the Hatch’s can be found in attendance at many of the numerous fundraising events and galas throughout Santa Barbara County, sharing and giving back to the many groups and organizations that drive impact in the region.

Stan’s own impressive background started when he came to Santa Barbara in 1961, armed with a law degree from Harvard, and successfully litigated an historic case that resulted in the removal of several hundred billboards that lined the freeway from Carpinteria to Santa Maria. 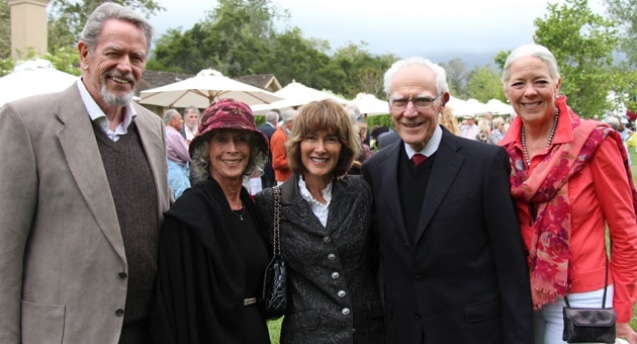 From left, Stan and Betty Hatch, Anne and Michael Towbes, and Janet Garufis are all smiles at an Ensemble Theater fundraiser. © Melissa Walker

Stan also handled the land use permitting for the Santa Barbara Polo Club, that preserved the polo fields in perpetuity and saved them from becoming a trailer park.

He was also instrumental in handling the legal issues involved in building a water pipeline from the San Joaquin Valley to Cachuma Lake, activating the County’s right to receive State Project Water. 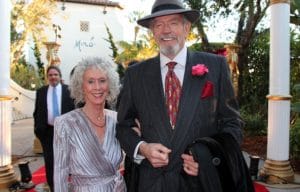 And, he has been involved in setting up new governmental entities, obtaining easements over three counties, complying with the California Environmental Quality Act, protecting endangered species, and financing facilities that cost over $600 million.

Stan also negotiated an amendment to the State Water Contract that resulted in savings to urban water users of over $2 Billion during the life of the contract. 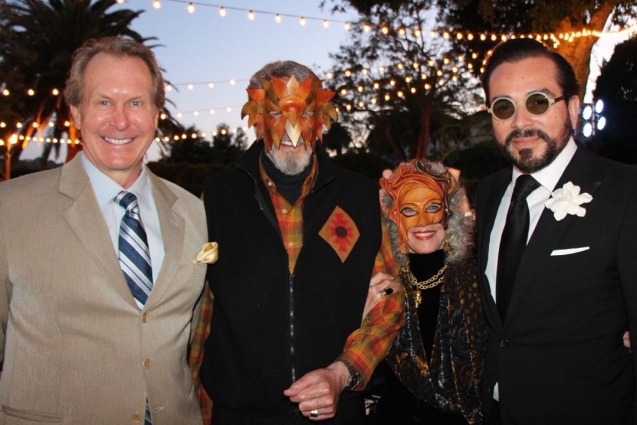